Last Saturday, the LEAP Center hosted a booth at Scare on the Square. Scare on the Square is an annual Halloween event sponsored by The Huntsville Main Street Program in which approximately 40 different businesses, schools, and local organizations host games and activities for community children. It is sponsored by local businesses and is a safe atmosphere for families to enjoy themselves.

The cost is one dollar per person at admission, but you could have avoided this by embracing the spooky costume fun and dressing up! Keeping with past traditions, the LEAP Ambassadors dressed up in the spirit of Scare on the Square and became Shaggy, Daphne, Velma, Fred…but somehow overlooked Scooby Doo. 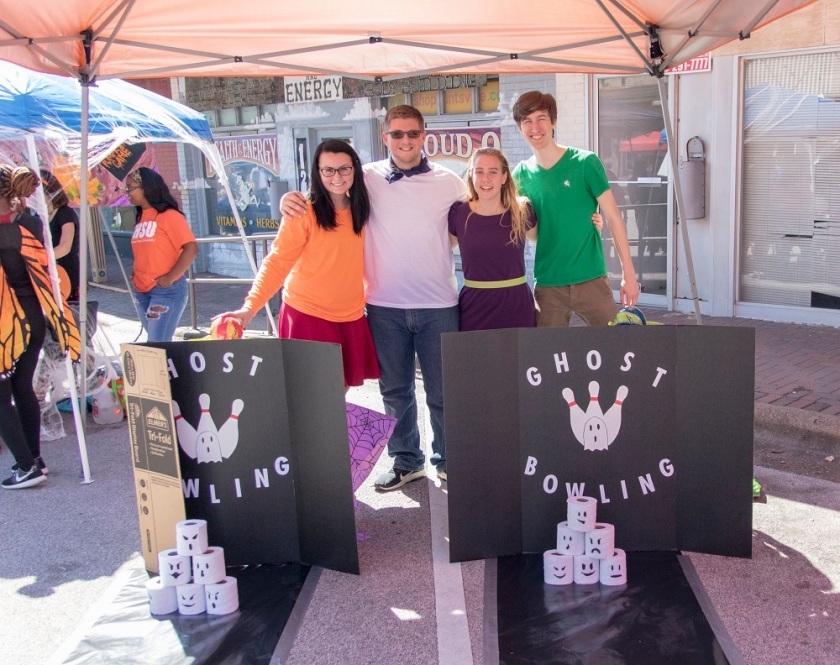 With the days ticking down to the spookiest event in Huntsville, the LEAP Ambassadors got together on their own time to design a fun, competitive, and a ghostly game. The idea become “Ghost Bowling” and the community kiddos had a wonderful time playing it. 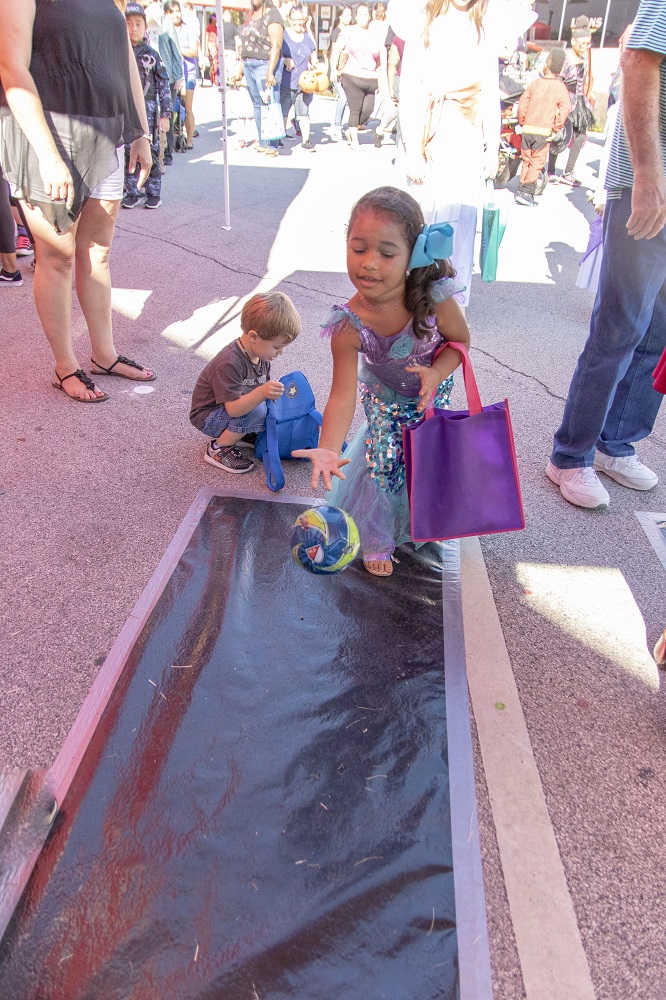 Just like regular bowling, it required the “pins” (toilet paper rolls that had drawn on ghost faces) to be set and the kids to knock the ghouls down by rolling the ball.

The SHSU Pre-Law Society and Pre-Law Cohort joined the Ambassadors in the event with their own unique games and tents.

The groups each prepared their tent with spooky decorations and helped make the day special for every person who attended. With smiling faces, all the children waited in line to play, ready to bust some ghosts and eat some candy! 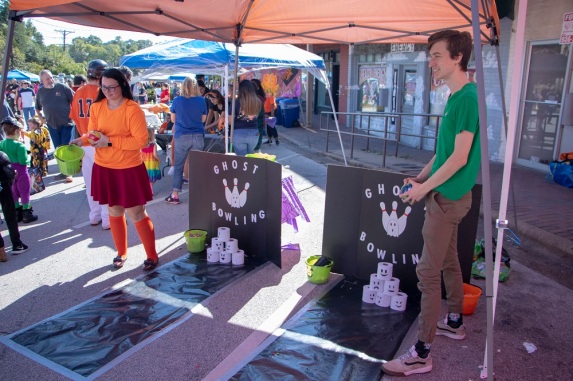 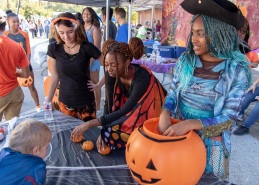 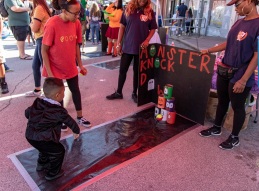 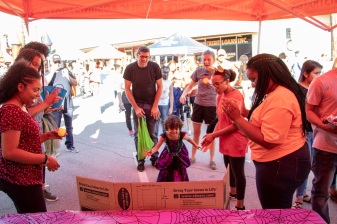 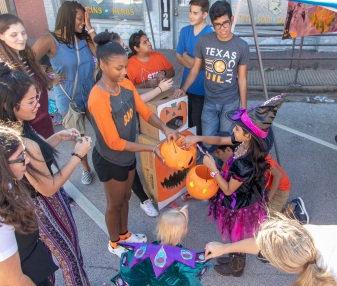 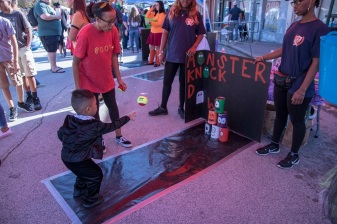 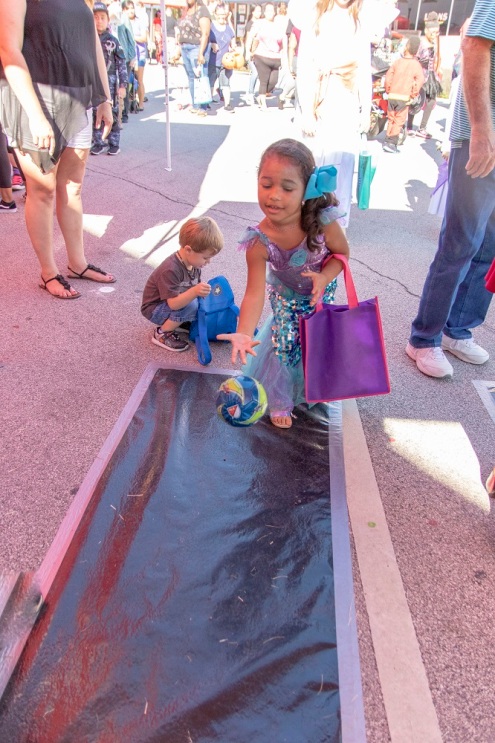 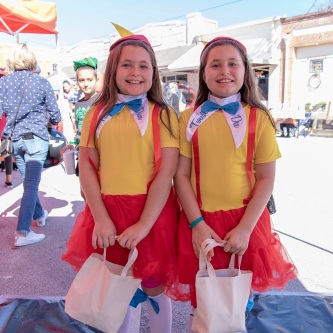 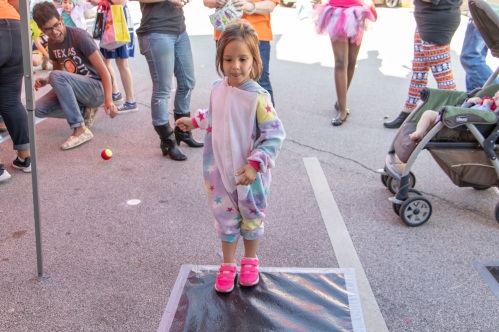 In between the hustling the bustling and giving out candy, we amused ourselves by noticing the creative costumes the kids would come in: Concha breads, Paw-Patrol pups, Elsas, a Huntsville Hornet Marching Band Member, as well as some actually frightening costumes.

After the LEAP center’s 2000 pieces of candy were gone, we packed our tent and witchy game satisfied with the 400 plus jolly children that had visited us. The LEAP Center is grateful to all of the sponsors that helped put on Scare on the Square and look forward to another hauntingly spectacular event next year! 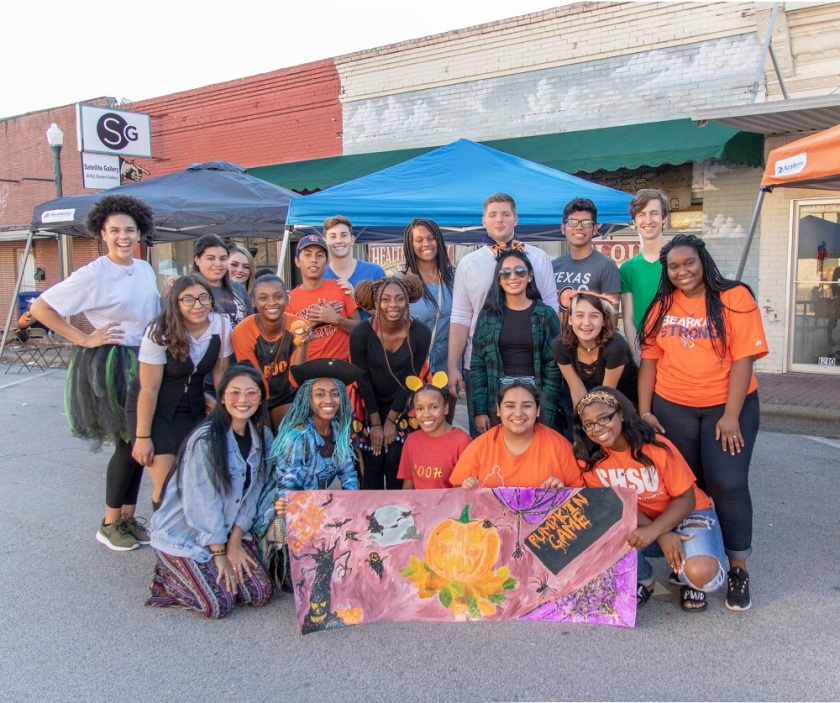