With the nearing of Veterans Day, the H.E.A.R.T.S. Veterans Museum hosted a flag dedication ceremony to honor the men and women who have served our nation. Organized by Jeff Bradley, and executed by the great staff at the HEARTS Veterans Museum, the ceremony brought in some of our elected officials and many local notables. 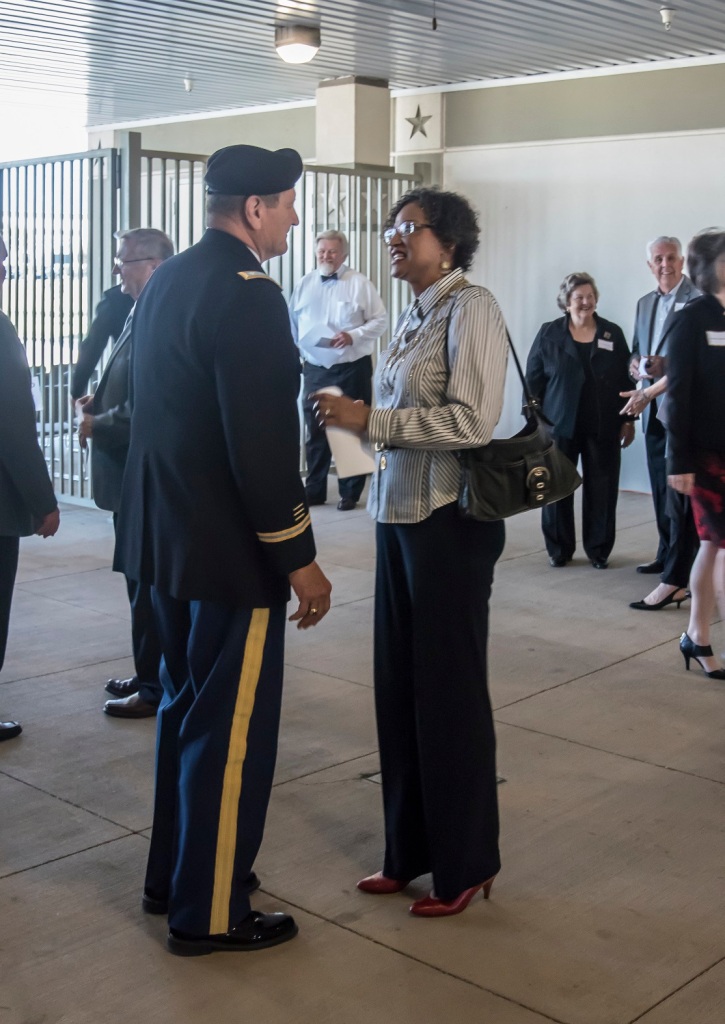 Mark Robinson, the director of the HEARTS Museum, began the ceremony. The Huntsville Men’s Choir led “The Star-Spangled Banner” and everyone joined in.  A few special guests were introduced: Senator Charles Schwertner; Mayor of Huntsville Andy Brauninger; Todd Stevens, the District Director for Congressman Brady; and others.

While the flags were being raised, the Huntsville Men’s Choir sang the Armed Forces Medley. It was a beautiful ceremony full of love, respect, and pride for our country. 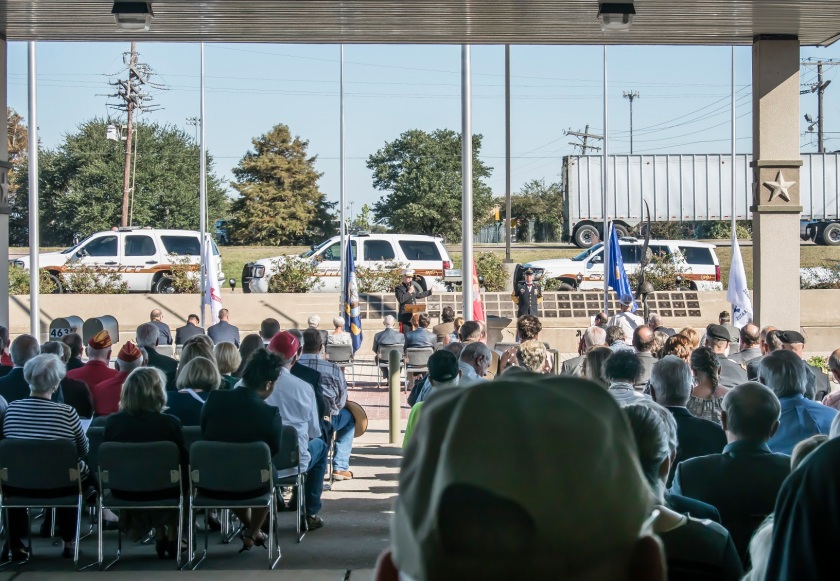 At the conclusion of the ceremony, the guests were welcomed into the Museum for refreshments and desserts. In order to continue honoring of veterans and the Armed Forces, the HEARTS Museum remained open with free admissions until noon that day. Some wandered through the museum enjoying the articles from past wars and learning about our military’s history, while others enjoyed conversation with current military members and veterans who were in attendance.

As noon came around, people began to shuffle out and thanked the staff for a wonderful ceremony.

With the flags flying high and the echo of the Men’s Choir’s chants resonating in our ears, we all made our way out from the Museum feeling proud of attending the ceremony.