On a glorious Saturday morning, the LEAP Ambassadors gladly spent their day at the John Henry Rather Park in Huntsville, helping to beautify their community. It all began with the Main Street Director, Ms. Debbie Charbonneau who, as part of the Main Street program, helps restore and promote downtown Huntsville.

Main Street hosts numerous events throughout the year, such as Fair on the Square, Scare on the Square, Downtown Farmers Market and more, all to attract tourists to historic downtown.

With all hands on deck, the LEAP Ambassadors assisted in the maintenance needed to be done to preserve and improve these areas. With a few materials–buckets, rags, spray paint, and eight Ambassadors–the park’s dusty and worn planters were given a new life. 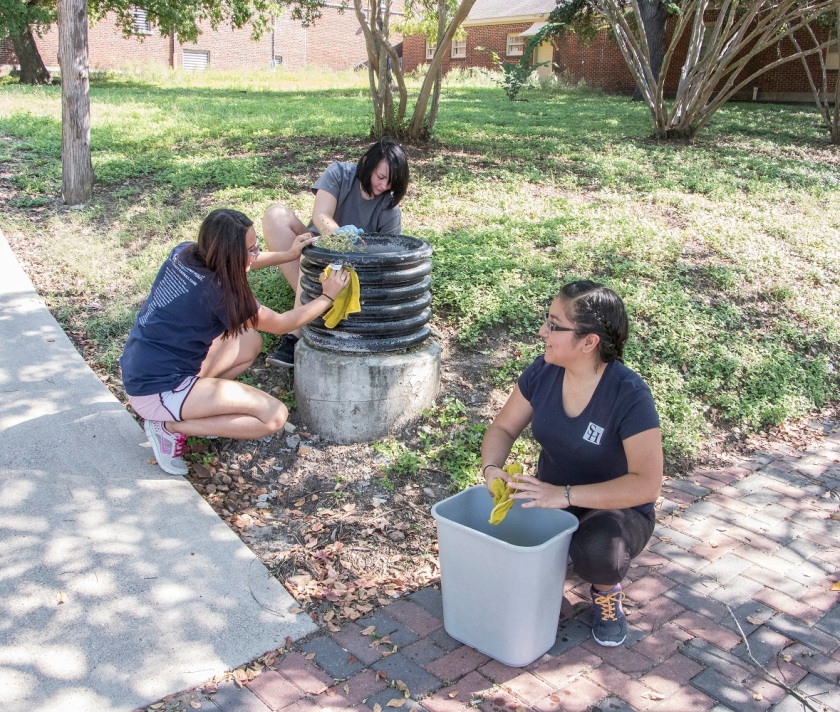 Undoubtedly, the team work and the lovely temperature in the low 80 degrees expedited the process; 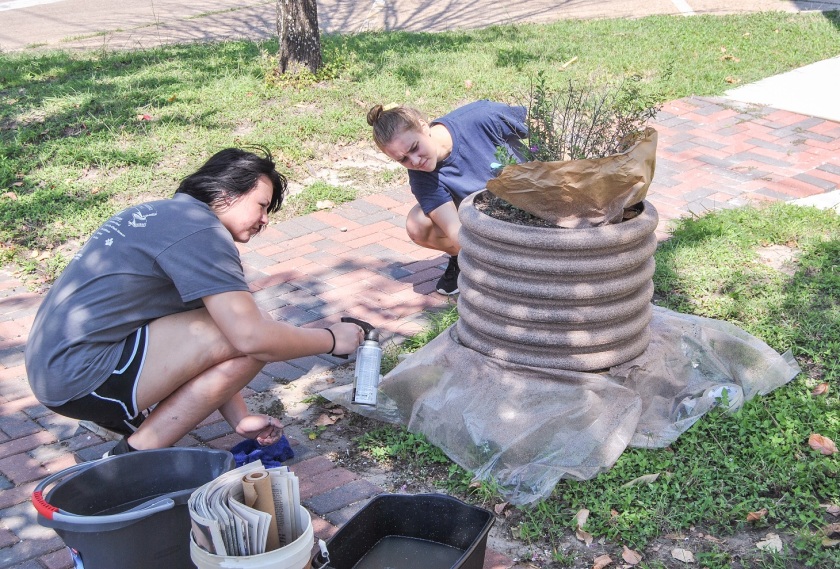 while some Ambassadors wiped clean the dusty and flaky surfaces, others tackled the painting process.

Not to mention that with the help and support of both Ms. Debbie Charbonneau and Mrs. Linda McKenzie, our team were able to help the planters turn over a new leaf.

Although the project was small, it certainly created a big impact and the downtown streets never looked better with their new additions.

After our work was completed, we stopped by the local restaurant, Farm House Sweets & Eats. There, we chit-chatted and enjoyed our delicious handcrafted meals and, of course, ordered some mouthwatering fried pie for dessert!