In an effort to educate the campus and community about what the LEAP Center is, the LEAP Ambassadors compiled pictures of events to showcase the organization in the LSC Art Gallery.

The exhibit, which was open from September 2-September 16, showcased some 160 photographs (culled down from more than 90,000) across six categories: speakers, travel, fine arts, volunteerism, experiential learning, and programs.

This past  September 14th the LEAP Center hosted an opening reception for the art exhibit. Many students, University staff, and community members came out to support the LEAP Ambassadors and learn more about what the LEAP Center does. 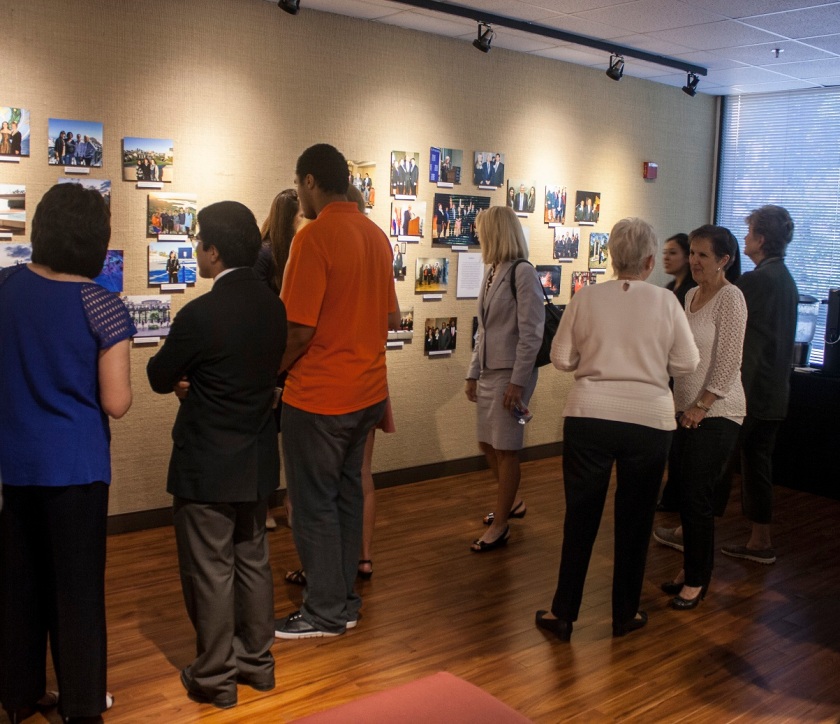 Each category emphasized our favorite and most notable events. For example, LEAP Ambassadors have traveled twice to see Stephen Hawking present a lecture, and we have also seen public figures such as Alan Alda, Bill Schneider, Douglas Brinkley, Governor Abbott, and Vicente Fox. All of these photos appeared under “Speakers” and, of course, additional photos were featured in the other categories.

The LEAP Center is thankful for the opportunity to showcase the organization.  Numerous students attended, some of whom might make for good LEAP Ambassadors themselves someday! 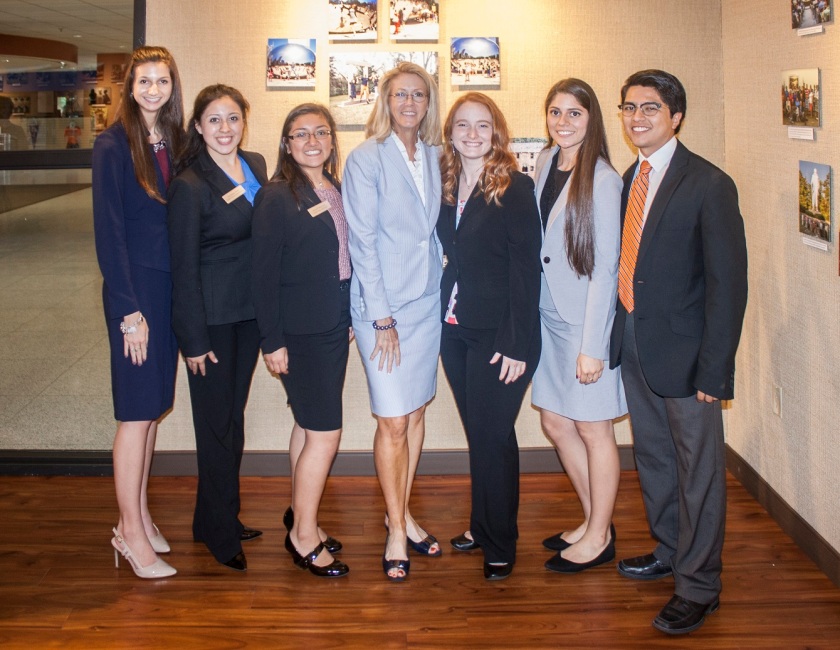 …Mac Woodward, Charlie Vienne, Gene Roberts, and many others.  We also had a chance to see some of our favorite community people, including Linda Pease, Terry Stivers, Carol Hays, and others. 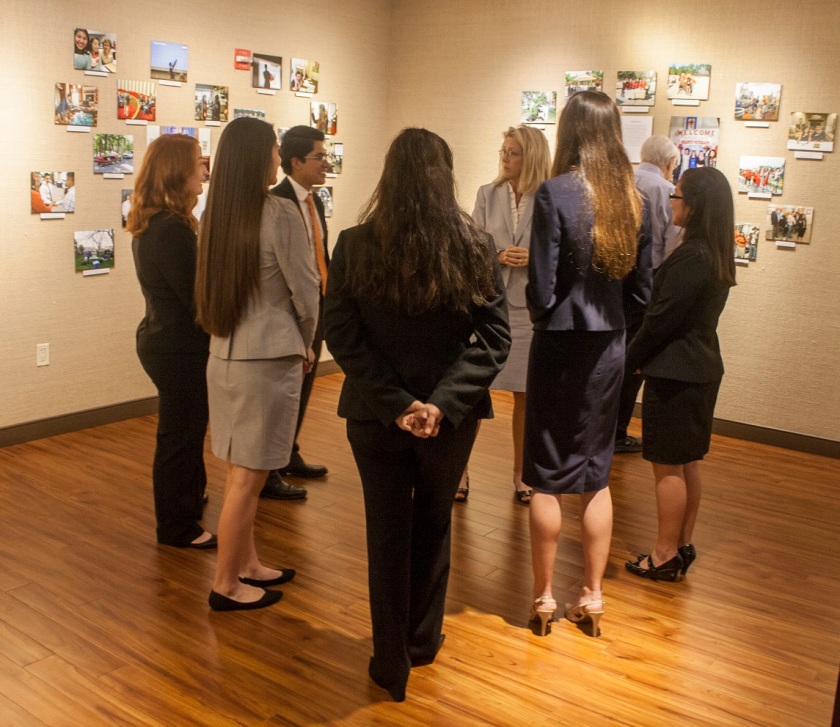