The cadence began and we, the SHSU ROTC, stepped with our left foot first, beginning to march. Gripping the flag as tight as I could, I remembered all those who once fought for those colors. The Texas flag lowered, and the National Anthem began. The audience proudly sang along. As we posted the flags, I looked up to make sure the Texas star was facing the silent audience. I quickly took a left turn, faced the American flag, and saluted. I was honored to represent ROTC and the LEAP Center at the HEARTS Museum’s Annual Veteran’s Day Gala.

As we marched away Col Dennis Beal (ret) began to introduce the Huntsville Men’s choir. They sang “America the Beautiful” and the “Armed Forces Medley”. It was a breathtaking site to see the veterans stand up and honor their branch.

For attendants of the Gala, the Men’s Choir is always a highlight of the evening. When the Army song played, I stood up at attention, and listened. I couldn’t help but sing along and this time I tried really hard to listen to each word: “Count the brave; count the true, who have fought to victory.” These words repeated themselves in my mind all evening resonating as the reason we honor veterans every year. After the medley was sung, LTCOL Bill Miller gave the invocation and Executive Director of the HEARTS Museum, Command Sergeant Major (ret), Mark Robinson welcomed guests signaling the start of dinner.

As a member of ROTC and a LEAP Ambassador, I had dual duties.  With the colors presented, I transitioned to my role as a LEAP Ambassador. The Ambassadors volunteered to run the silent auction throughout the evening. We were responsible for the auction by monitoring the bidding, and collecting the money and donations at the end of the evening.

This year, the silent auction proceeds supported the ROTC Martinez Scholarship. The Martinez Scholarship is awarded to an ROTC cadet each year and honors a pioneer family–Sam and Maria Martinez.  The LEAP Ambassadors were grateful to be a small part of such a worthy cause.

The silent auction consisted of many delicious desserts, patriotic gifts, paintings, and jewelry. 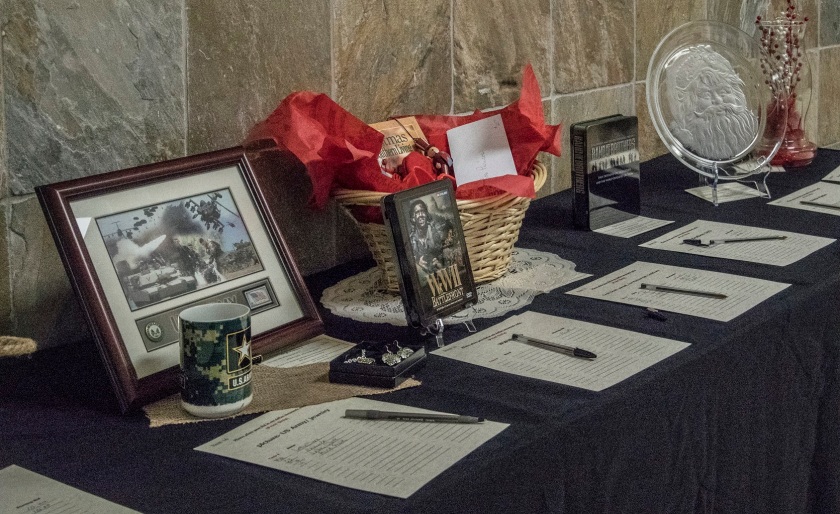 The auction closed following dinner, signaling the Ambassadors to collect the bid sheets, notify winners, and prepare the items for pickup. This was undoubtedly the most challenging aspect of our job because we only had a short window of time to prepare before the program ended.

U.S. Congressman Kevin Brady was present at the Gala to thank veterans and show his support. We were fortunate enough to speak with Congressman Brady and thank him for his Congressional service. It is always rewarding for LEAP Ambassadors to visit with our elected officials and learn from them. 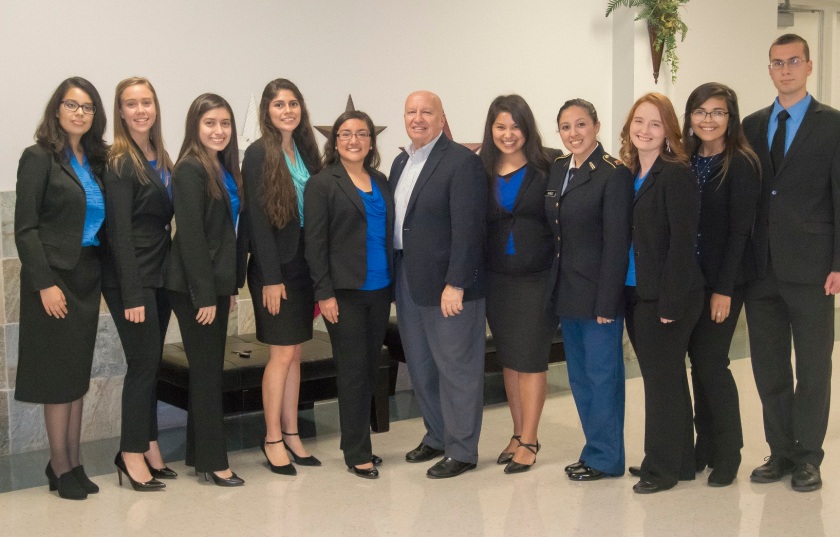 C.F. Hazelwood then gave a benediction to end the Veterans Day Gala. The auction winners were instructed to pay and receive their items as they walked out. Some bought one item, while others took home more than four.

We ended the event with Mrs. Clark (the HEARTS Museum Officer Manger) by discussing the event in After Action Review (AAR) format. Overall, the event was successful, and we are excited for the next HEARTS Veterans Museum event! Thank you to the HEARTS Museum for allowing the Ambassadors to volunteer each year in support of our local veterans.