On Thursday afternoon, dozens of supporters of the Democratic party filled the Katy and Don E. Walker Sr. Education Center to hear from Beto O’Rourke himself, as he continues his campaign for Texas Senator. Community members, SHSU students and faculty, and notable public figures such as Andy Brauninger, Huntsville’s current Mayor, comprised the large crowd. 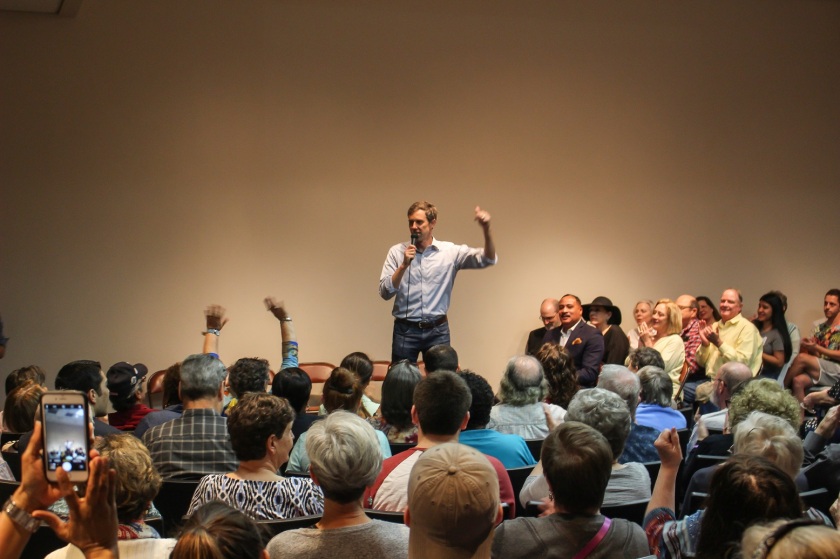 O’Rourke is a Democratic member of the U.S. House, representing Texas’s 16th Congressional District, and–a few days after his appearance in Huntsville–he won the Democratic Primary for the US Senate seat.  He will face incumbent Republican Ted Cruz in the November general election. 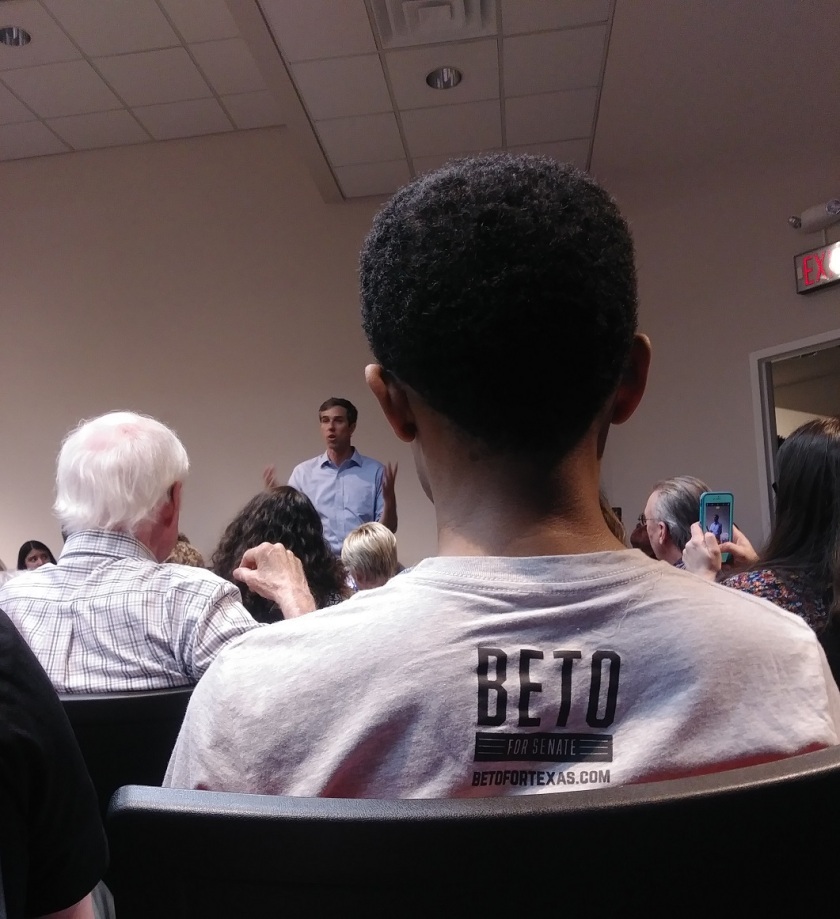 No Democrat has won a state-wide election since 1994, but O’Rourke’s many public appearances have been vital to his growing popularity and to his campaign. On his campaign trail across the Lone Star State, O’Rourke visited eleven communities in East Texas in just two days. Earlier on Thursday, he made his way to Longview, Jacksonville, Nacogdoches and Huntsville; making our adopted community his last stop. While livestreaming on Facebook, Beto O’Rourke was received at the town hall with much enthusiasm by the euphoric applause of the crowd. The 45-year old candidate from El Paso Texas addressed key issues such as immigration, healthcare, and gun control: 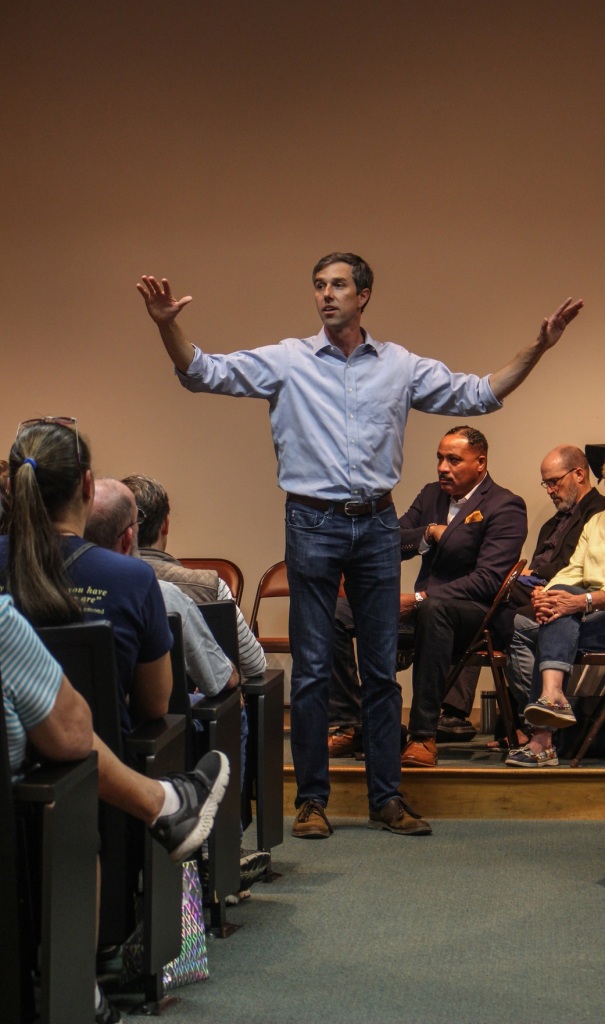 Throughout his campaign, O’Rourke has invited people to move past partisanship to fight for the health, safety, and security of the American communities. After delivering his speech, O’Rourke took questions and welcomed the opinions, concerns and recommendations of the constituents present.  Undoubtedly, Thursday afternoon was an exciting day for the Democratic party, especially to members such as Dorothy Willett, the president of the Walker County Democratic party, whose efforts to bring O’Rourke to Huntsville came to fruition! 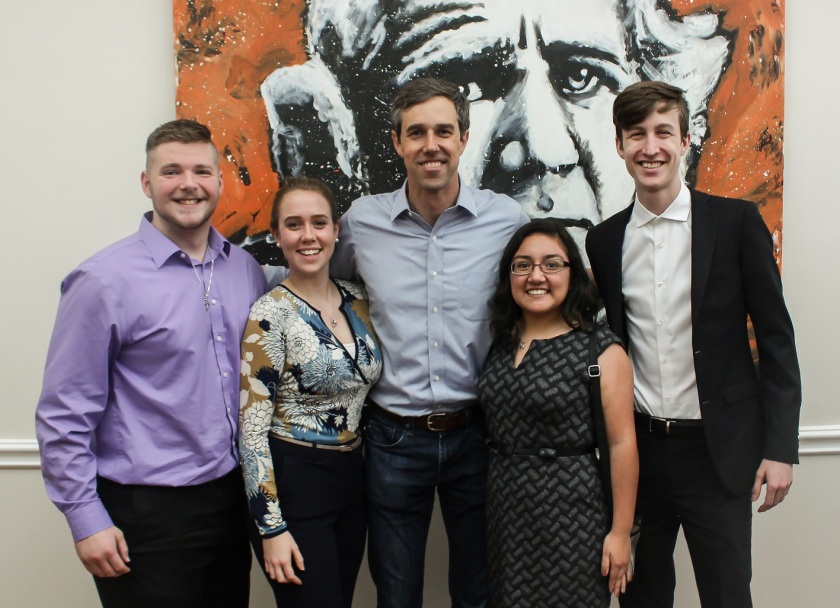