As with previous years, Councilmember Joe Rodriquez was generous and spared time to speak with immigrants about his story.

His discussion was inspirational: he’s able to approach the class from the perspective of being the children of immigrants, as a person who worked in the US Government (he was employed by the FBI), and as a person who currently serves his local government (as a councilmember, among other volunteer endeavors).

Once again, the LEAP Ambassadors assisted immigrants, sitting each week as volunteers. 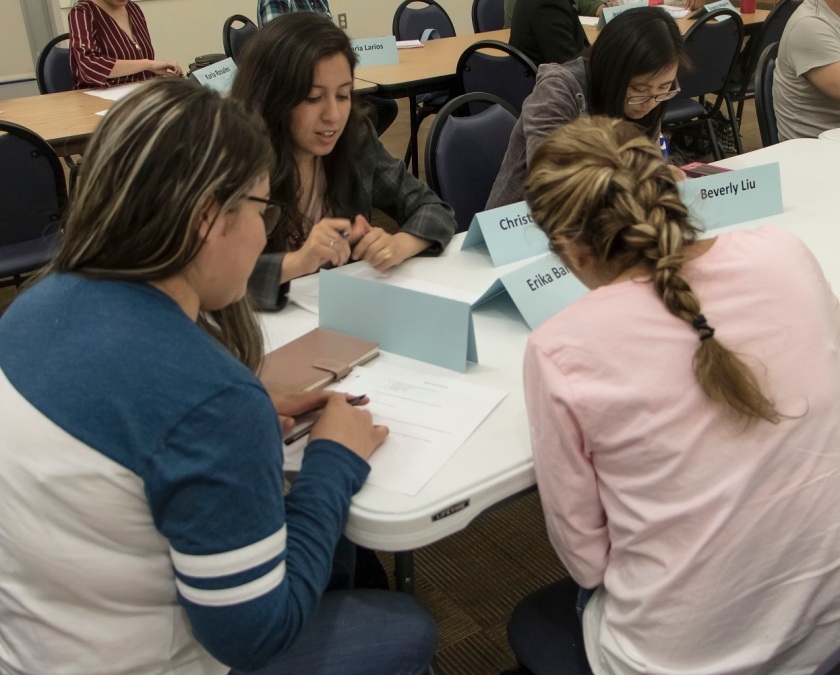 The volunteers included past interns Christina Perez and Karla Rosales.

This year, more than 30 immigrants signed up, but as with previous years, the number of regular class-goers stabilized at just under 20.  They were a diverse lot, who soon gelled and found ways to help each other.

Also helping was Audrey Biggar, who joins us for week five and provides an overview of the legal aspects of immigrating. 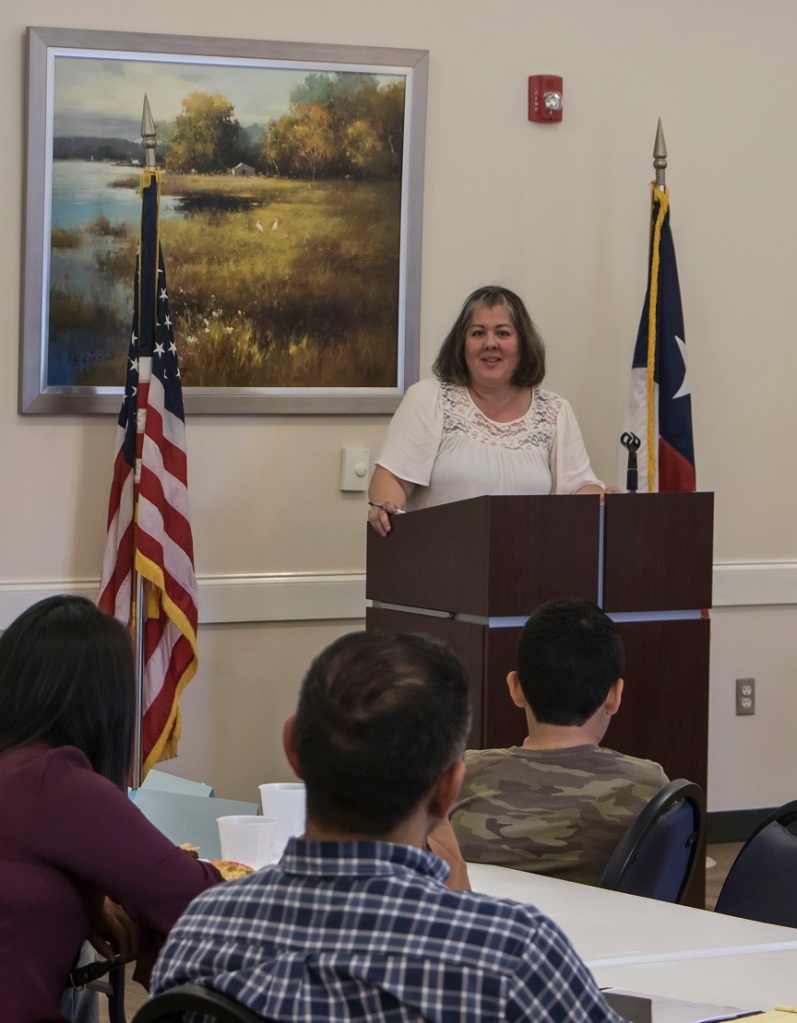 Ms. Biggar has been a huge friend to our program over the years, and she serves the community in many ways.  We are grateful for her ongoing support.

Other than Ms. Biggar’s appearance, the highlight of week five is our “Thanksgiving.”  The immigrants are expected to our major holidays to pass the Citizenship Test, and to reinforce these dates, we host our own Thanksgiving, with each immigrant (and volunteer) bringing food indigenous to their home country.

With food from Africa, South America, Mexico, Europe, and the USA…

…we all leave stuffed.

But not so stuffed that we can’t pose for photographs, with Bianca posing with her “students” and certificates she created for them. 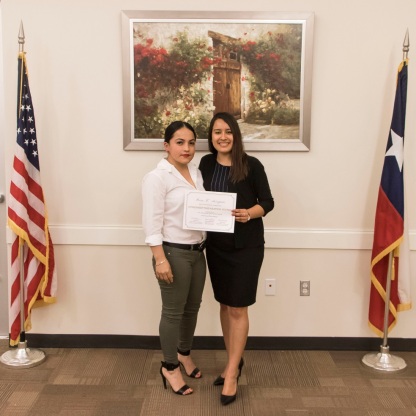 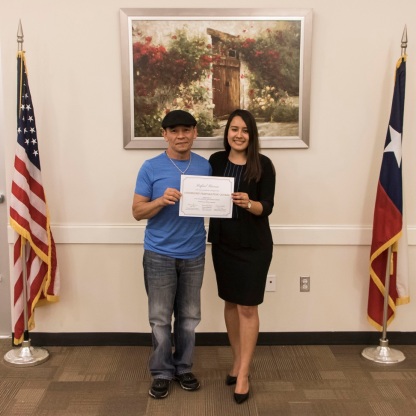 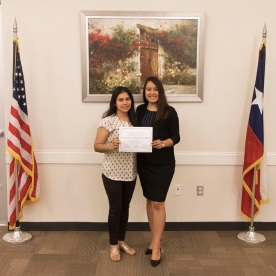 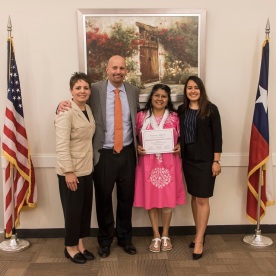 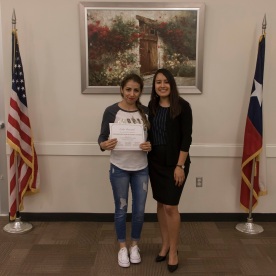 And, of course, a group photo.

But this year had a bonus.  Councilmember Rodriquez put the citizenship class on the Huntsville City Council agenda, and the group was recognized by the Mayor… 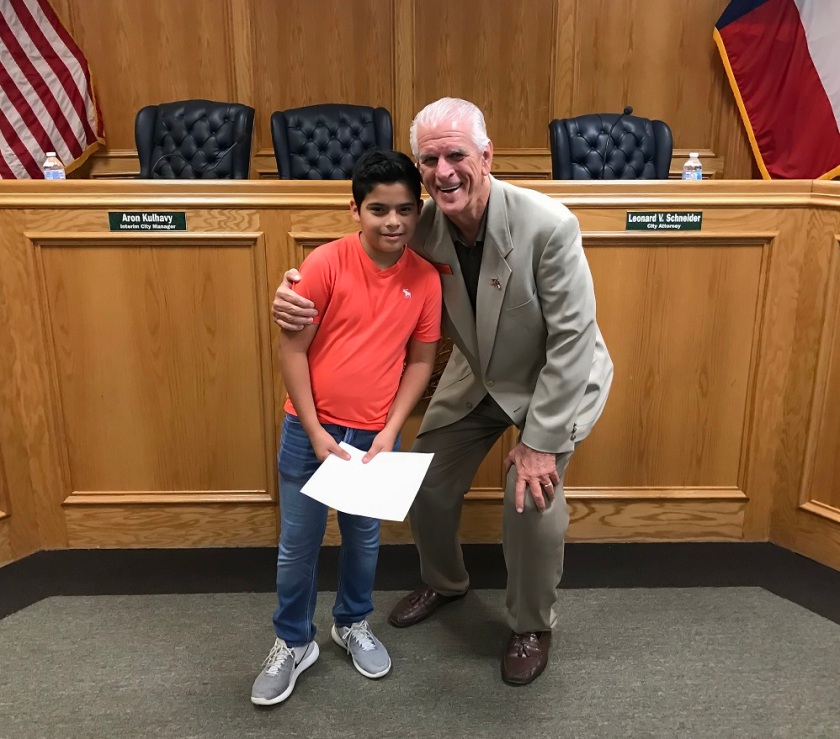 …and other council members.

For a group who had never been to a council meeting and may have thought of the local government as a mysterious entity, it was a great night of learning.

Many thanks to the Huntsville City Council, the Huntsville Public Library, Bianca Saldierna and the LEAP Ambassadors, and most of all to the local immigrants who are taking an important step!