The LEAP Ambassadors and friends had the opportunity to see Diplomat in Residence Julie Kavanagh discuss her experiences and role working with foreign governments at an informative World Affairs Council “Young Professionals” event. The event took place in the Churchill Room of the Black Labrador, a cozy British pub in downtown Houston. Approximately 45 people, most of whom where business professionals and interested American Foreign Policy, were squeezed into the room to hear Mrs. Kavanagh’s presentation. 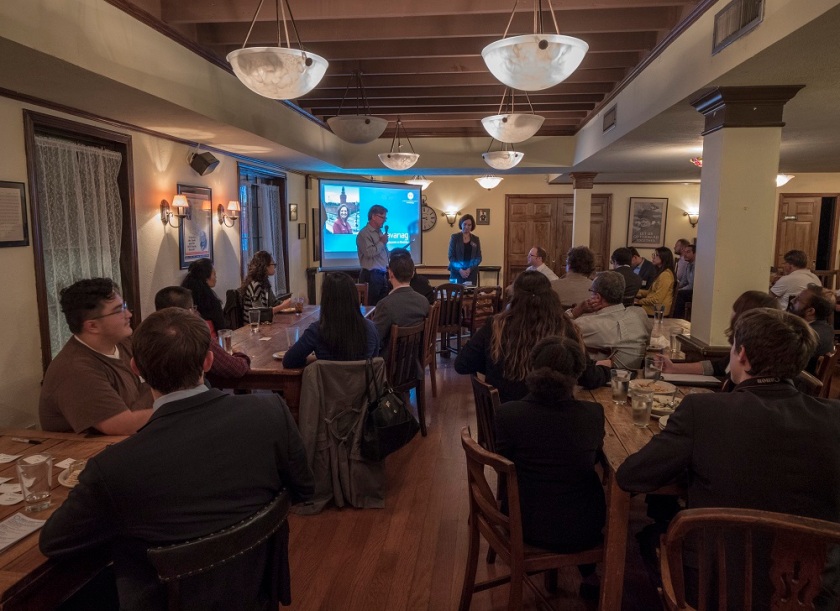 Tables were stocked with platters of grapes and crackers and cheeses meant for grazing while everyone conversed before the event began.

We had the chance to meet a software engineer who worked for IBM and an engineer working for NASA whom had interesting stories and insight based on their experiences. 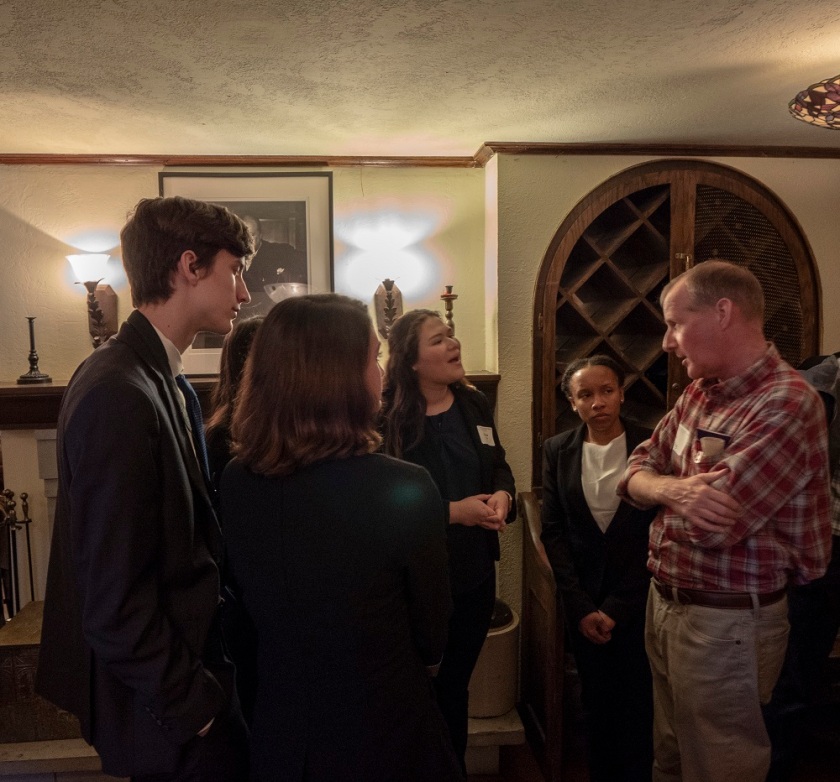 Kavanagh, suffering from a cold, but eager to present, began by explaining her background and what led her to become one of the most prominent diplomats representing the United States. She received her master’s degree in Latin American Studies at Georgetown University before pursuing a career in foreign policy. As a Minister Counselor, she traveled to Brazil, Colombia, Taiwan, China, Singapore, and Russia; this resulted in Kavanagh being able to speak Mandarin, Spanish, Portuguese, and some Russian. 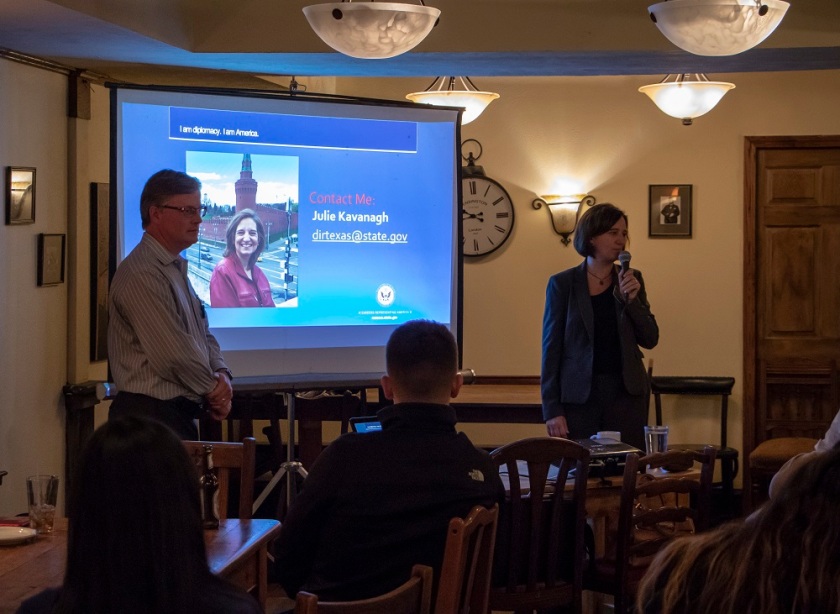 While the State Department prohibits diplomats from offering purely personal opinions on foreign policy, she gave insight on the work environment when dealing with federal officials from other nations. 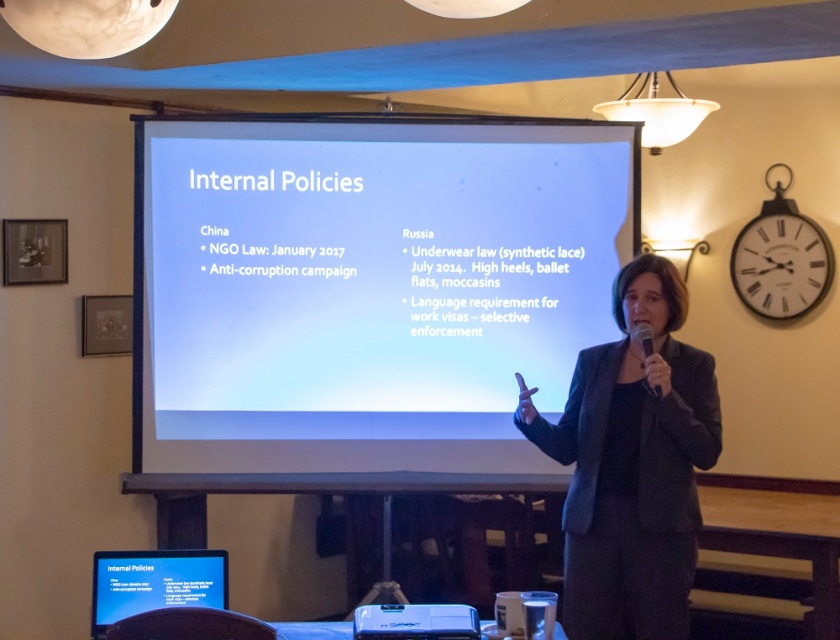 Her most memorable moment working abroad was when she responded to an airplane crash in Taipei, Taiwan. With nearly 100 U.S. citizens aboard, some killed, some critically injured, and still others injured in unseen ways, her team sprang into action to support and assist the victims and their families. They notified next of kin whose relatives had been killed, facilitated DNA analysis for identification purposes, connected survivors with family, and provided countless other services to help American citizens; from assisting them to replace medication lost in the crash to holding their hand in the hospital until their family could arrive. Mrs. Kavanagh was charged with leading the American crisis support center and keeping it running twenty-four hours a day. 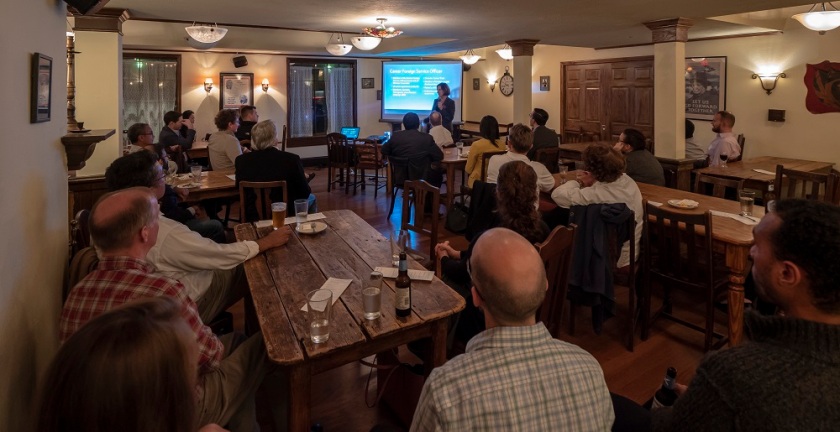 When she opened up the room for questions, Miranda Estrada, an SHSU Student attending a LEAP event  for the first time, stood up and asked Mrs. Kavanagh a question that speaks to her own interest in a career in diplomacy. 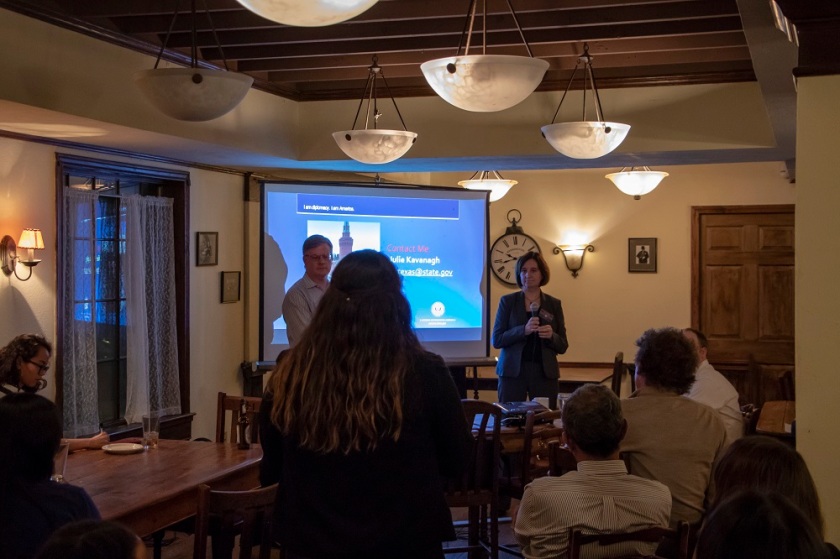 She asked, “How did you parley your master’s in Latin American Studies to a career in foreign policy?” Kavanagh noted that it was “an excellent question,” thanked the students for coming “all the way from SHSU,” and responded, in length, that her studies were essential in learning new languages such as Spanish along with Portuguese, which opened new doors and allowed her to travel to countries such as Brazil and Colombia as a Minister Counselor. After the presentation, Kavanagh graciously answered any follow up questions people had and soon a small crowd began to swarm her. 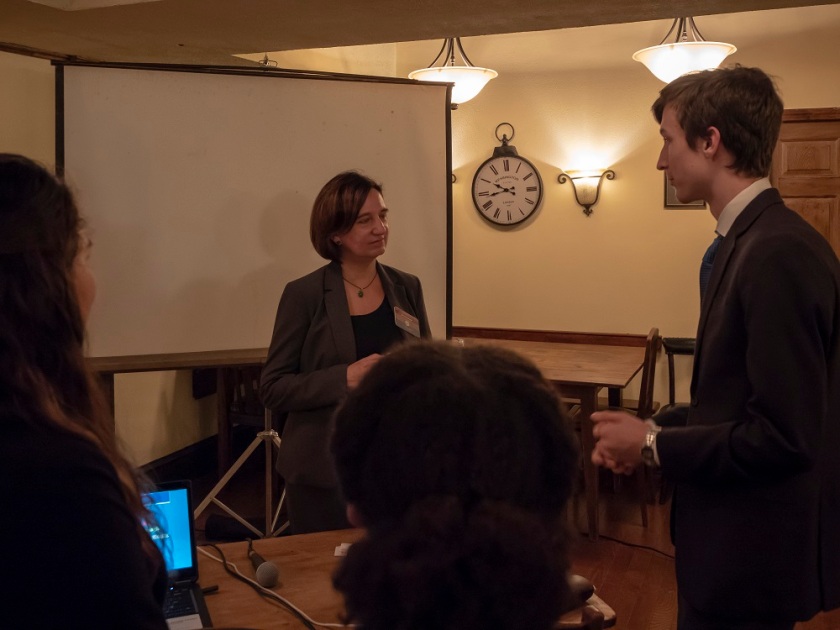 We waited for it to dissipate before thanking Mrs. Kavanagh and asking her for a picture to which she gaily obliged. 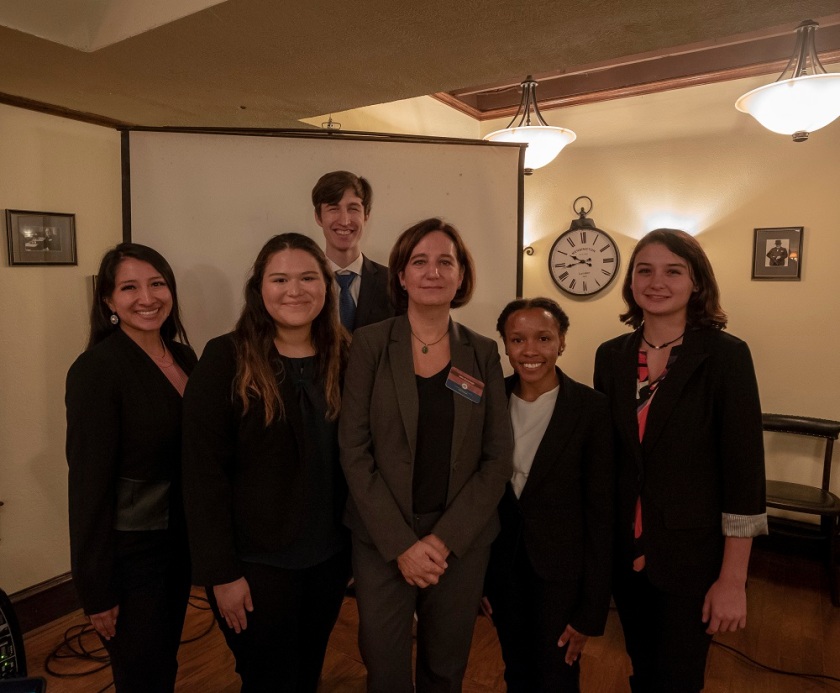 After the event, we got a table in the restaurant portion of the Black Labrador to settle down and enjoy a home-cooked U.K.-style meal.

We started with an interesting combination of mussels and potato skins. The main course was called the “Tour of Britain” and included a delicious assortment of beer battered cod, baked beans, shepherd’s pie, and bangers (sausage). Everyone agreed that the shepherd’s pie was their favorite. We enjoyed our meal while getting to know the newer faces among the friends of LEAP. The desserts that followed were bread pudding and a raspberry trifle, both of which were gone within minutes of being placed on the table. Following our delicious dinner, we took advantage of the British vibe to do a little “telephone booth stuffing” and then headed back to Huntsville for a good night sleep before attending HeART of Huntsville the next day! 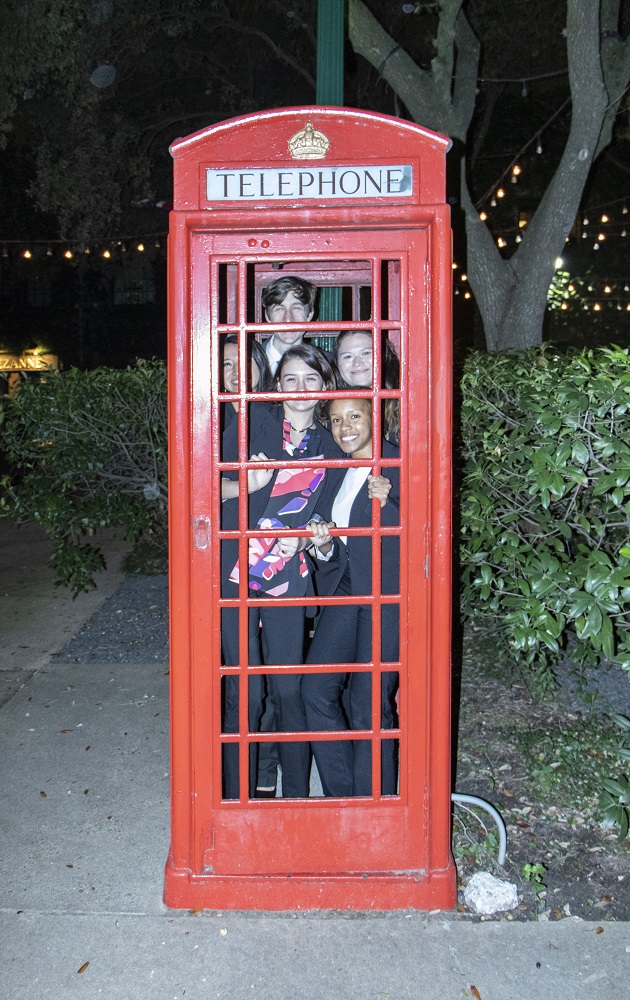