Brazos Book Store is a LEAP Ambassador favorite. This cozy book store host a number of events every month and we love making our way to Houston for a fun evening out.

Cyrus Farivar is a Senior Tech Policy Reporter at Ars Technica, as well as an author and radio producer. His second book, Habeas Data, is about the U.S. cases over the last 50 years that have had an impact on surveillance and privacy.

During his book talk, he painted a picture of events that unfolded and eventually lead to some of the most important privacy and surveillance case decisions. 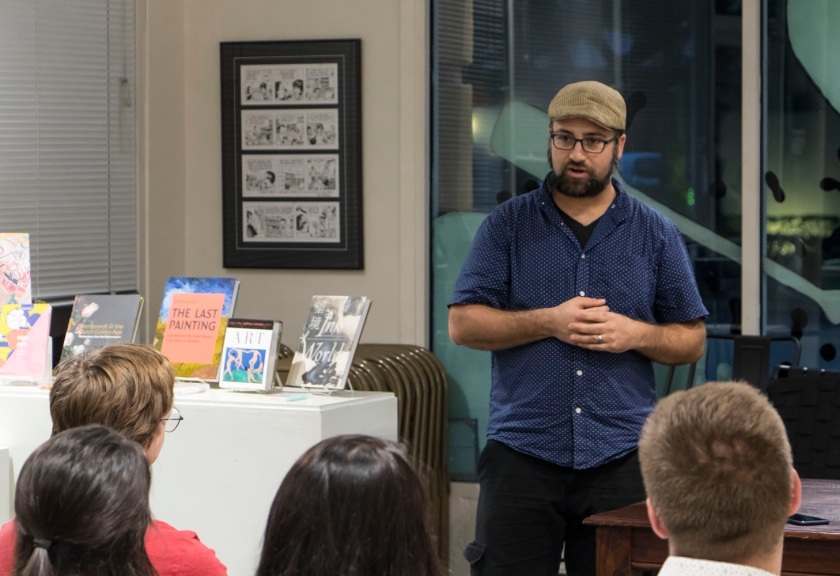 It was so interesting to hear about a tracking device used to find a meth lab or big and bulky recorders inside of phone booths used to capture illegal gambling and how the placement of such devices, timing, and not having a warrant can all effect whether the evidence was legally obtained.

The most interesting part was when Cyrus was reading a excerpt from his book. It was describing the events of a supreme court case that took place 10 years ago where a justice speculated about a future where all vehicles have a GPS. Now, we all carry around GPS systems in the palm of our hands with cell phones. 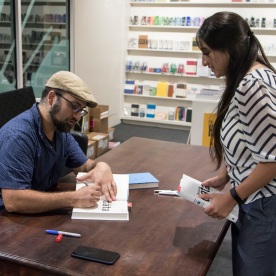 After the interesting book talk, Cyrus signed our books and spoke with us

As we made our way to Azuma for dinner, the car was filled with chatter about the surveillance technology and privacy, and this was a discussion we continued at one of our favorite Japanese restaurants.

We love to order family style appetizers and entrees and share so that we can try more food.  We ordered a sample of 10 skewers that included 8 meats and 2 vegetables such as black cod, steak, and peppers. 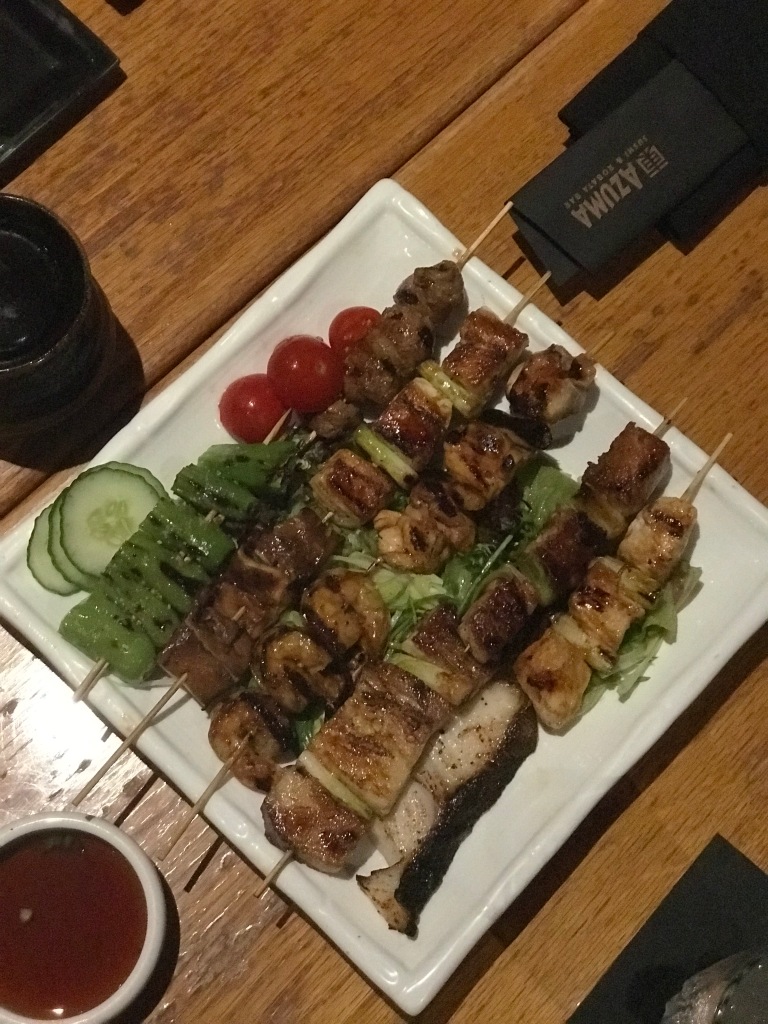 For our main meal, we asked the waiter to give us 5 different of his favorite sushi rolls. He did a great job and we enjoyed the rolls he picked for us.

Full from raw fish, rice, and soy sauce, we made our way back to Huntsville.