Our final day involved presentations by national figures from the campaign world as well as our own presentations of our hypothetical campaigns. Compared to previous years, Sunday’s day was longer, giving us more time to work on our campaigns and to present them to our panel of judges. To cap the weekend off, we were treated to a mini-job fair, with representatives from ten or so state campaigns on hand to accept applications. 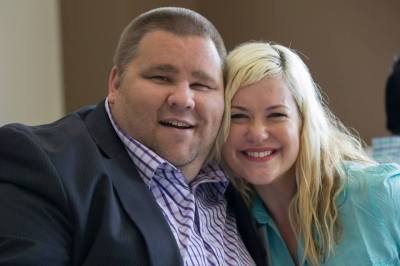 Joycelyn—Our fourth day in Austin was filled with a mixture of emotions. Some of us were anxious about presenting our mock campaigns, a fact exacerbated by the fact that we had still work to do. We did, however, get up early, grabbed our most professional suits, and headed to the Belo Center for New Media. 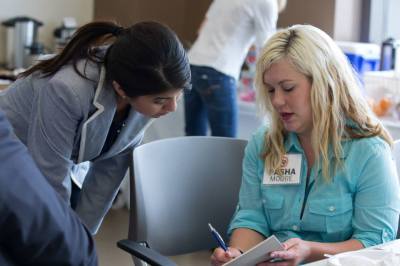 The teams presented their proposed campaigns in different manners. My group went first, followed by Makeebba’s. My focus was on the finance and fundraising section of the campaign, while Makeebba discussed the dynamics of campaign messaging. (Jake and Lupe’s groups presented at a separate session, so I was not able to see them present.)

Following our presentations, we retired to a “reflection room,” where we shared experiences, goals, and tribulations, while also discussing people who had influenced us in the field of civic engagement.

At the end of the Campaign Bootcamp, awards were handed out to outstanding groups. Makeeba’s group won first place in overall presentation. Although I was not part of her groups, I was very glad she and her group were recognized. After all, I knew she had worked very hard. Lastly, we also had the opportunity to exchange business cards with campaign recruiters.

The Campaign Bootcamp was a wonderful opportunity to have hands-on experience in many aspects of the political campaign process. Over my four years at SHSU (I graduated in May) I learned an immense amount of information in class, but I’ve also learned extensively by practicing what has been taught to us.

We only had six members on our team (compared to other teams, which had eight), so we had a bit of double duty. But things came together about thirty minutes before “game time,” and things worked! Our team won! I was very pleased, and I learned a whole lot about not only campaigning, but also about life. I can apply these skills that I’ve learned to almost any job or to life situations. 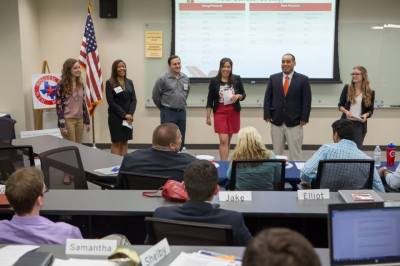 Lupe—The last day of campaign bootcamp consisted of one last workshop over research, along with group presentations, followed by tips on job opportunities. At crunch time, we were given the scoop on how to find last-minute facts, data, and other information on the opponent.

We used a vast array of public sources to find information that could be useful to our candidate, and we spent about an hour to get with our group and put the final touches on our campaign. 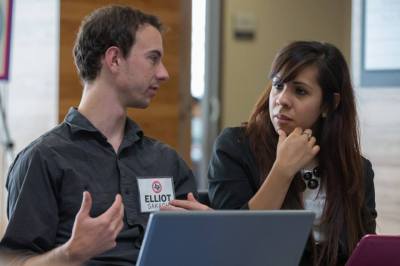 Feeling confident about my team and our hard work we waited for our time to shine. Unfortunately we ran out of time during our presentation! Our team had an amazing introduction and opening segments, but they ran a bit long. Still, we received honorable mention for our field plan, and I was very proud of that.

Following presentations, our mentors gave us on tips on how to be involved and potential careers in campaigning. We also had a mini-job fair, with many campaign representatives present and advertising opportunities that were available. 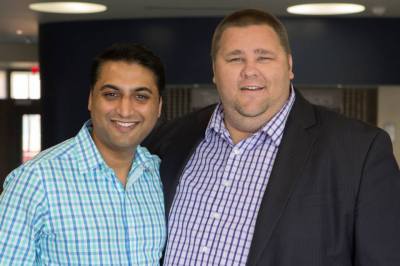 I gained a wonderful experience of working in a team with strangers, putting aside our different views, and working together as a team.

All—It was a wonderful four-day program. It’s hard to believe that we began it on Thursday night by watching “The Foreigner,” and following it the next day with a tour of the Bob Bullock Museum. The three-days of presentations, hands-on learning, and exposure to students from across the state was a formative experience. It encouraged professional growth, broadened horizons, and provided a lot of fun! 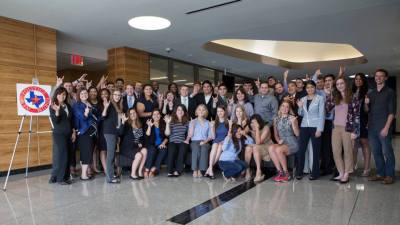