It was the first day of summer, and it was a fun one.  Making the most of the City of Huntsville’s “Outdoor Explorer Program,” the LEAP Center students ventured to the Huntsville State Park, for a day of hiking, biking, kayaking, and grilling.

Most of us had never been to the State Park, and most of had never had any meaningful experience kayaking.  So that made it all the more fun when we started the day off with kayak training–and then launching into the water!

Bella surprised everyone with her quick launch and her mastery of kayaking.  She also had a go-pro camera, which she used to record almost everything… 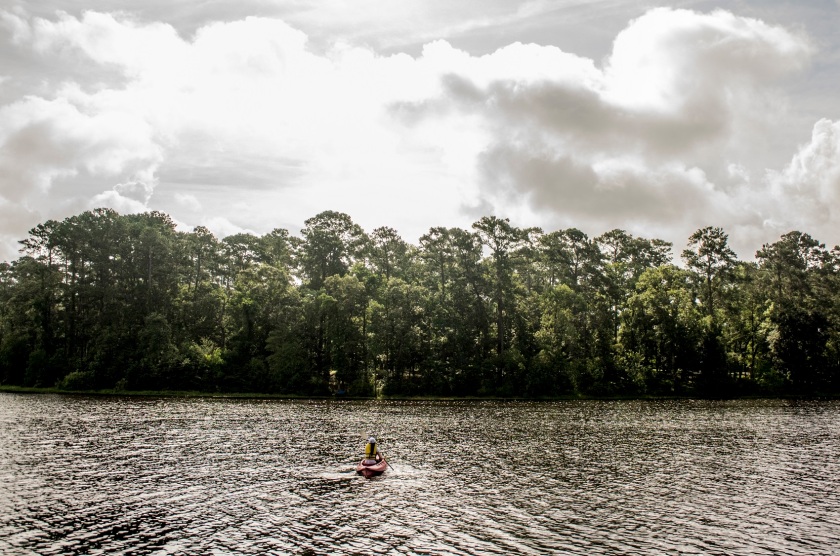 Following Bella’s lead, others soon got into the act.

Soon, we were scurrying all over the lake, enjoying the sun, relaxation, and exercise.

Austin, the  most athletic of us, looked  like a natural kayaker…

The “look,” however, was short lived.  Following a loss of balance, Austin found himself tasting some lake water… 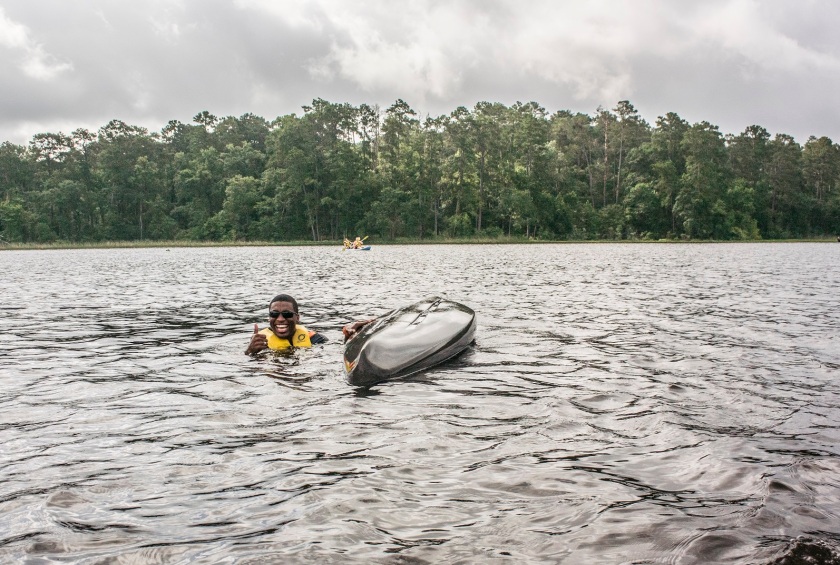 …and while he may have lost his balance, he didn’t lose his shades…. 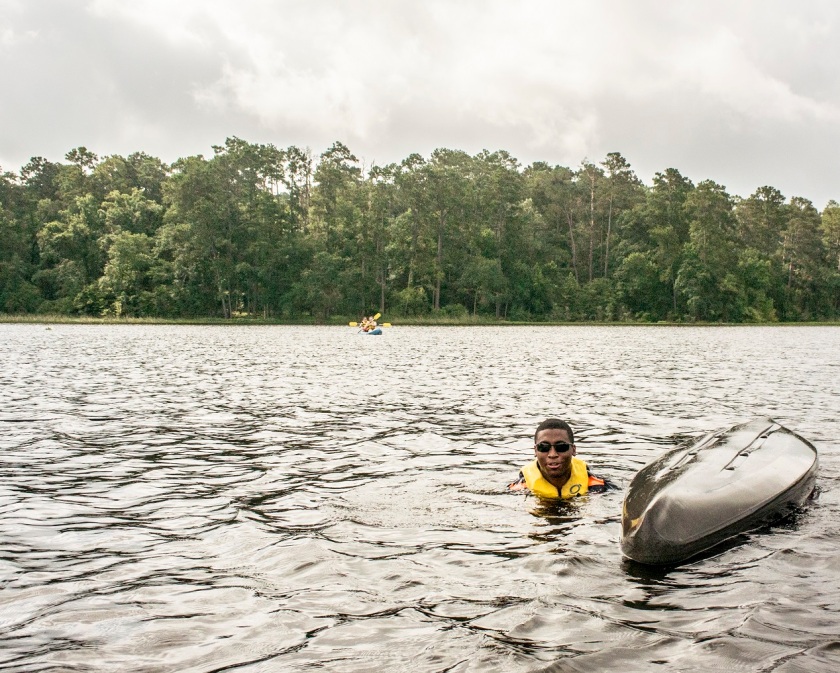 …getting back on, however, was another matter.  This maneuver requires help, strength, and balance.

…While this particular attempt was not successful…

..He eventually regained his form and was able to enjoy the rest of the day. 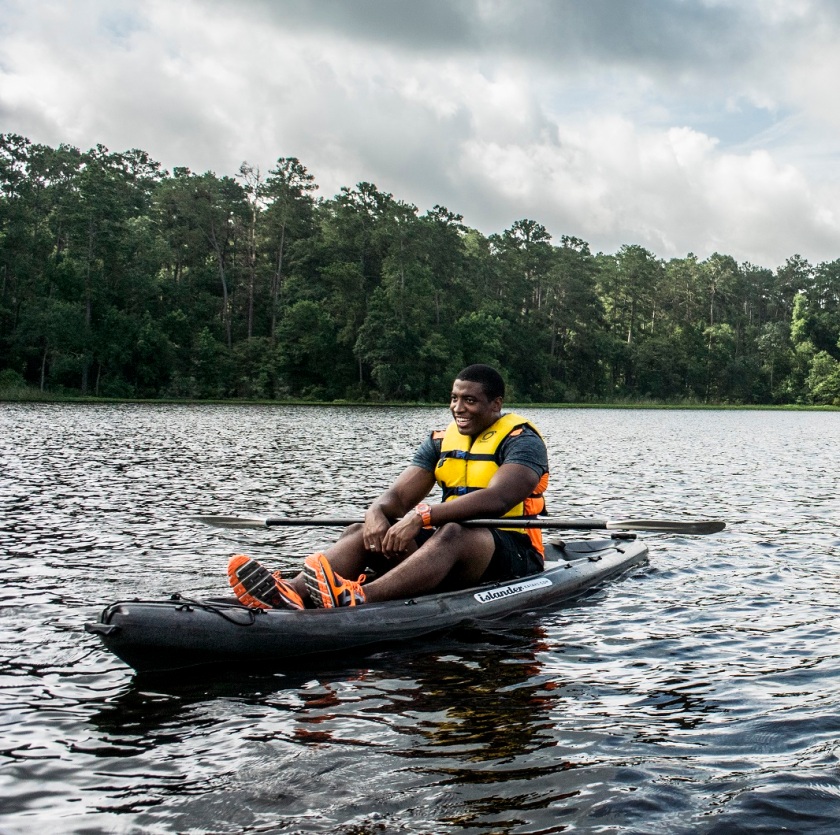 Following a bit more exploration of the lake, we called it a morning–at least as far as kayaking was concerned.

But that didn’t mean the day was over.  The bulk of us went for a three-mile hike, while Constance, Megan, and Stephanie sneaked back to the lake for more kayaking.

We hiked the north-west side of the lake.  It was a particularly pretty trail. 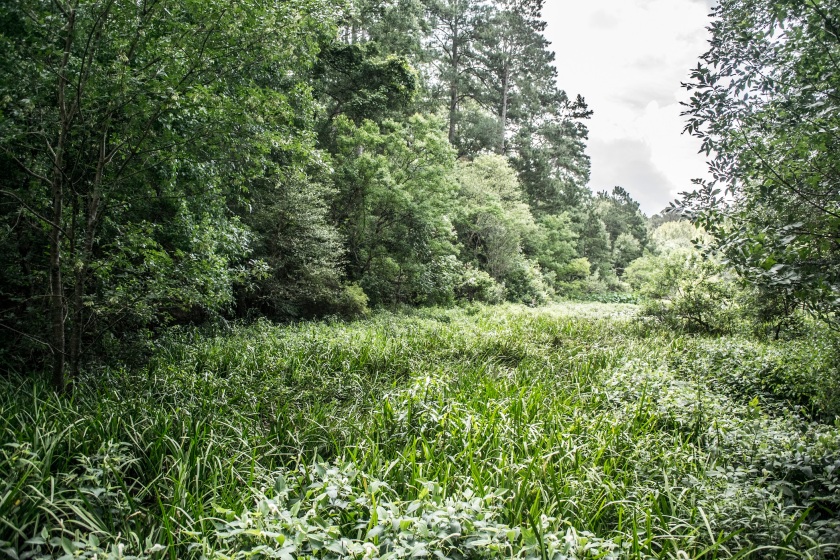 The trails in the State Park are well marked, clear, and roomy.  It’s great for those who enjoy nature, birding (250 species of bird in the park), and hiking.  In fact, there are 129 miles of hiking trails. 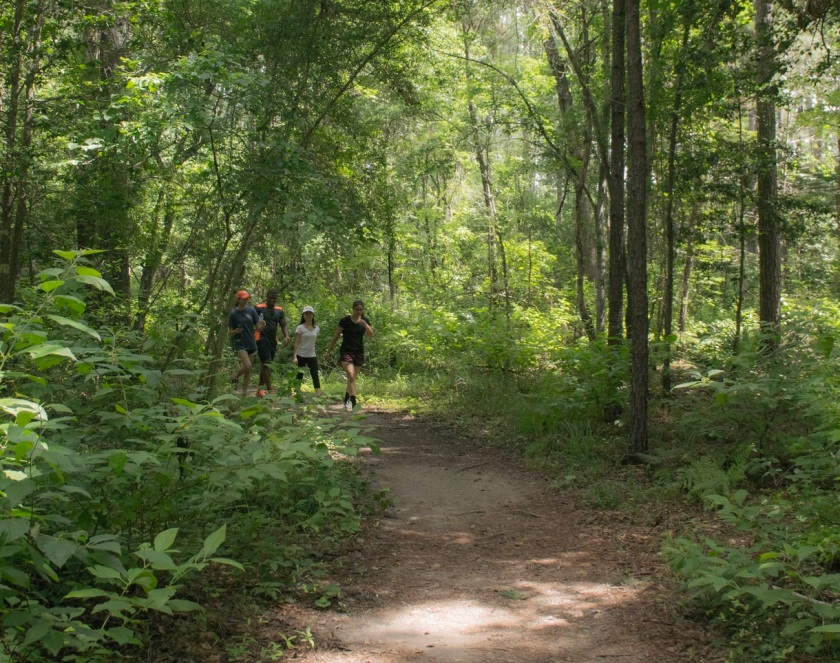 At the northernmost end of the lake, it gets very marshy, and you actually walk across a wooden platform for about 70 yards. 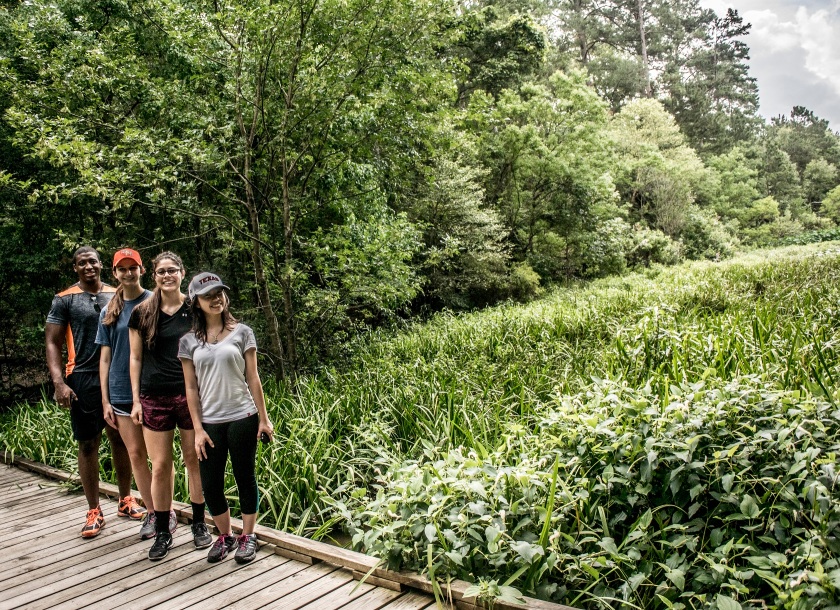 Afterward, we headed back to “camp,” and we picnicked on hot dogs, chips, cole slaw, and s’mores. 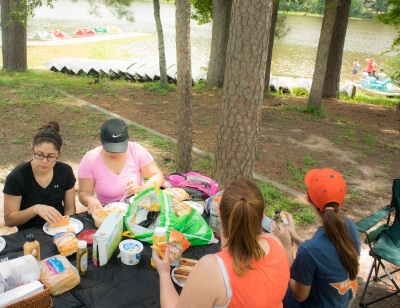 At the end of the day, we headed our separate ways, returning to our homes to prepare for Father’s Day. 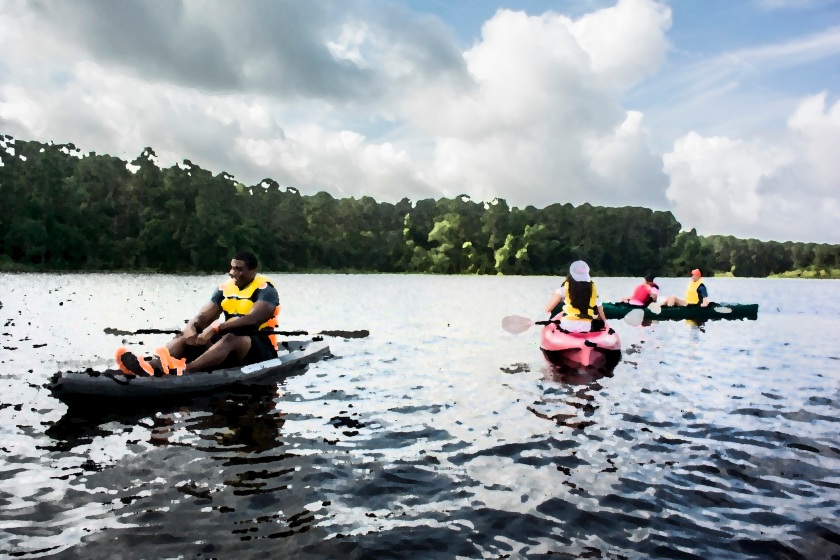 The LEAP Center students thank the City of Huntsville and, particularly, Natalie Reid, for the Outdoor Explorer program and the fun the program brings to the community!