With the fourth week of heART of Huntsville came a focus on architecture with, of course, a healthy dose of art.  After weeks focusing on campus art, outdoor sculptures, David Adickes, performing arts, and Richard Haas, the final week of the program focused on three homes in the Huntsville Cultural District: The “Bone Home,” the Kellogg-Pritchett House, and the Wynne Home.

Part of what made the final week special was that Anina Moore, the Director of Communications for the Texas Commission on the Arts, traveled to Huntsville to observe the program.  This was her first real visit to Huntsville, and we hope she enjoyed it!

Her visit, and our final week, kicked off with a tour of Dan Phillips’ Bone Home.  For many of the Ambassadors, it was our second visit to the home, but for Ambassador Kaitlyn Tyra, it was a first-time visit.  Phillips began with an overview of his philosophy, his company (Phoenix Commotion), and his work.

From there, the tour began.  The students posed with Phillips in the kitchen…

…where observers can note the intriguing floor patterns, and the bone-top counters.  They also got a good look at the bone-bedecked stairway… 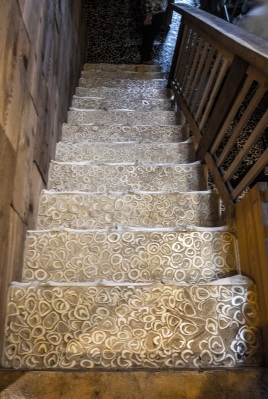 …and the bottle-cap bedroom floors. 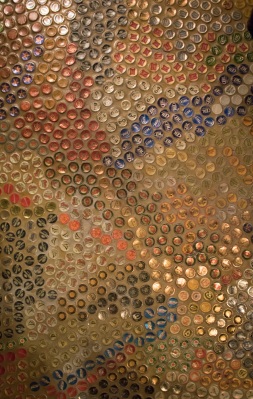 The back-door patio, which connects the home to the studio, is also worth noting.  The wall is adorned with decorative bones… 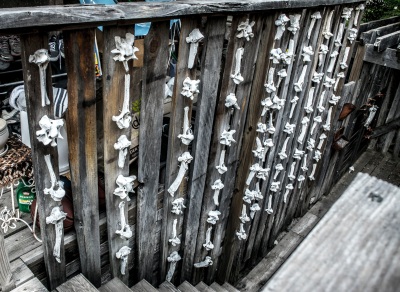 …and enter the studio through a door equipped with bone handles. 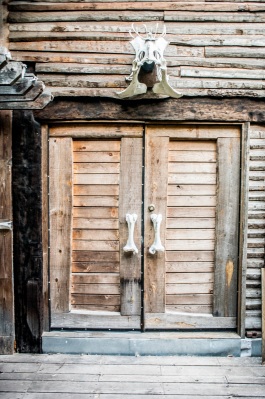 The studio was determined by Constance to be the perfect place for a selfie or a groupie:

…and she may have gotten every person in the photo!  Mr. Phillips is in the front center, alongside Huntsville artist Lee Jamison, the owner of the Bone Home, George Boone, and the aforementioned Anina Moore.

Following the Bone Home tour, we made our way to the Kellogg-Pritchett House, where Mary Laura Gibbs offered a wonderful tour. 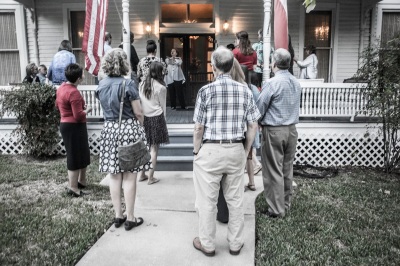 The foyer, Victorian parlor, and Gazebo room were the highlights, although the top-secret attic is always a treat.  Adding to the pleasantness and education of the evening was the presence of Lee Jamison, who did much of the artwork in the “KP” house.  In particular, he did Gazebo room, which is painted in mural fashion as though it were an actual gazebo, replete with sky-views, vine-covered lattice, and the obligatory animals (e.g., hummingbird) attracted to foliage.  The artwork also gave participants a chance to search for these animals, including the Texas-themed butterfly, seven-legged spider (said, Lee Jamison: “I’m an artist not a mathematician!”), and red, white, and blue snake.

And Constance enjoyed the photographic possibilities of the parlor.

As SHSU students, it was also helpful to learn about “Professor Joe Pritchett,” who owned the home, and who was the Dean of Students for more than three decades.  Interestingly, he rode his horse to school until the 1930s.

With a fond farewell, to the KP house and its four porches…

…we headed to the Wynne Home, where we enjoyed their community art exhibit and heard from Ms. Moore about the work of the Texas Commission on the Arts.

The food, prepared by Sharon Rose, and sponsored by the Friends of the Wynne, was wonderful!  It contributed greatly to everyone’s cheerful time:

The heART of Huntsville program brought many wonderful people together, and it was an amazing opportunity to learn more about art, artistic venues, local artists, and the community in general.

The heART of Huntsville will be offered again next year in September and October.

One thought on “Art and Architecture in Huntsville”