There is no better way to spend summer time together than to partake in the City of Huntsville’s July 4th celebration, which they held at Kate Barr Ross Park.  In supporting the City, we were also supporting the Parks and Recreation Department, and Lizette Lopez, the department’s summer intern–and our friend.

This year, the City of Huntsville had much to offer as vendors dotted the park landscape. There, we enjoyed the rich smells of fried funnel cakes and the sights of multi-colored shaved ice wetting the parched palates of kids and adults alike.  There were also bouncy houses, leather engravings, a rock wall, and–we have mixed feelings about this–karaoke.  Everyone wanted to partake in the festivities, including us. 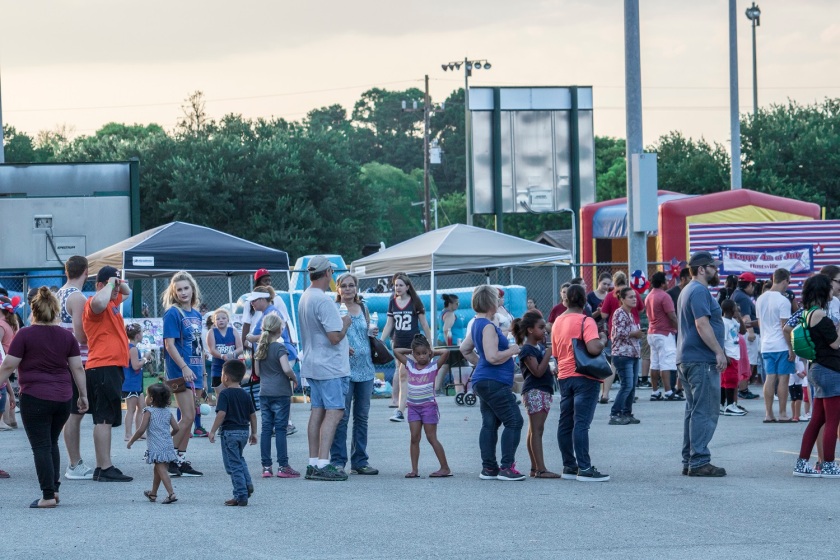 The first activity we decided to watch the watermelon-eating contest.  And while slightly disgusting, it also looked like much fun! 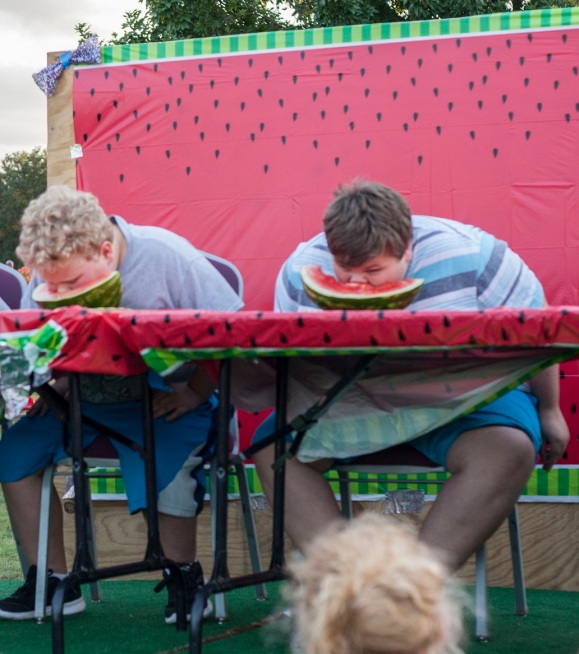 Certainly the participants appeared to be enjoying themselves! 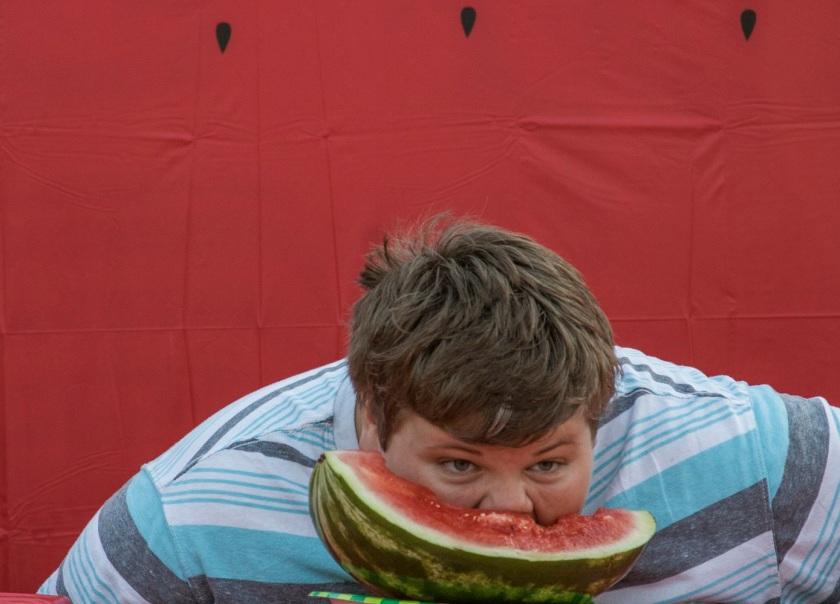 And that prompted us to partake. The stakes were high, as was the temperature, as we sat down to compete with other Huntsvillians. The rules were simple: the person who ate the watermelon slice the fastest without using their hands would take home the grand prize. One of the most interesting parts of being a Leap Ambassador is discovering new, hidden talents.

As the contest progressed, we soon discovered that Brian Aldaco’s talent just so happened to be gorging himself on watermelon, alongside a young girl and 14-year old Josiah, who was in Huntsville on vacation from Iowa! 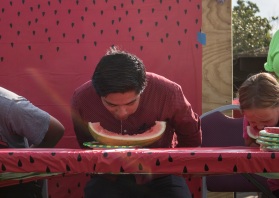 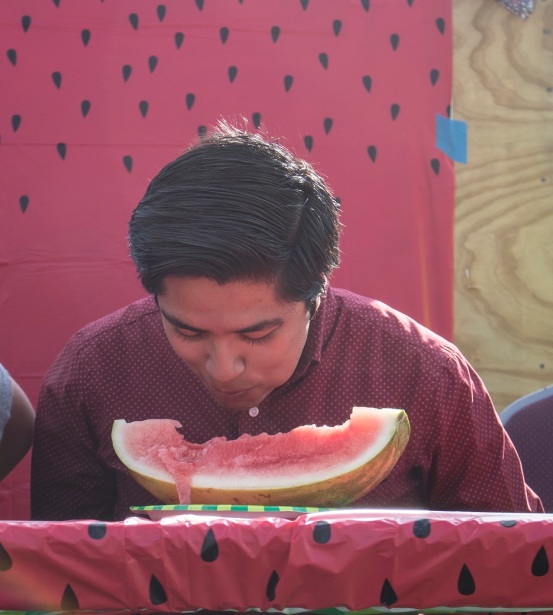 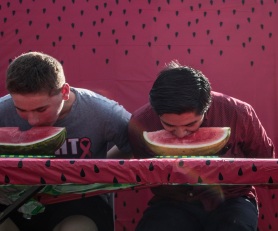 But even in this stiff competition, Brian was able to pull out victory, which he enjoyed wit characteristic modesty…. 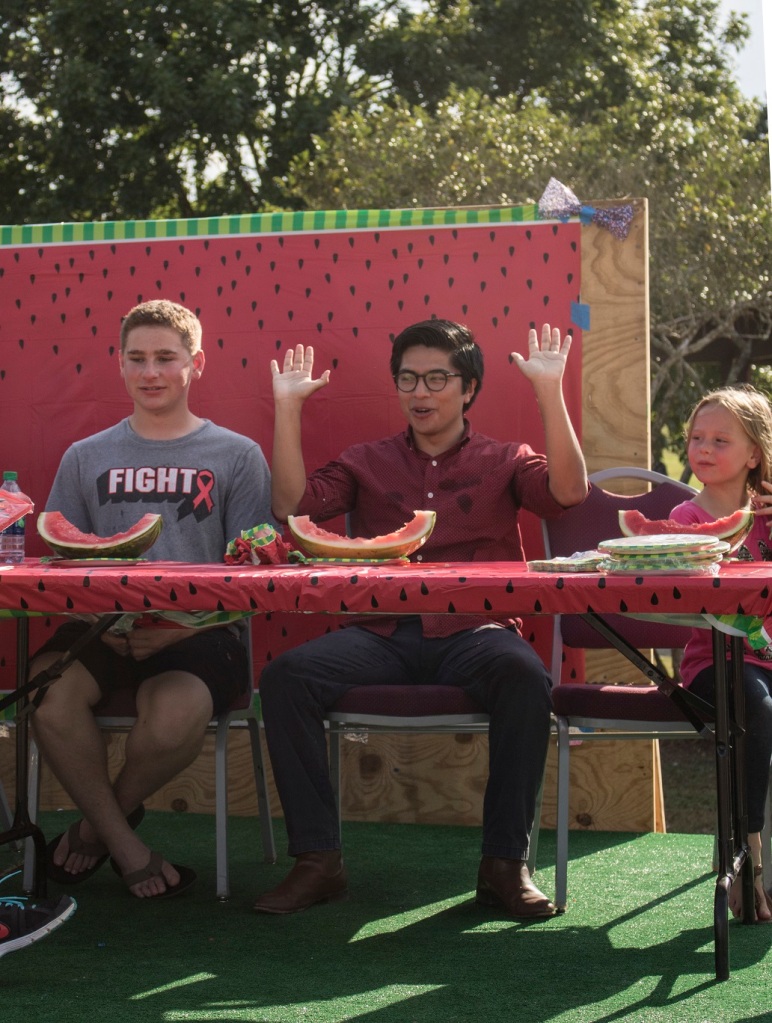 The female LEAP Ambassadors seemed almost embarrassed at their indulgence… 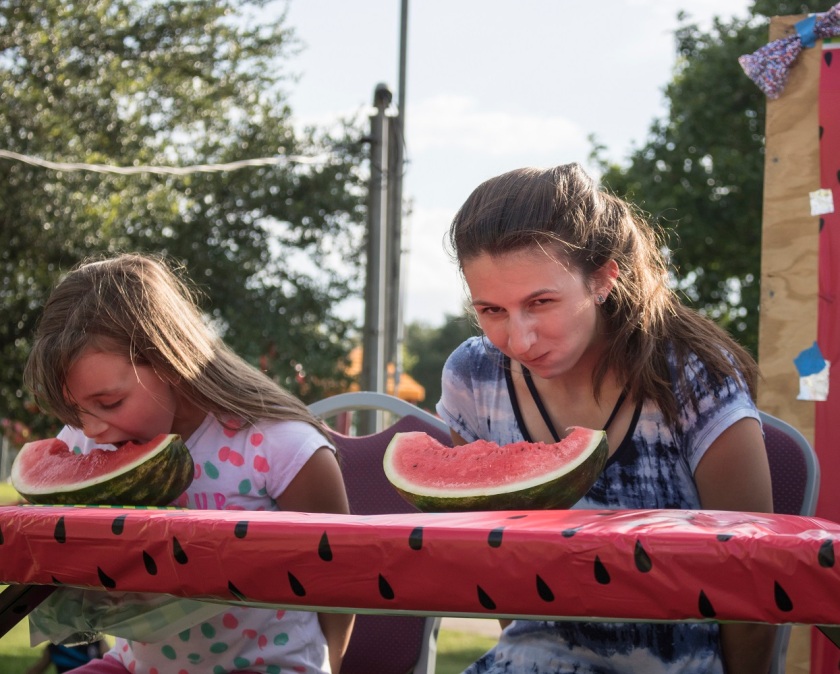 …but this was not true of Brian.

Everyone is good at something!  His grand prize included a beach towel (which he sorely needed), a frisbee, and other items that would help him get in shape for the next time he participates in a watermelon-eating contest.  Many thanks to Penny Joiner for being the MC and for the prizes!

As we were waiting for the sun to go down and the fireworks to start, we received photography lessons from Professor Yawn. These lessons laid out the basics of photography. We will need this in order to learn more during our Caddo Lake Trip with renowned photographer, Mark Burns. (Stay tuned for a Caddo Lake Blog soon!)

Our first lesson consisted of how to look like a photographer, to carry one’s equipment, and so on. 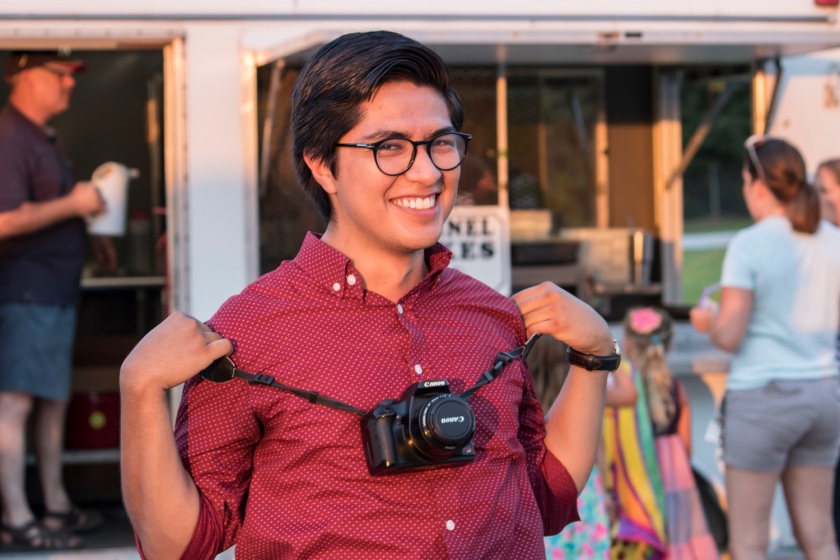 Our second lesson was how to adjust the aperture and shutter speed in order to control lighting in variously lit areas.

Third, we learned about the composition of an image, which could essentially be called the photographer’s eye. FOurth, we talked about many different ways to capture a photo with the help of instruments such as a tripod or different lenses. There were three different cameras that we used. The lessons applied to all of them, but since every camera worked differently, we had to figure out how to apply what we learned on every one. We worked hard to make sure we took some good shots, but took some time off to take a few old-fashioned selfies for our Instagram page. 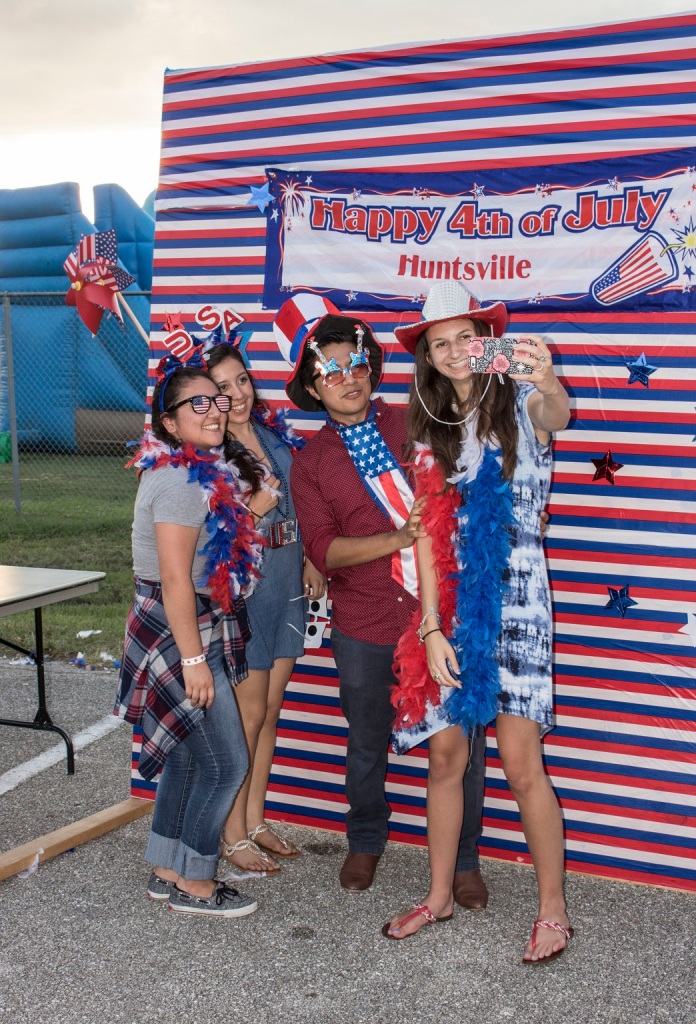 …as well as a posed shot…

To further demonstrate our “talents,” we spent some time drawing…

Before we headed down to the soccer fields for the fireworks, courageous Beatriz Martinez decided to go rock climbing. She got into her harness and didn’t hesitate to start.

She did a great job navigating the rocks… 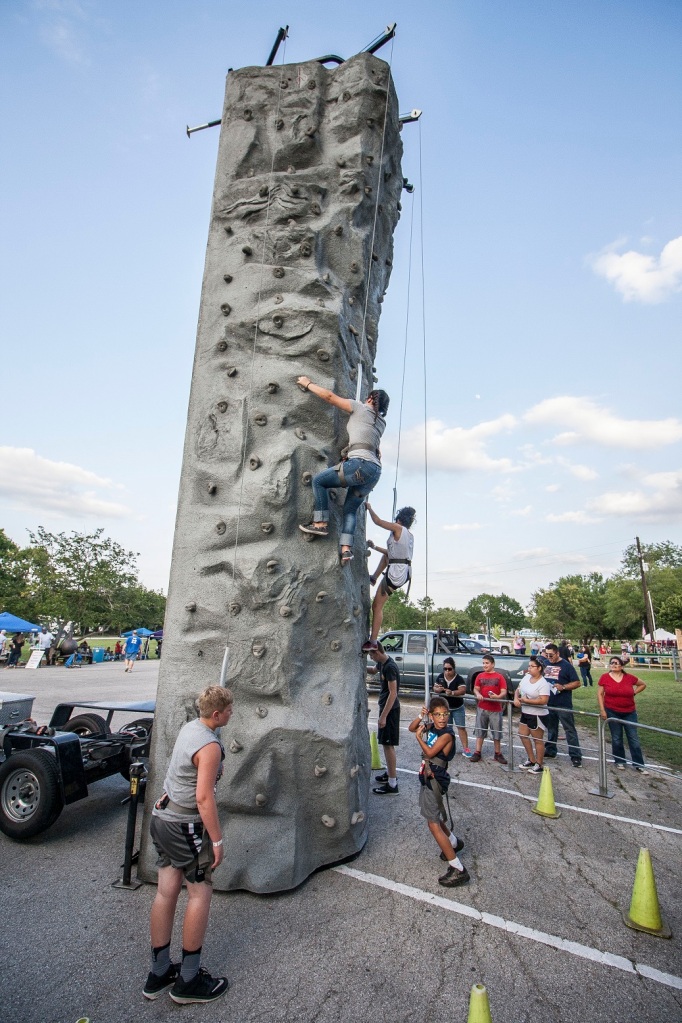 She had a big smile on her face when she reached the top and rang the bell.

The descent was a little harder though, and she ended up doing a couple of crazy maneuvers to get down. 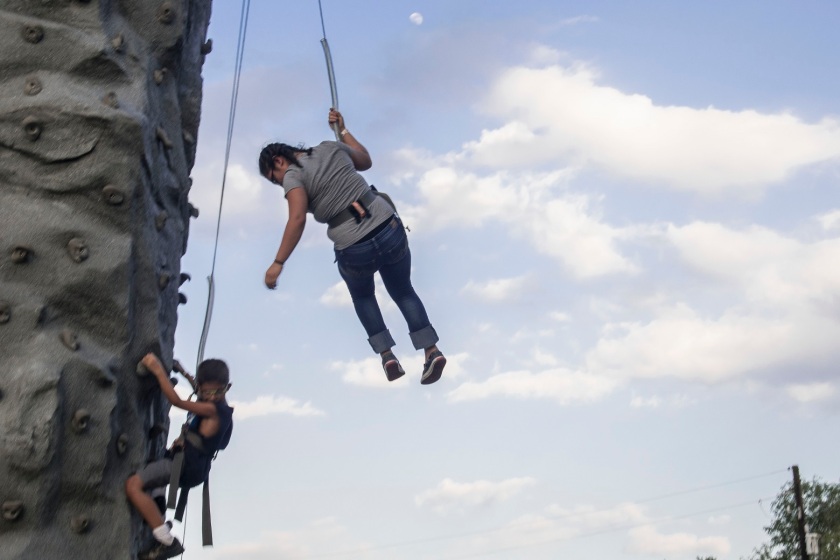 With the pre-fireworks festivities settling down, even intern Lizette had a chance to rock-wall climb, and she showed off her agility and strength in scaling the wall.  She’s a real “rock star”! 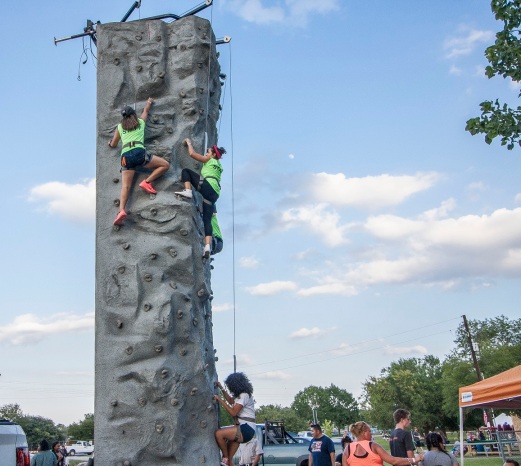 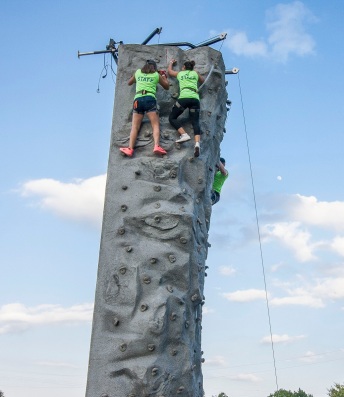 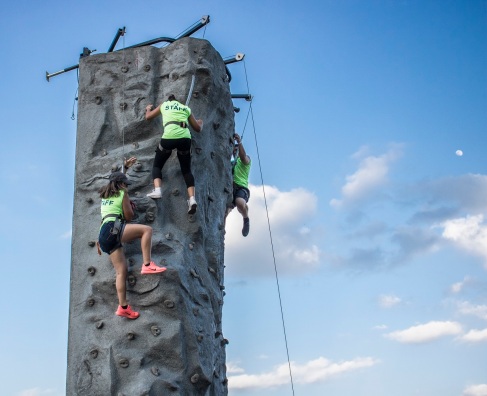 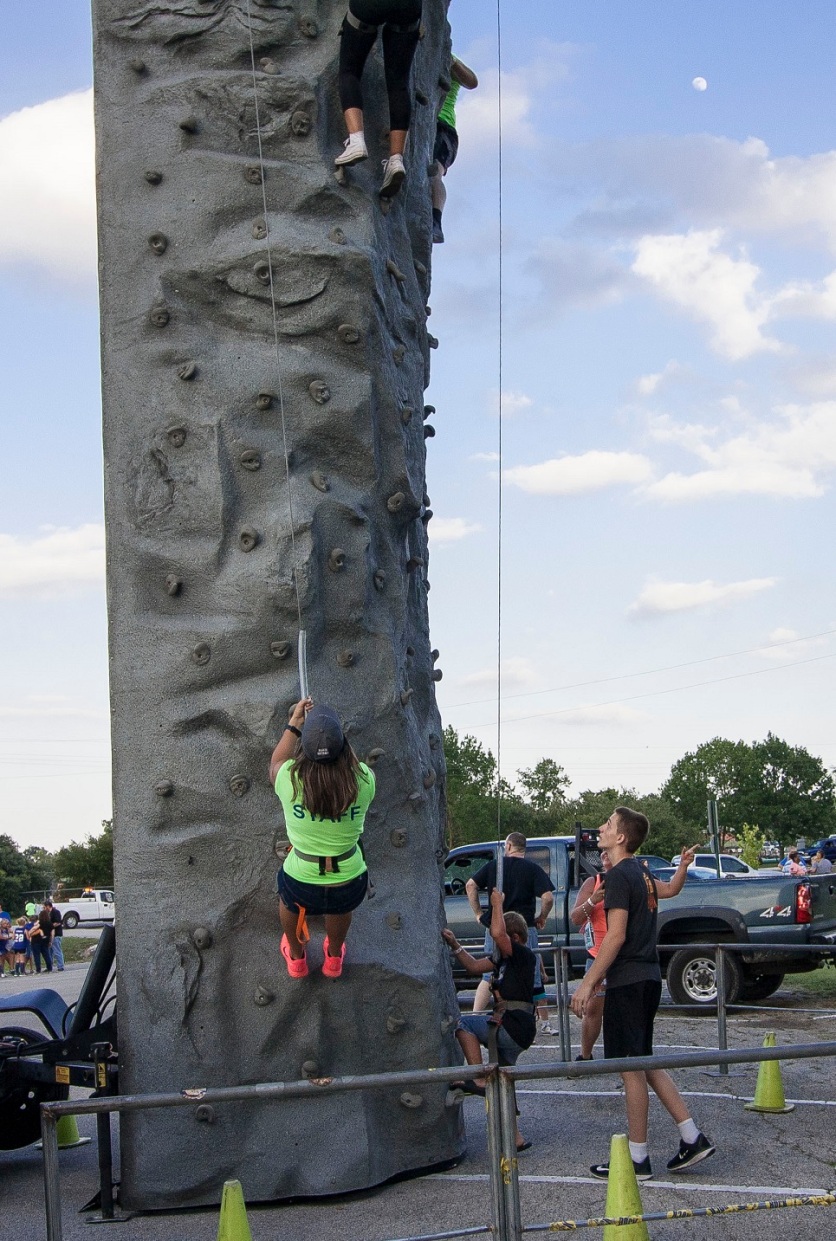 We were eager to try out what we learned and set up for a photo shoot.  What we learned is that it’s difficult to photograph fireworks!  The biggest difficulty is that they occur in low-light situations.  Irrespective of our struggles with photography, the show itself was phenomenal.  Some were bright enough to light up the entire field, while others twinkled against the dark sky like stars. 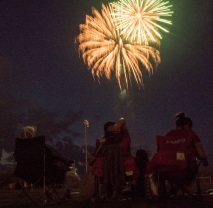 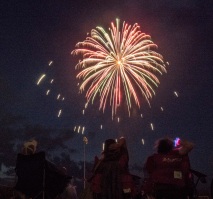 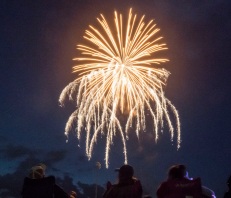 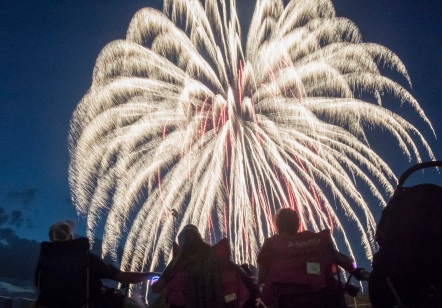 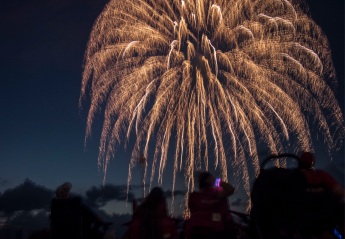 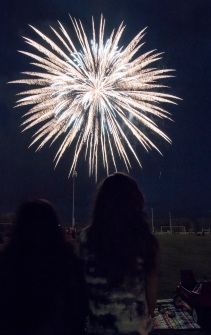 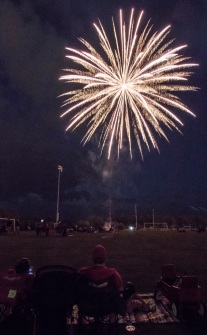 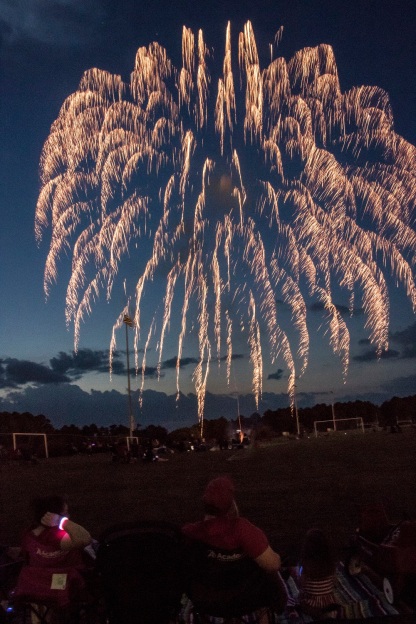 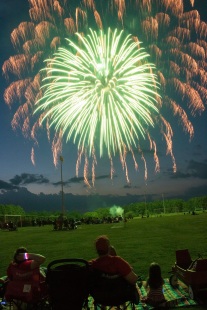 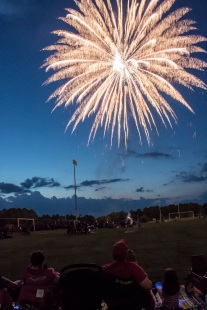 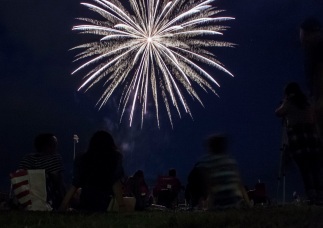 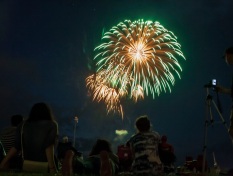 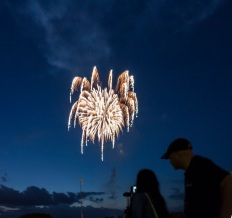 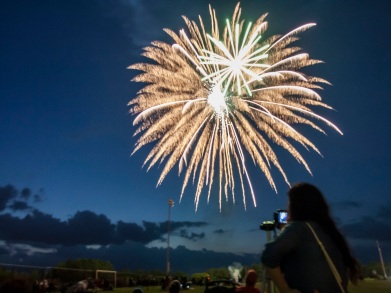 The Leap Ambassadors were happy to enjoy 4th of July with the Huntsville community and add another memory to their summer.