As we headed out on the last leg of our journey, we were lured in by the charm of a small, charismatic town along the way. If you are traveling from Abilene to Dallas on highway 20, as we were, you will surely come across the little town of Eastland, TX. As we entered the city, Professor Yawn was quick at pointing out the multiple murals scattered around the town. He then explained how the city is filled with murals which are done by community members and students from the local high school, to represent history’s most famous painters and culturally educate Eastland’s citizens.

In total, there are 30 such murals in the city. Among the artists represented on the city’s walls were Dr. Seuss, Michelangelo, Diego Rivera, Georgia O’Keeffe, and Jasper Johns. As we searched through Eastland’s streets, we felt accomplished when we were able to recognize the artist that were being represented by the murals. (All this time of visiting art museums has paid off!).

Since we did not have as much time as we would have liked, we were only able to only spot 21 murals on our artistic scavenger hunt. However, this was an amazing feat for us and we appreciated the pieces of art that we were able to find.

But this art hunt was not the only thing that made our Eastland visit memorable. Before initiating our activity, we visited the town’s courthouse in the heart of downtown. Professor Yawn, a near expert in Texas stories, educated us on a brief history of Eastland. Upon construction of the town’s courthouse in 1897, a time capsule was inserted in the building’s cornerstone. Intrigued by the alleged immortality of the horned toad (it is said that it can survive for years in hibernation) the towns people included one of these mystical creatures in the time capsule. Nearly 30 years later when the city was working on maintenance of the courthouse in 1928, they decided to take a look at their reptilian friend. The legend goes, that as they opened the capsule, they saw the “dead” toad reviving before their very eyes with a clear sounding “Ribbit”! The powers of the horned toad were proven true!

Due to its impressive feat of indestructibility, the toad was celebrated by town and baptized Old Rip, after Washington Irving’s character Rip Van Winkle. Old Rip’s celebrity status escalated to such a degree that the toad toured the nation and was even received by President Calvin Coolidge. Sadly, the cherished lizard perished of pneumonia in 1929. But the city never forgot this amazing creature. Now, Old Rip’s eternal home is a lizard size coffin behind a glass window of the courthouse, where any community member or tourist can pay tribute to this exceptional city treasure.

Old Rip has never been forgotten and he has  many statues that are proudly displayed throughout the city as a homage to him.

The last part of the West Texas Tour included a fair amount of driving. However, we broke up the long journey with various stops along the way. One of which being a late lunch at the Twisted Root Burger Co. A unique burger joint, the menu included milkshakes, twisted burgers, and a variety of sides.

Twisted Root is known for their homemade root beer which was sweet and flavorful. We sampled the root beer, the Fat Elvis milkshake, and the Oreo Cookie milkshake before our meals were served. We each sampled a different burger: the freshman 15, the spicy goat, the verde, the enough said, and the big tex burger.

The burgers were delicious and massive which left us feeling full as we departed for the Dallas Art Museum.

When we arrived at the Dallas Museum of Art, we were anxious to see what great art pieces that we would get to see. 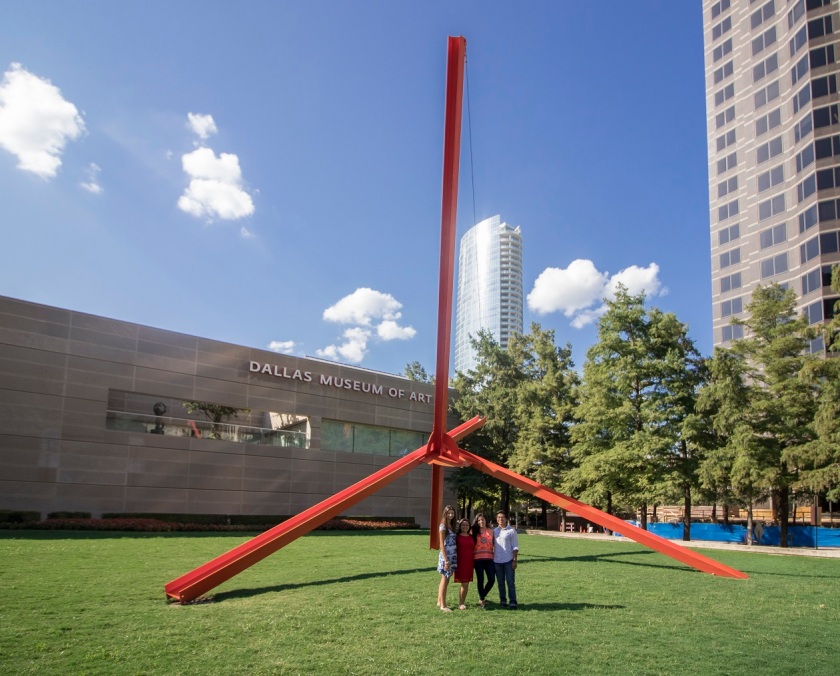 The museum had the “Visions of America” exhibit, which included three centuries of American art, culled from the National Gallery of Art, which is located in Washington, DC.

This exhibit was from the National Gallery of art, which is located in DC. The Leap ambassadors will be traveling to DC in October, so this was a sneak peek to our art exploration that would later take place in Washington.

We all left the museum with an increased knowledge of art…

…and a couple of new big names!

After a long journey, our West Texas Tour Trip was finally over. Now all the LEAP ambassadors learned and experimented with photography alongside Mark Burns, gained knowledge of art, and traveled to places were not many people had before. It was finally time to go home not only to Huntsville, but also to Sam Houston State University for the first day of school.