On day 5 of our West Trip Tour, we gave one last look at Marfa to say our goodbye before proceeding our journey home.  We had a chance to visit the Chinati Foundation again, and we posed for some photos amidst his minimalist art… 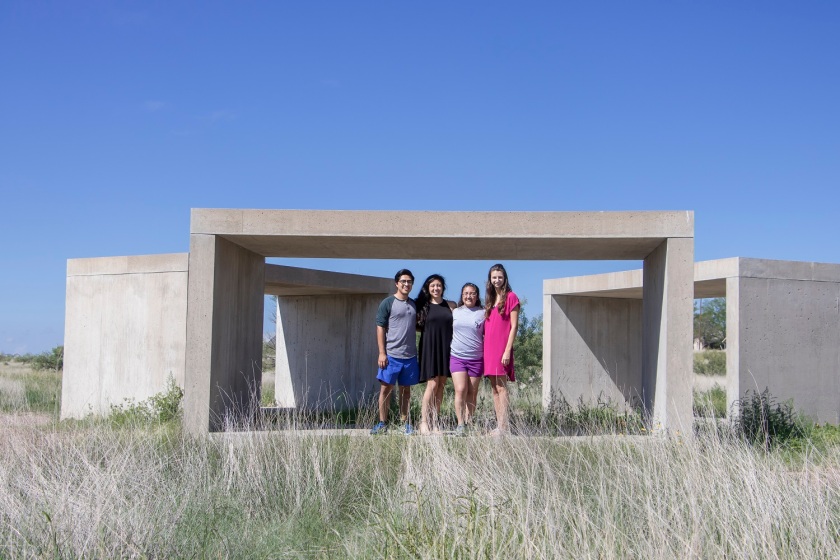 …with Beatriz, in particular, getting into the spirit of things…

We made a quick stop at Ft. Davis, where we stopped for some well-deserved ice cream at Herbert’s Caboose Ice Cream Shop. It was an interesting ice cream stop since it was in an actual old, green caboose.

Moving on from our small stop at Ft. Davis, we headed over to the Balmorhea State Park. A 3.5-million-gallon freshwater pool, this natural spring was first created by FDR’S New Deal during the Great Depression in order to create new jobs. It was a one of a kind opportunity to swim, not only “like a fish,” but also among them. 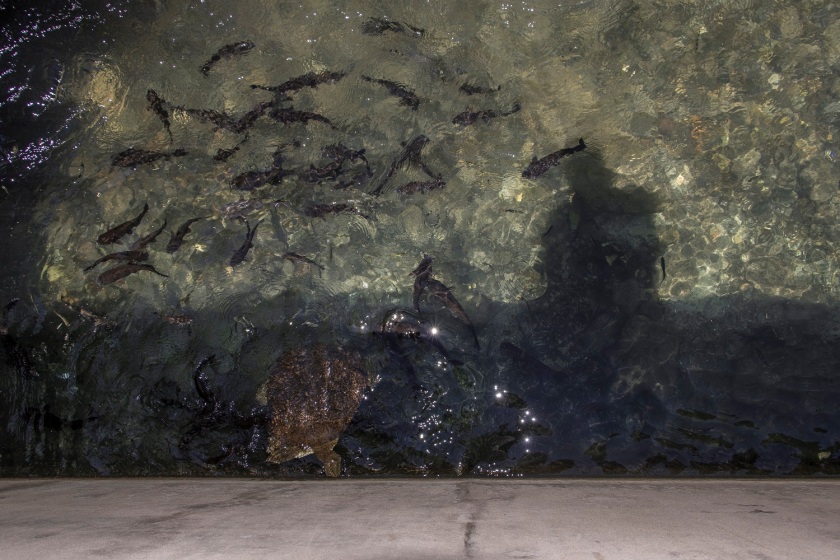 With the goal of finding a turtle or two, we jumped in.

Everyone got to show off their varying swimming skills, from Brian and Christina not straying from the pool’s edge… to Kaitlyn and Beatriz jumping from diving board into 30 ft. deep water.

It was a fun place, and a different experience.

After the Balmorhea State Park, we hurried off to the Ellen Noel Museum of Art in Odessa where a special exhibit on Andy Warhol was being displayed. The museum featured a gallery of permanent pieces, a sculpture garden, and two rotating exhibits. The first gallery we viewed was a special exhibit by Herb Williams.

The exhibit we saw utilized crayons as the medium. Immediately as one walks into the gallery room, they recognize the fragrant aroma of new crayons. Herb Williams’ goal in choosing crayons was to provide creativity and imagination to children, but also to bring back the childhood memories and likeness often forgotten among adults as a potential creative outlet. 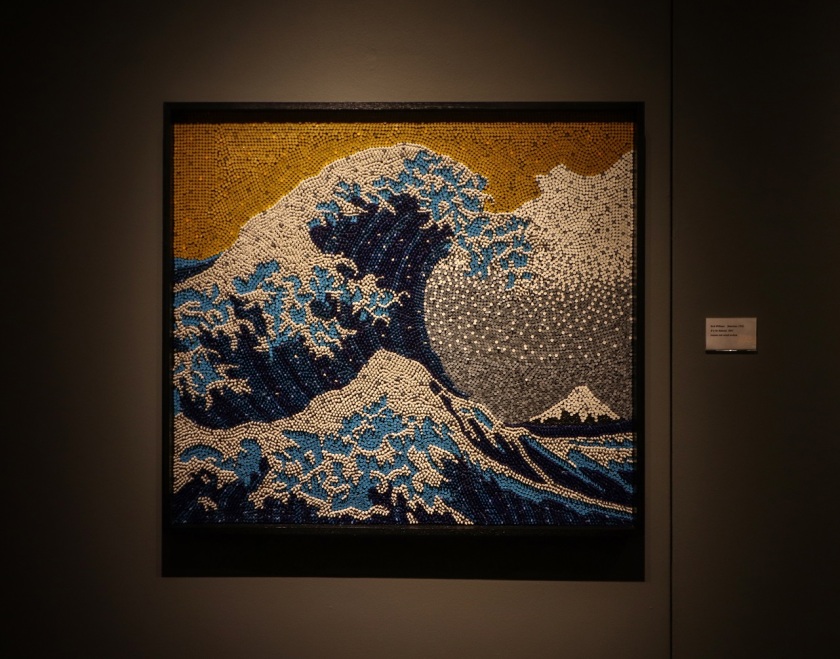 “O is for O’Keefe”, and “W for Warhol” all were included in the series. Each piece of art was created using crayons to illustrate the color and texture. Of course, the Ambassadors could not pass up the opportunity to take a picture with William’s remake of Robert Indiana’s LOVE. We admired the unique art and moved into the Andy Warhol exhibit.

A temporary exhibit at the Noel Museum of Art, the Andy Warhol exhibit took visitors from the beginning of his art career throughout the end showing the variation of Warhol’s style and art. Interestingly, we learned that Andy Warhol’s real name included an extra letter (Warhola) which he eventually dropped to create his “persona”. Of course, we saw Warhol’s famous Campbell’s soup can paintings, Marilyn Monroe portraits, and Elvis Presley portraits. We also saw some of Warhol’s more thoughtful works, such as his modernization of Venus from Boticelli’s “Birth of Venus” painting.

Warhol’s ideology of painting images that “meant nothing” gave his art style and made a statement in the art community. More than thirty years after his death, Warhol’s impact and influence is still visible in much of today’s art. Unfortunately, we were not allowed to photograph the exhibit, but we did enjoy Warhol’s artwork.

Next, we wandered outside to the sculpture garden. Numerous sculptures were displayed, but we immediately recognized three Jesus Moroles granite sculptures. One sculpture, “Musical Steele” made music similar to a xylophone. We made our own music by running our car keys up and down the sculpture. Another unique Moroles sculpture was titled “The Portal”, this piece was built onto the exterior wall of the art museum and was different from a traditional Moroles sculpture because it was not freestanding. We admired each sculpture before departing to our next destination!

This rendition of the famous ruins is located on the campus of the University of Texas of the Permian Basin. Although we are uncertain as to why someone would want a replica of Stonehenge, it provided us with a side adventure as we neared the end of our West Texas Tour. 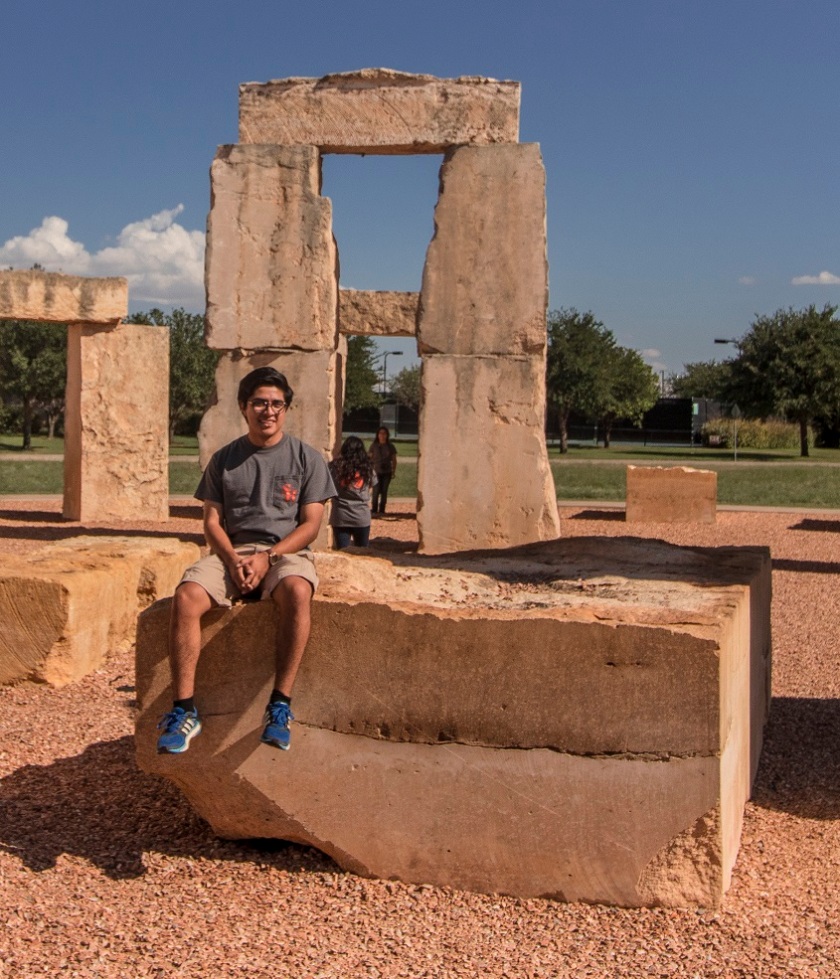 While climbing on the stones, which are apparently 14% shorter than the original ruins, we decided it was prime time to take some photographs.

Along the way to Perini Ranch Steakhouse, we took a little stop in Midland. As we got off the freeway we steered into a quiet neighborhood. With houses of no extravagant facades but merely the marks of middle-class America, we neared a home who’s previous owner would have seemed unexpected.

Located on “Easter” Street due to its pastel houses, we found the George W. Bush Childhood Home a perfect location to take a photo-op.

Although we were not able to take a tour of the home, we did feel proud to visit the previous home of this Texas-raised president after visiting the home of a Texas-born Vice President a few days before.

Our last stop of the day was the one we anticipated the most. Hungry and ready to get out of the car, we arrived in Buffalo Gap and headed for Perini Ranch Steakhouse. Kaitlyn had been here before after a moot court trip but for the rest of us it was sure to be a treat. We started with two appetizers: the quail legs and Jalapeno bites. Braitlyn (Brian and Kaitlyn) ordered the Ribeye with potatoes, Professor Yawn ordered the ribs, Beatriz tried the filet, and Christina ordered the award-winning burger. We all attempt to be adventurous with the menu items and usually enjoy it, but dessert was a different story. We tried the Jalapeno cheese cake which was not our favorite. We each had a bite and made a sour face. Don’t worry, the Leap ambassadors will not be deterred from trying new things in the future, even if it does cause us to make sour faces! With that last positive thought we retired for the day to prepare for tomorrow. 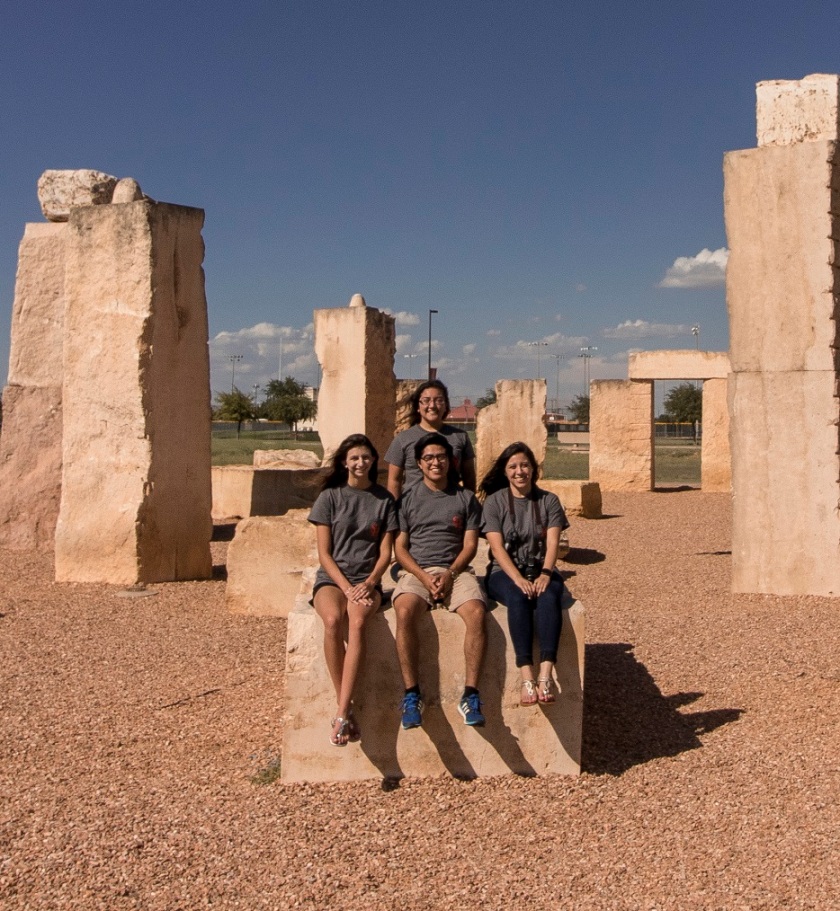