As finals approach, and before the anxiety kicks in, we paused from our diligent studying and happily assisted Ms. Debbie Charbonneau, Huntsville’s Main Street Director, and Yvana Kepnga, Main Street’s Intern, at the 7th annual Winter in the Park and Downtown Christmas Fair!

Holiday décor embellished Huntsville’s Historic Downtown for the fun-filled family event which annually attracts more than 2,000 locals and tourists. Without exception, this year’s mix of activities promised and delivered great entertainment for both adults and children. Activities which included: bounce houses, train rides… 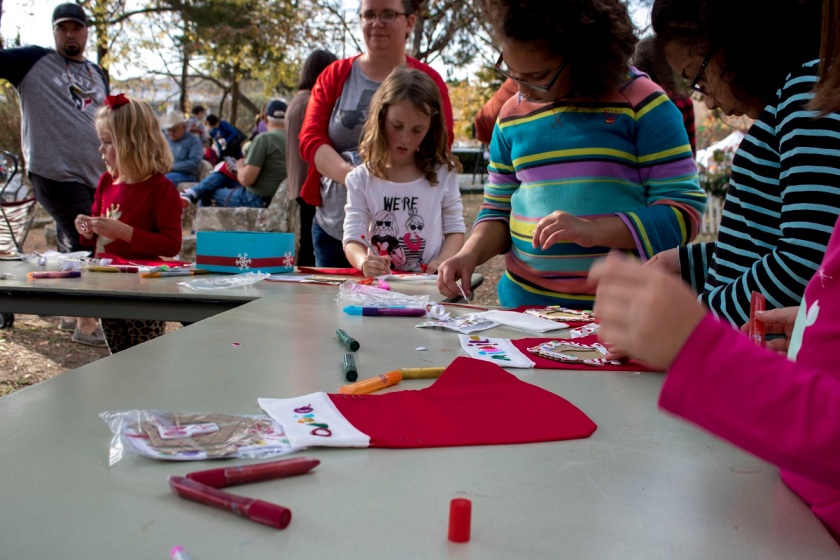 But of course, one of the favorite traditions is to take the annual picture with Santa.

However, sometimes the adults were much more excited than the kids, even at the selfie station! 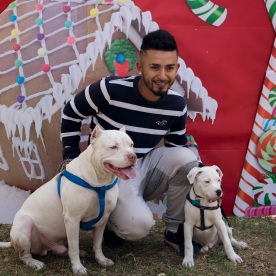 Alongside Santa were dozens of local businesses and vendors selling a variety of goods enlivened the streets as visitors stocked up on holiday gifts and also enjoyed various contests.

The LEAP Ambassadors and Julia Norwood, a high school student at Huntsville High School who was also volunteering, enjoyed this community event while monitoring the snow area and handling the tickets. 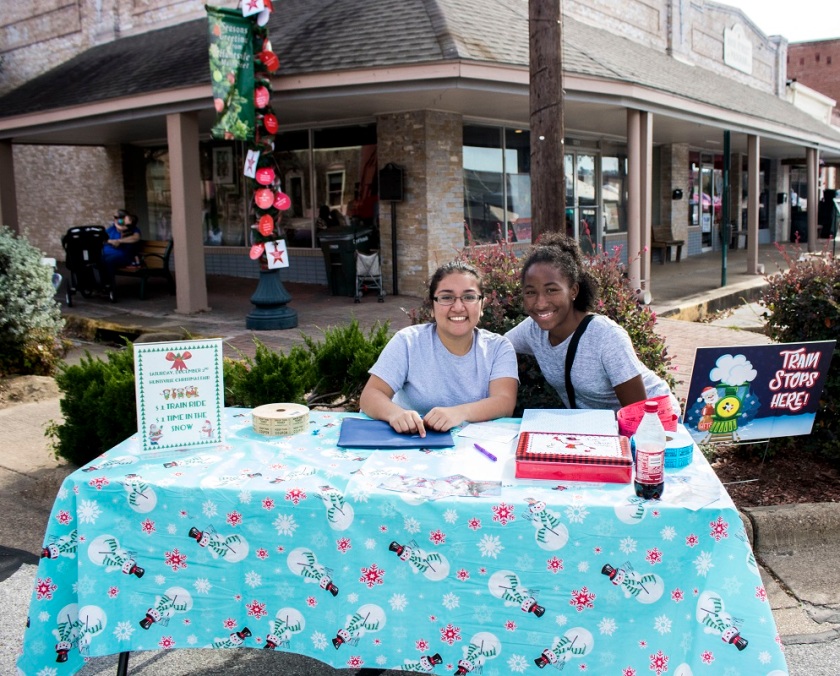 Before concluding the event, Ms. Charbonneau announced the winners of the Lamp Post Decoration competition. Patio on the Square Café won first place and Buttercup Cottage won second place. Congratulations to the winners and everyone else for beautifying downtown with their creative lampposts!

In the midst of the holidays, assisting at this festivity definitely helped to put us in the Christmas spirit. Although Ryan Knesek didn’t seem to need too much more.  Had there been an ugly Christmas sweater contest, he would have won! 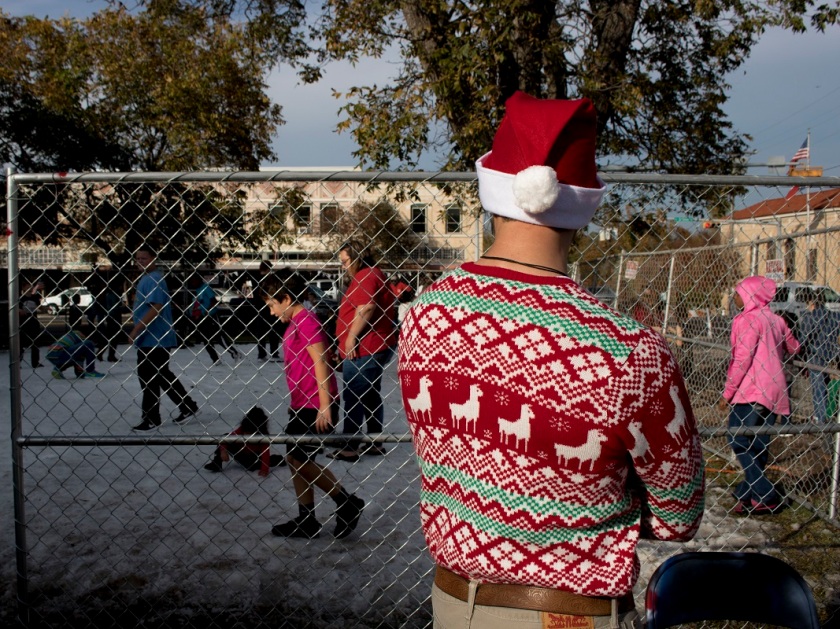 And, of course, the Ambassador’s fun-filled Saturday could not have been complete without taking even more pictures with Santa Claus!