The LEAPsters participated in this beautification by volunteering with the Republican Party of Walker County. With high stakes in mind (we wanted to win that contest!), we climbed to the top of the post to make sure that every inch was covered in holiday lights and colors. 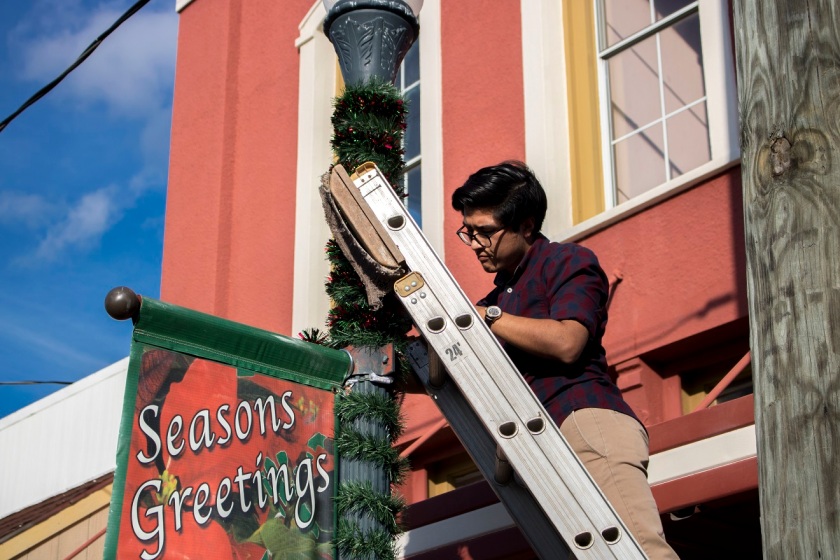 With the girls directing from the ground… 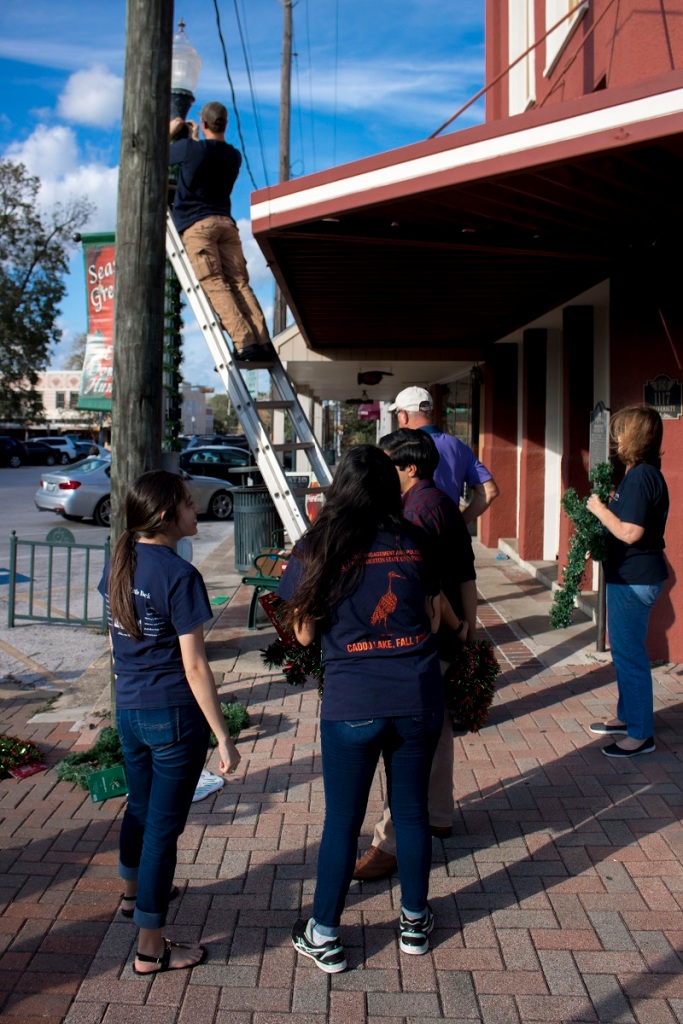 …the boys fastened garland, lights, and post signs onto the pole. 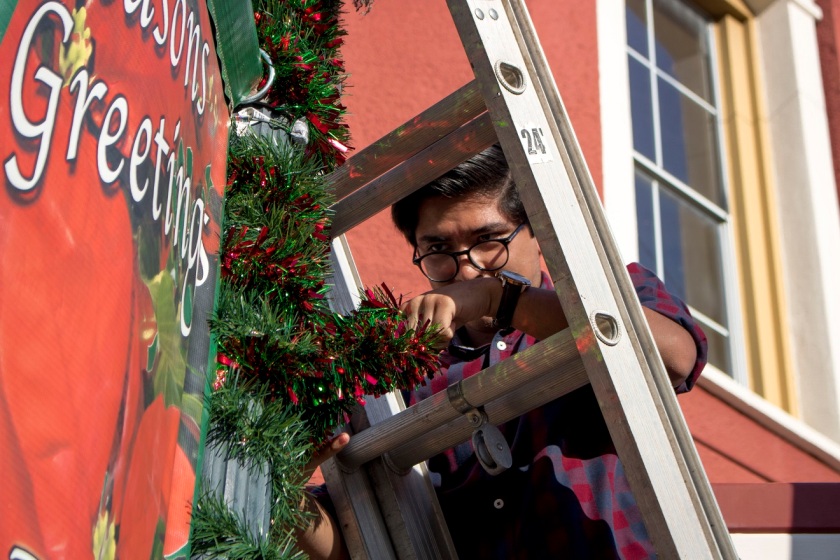 Soon we had our masterpiece finished and ready to catch the attention of downtown visitors and contest judges. 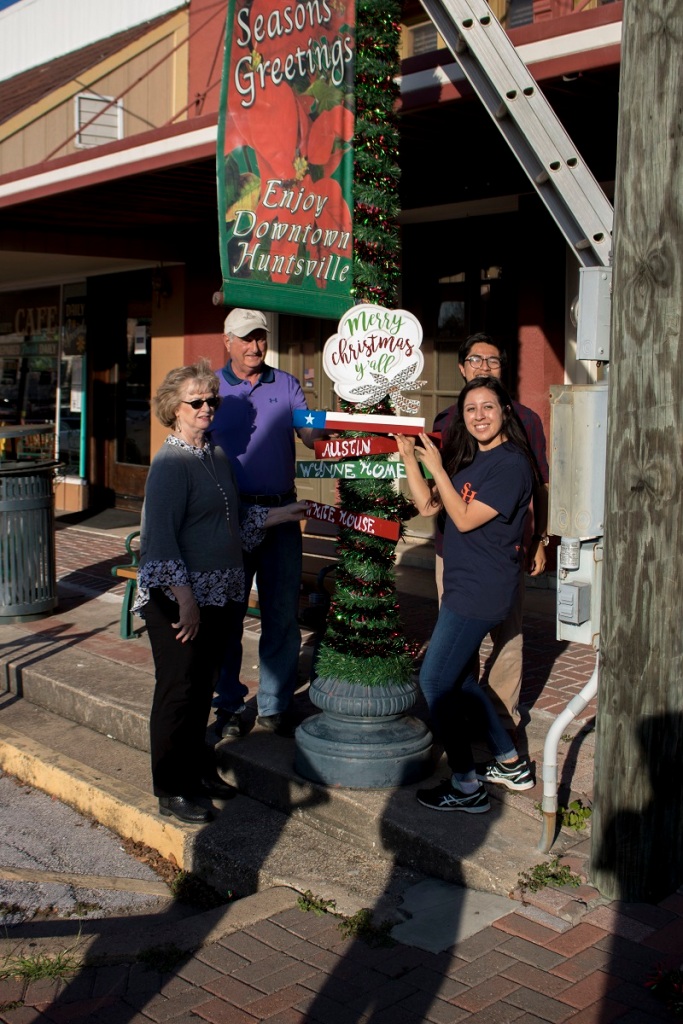 We would not know who would win the contest until December 2 at Fair in the Square. And although we didn’t win (congratulations The Patio Cafe!) it was still fun to sprinkle downtown with a bit of holiday joy.