Week three is arguably the best week of the heART of Huntsville series, with interesting exhibits and a nice comfort level with our fellow participants.   We began the evening at the Visitors Center and Jamie Matthews, the Visitor Services Coordinator, greeted us  warmly.  She provided a nice history of the building, and told us of the exciting changes that have recently taken place. 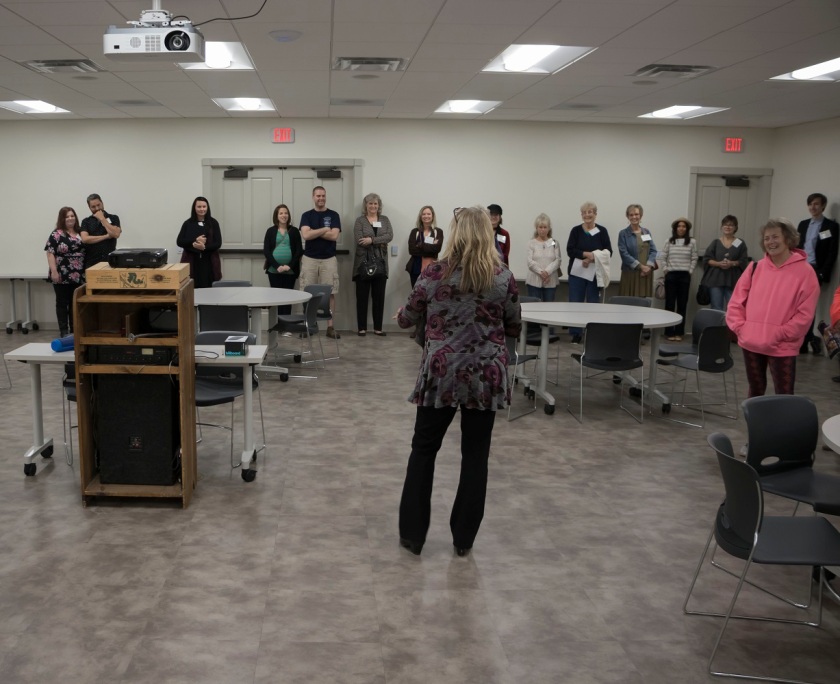 She walked us through the original building, the gift shop, and the new building named after Bill Hodges, former mayor of Huntsville. 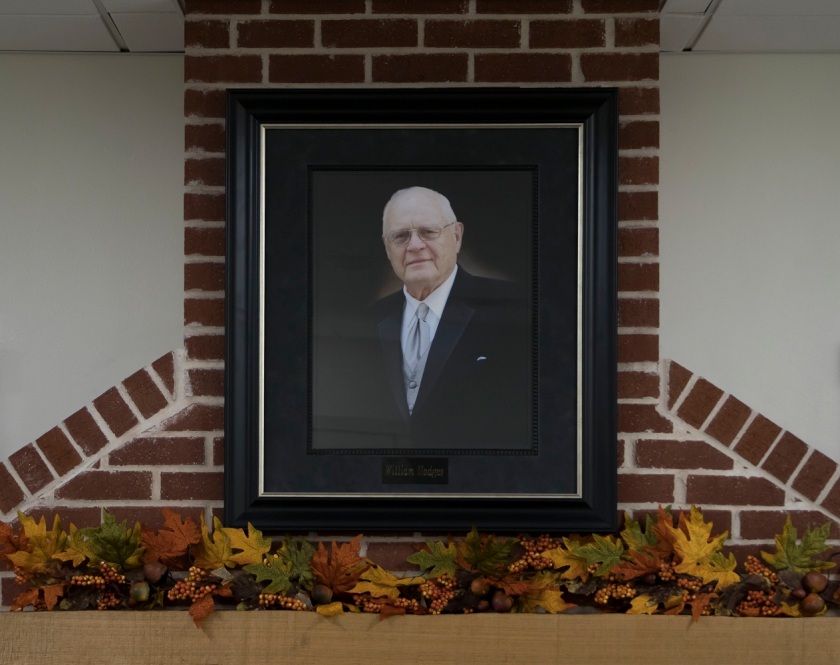 Afterwards, we made our way down to the Sam Houston Statue. As we start walking up, the 67-foot famous monument created by David Adickes began to tower over us.  The statue is surrounded by many bricks that have been purchased to support the Visitor’s Center. A few notable donors are Governor George W. Bush, Dan Rather, Lech Walesa, and the LEAP Ambassadors! 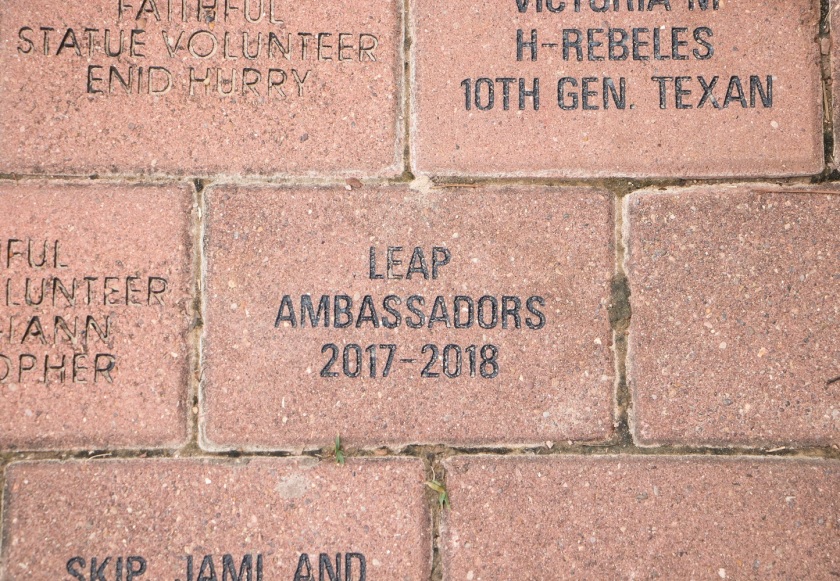 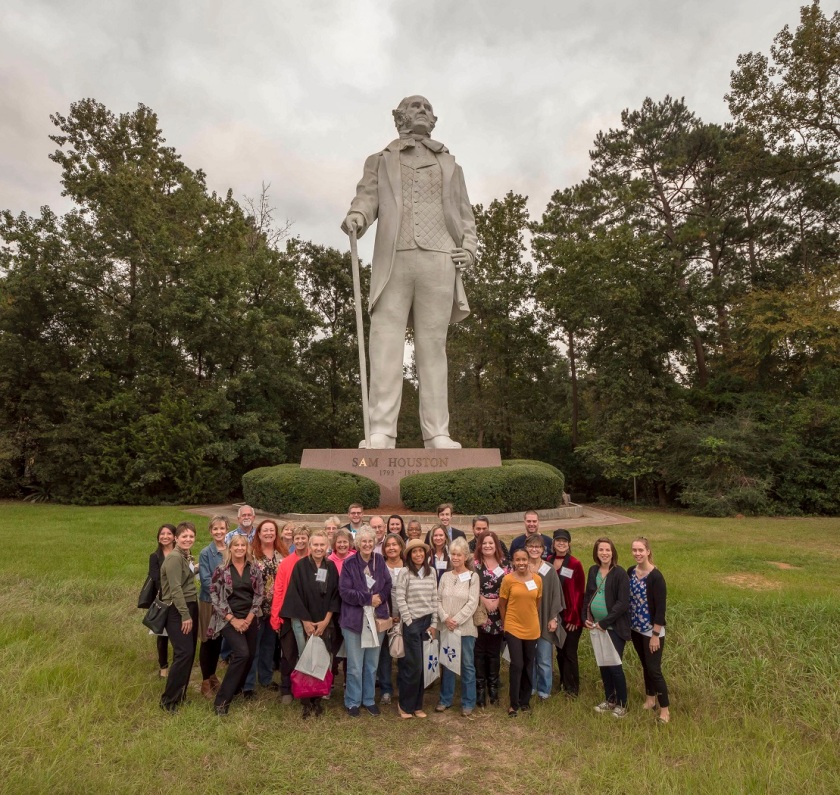 …we returned back to the Visitor’s Center main building. Led by Huntsville expert, Professor Yawn, we boarded a charter bus and began our tour of the town. 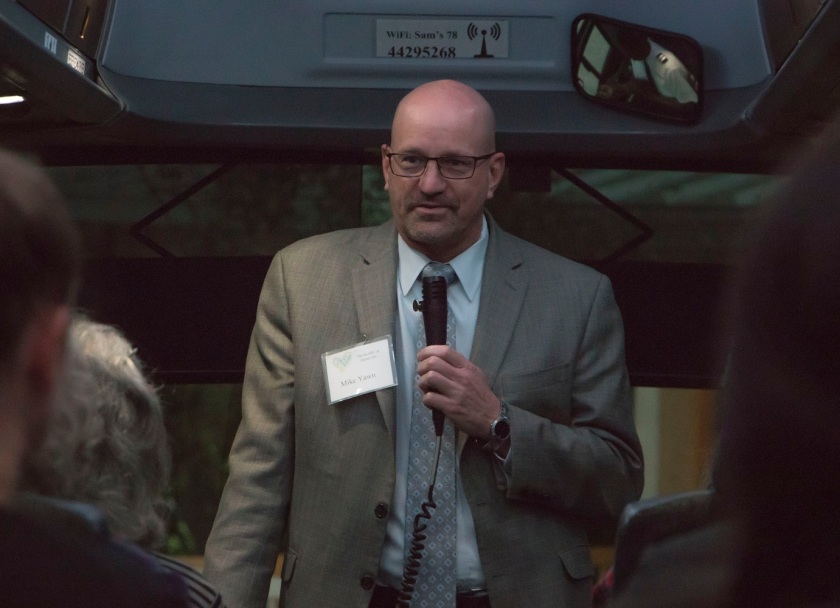 This tour was unique as the Huntsville High School and Sam Houston State University were having their homecoming parade, so we had to do our best to maneuver the city while avoiding Sam Houston Avenue and 11th Street.

As we drove past the Goree Prison Unit, Professor Yawn informed us of prisoners who traveled and sang on radio stations known as the Goree Gals. Jennifer Aniston currently has a movie in the very early stages about the three famous prison stars although currently there is no set release date.

Our next stop was located on University Ave, where we saw a slew of older homes: the Ashford Home (once used as a funeral parlor), the Rogers-Baird Home, and the old Smither Warehouse. Although their appearance may say otherwise, there is quite a daunting background involving some of the houses which involves fraternity members using them for parties. However, as of today, they are all renovated and seem to be in good shape.

We then headed to Oakwood Cemetery. Unfortunately, because of the mud and it being nighttime, we were unable to get off the bus to see the bronze replica of Danish sculptor Bertel Thorvaldsen’s “Christus,” popularly known as the “Comforting Christ.” As we showed everyone pictures of the statue, Professor Yawn explained its interesting history.

There are four copies of the sculpture in the United States (that we know of), one of which is rumored to be in a cemetery in San Antonio. The Oakwood Cemetery version was commissioned by the Powell family to honor their youngest son, who died during surgery in the early 1920s.

On a happier note, we were able to finish up the tour and we made our way to Carbonero’s, a local Salvadorian restaurant. There, we enjoyed tacos, enchiladas, and pupusas while also enjoying each other’s company.

After dinner, our last stop was the best part of the whole night–the David Adickes Foundation.

Ms. Linda Wiley, the Adickes Foundation curator, welcomed us to the studio, and she and Mr. Adickes offered a brief introduction to its history and current state. 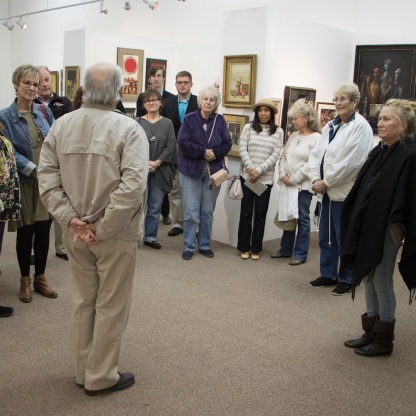 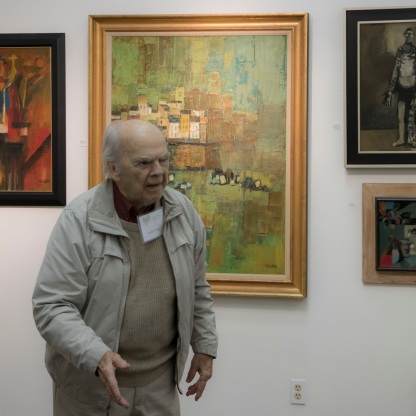 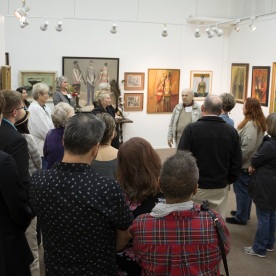 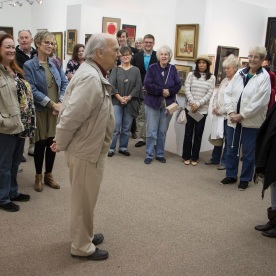 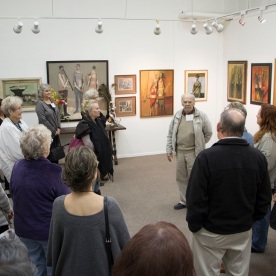 Mr. Adickes always provides a fun atmosphere as he makes timeless jokes and welcomes us to his beautiful gallery. 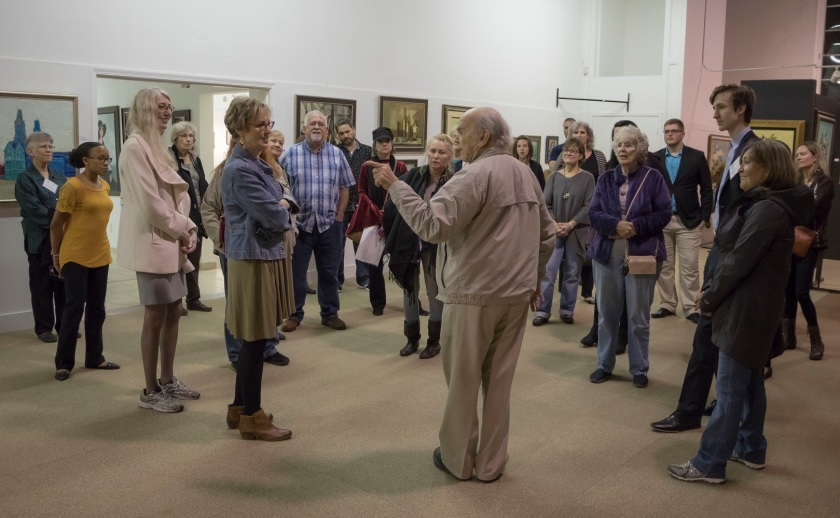 He told us stories of when he traveled, fought in World War II, and eventually became a famous painter and sculptor. 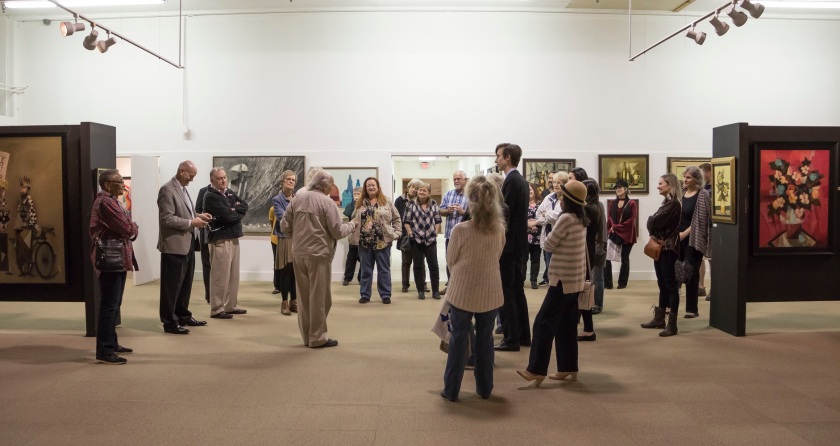 As we began to explore his collections we noticed a peculiar photograph of Elvis Presley in his living room. What got our attention were a series of paintings hanging on the corner of the photographed wall. It turns out The King was a fan of Mr. Adickes and had purchased three of his paintings. After Elvis’ death, Mr. Adickes discovered the paintings and brought them back to Huntsville! 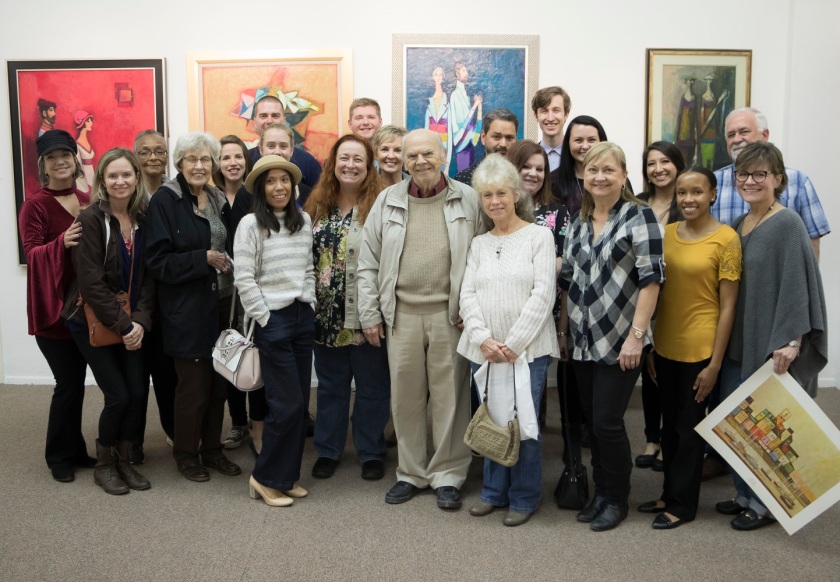 …we made our way back to the bus. We were all so happy to have gotten a chance to enjoy one of Huntsville’s best kept secrets! 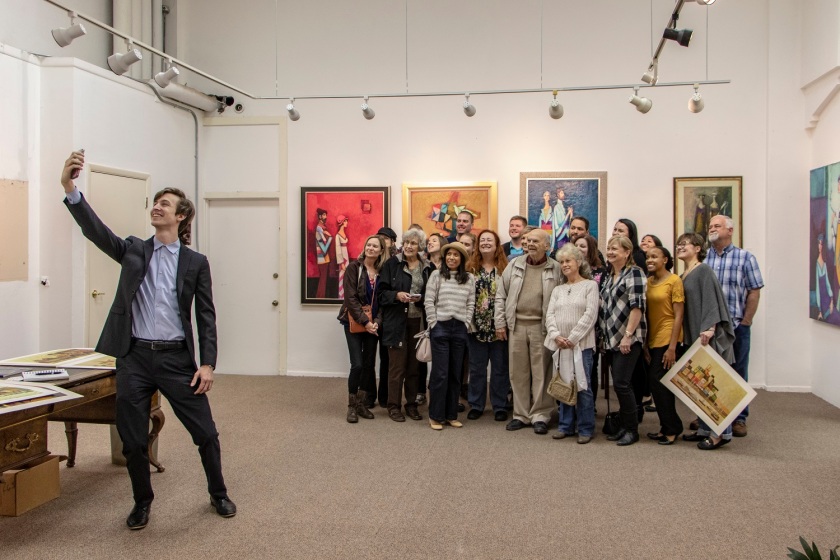