After we arrived in Austin on Saturday, a couple of us stayed at the hotel and used the time to get some work done, while Makayla–who had never been to Austin–used the time to explore Austin and its grounds.

She posed for photos, while also exploring the art exhibit on gun violence in the Capitol Building.

After a bit of downtime, we met Ilexus and Jezel, the two LEAP Ambassadors currently interning in Austin, and we decided on dinner at CAVA, a Mediterranean restaurant with build-your-own grain bowls, pitas, and salads. 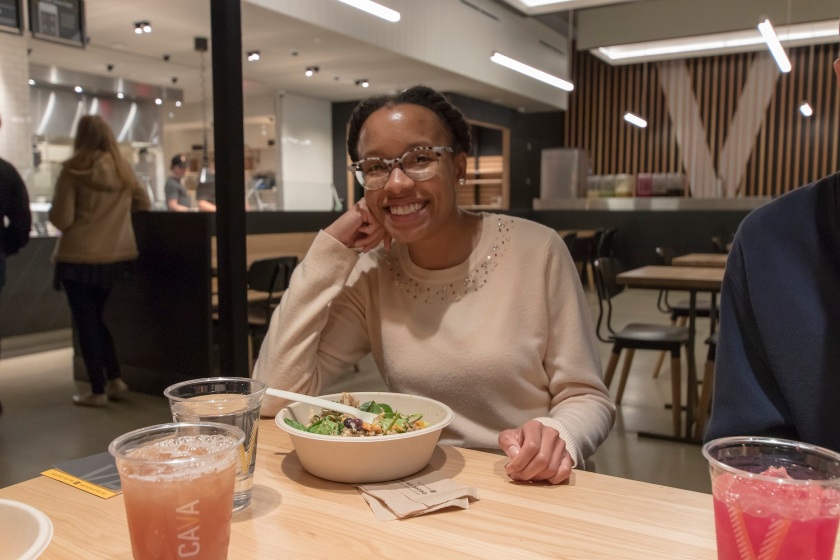 Everyone was able to find something they liked there, while also trying something different.  The black lentils and falafel were especially delicious additions to our bowls, and we were also able to sample the interesting-sounding beet lemonade that proved to be quite refreshing.

After dinner at CAVA, we stopped by The Coffeehouse at Caroline Restaurant for a pick-me-up and also to have something to warm our hands on during the chilly walk back to the hotel.  We got a little experimental and tried matcha green tee lattes, white blueberry teas, while other, less-adventurous folks settled for their white mochas. 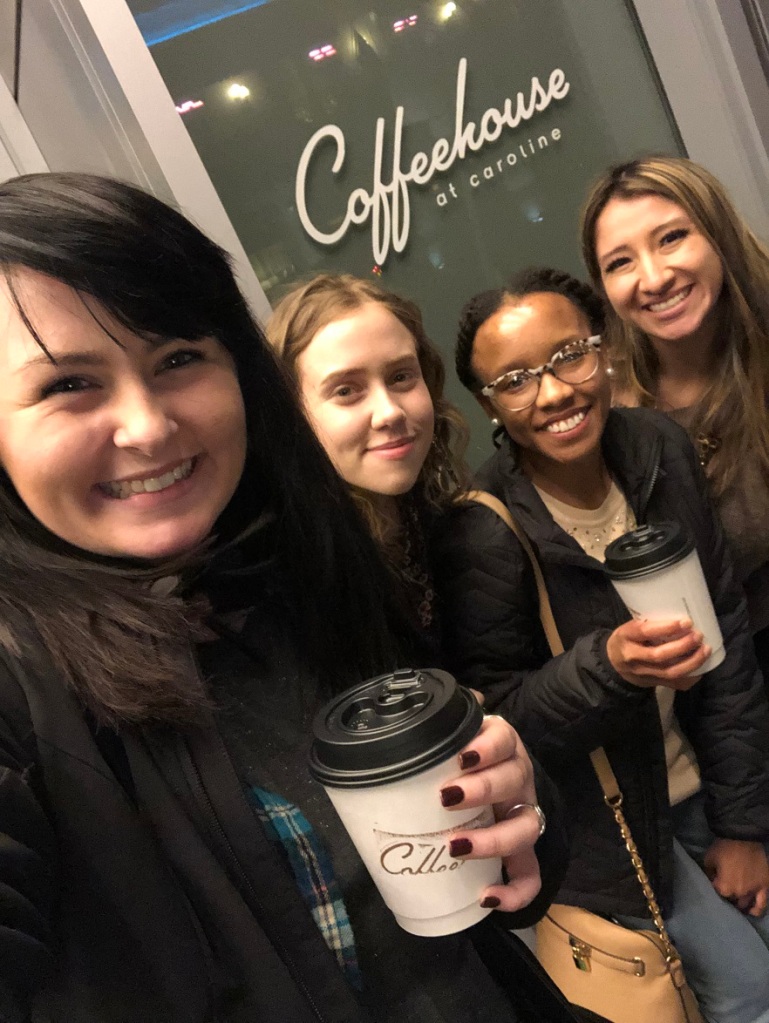 Armed with these refreshments, we made our way back to our hotel, to commence a “retreat,” where we planned not only for the remainder of our trip, but also for the semester.