This semester, we hosted former Attorney General Alberto Gonzales again at SHSU. A group of about 12 students were selected to ask him questions about his career and solicit his advice on a number of topics.

He told us a bit about himself and his journey to the White House. Born in Humble, Texas he graduated high school and joined the Air Force. After attending the Air Force Academy, he went to Rice University and later moved on to Harvard Law School. He worked for several years in the private sector and eventually became partner at one of Texas’s largest law firms: Vinson & Elkins (interestingly, this law firm was founded by Judge James Elkins, a Huntsville resident). Then, he served as a Texas Supreme Court Justice before moving on to the White House to serve as White House Counsel and, subsequently, Attorney General. Most notably, he was our country’s first Hispanic Attorney General under President George W. Bush.

After a brief overview of his life, he asked us about our aspirations. Many of us told him that we hoped to go to law school. Being the current Dean of Belmont University College of Law, he was able to offer advice and shared with us what his school looks for in applicants.

Unlike the previous 4-5 times he’s visited, Judge Gonzales dismissed a prepared discussion and simply jumped into an interactive discussion.  One student, Conner Flynt, asked about the portrayal of Dick Cheney in “Vice.”  Gonzales, who hasn’t seen the film, asked Flynt how Cheney was portrayed, to which Flynt responded, “As the person who told President Bush what to do.”  Gonzales dispelled that portrayal, noting that, while Cheney was a powerful VP, President Bush made the decisions.  All the members of the Cabinet were invited to provide opinions–even forceful opinions–but once the decisions were made, President Bush expected people to be on board. 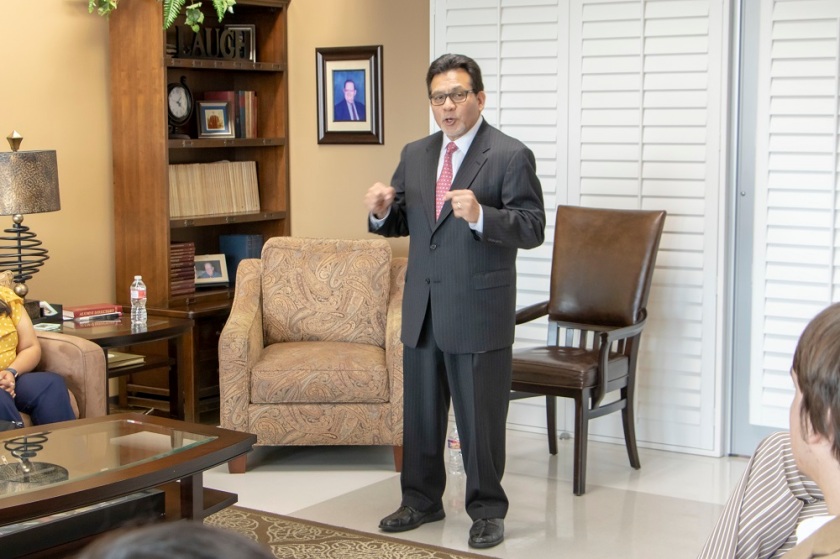 Other questions pertained to Gonzales’s ethnic background and whether being Hispanic hurt him in his political career.  Gonzales shrugged this off a bit, noting that he knows there were some people rooting against him because of his ethnicity, while also noting that opportunities were opened to him because of his ethnicity.  He specifically mentioned that, after being appointed to the TX Supreme Court, President Bush was asked whether Gonzales’s Hispannic background was a factor in his selection.  President Bush responded, “Yes. I wanted a qualified Hispanic on the court, because I think it’s important that the Texas Supreme Court look like Texas.”  (Incidentally, Bush also appointed the first African American Justice to the Supreme Court, Wallace Jefferson.)

Gonzales further intrigued us with his discussion of 9-11, when he was stranded at an airport after all planes were grounded.  As it turned out, he was flown back to the Washington, DC by a Navy pilot. 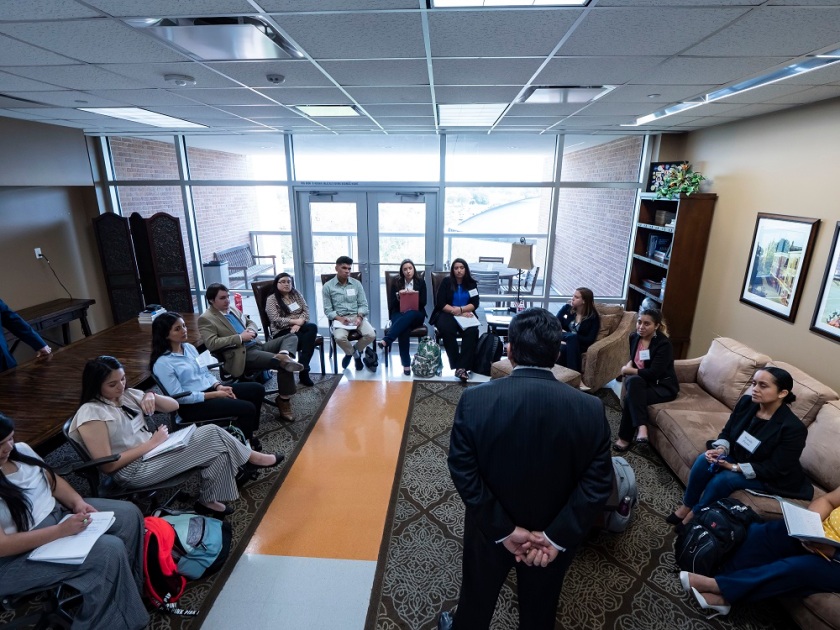 He also reminisced about the time that he was “designated survivor” during a State of the Union speech.  He was given the option to be flown around on Air Force One or go to an “undisclosed location.”  He opted for Air Force One, in which he was briefed on various National Security issues that would immediately be relevant should a tragedy befall the US Capitol Building.

As Judge Gonzales began his closing, he encouraged us to make things happen, which can only begin when students take opportunities.  By taking those opportunities, new opportunities will arise, and one of those may be the kind of life-changing opportunity he had when President Bush asked him to be on the Texas Supreme Court.

Colonel Yebra, wrapped up the conversation with some encouraging words, and Judge Gonzales thanked Yebra for his service (Yebra did three tours in the Middle East) and called him a “hero.” 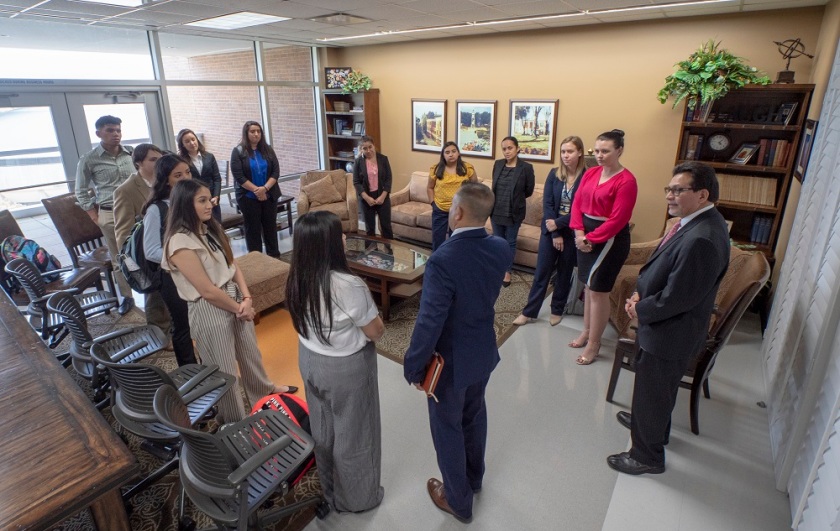 When the discussion was completely over, we paused for a group photo… 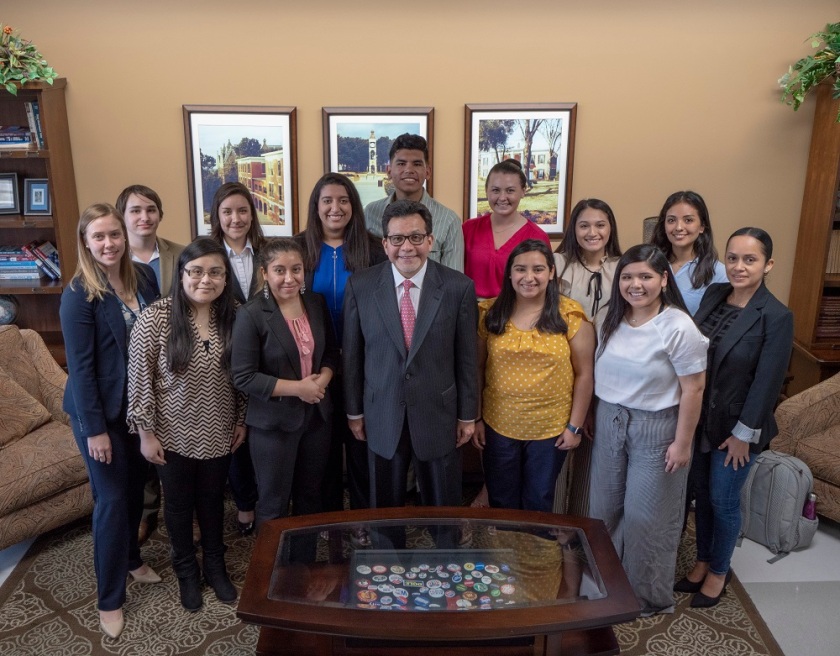 …and we left the room, enthusiastic and inspired.