If the semester is winding down, we are gearing up for our last Pre-Law Society meeting. This one was much different from others as we had a hands on exercise with our guest speaker and even a surprise at the end of the meeting!

We started out by recognizing two PLS members who participated in the Ethics Bowl earlier this month. Cydnii Richard-Daniels (sophomore) and Emily Lindahl (freshman) were a part of the the SHSU team who placed 3rd in the competition.

By placing so high, they have qualified for the competition held in Atlanta. The entire team deserves recognition (including coaches Joe Agin and Professor Bachman) for getting the team to Nationals on their first try at competition!

After some housekeeping by our President, Sawyer Massie…. 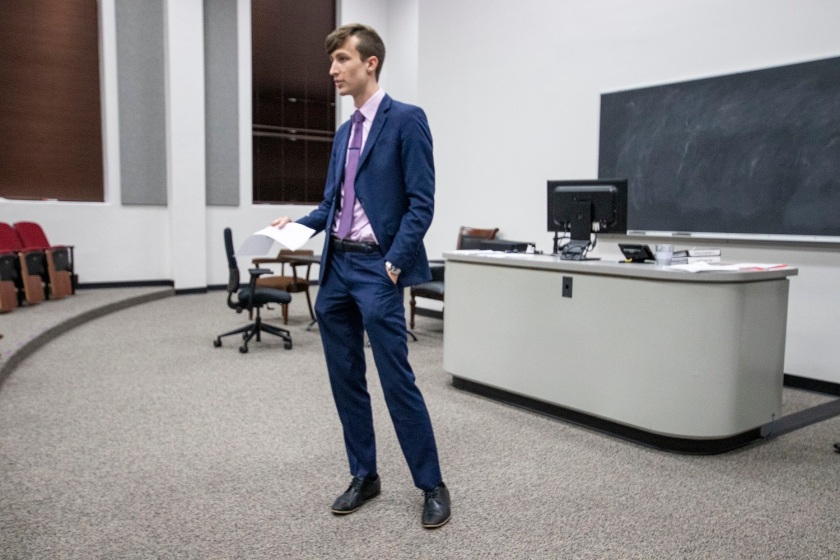 …Professor Yawn introduced us to our guest speaker, David Moorman of Haney, Moorman, Paschal, P.C. He led an exercise in Voir Dire, which is the process of selecting the jury from a summoned panel.

Sixteen of us volunteered, and we were given background descriptions earlier in the day.  Our job was to embody those personalities and “play a jury.” Our “jurors” varied: from a country music singer, a retired bachelor, city workers, an aspiring “Instagram Influencer” and everything in between. 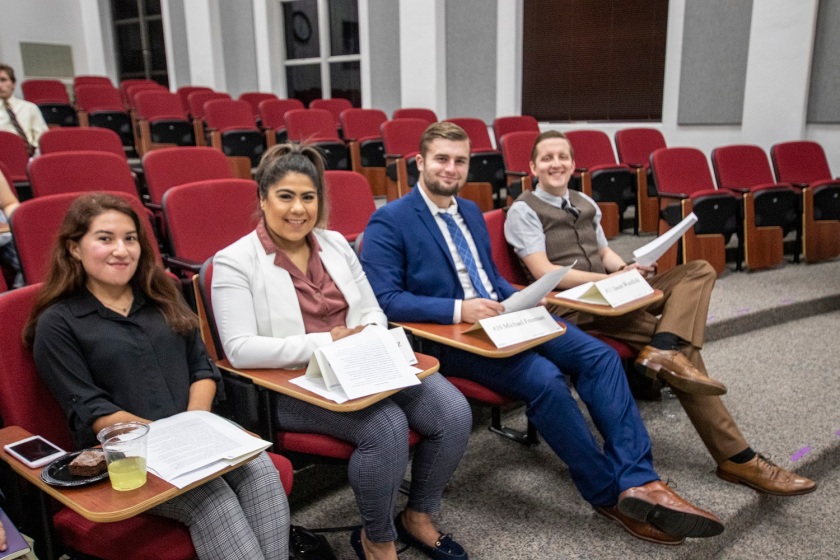 Mr. Moorman began by portraying the prosecution, and he did an excellent job of examining jurors who might favor prosecution.

He went over strategies of how you might approach a witness, the importance of not turning jurors against, the danger of a forceful juror tainting other jurors, and the like. 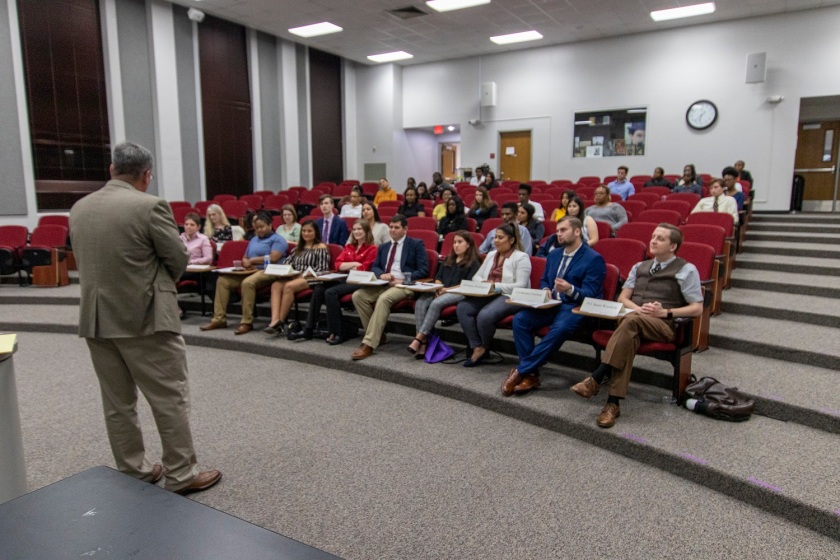 At the end of the voir dire, everyone, not just the jurors, could say they walked away with some new found knowledge of the jury picking process. 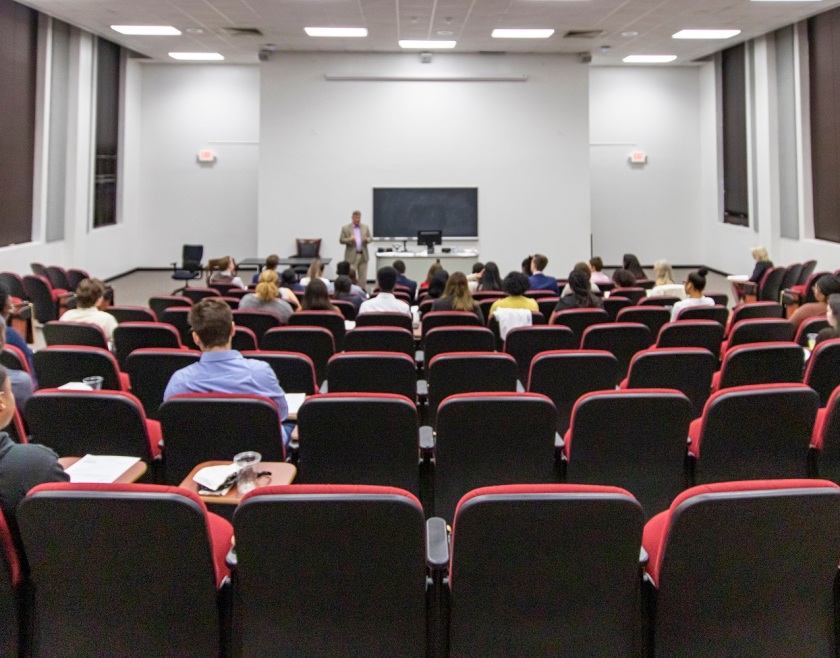 We learned new terms, such as strike, removal for cause, challenge for cause, along with some others. A key thing Moorman highlighted on, do NOT ignore your jury duty summons. 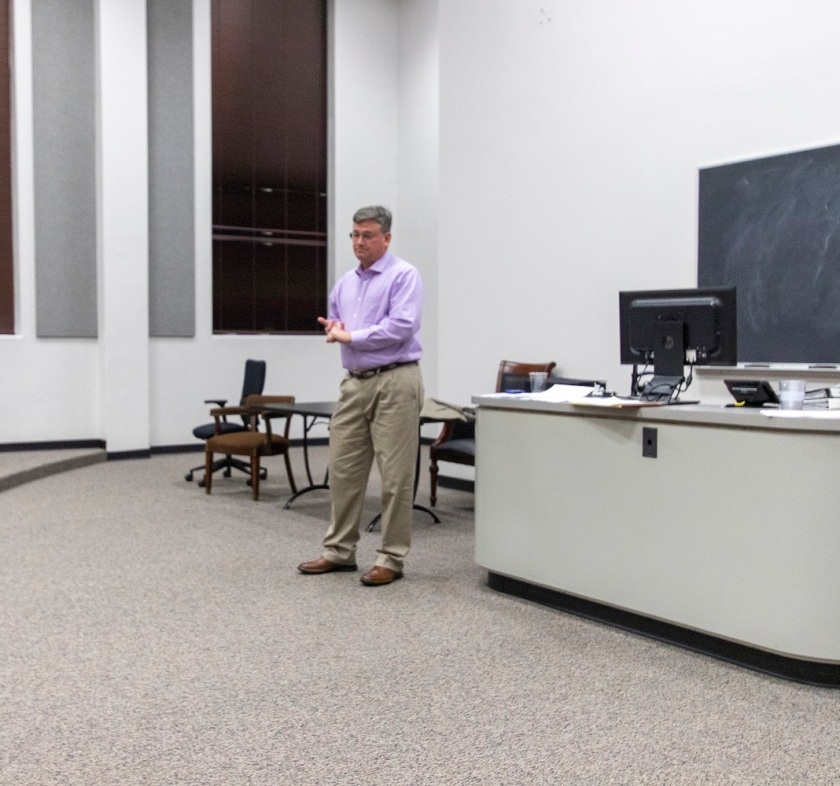 Congratulations to these three members on winning the scholarship!

This was a successful way for us to end our semester. Our next meeting will be January 22nd, along with our infamous Ice Cream Social. The Ice Cream Social is open to returning members, as well as prospective members. We can’t wait for the new year!