It was a nice Saturday afternoon and the Wynne Home was hosting  the opening reception for photographer Darryl Patrick’s exhibit: “The American Dream.”

…and then Professor Patrick began his remarks. 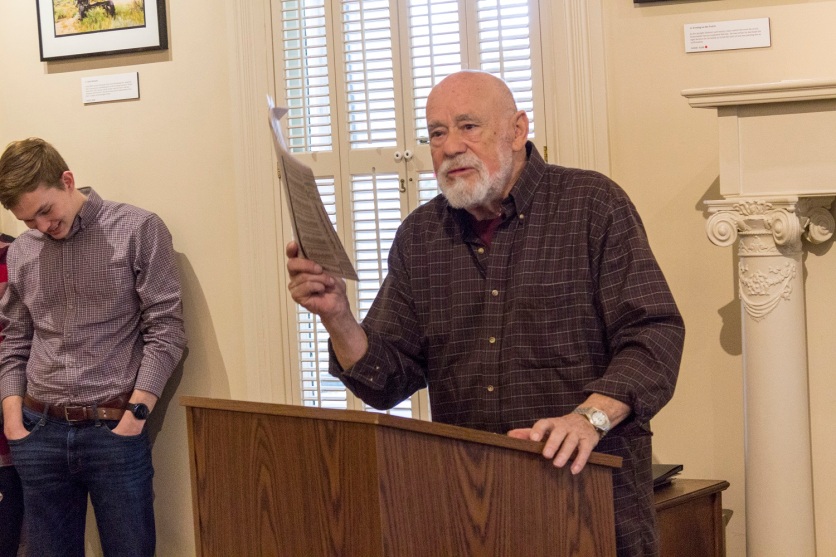 Patrick spoke to a decent-sized crowd…

…and he did a good job of conveying the essence of the exhibit’s theme, which highlighted the difficulties associated with “The American Dream,” as well as the struggles experienced by western settlers.  The photographs, often showing spare composition and minimal vegetation, underscored this theme.

After his remarks, Darryl Patrick signed our gallery guides and took a picture with us!

It was a great exhibit, and we are grateful for the hospitality shown to us by Ms. Faulkner and Miranda Estrada.  It was a wonderful way to open the Wynne Home for the year, and we look forward to many more events there in the months to come.

One of the reasons we love the Wynne Home is that is near Carbonero, one of our favorite Huntsville restaurants.  And after the reception we walked over so that Quinn and Heather could experience another first: lunch at Carbonero.

Heather and Makayla had pupusas with chafa rice and a side of fried plantains. 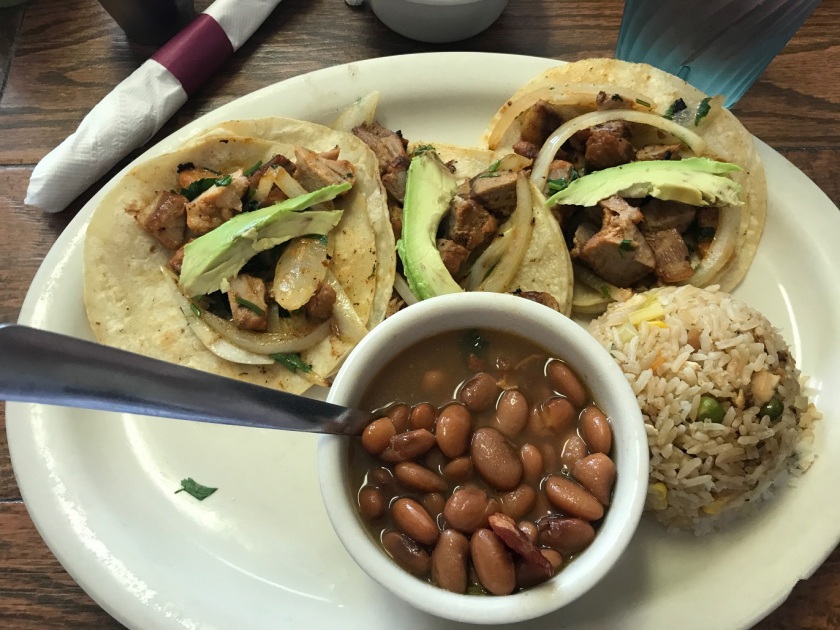 All were good, and it made for a true taste of Huntsville, combining the Wynne Home and Carbonero.