Kat Talks–Stories of Success–is a brand new program at SHSU that is close in spirit to the world-renowned Ted Talks.   Launched by SHSU’s wonderful Academic Success Center, the program will feature four speakers this semester, all of whom work for SHSU.   In the future, the Center’s organizers hope to expand the program to incorporate alumni and current students.

Appropriately, however, the program’s inaugural speaker  was President Dana Hoyt, whose theme was “being all-in, every day.” 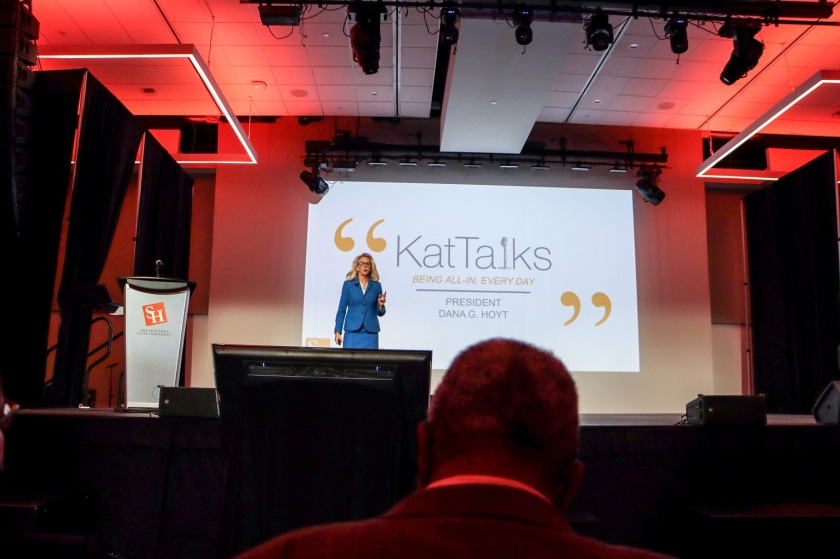 In an excellent talk, she discussed the importance of being fully invested: in work, tasks, classes, and other aspects of the college experience.   By getting these things every day, success is moved forward, and the small accomplishments soon grow into large accomplishments. 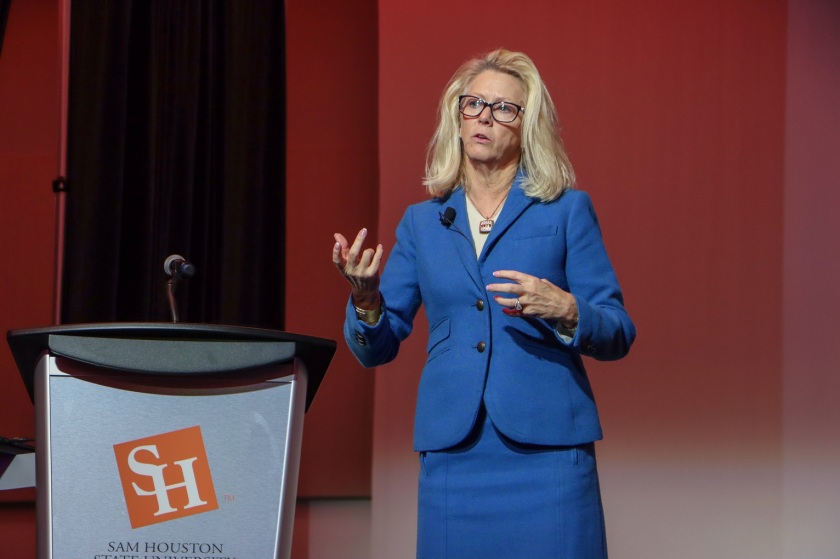 …and other luminaries.  And, as the Executive of a state institution with a 300 million dollar budget, she incorporated characteristics of sound management (and life): courage, confidence, change, and communication.  One of the key points we took away was her admonition that, when seeking change, offer solutions.

After the Kat Talk, we grabbed a quick selfie with President Hoyt, and we relished being a (small) part of a new program at SHSU.

This sense of being in on the new, however, came full circle a few days later, when we learned that this semester would be President Hoyt’s last long semester on campus.

Announcing her retirement effective August 2020, President Hoyt looked back on her many accomplishments–using, no doubt, the keys to success she shared with us on the first-ever Kat Talks.