The LEAP Ambassadors once again jumped at the opportunity to see a Mark Burns’ exhibit, which are always enlightening and enjoyable.  To us, he is a friend and mentor, but to others he is an American photographer best known for his work on the “National Parks Project.”

He has been featured in publications such as Time, The Sporting News, and The Atlantic, and this past week, he was featured at the George Bush Presidential Library in College Station, TX.  The occasion was the 100th Anniversary of the Grand Canyon’s designation as a National Park.  The exhibit, consisting of approximately 30 photographs of the Grand Canyon, displays Burns’ versatility as a photographer.

We arrived early, and since this was Samantha Piedra-Lujan’s first visit to the Bush Library (actually, any Presidential Library), we took a photo of her in front of the entrance. 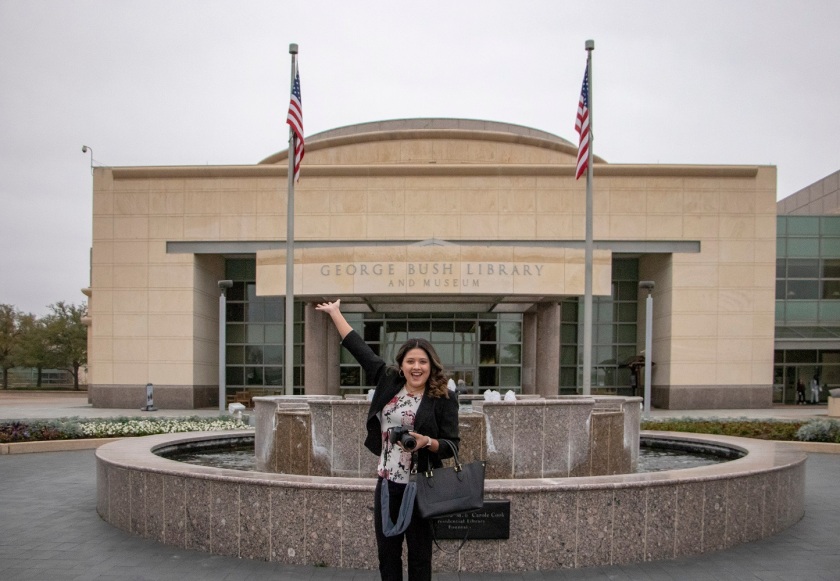 When we entered, we joined approximately 240 others, who were in for an event treat, one staged by Tracy Paine, the Museum’s Events Director, who arranged for a band… 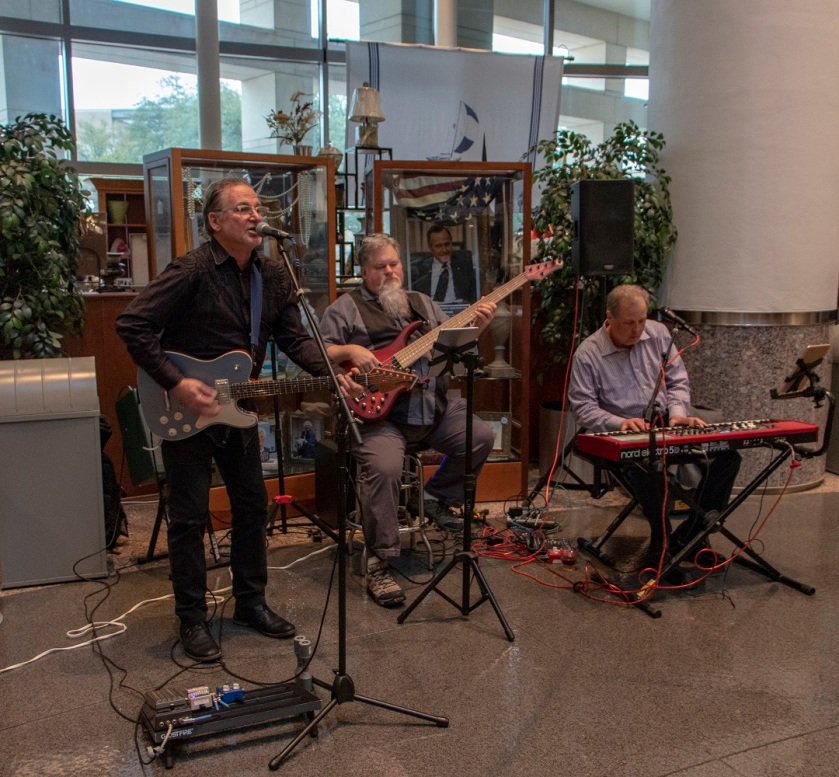 …and a nice spread of food.  While there, we met Dr. Bob Holzweiss, the Deputy Director of the Bush Presidential Library, and Dan and Donna Beto, Bearkat alums, who are great supporters of SHSU.

Soon, people gathered in the lobby for brief remarks, after which the exhibit would be unveiled.  Bush Library Director Warren Finch introduced Mark Burns…

…noting that this is the third exhibit the Museum has hosted for Mr. Burns and highlighting the special place that the Grand Canyon holds for US citizens.

When the microphone was turned over to Burns, the photographer briskly approached the microphone and discussed the overall theme of the exhibit: “Time.”

He discussed the long-term development of the Canyon, noting that it is continuing to evolve, even as we speak, and pointing out that its designation as a park is only a miniscule fraction of the time that the Colorado has been working its magic in north-central Arizona.

Burns continued to speak about the effect of the Canyon on him, as well as the humility that comes from traveling to and photographing something so majestic.

When Burns completed his introduction to the exhibit, the curtain rose, and the Museum’s guests could visit explore the many images captured by Burns.

These photos hold a special place for us, because we’ve been to many of these locations and, in some cases, we were with Burns’ while he took the photos.

As these images suggest, Burns is often praised for his “photographer’s eye.”  His images evince a strong composition, along with the sophisticated technical skills of a photographic craftsman.  The depth of field, for example, in the photo below, for example, is astounding…

..and complements his use of available light to provide balance between the foreground and background.

…such as the piece above, which depicts a rock at the Canyon, and Burns’s hands emerging, a metaphor for “man emerging from earth.”  The hands are Burns, and the crack is a rough estimate of the time that man-like species have been on the planet relative to other species.

The other guests at the exhibit seemed to enjoy the photos as much as we did, and there were many animated conversations about which photograph was the best.

For us, we allowed Samantha to choose, and we all approved her choice and took a selfie to commemorate the occasion.

Before leaving, we grabbed a photo with Burns… 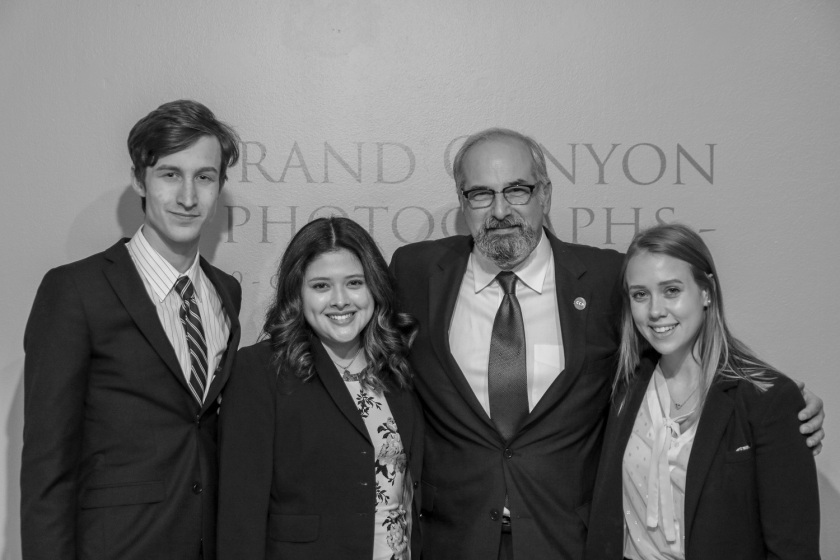 …and then we took advantage of the open Museum to do a quick run-through with Samantha, who primped for the camera.

With a final look at the gallery, some last-minute photographs…

…we said our goodbyes, and we headed for Café Eccel.

We ordered the Mediterranean platter and tableside guacamole for appetizers, with the latter being particularly good.  The entrees were also excellent, with the reuben, the texican fried chicken, the poblano soup, and the gourmet grilled cheese standing out. 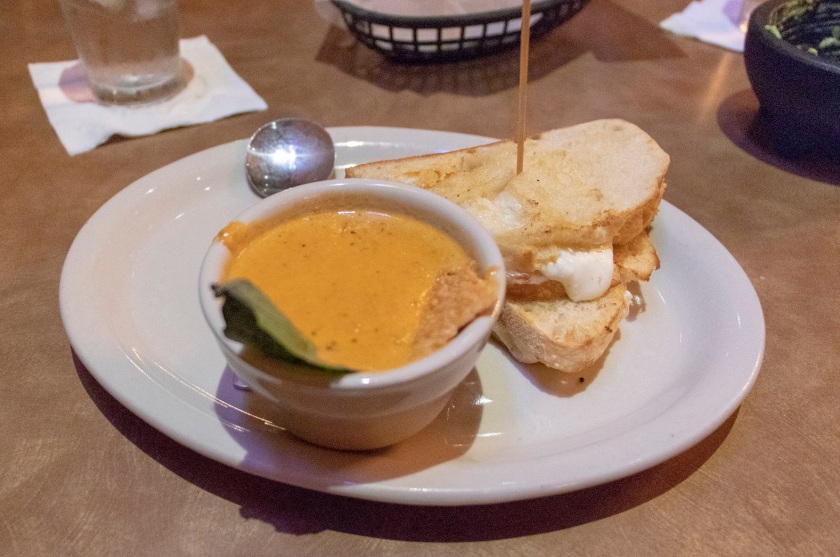 It was a fitting close to a wonderful evening.