Houston recently acquired “Cloud Column,” which is also called “The Upright Bean.”  It’s a work of art by Anish Kapoor, whose most famous work is the “Bean” (formally called “Cloud Gate”) in Chicago.  Houston’s acquisition of this work has spurred a heated exchange between Houston and Chicago.  In this exchange, a Chicago writer called Houston a “cultural abyss” and a  Houston writer referred to Chicago as a “has-bean.”

While we’ll leave it to others to argue about the merits of Kapoor’s various works, we keep visiting them when we get a chance!  Our first chance was at the Besthoff Sculpture Garden, where works by Claes Oldeburg, Louise Bourgeois, and Jesus Moroles overshadowed a smaller Kapoor piece.  But that wasn’t the case in Chicago, where the famous bean caught the students’ attention. 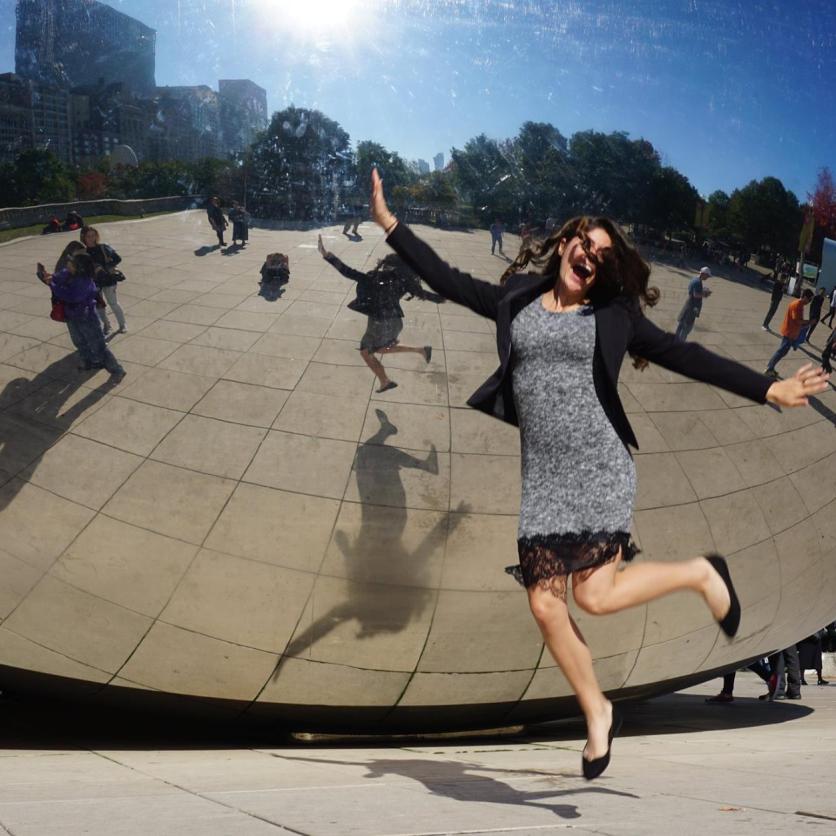 And, of course, with the “Cloud Column” in Houston, we have new opportunities to explore Kapoor’s art, such as when Christina Perez visited…

…or when Karla Rosales visited a few days later.

More or less simultaneously, separate LEAPsters were in Phoenix checking out Kapoor’s “Upside Down, Inside Out.”  Unlike most of his work since 1995, this piece isn’t stainless steel, but it is reflective and curved, distorting space and perception. 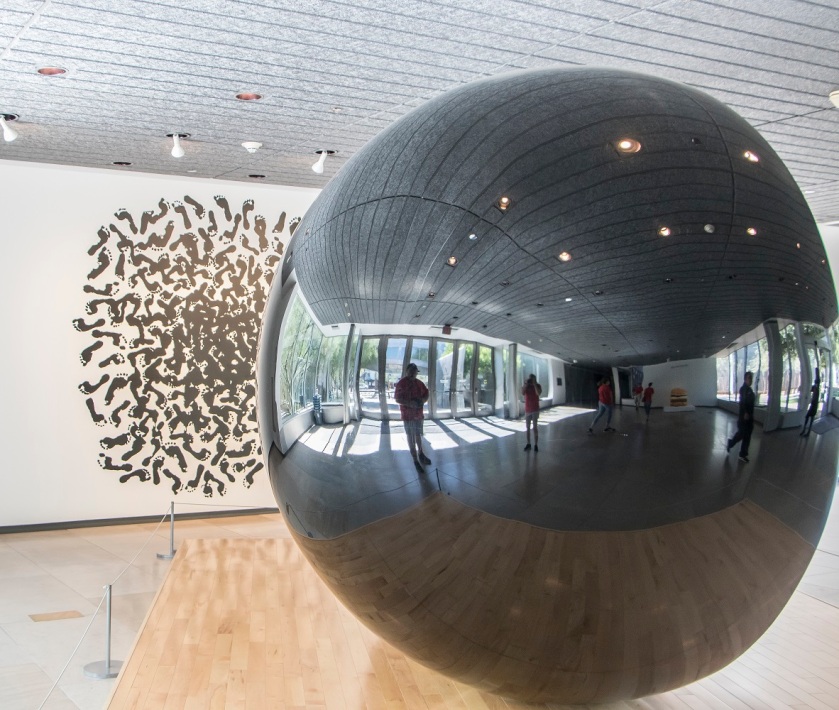 We’re not sure which of the ones we’ve seen are the best, but we are sure we are pleased to have one close to home!