Richard Bell is an Early American History professor at the University of Maryland. Bell has received many awards for his teaching and research. Among his awards is the National Endowment for the Humanities Public Scholar Award, which provides grants to authors to help with cost associated with working toward publication. Bell recently published Stolen: Five Free Boys Kidnapped into Slavery and Their Astonishing Odyssey Home.

This book details the journey of five free Black boys who were captured by slave kidnappers, stripped from their homes in Philadelphia, and tossed into slavery of the “Cotton Kingdom.”

Bell did not give us a full, detailed summary of his novel, in hopes to encourage the audience to purchase his book. However, he did give a brief overview that hints at the fate of the young boys. After the boys were captured in 1825, four of the five boys completed their journey to freedom.

Stolen: Five Free Boys Kidnapped into Slavery and Their Astonishing Odyssey Home only gives the experiences of five individuals. However, according to Richard Bell, “tens of thousands of Black lives were stolen” and forced into slavery. Many of the captives were poor free Black children, who more than likely never returned to their families. Bell referred to this as the “Reverse Underground Railroad”, or the trafficking of free Black Americans into southern domestic slavery. 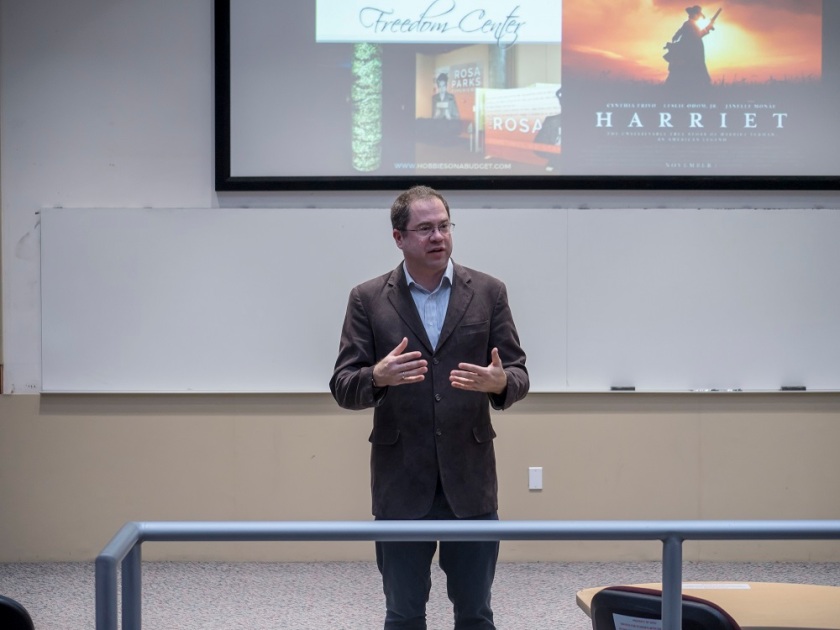 Slave traffickers were organized in a small circle of station agents. They relied on secrecy, disguise, and bribes to keep the viability of their practice. Also, slave traffickers did not document their experiences in memoirs or keep business records. In juxtaposition, Harriet Tubman, gave public speeches, documented her experiences in a memoir, and participated in fundraising tours. Additionally, the “Reverse Underground Railroad” contrasts Harriet Tubman and her work to free southern slaves through the Underground Railroad. While the slave traffickers worked to enslave free Black Americans, Harriet freed southern slaves. It is possible that these two groups encountered each other on their journeys. 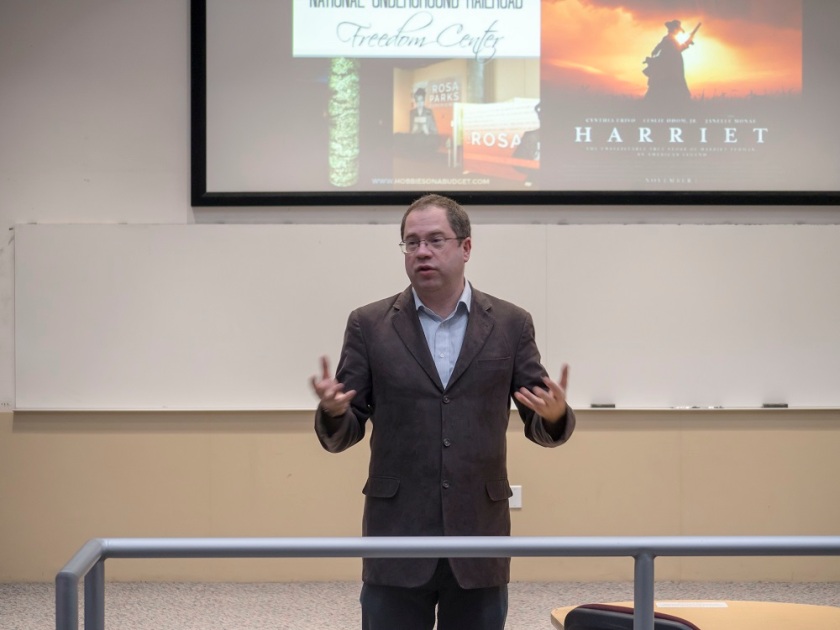 In closing, Richard Bell stressed the importance of exploring the reverse underground railroad to help us recognize that slave trafficking before the Civil War was frequent. Also, examining the reverse underground railroad is significant because families belong together, and their stories deserve to be shared. The LEAP Ambassadors would like to thank the CHSS Diversity Committee for coordinating this educational event, and we look forward to attending more in the future. 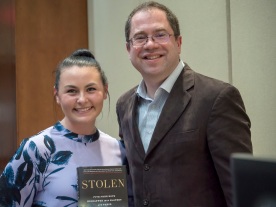 Happy Birthday Vincent van Gogh! He was among the most famous and influential figures in history of Western art. #Throwback to when the LEAP Ambassadors got to examine his beautiful works of art!