For those sufficiently skillful and fortunate to be chosen for Saturday’s matches, it was a big day.  The top sixteen teams squared off at 9:00am, followed by matches at 10:15am, 11:30am, and 1:00pm–with the last being the final.

The morning began much like a typical class day, with students pointedly not listening to Professor Yawn.

All were interested in the early rounds and the ability to watch some of the teams that the SHSU students had competed against yesterday.  In the “sweet sixteen” round, the variance in speaker ability was still somewhat high.  All the competitors were average or better, but there were teams in which one of the two teammates was clearly superior.  By the “final four,” all the speakers were considerably above average.

During a lull between contests, all but one of the students took a quick tour of UNT Law.  After a somewhat formal beginning…

The students spent a considerable amount of time in the library, with some genuine interest in the type of reading law students do, such as here… 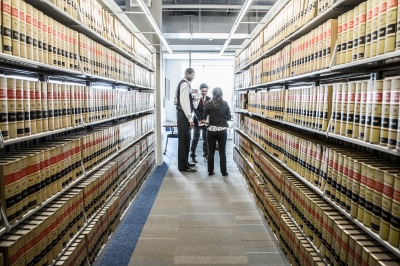 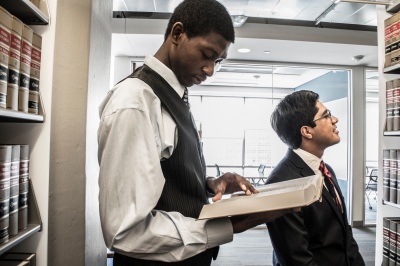 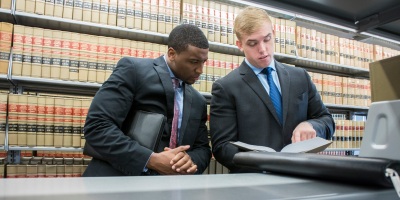 …while some of the fun and interest was a bit staged…

…the giveaway being the idea of two guys spending this much time reading.

The girls, meanwhile, didn’t even pretend to read.

Constance spent most of her time posing, such as here… 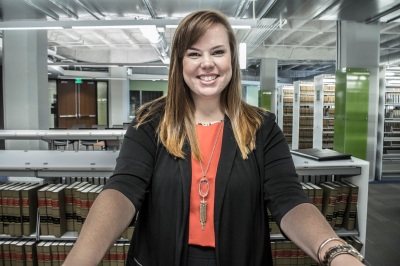 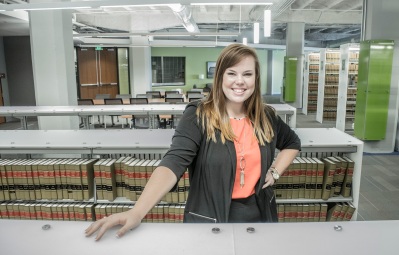 Nor did the folderol stop when adults came back around.  Kimi King, pre-law advisor from UNT (and a Ph.D. and JD and the prime mover of the tournament) joined in the fun, albeit a bit distractedly….

With time for just one more selfie…

…the students hurried off to lunch, so that they could get back in time to see the finals.

The finals consisted of a team from Howard Payne University (HPU, Team 20) against a team from UNT (team 40).  The competitors (Alexis Rickmer and Kristen DeWilde from UNT; Isaac Sommers and Rebeca Puente from HPU) were excellent, with Sommers and Rickmer turning in particularly impressive final performances.

Some 65 people watched the final round, a group that included interested observers, friends, former competitors (such as SHSU’s teams), and family.  Even more impressive was the team of Judges, with former District Judge Royal Ferguson (currently Dean of UNT Law) as the Chief Justice.  The final was held in the UNT Courtroom, a nice touch that added verisimilitude.

Alas, the finals were extraordinarily even, with our group leaning toward the UNT team as the winners.  The judges thought otherwise, albeit by only a three-point margin!  With that, HPU won the scrimmage championship.

Following the tournament, Dr. Kimi King gave the Tournament Director, Andrew Sommerman, an award in recognition of his efforts on behalf of TUMCA.  Indeed, he is the founder of the American Undergraduate Moot Court Association.

The winners, too, were given awards for their excellent performances. 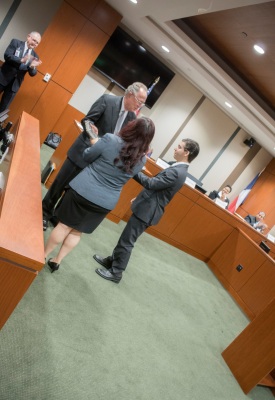 As were the runner ups.

And all the individual winners…

And even the SHSU students, both the moot court competitors…

…and the LEAP Ambassadors and prospective competitors…. 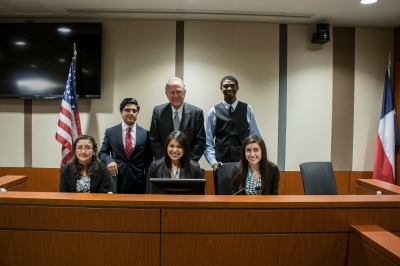 It was a long morning and afternoon, but immensely educational.  With the real tournament in two weeks, at Texas Tech, it was especially good to get feedback from judges and compare yourself to the competition.  The competition was impressive, but we’ve made much progress, have laid a foundation for future tournaments, and we still have hope for our upcoming tournament in Lubbock!