After a day of getting our feet wet in the Capitol and of renewing acquaintances with LEAP Alumni, we were ready bright and early for Day Two in the Texas Legislature.

Like yesterday, it was a day of learning.  I am doing my learning, at least for the first half of the week, in Representative John Zerwas’s office.

Zerwas represents District 28–an area with which I am familiar because I was actually raised in the district.  A graduate of Baylor College of Medicine, Rep. Zerwas is an Anesthesiologist who has served in the House of Representatives since 2006.  He currently serves as the Chair of the Higher Education Committee, and he is a member of the Public Health Committee.

Dr. Zerwas’s chief of staff, Nelda Hunter, welcomed me and quickly assigned my duties. My project was to do research on Texas higher education admission policy and compare it to other states who have similar demographics or size. I had the unique opportunity to attend a briefing hosted by Representative Zerwas’s office. The briefing was a presentation done by a representative from Educate Texas, an advocacy council that specializes in post-secondary education in Texas. Its mission is to offer policy recommendations that improves the overall quality of higher education. This council is made up of education experts.

Less glamorous but as important, I was also able learn how to use the phones and the Correspondence Management System (CMS). Although it was only two and a half days in Representative Zerwas’s office, everything I learned was truly valuable and appreciated.

During my lunch “break,” Alex Galvan and I were able to meet with Erin Daly-Wilson, who works for Speaker Joe Straus. During the meeting she stressed the importance of interning and gave us tips on how to be an effective professional. I learned that the committee appointments are made within the first three weeks of session and the Speaker is elected on the first day of session by the House Members. Speaker Straus was elected in a special election in 2005 and now has three bodies of constituents: his San Antonio District, the House, and the entire state of Texas. The Speaker of the House is the 3rd most important position in the legislature only following the Governor and the Lieutenant Governor. It was great meeting with such an experienced and dedicated individual and we were grateful she carved time out of her busy day for us.

Immediately following our work day we headed to Gourdough‘s, an extreme donut restaraunt, for a sweet meeting with Representative-Elect Ernest Bailes and his future chief of staff, Nick Raymond. Representative-Elect Bailes will be representing Huntsville in the State Legislature, so it was an honor to spend some time with him.

As a student who would like to intern during the Session, I asked Mr. Bailes numerous questions about the qualities he looks for in an intern and took mental note of his wise words.

After a day of (we hope) climbing the ladder of success, we decided to also climb Mount Bonnell.

Climbing is a bit of an overstatement, because Mount Bonnell is more of a stroll, but it does offer very pretty views, to the east and the Austin Skyline…

…and to the West…

The elevation, sunset, and beautiful views prompted some fun photographs…

Mount Bonnell is part of Austin’s impressive park system, one that helps the state’s capitol rank high in the “most fit cities” lists that crop up now and then.  But although there are some trails on Mount Bonnell, it’s more of a place to enjoy the sunset… 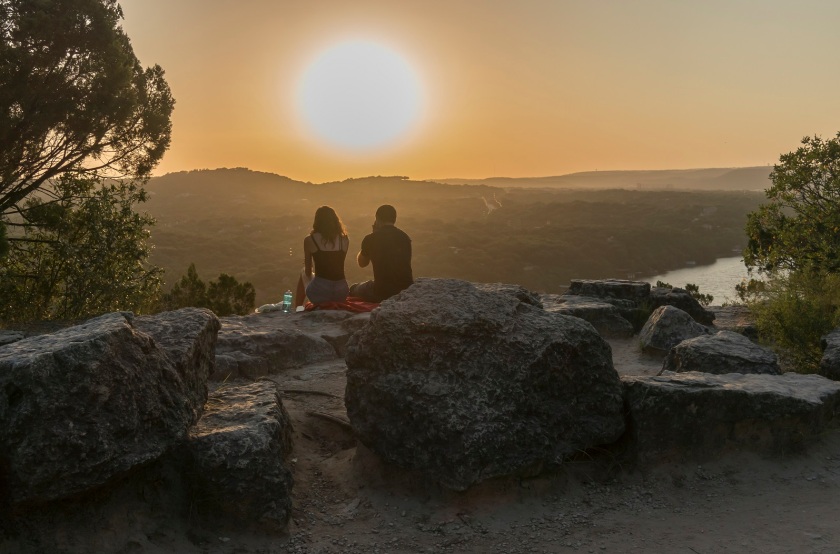 …or to enjoy a group outing…

…or simply to contemplate nature and the future… 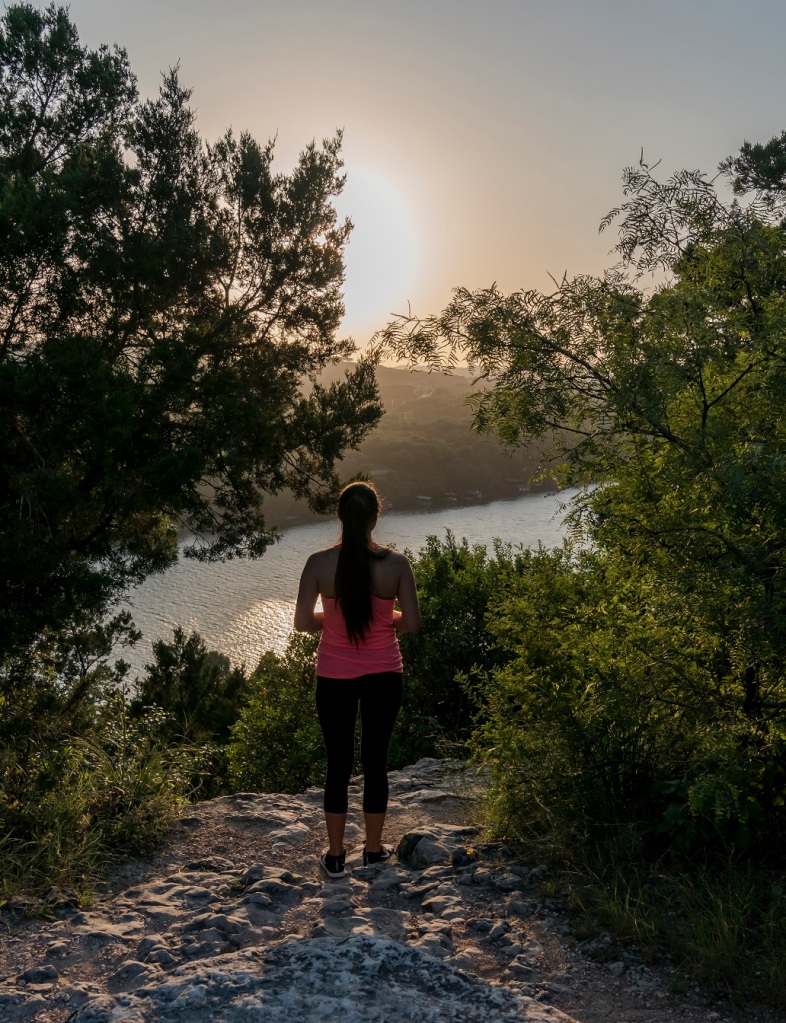 And after a day of building our skills, learning from others, and pursuing our dreams, we did indeed feel as though we had gotten a glimpse into a bright future. 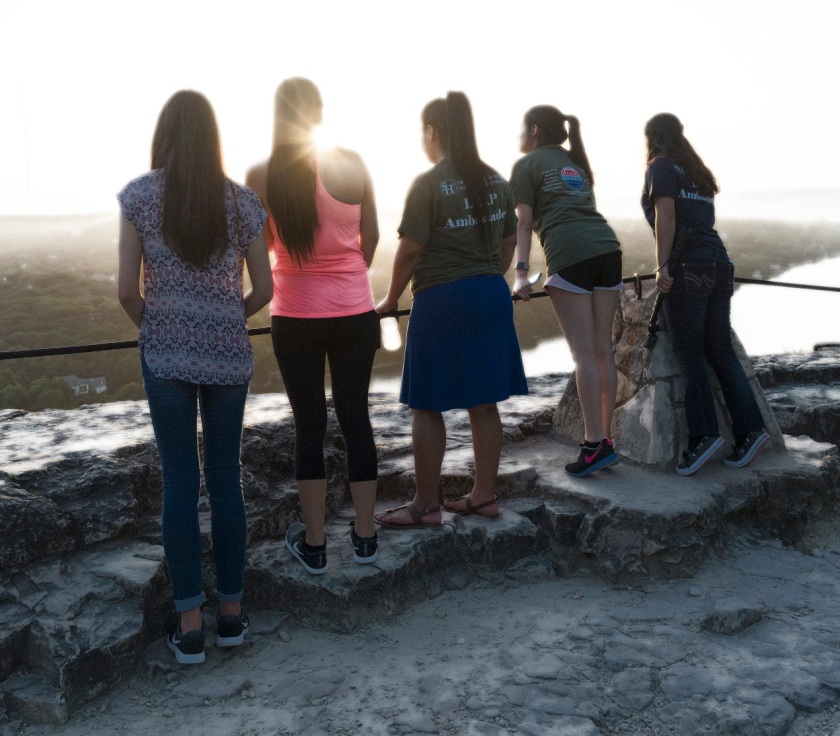