The breeze blew in the trees, and the sun shone down on the flowers that surround SHSU’s beautiful campus.  Amidst this scenery, most students made their way home from class, hearing the last chimes of the clock tower echoing around the brick buildings on campus.  But for the LEAP Ambassadors, the 5 o’clock chimes were a call to gallop to our volunteer duties at the Walker Education Center for the western-themed Republican Roundup.

We all were assigned our stations and were ready for the rowdy crowd to come. Some of us were in charge of check-in tables… 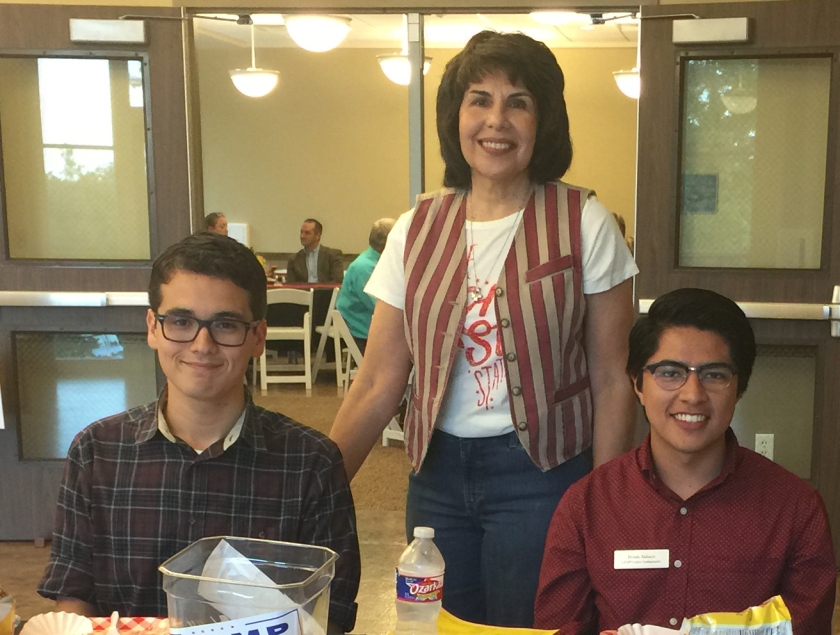 …front and back, check-in tables… 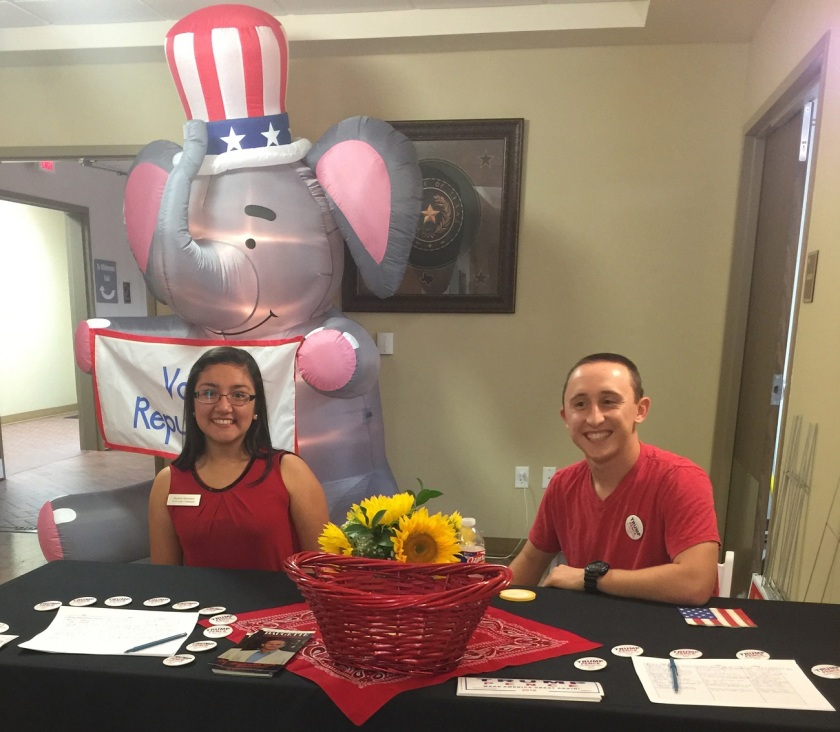 ….while other were in charge of serving an all American cuisine composed of hot dogs, potato salad, sweet tea, Blue Bell ice cream, and apple pie!

As the crowds drew into the decorated ballroom and found their seats amongst the sunflower center pieces that brightened up each table, Mrs. McKenzie, Chair of the Walker County Republican Party, welcomed people to the event. 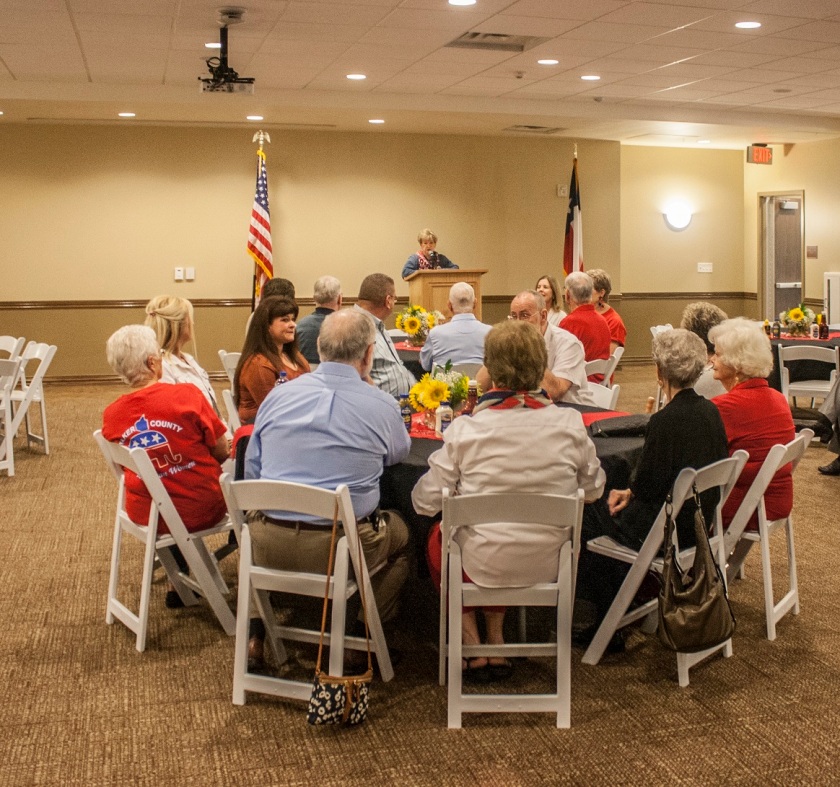 After the applause died down from the crowd, the time most of us were most looking forward to had come – time to meet November’s candidates! Each candidate whose name will be on the upcoming November-election ballot was introduced and those with contested positions made their concise speeches while asking for everyone’s support. Once each candidate finished speaking, the crowd applauded them for their courage to run for office and make a difference in their communities.

Even though the event was quickly wrapping up, many stayed to mingle (while enjoying dessert)…

….with candidates and those who already hold a position in office.

As the night ended with many shaken hands, the crowd made their way towards the doors ready to make an informed decision on the upcoming elections.