The ongoing brewing coffee pots and late nights of studying were bid farewell when the Ambassadors arrived at the elegantly decorated home of Dr. and Mrs. Deahl. For the last couple of years, the LEAP Ambassadors have enjoyed the Walker County Republican Women’s Christmas Party and this Thursday, December 8, was no different. 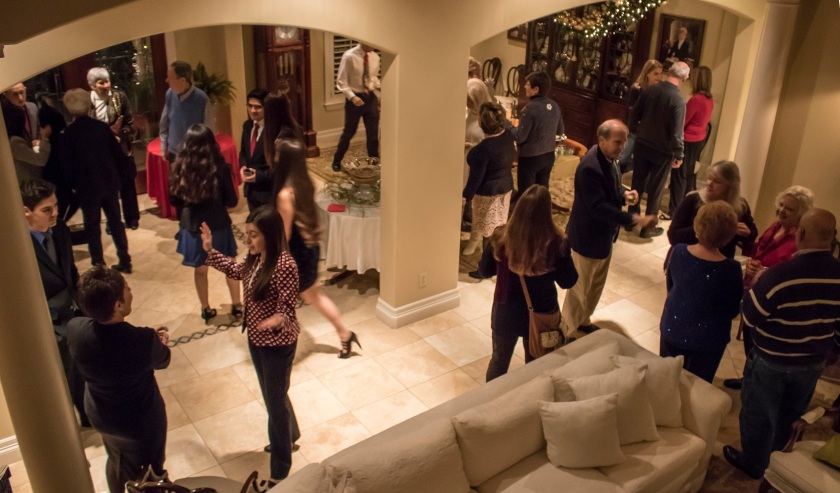 The Ambassadors drove through the cold December winds and walked up the luxuriously decorated home where the WCRW’s Christmas party was hosted. Upon arrival, the Ambassadors followed the LEAP spirit of volunteerism and got right to work. Everyone quickly and efficiently prepared bread bowls, cheese and cracker trays, cookie plates, brownie bite trays, Christmas punch, fruit bowls, and many other holiday hors d’oeuvres. 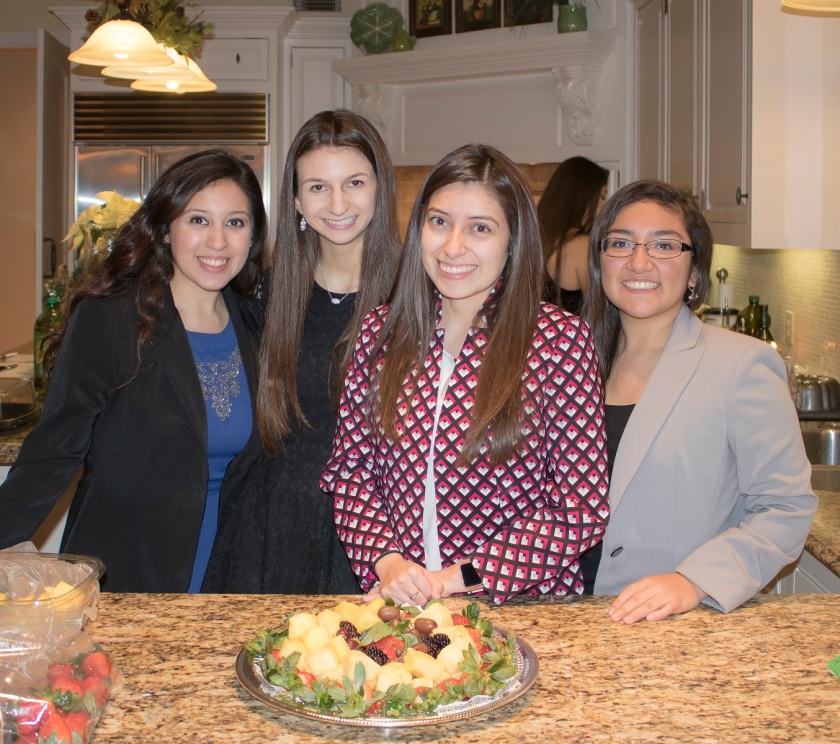 Coincidently, after the food was set, the guests began to arrive. Observing the happy arrival of guests, we politely and happily greeted everyone that crossed the holiday-themed threshold. 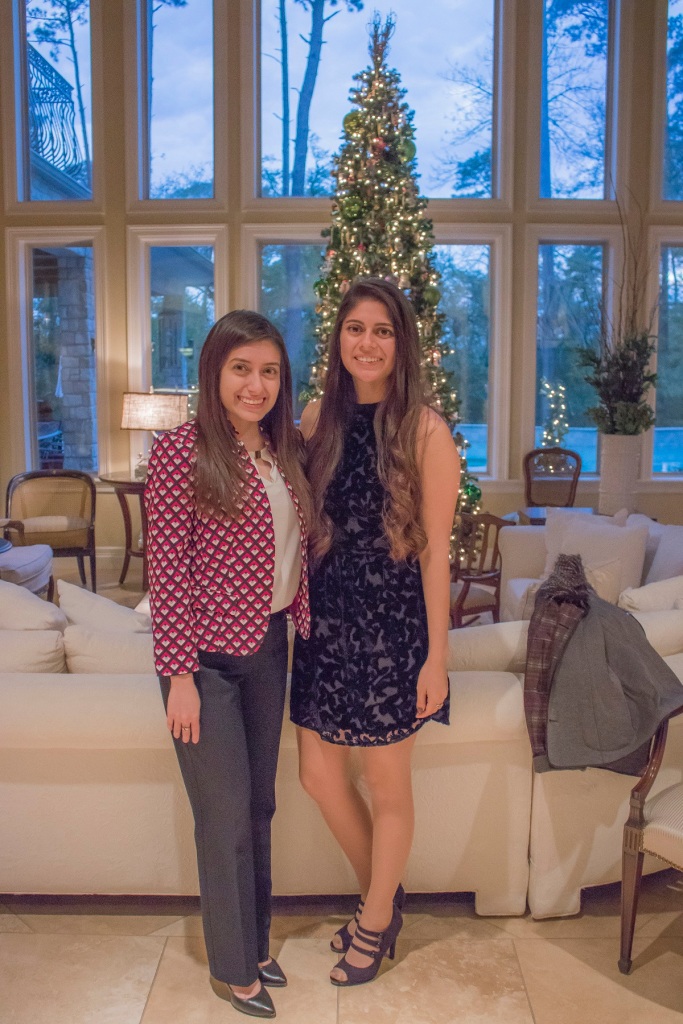 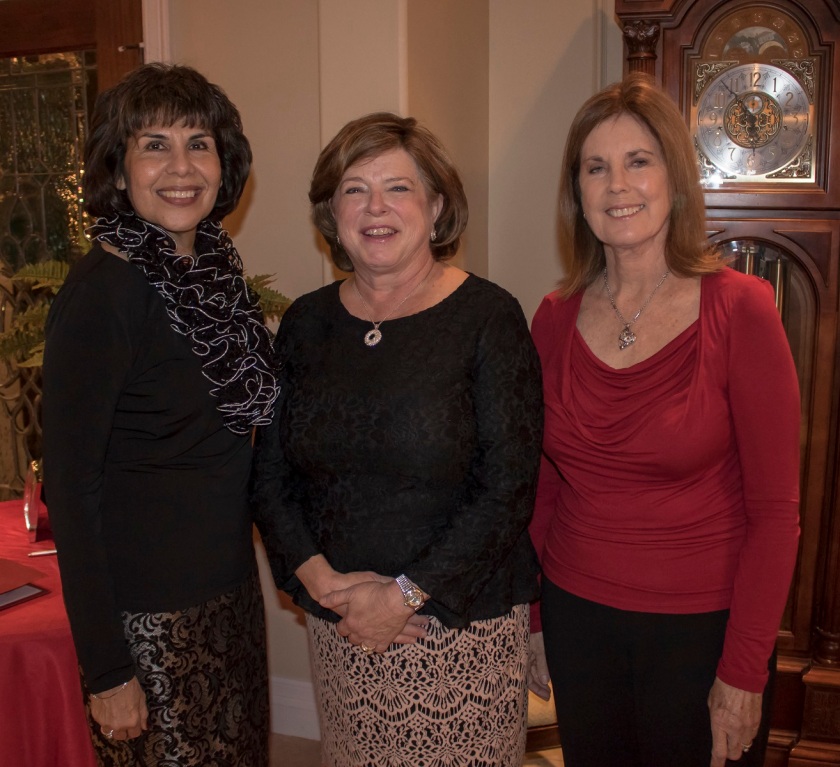 Many of the Ambassadors took this time to catch up with community members that they had not seen in a while. Additionally, the Ambassadors also took this time to talk to new acquaintances met this year. (Two curious Ambassadors were even able to talk to Judge Ridley about an ongoing murder trial!) The night progressed in a blur of conversation, music, and laughter as everyone rejoiced in the accomplishments and friendships fostered thought-out the year.

There was a pause amongst the chatter when everyone congregated around the chimes of a silver spoon clanking against a fragile crystal glass. 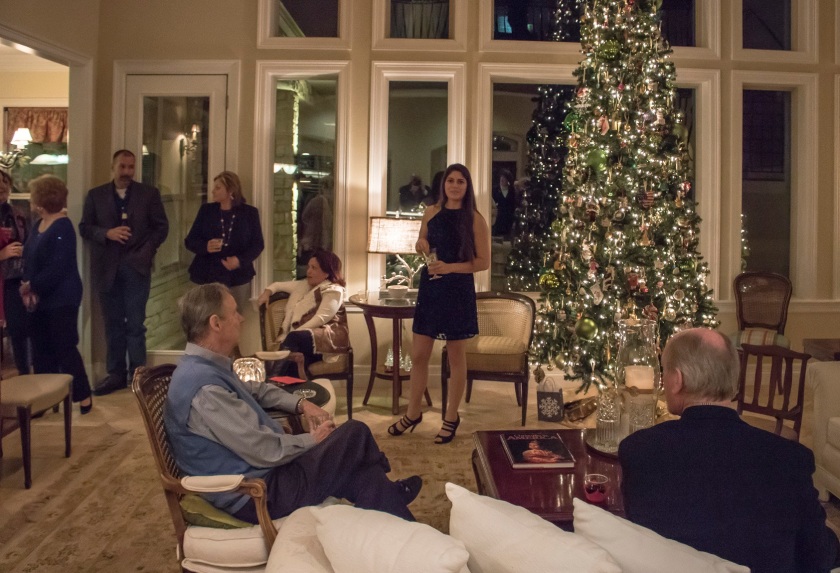 After the crystalline dings signaled the beginning of a cheerful discourse, Kay Deahl and Terry Stivers thanked everyone for attending and for their generous support through the year. 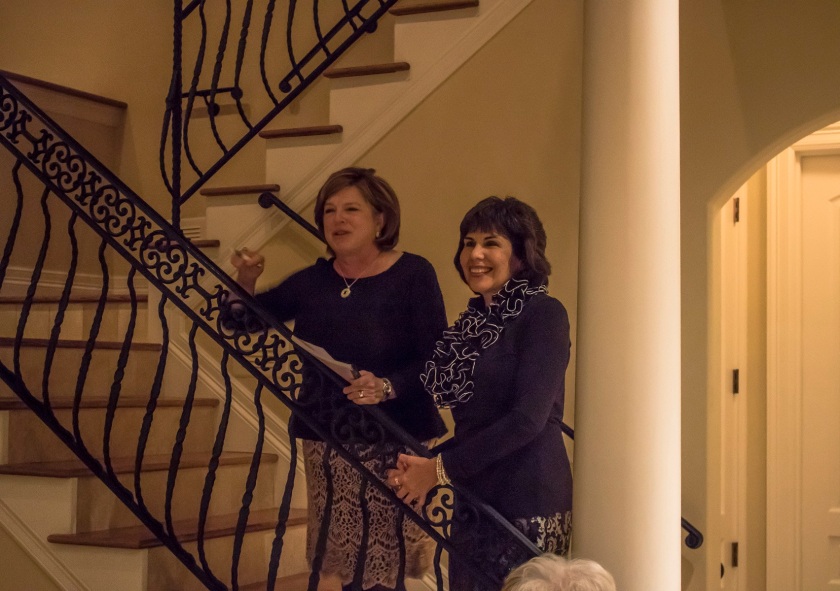 They also announced exciting plans to travel to Washington D.C. for the inauguration and reminded members to renew their membership. Once the speech was over, the crowd dispersed and the sound of conversation continued with piano riffs in the background. With the celebration at its near zenith the Ambassadors were rounded up for pictures in front of the Christmas tree. 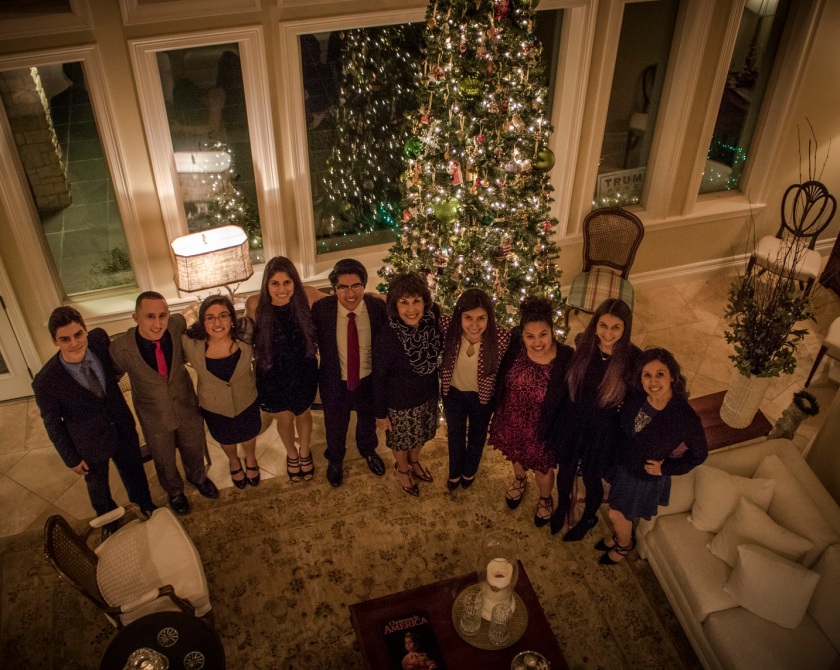 After many pictures, conversations, and brownie bites, the crowd began to subtly depart as the clock drew closer to 9:00. Despite attending this event annually, this night was cherished dearly by the Ambassadors. As much as the LEAPsters love their wonderful community, a Christmas break, a semester of out-of-town internships, and graduations will have the LEAP Ambassadors away from their beloved Huntsville. The night roused feelings of cheer and nostalgia as the Ambassadors realized that this would be their last event together in a long while. Following long goodbyes, the Ambassadors set out into the brisk winter winds and made their way to their cars, leaving reminiscent chatter behind the doors of 2016’s Walker County Republican Women’s Christmas (LEAP farewell) Party. 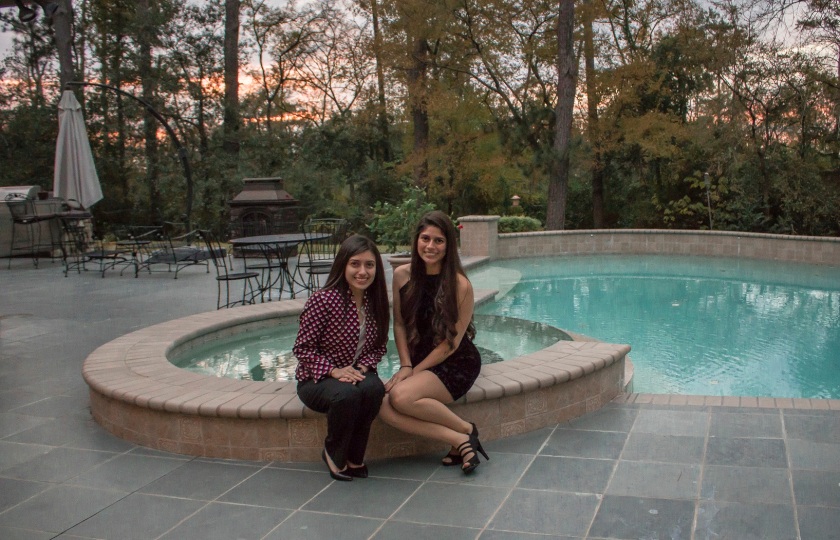