After attending the inauguration of our new President, we awoke with anticipation to learn more about a few of our past presidents on this last leg of our Inaugural Trip. We departed toward visit Mount Vernon, George Washington’s estate. Upon arrival, we were surprised by the intensity of Washington’s plantation at a massive 500 acres. Not only was the property large but also beautiful as it overlooked the Potomac River.

Included in this grand estate is Washington’s mansion, Colonial-era slave quarters, gardens that are still worked by the museum’s staff, the gravesite of George and Martha Washington and extended family, a slave memorial, nature trails, a pioneer farm, multiple gift shops, a museum, and more. Visitors could easily spend a whole day or more exploring the property, and as a popular tourist destination, more than 80 million people have visited Mount Vernon to learn about one of our nation’s Founding Fathers.

Our tour started with a short movie introduction of the grounds and spaces available to explore.  The staff are sticklers for tour times, in a sense, so we explored the Upper Garden, the slave quarters, a variety of workshops occupied by Washington’s slaves, and his grave…

…before entering the line for the tour of the mansion. The docent pointed out how Washington completed multiple revisions and expansions to his home throughout his life. Unfortunately, we were not allowed to take pictures inside the home as photography may interfere with the home’s preservation.

Excited either way about visiting Washington’s beloved home, we entered into the “newest” addition of the mansion. This was a large room that would have been used for dancing, hosting dinners, and impressing guests. An extraordinary detail of the room was its uniquely green color. At the time, green paint was a sign of wealth because it required the crushing of precious gems to obtain that deep of a color. We moved into the oldest part of the home next where we saw four rooms including a more informal dining room, a study, and two guest rooms. We also learned about Washington’s parties and saw several of the nine guest rooms available for visitors.

Our favorite part of Washington’s home was the private wing, including George and Martha’s bedroom, where George Washington passed away from a throat infection. Their room was less extravagant than expected—no lavish furniture was present—but it helped to illustrate Washington’s personal taste. The room was large enough for a sitting area along with the bed.

After touring the mansion, we walked down to pay reverence to our nation’s first president by visiting the Washington’s gravesite. Enclosed in a concrete monument, George and Martha Washington are buried only a short walk from where they lived for many years. Close by is also a slave memorial in honor of Washington’s slaves. Although Washington owned slaves, he included his slaves in his will and left them the majority of his fortune. This was an unusual practice for slave owners in Washington’s time.

Finishing up our tour at Mount Vernon, we stopped for a quick picture before departing to our last stop of the Inaugural Trip.

The end of the trip was near, but we decided to add in one last stop on our presidential tour by visiting the home of our fifth president. James Monroe’s Highland—also formerly known as Ashlawn-Highland—is located outside of Charlottesville, Virginia. James Monroe was a Revolutionary soldier who eventually became president in 1816 after negotiating the deal that provided for the Louisiana Purchase in 1803. Interestingly enough, some recent archeological research including ring-dating several interior parts of the home, archeologists have found pieces of chimney, stone wall foundation, and much more, that proved that the house where President Monroe had once lived burned down in the 1800s.  They have outlined the location of the original home in rock on the grounds, just in front of the current Ashlawn building.

So, our tour began at the door of a small white house.

The ceiling was extremely low and required the taller LEAP Ambassadors to duck. Although it would have been a guest house at the time, it is now set up with various pieces of Monroe family furniture.  We entered a room set up as a study, filled with Monroe’s original furniture, including an impressive desk. Another interesting piece in the study was a French clock that was over two hundred years old, but still ticking away the correct time. The study was green, a seemingly common color among those with the means to afford it, much as we had seen at our last stop, Mount Vernon.

As we made our way through the home we could see many original family pieces such as the dining room table, a crib, and several beds. In one room, there was a small mannequin sporting a simple but elegant pink dress. Our tour guide explained to us that Elizabeth Monroe was a small woman, only measuring about 4’11’’.

We exited through the family museum, displaying original china, jewelry, and photographs that belong to the Monroe family. Perhaps the greatest highlight in this room was a very humble bust of Napoleon Bonaparte. Apparently, Monroe had attended a party in honor of the Emperor where upon busts of Napoleon were given as party favors, to all guests. 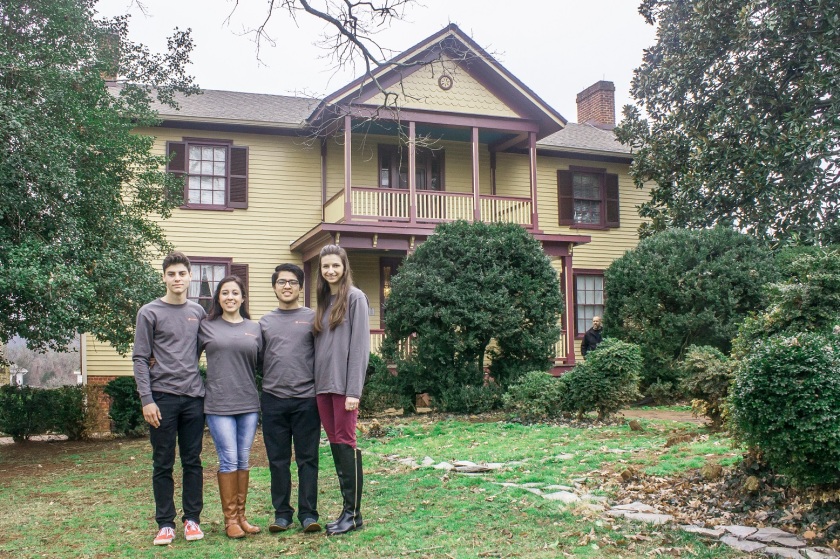 Visiting the home of the last Revolutionary-era president made for an appropriate conclusion to our Inaugural Trip. After visiting the site where our Declaration of Independence was drafted, our first government was debated over, and our nation’s constitution was signed; after visiting the home of our nation’s first president; and after attending the inauguration of our newest president, we felt a sense of civic pride. With this accomplishment forever in our memories, we boarded our airplane en route to Houston, reminiscing of our week’s adventure all the way. 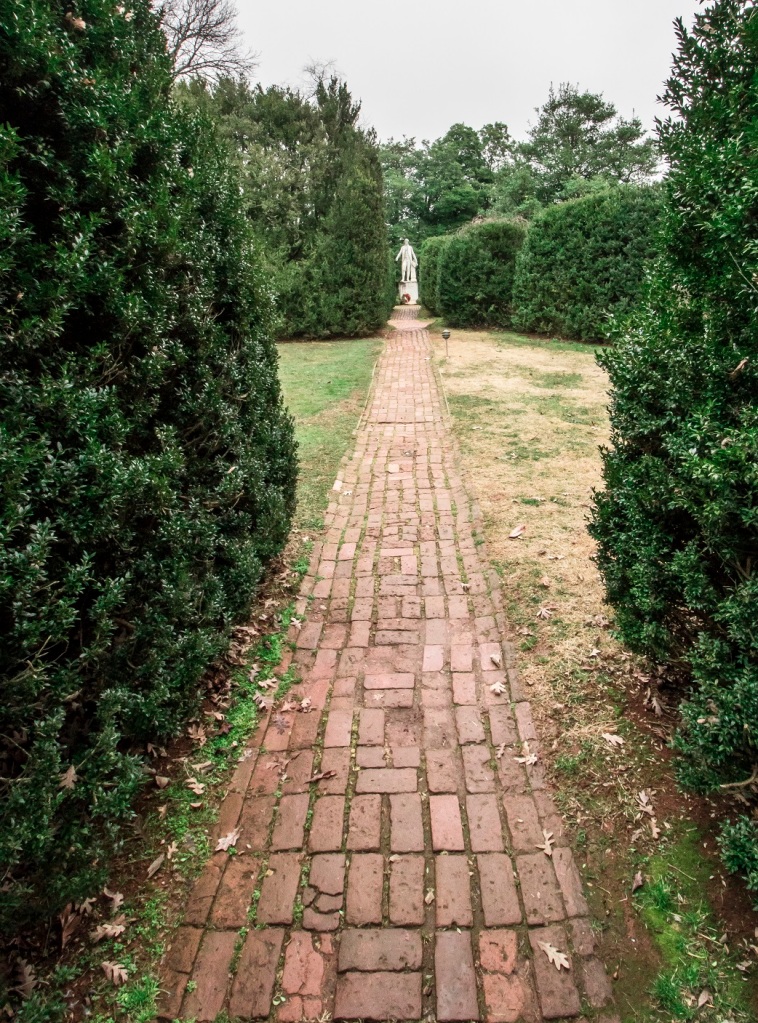