Once the hearings finished, the LEAP Ambassadors and SHSU staff accompanied the Justices for lunch in the President’s Dining Room. 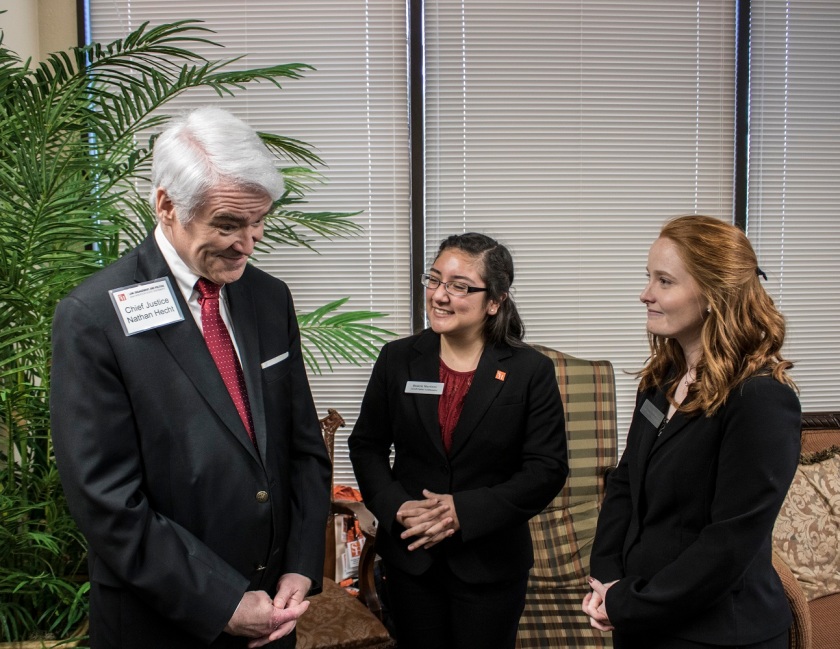 Over lunch, the Justices discussed the career paths that led them to the Supreme Court of Texas.

It was interesting to learn that some of the Justices never even thought about being on Texas’s highest bench. But through hard work, being in the right place, and being proactive, all reached success.  One of the things we most appreciated during the lunch was that the Justices seemed genuinely interested in us and our backgrounds, with one justice even volunteering to write a letter of recommendation for one of the LEAP Ambassadors.

When lunch wrapped up, a select number of students attended a discussion panel that featured the Justices. 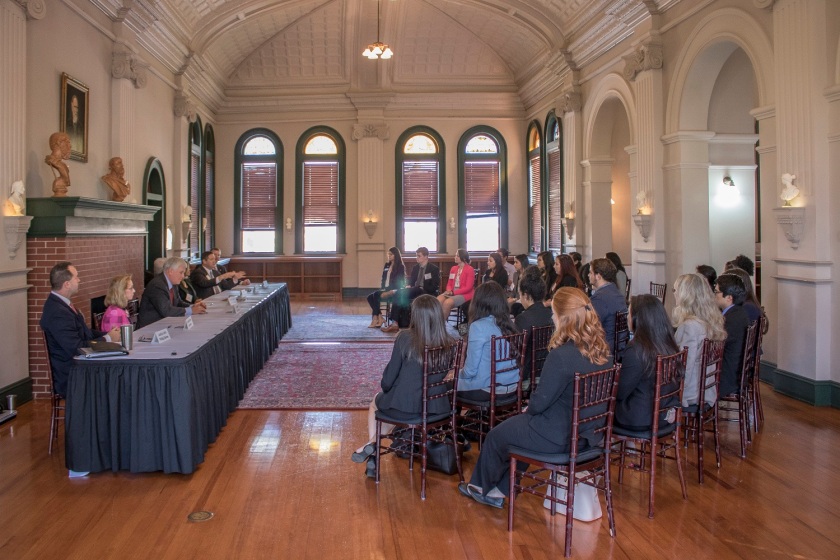 During the panel, students’ questions focused on the duties of the Justices and the paths that led them to their seat on the bench. While answering these insightful questions, the Justices provided profound career advice.

“I think The panel was an unforgettable experience for the students,” said Karla Rosales.

It provided the opportunity to talk with some of Texas’s most respected elected officials and the panel was conducted in a very inviting tone. Before the end of the discussion, each Justice gave a piece of advice to the students. Bellow are each Justice’s piece of advise:

“Read One L by Scott Turow” by Justice Jeff Brown

“Love others as you love yourself, but to do this you must not forget to love yourself first” by Justice Jeffrey Boyd.

“Have Balance in your life” by Justice Debra Lehrmann.

“Be honest to your self, ask for help when needed” by Justice Eva Guzman

“Don’t do it alone” by Justice Paul Green

As a student who is currently applying to law schools, the advice was impactful and appreciated.

Many students lingered in the Peabody Library as the thrill of meeting the Supreme Court Justices lingered in the room. Students commented about how personable the Justices were, what they learned, the piece of advice that stood out the most to each, and how thankful they were that the Justices were so willing to speak to them. After a while, it was time to exit the Peabody. As this historic day ended some parted to Austin, others throughout Huntsville, but all inspired by the Justices to strive for success on our ambitious goals.