The Ambassadors are back together again! On April 22, 2017, the Ambassadors met atSHSU for a day full of presentations to learn more about the University on Founder’s Day. 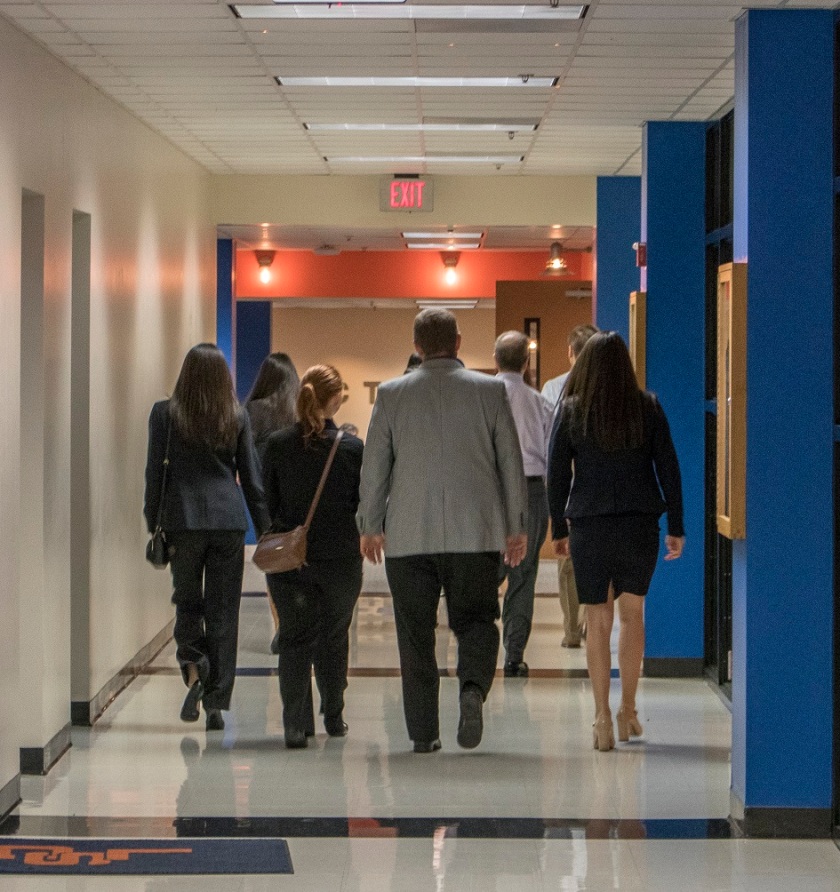 The day began with a presentation about the new Osteopathic Medicine Program at SHSU. University officials plan to build the medical center in Montgomery County. President Hoyt began her discussion, however, by introducing the Austin Interns…. 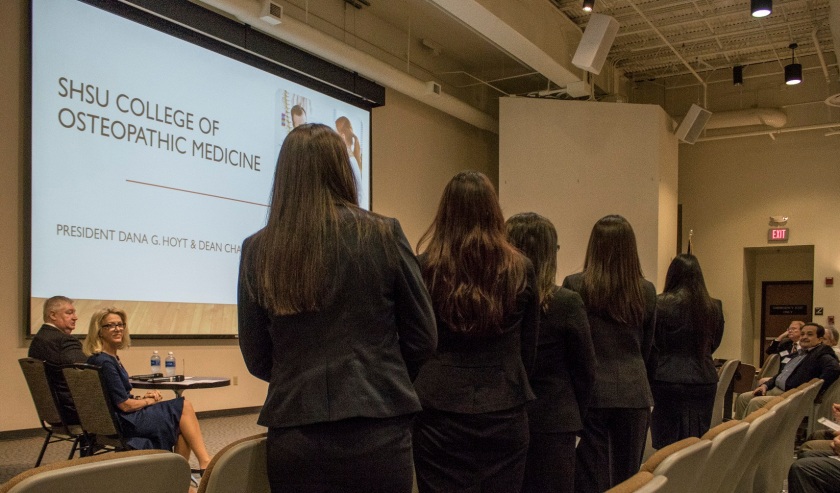 …before discussing her belief in this new Osteopathic program its capacity for stimulating growth at SHSU and meeting crucial medical needs in our region. 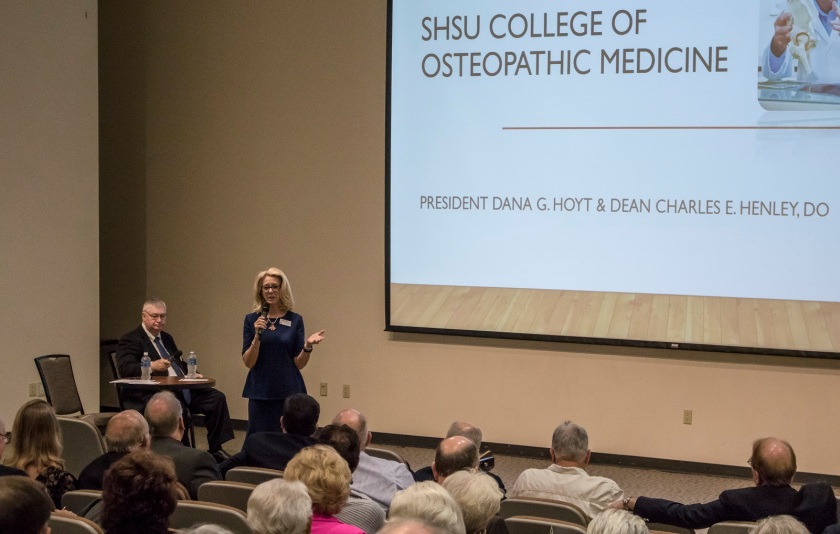 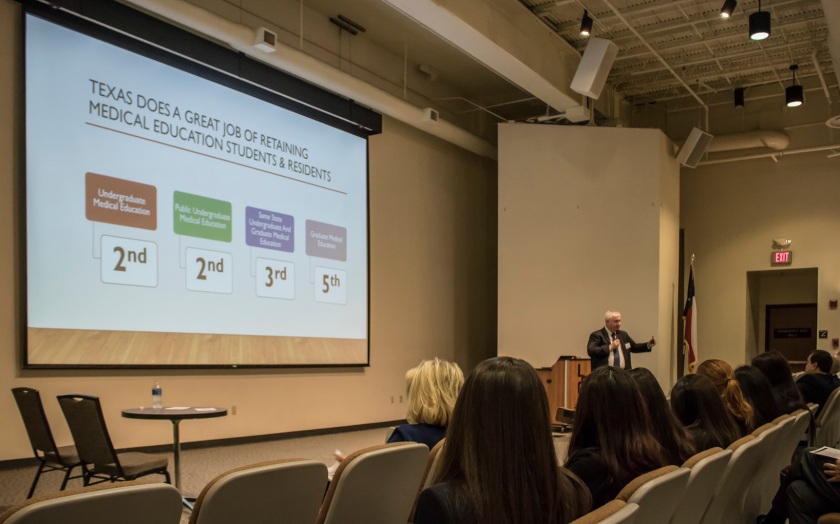 He spoke about how Texas is in need of more medical students, and why SHSU can efficiently train such students, meeting the needs of the state. Noting that the program would be 100 percent self-funded, Dr. Charles did a great job at explaining the academic side of the college and how the program would work for future students.

After the program, Dr. Hoyt spent time with the LEAP Ambassadors… 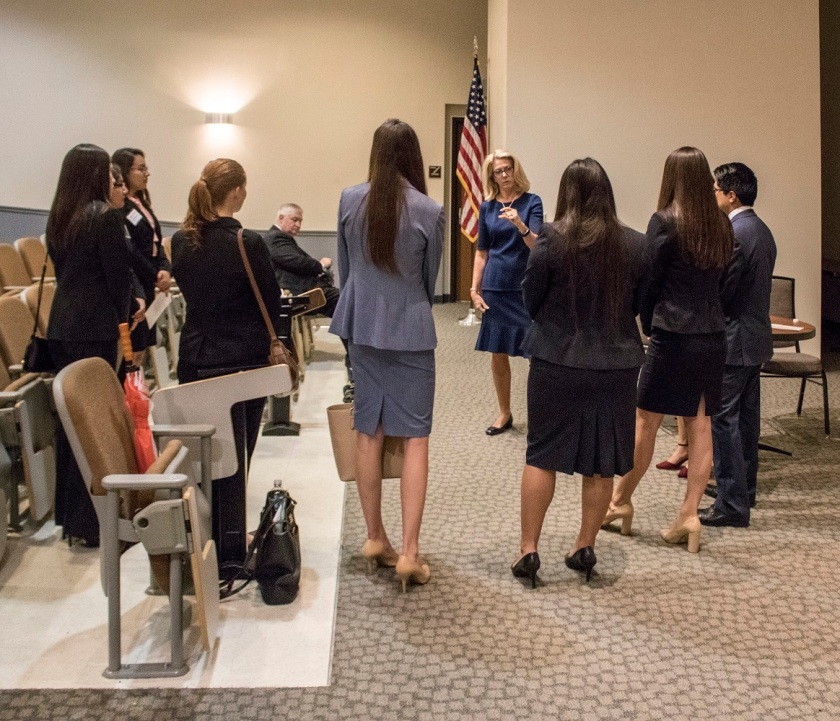 …discussing the Osteopathic program more, and also the goings-on in Austin. 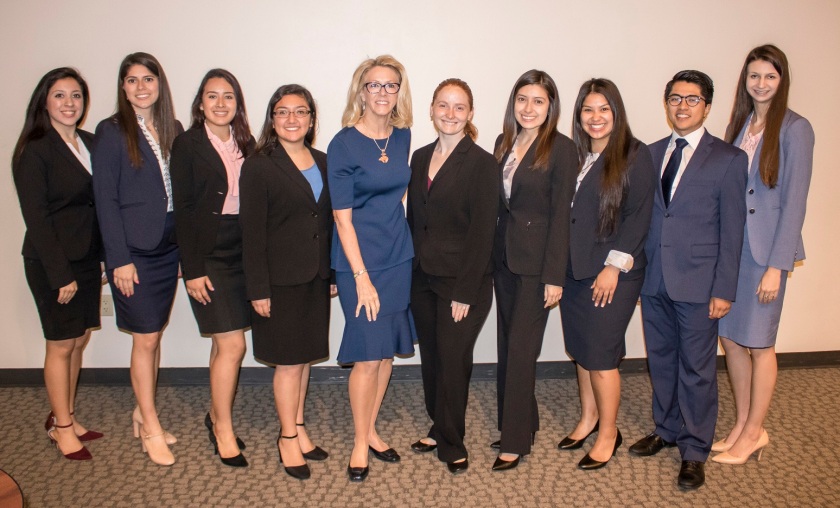 Next, we attended the Golden Circle Luncheon, where SHSU Alumni who graduated in 1967 or earlier gathered for lunch–alongside other alumni who were attending Founders Day. 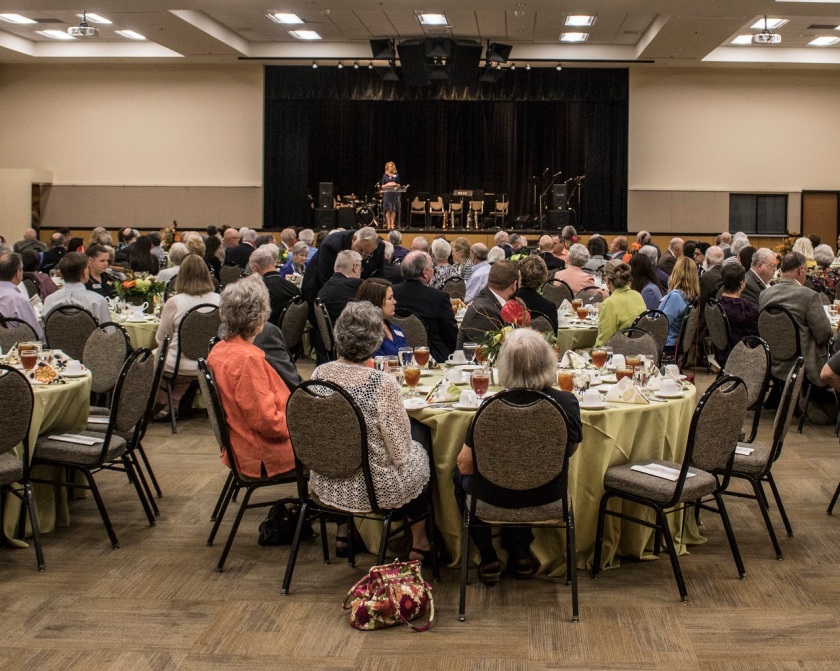 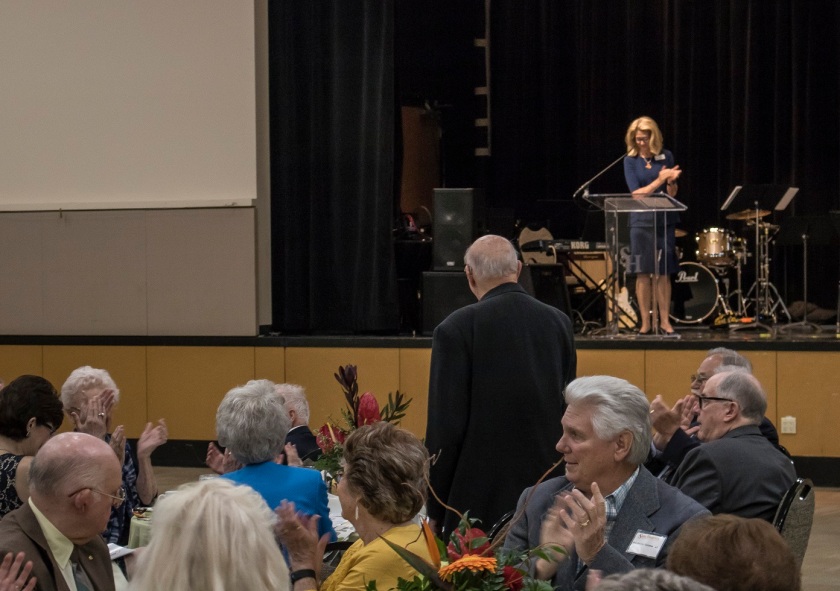 As we enjoyed our conversations, the musical department provided some entertainment. The department offered a vivacious performance taken from their version of Hairspray. Viewing the comic choreography, where at one point the dancers invited guests to join them–including Mac Woodward. 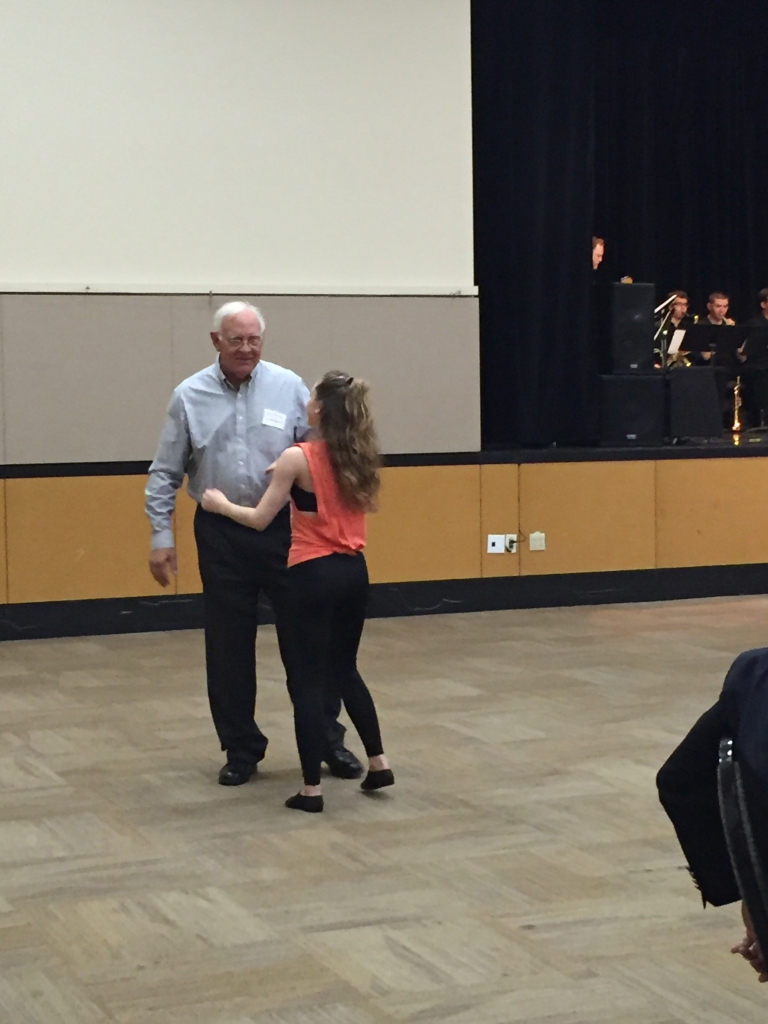 Following the Lunch, we headed to the Gaertner Performance Arts Center. There, we joined members of our community and presented the wonderful opportunities the Center for Law, Engagement, and Politics has to offer. 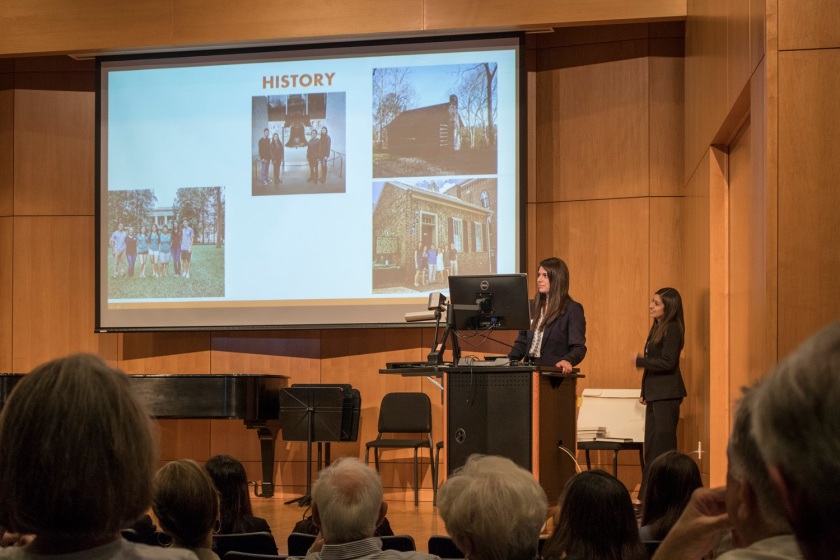 The goal of our presentation was to inform community members of all the activities and subjects in which LEAP is involved. 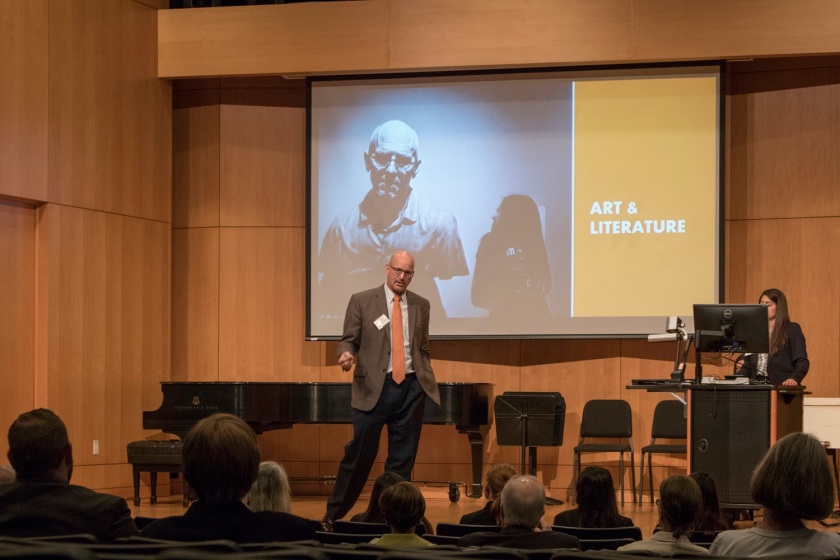 From visiting art museums around the country, to assisting local elected officials, to meeting intriguing authors, there is almost nothing a LEAP Ambassador would not participate in. As long as it promotes growth, education, and civic engagement, we will pursue any new experience. 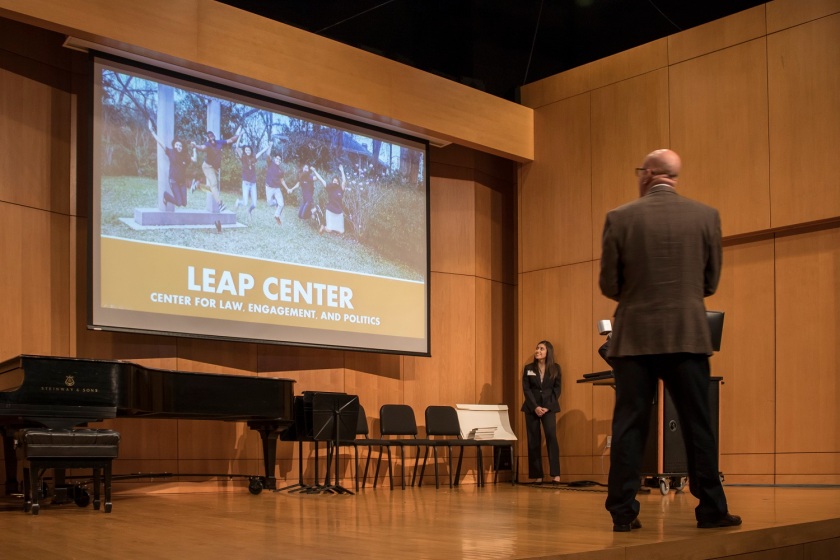