With only one more month to go in the legislative session is flying by, with the month of April flying by faster than Representative Stickland can call a parliamentary inquiry. Nonetheless, I have been able to explore and venture out into a city as diverse as it is weird. The best part of all is that I can work in one of the  most historic sites in Texas, the Austin State Capitol.

I have the honor of working for Representative Armando “Mando” Martinez (we are both named Martinez, but we are not related!). An outstanding public servant, he happens to live and represent the city near my hometown. 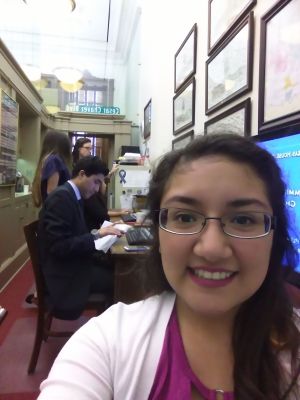 He is a veteran at the capitol with more than 7 sessions under his belt and holds the position of Deputy Whip and Vice Chair of Transportation. It’s been a pleasure working for him this session, and I have had the chance to learn a lot while also being inspired by his hard-work and perseverance. 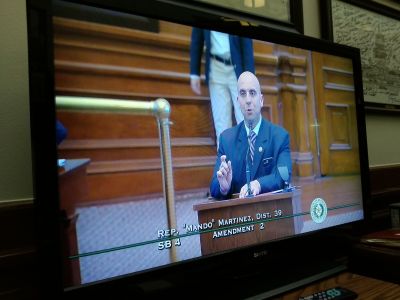 Because  most of the staff come from the Rio Grande Valley, the area our office represents, we are all at home in the office. It is a good thing too because I can spend up to 18 hours in the Capitol office in a given day. My office hours start in the morning before the sun is up and end until the moon is high in the starry sky. Even though work days are long, I enjoy the hours since that is the time when there is a lot of peace and quiet.

As part of Representative Martinez’s team, my duties entail various responsibilities. My primary function is to manage Representative Martinez’s schedule and act as the office steward. To briefly explain this last duty, my desk is the first one that everyone sees. This position makes me in charge of greeting and helping people get to where they need to go. Apart from these responsibilities, I prepare bill booklets, analyze bills that go on the floor, and conduct research on Representative Martinez’s committees. Through these duties, I have witnessed the process by which a bill becomes a law, beginning in its infantile stage as a booklet, to being presented on the floor, and hopefully evolving into a law.

It has been a great experience to work at the Capitol because I have been on the front row seat while legislation is in the making. Not only did I see how the budget was passed last month in March, but in April I got to see the passage of SB4. On that April evening, the House Floor did not adjourn until 3:30am, which was unprecedented this session, unless you count budget night. It was a truly informational  experience where we got to see more on how a bill can become a law.

However, my duties do not end at the Capitol. As a LEAP Ambassador, I still participate in many events. For three of the weekends, I traveled to Huntsville in order to participate in the Democrat vs Republican Charity Football Game… 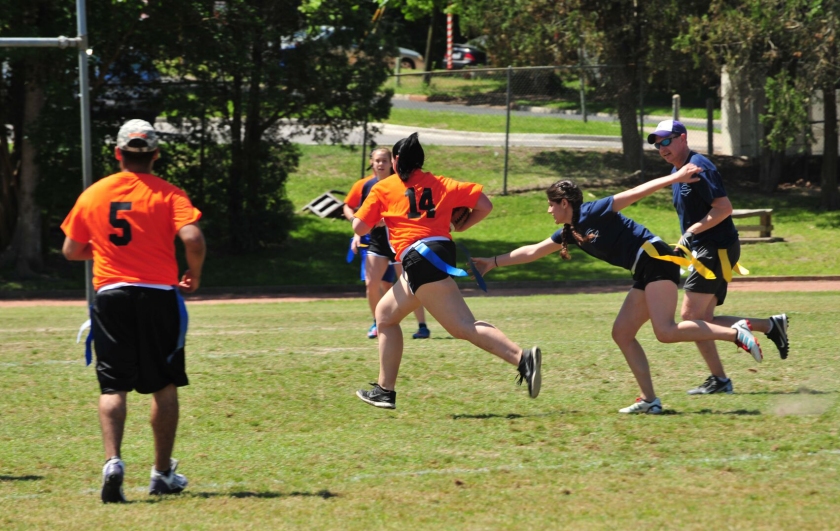 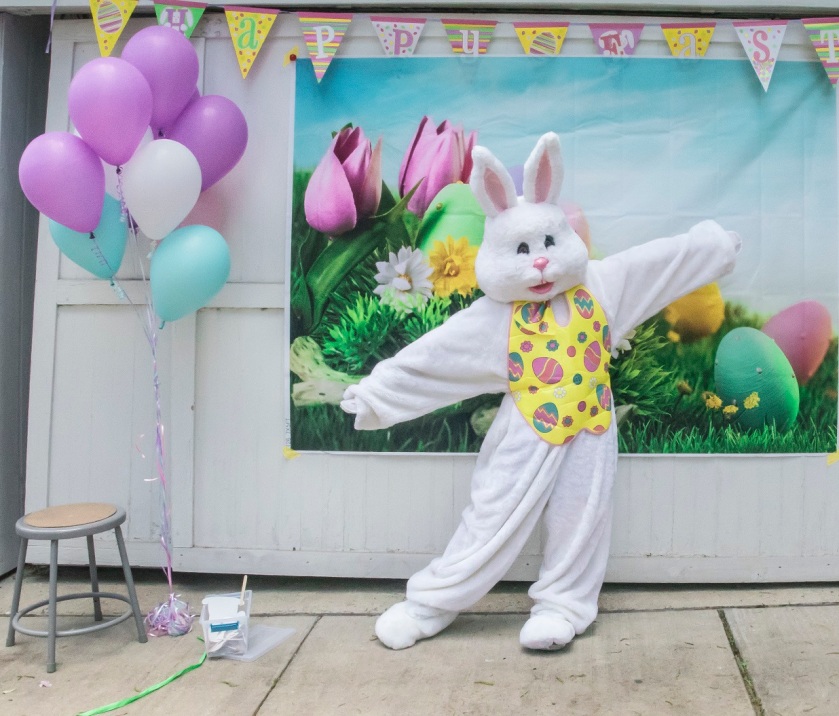 And last weekend, I was participated in a particularly interesting event here in Austin.

In the city there’s the Austin Bookstore Crawl, which is essentially a scavenger hunt across 13 predetermined bookstores across Austin. To celebrate Independent Bookstore Day in April 29, participants of the event must visit various bookstores and take a selfie with a list of books provided in the event. These pictures are posted on social media in order to enter a raffle with a grand price of $500 worth of book items. All in all, it was a great experience. It challenged me in more ways than one. And even though I do not have a car, I took 7 different buses and walked 3-4 miles to 9 different bookstores. Unfortunately, I did not win, but I did receive a great deal of knowledge and awareness of the bookstores surrounding the area. I even saw a George Rodrigue “Blue Dog” painting in Book People.

Because part of being a LEAP Ambassador is to delve into different cultures, it was rewarding to participate in this community event.

This past month of April has been one of the best experiences I have had in the 2 years of education in Sam Houston State University. I now understand the impact and change caused within myself due to the training I have received as a LEAP ambassador. Not only that, but I have also sought my own exposure to multiple experiences. Even better is that I have been able to expand my family at the Austin Capitol.