The LEAPsters are continuing their West Texas Tour. On their second day, they had a taste from the old east, from the forgotten south, and the life-flourishing natural paradise of one of Texas’ greatest state parks.

The light peaked in the horizon as we walked up to the beautiful Japanese Tea Garden in San Antonio. Mark Burns had a few ideas on shots he wanted to take. He began by doing what any professional photographer does; he scouted out the most photogenic part of the garden. As we scouted the perimeter of the park, with Brian trying to use a new DSLR stabilizer… 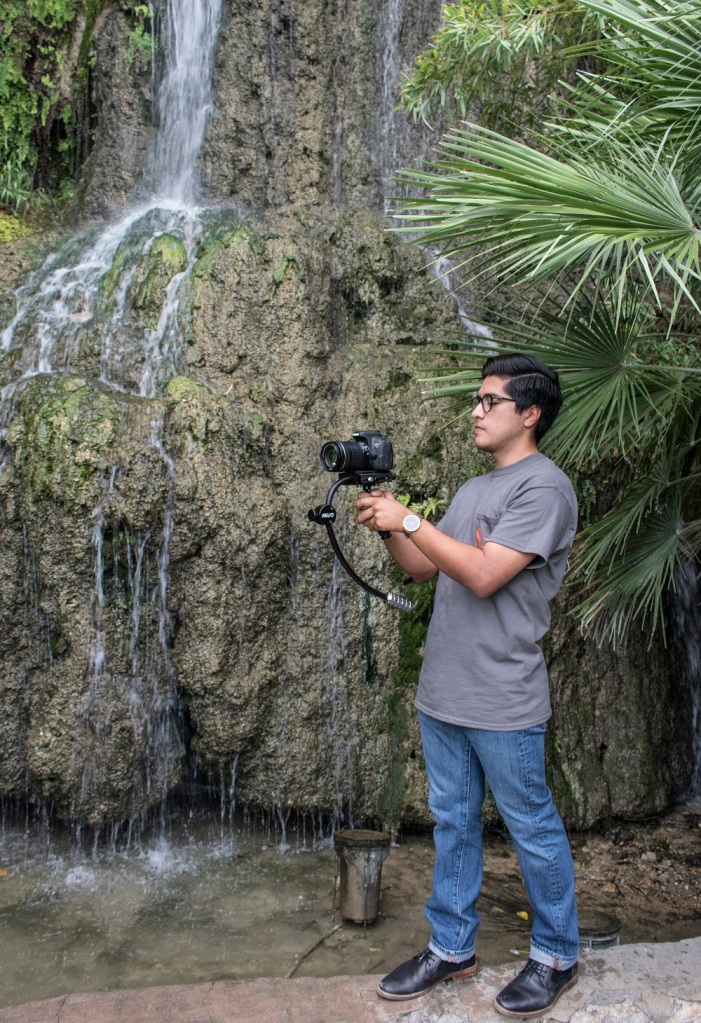 …Burns’ eyes caught a glimpse of a breathtaking waterfall that sits in the back of the gardens. 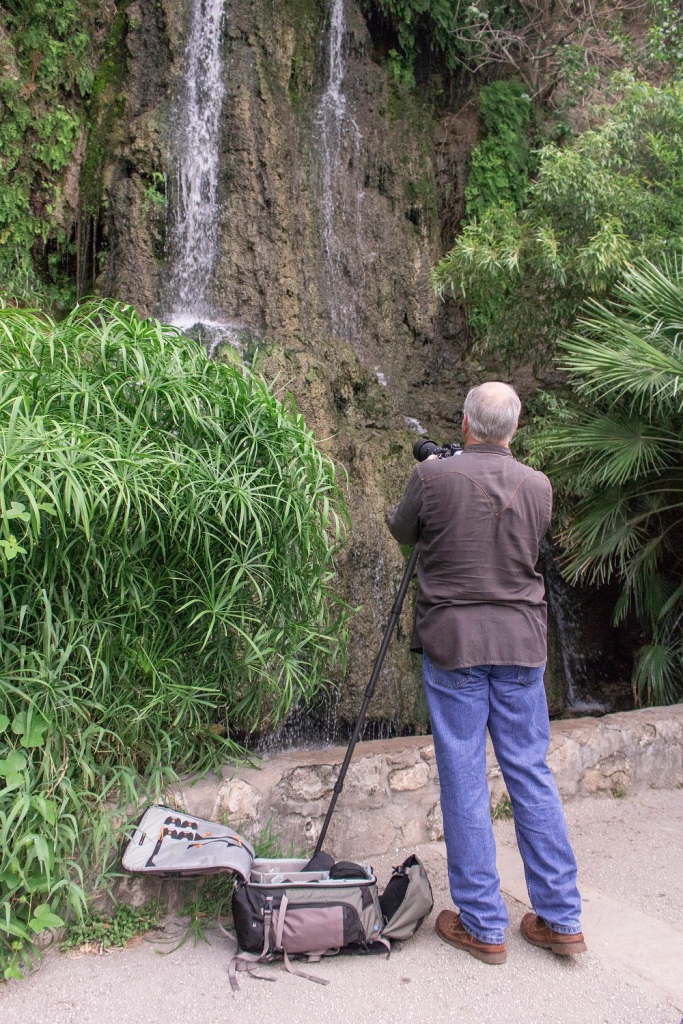 He explained that he would have to set the camera to have a 30 second exposure in order to take a good photo. This would allow him to capture a ghostly waterfall and a glistening rock in the picture. After that, he decided to take some portraits of us. 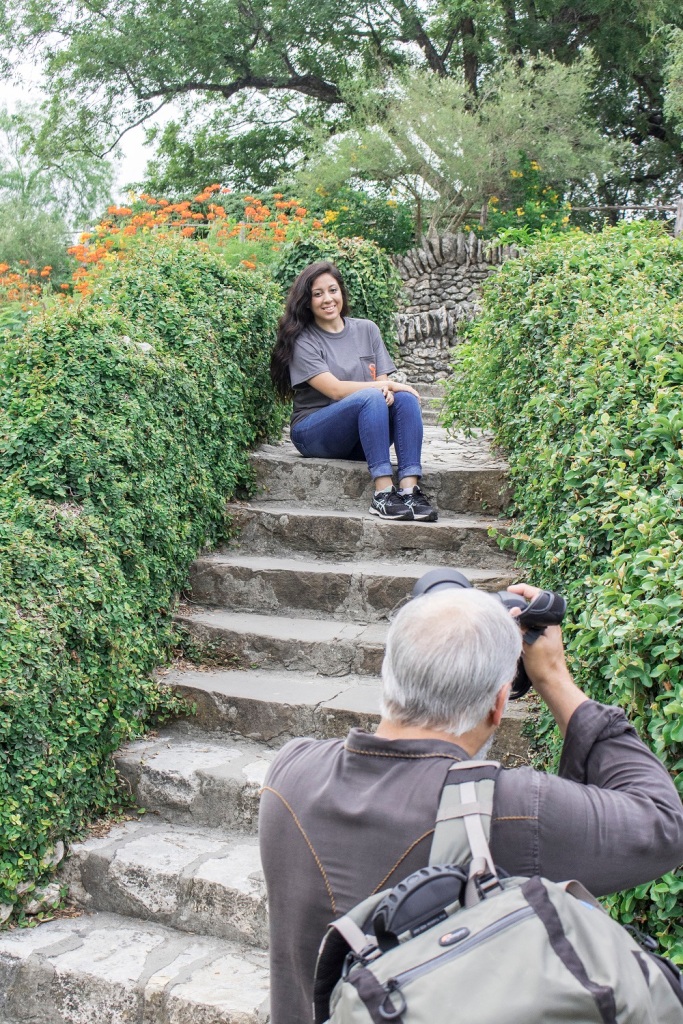 The Japanese Tea Garden was a great addition to the documentary.

We said goodbye to Mark with a hint of melancholy. And as we said our farewells, we wished him luck on his next adventure: the solar eclipse which he will be photographing. With the early morning start, we decided to take a coffee break at one of San Antonio’s Local Coffee coffee shops. With a relaxing black tea for some and tasty macrons for others, we chowed down on our breakfast and headed back to our hotel with a satisfied belly.

After a little down time in our rooms, we climbed back to our van and turned our compass towards Aldaco’s Mexican Cuisine. In reality, our decision to lunch at this location was not based on any recommendation. We had no idea of the restaurant’s reputation or whether it was home to authentic Mexican cuisine. In short, we had no idea if the food was any good. You may wonder why then we chose this restaurant. The answer is simple. Brian Aldaco, feeling drawn to the restaurant’s peculiar name, wanted to see if Aldaco’s Mexican Cuisine had any resemblance to his family’s Mexican cuisine.

With latin music in the background, we all shared a pleasant conversation on how much we were enjoying the trip. Looking through the menu we noticed that there were plenty of tasty plates to choose from. Christina and Brian chose the Tacos de la Calle plate, while Beatriz decided on the Chile Relleno. Professor Yawn, whether this would have been his preference or not, grubbed on some Tacos Gringos after Christina chose his platter for him. After finishing our meals, we decided that Aldaco’s Mexican Cuisine was worth trying. And even though Brian remarked that it was not like mother’s cooking, his tacos were still tasty and a good excuse to come back to Aldaco’s.

The Road to Seminole

Our next destination after San Antonio was Seminole Canyon. With a 200 mile trip ahead, we planned some stops along the road to take a few breaths of South Texas fresh air. Our first stop was at Uvalde, TX, about 85 miles west of San Antonio. There, we found the home of John Nance Garner, Vice President to FDR. 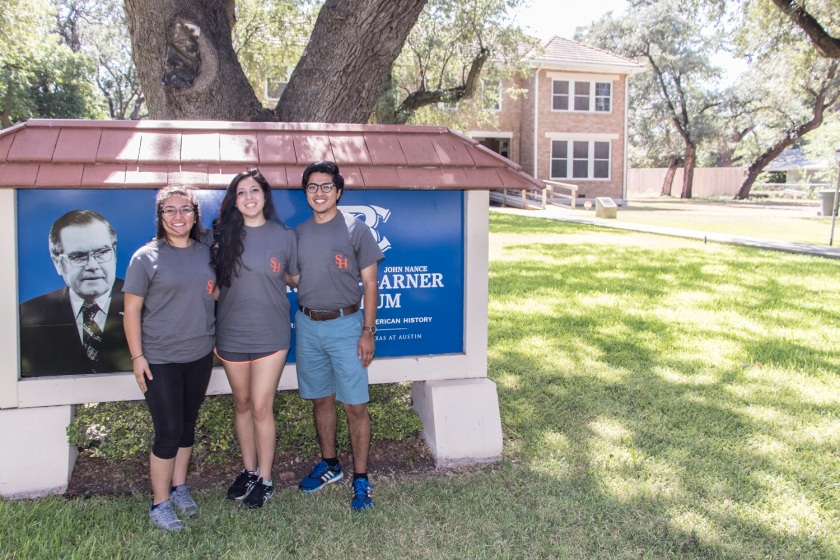 Vice President Garner was the first Texan to serve as VP, but “Cactus Jack” started his political career in Uvalde County as county judge. After taking our photo in front of his home, we continued on the road. However, as we exited the town, we found the cemetery where Vice President Garner is buried. 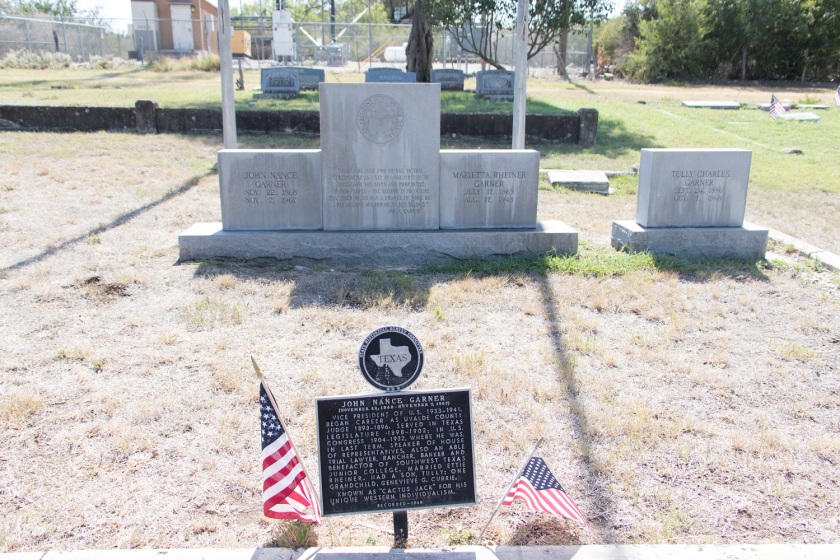 Our second stop was in Brackettville, about 50 miles down the road from Uvalde. In this small community of 1,674 residents lies Alamo Village, where John Wayne filmed The Alamo in 1960.  The set he built was apparently the largest movie-set in the world at its time. But as we neared the gates of this once flourishing attraction, what we found were locked gates and a solitary, dusty road. 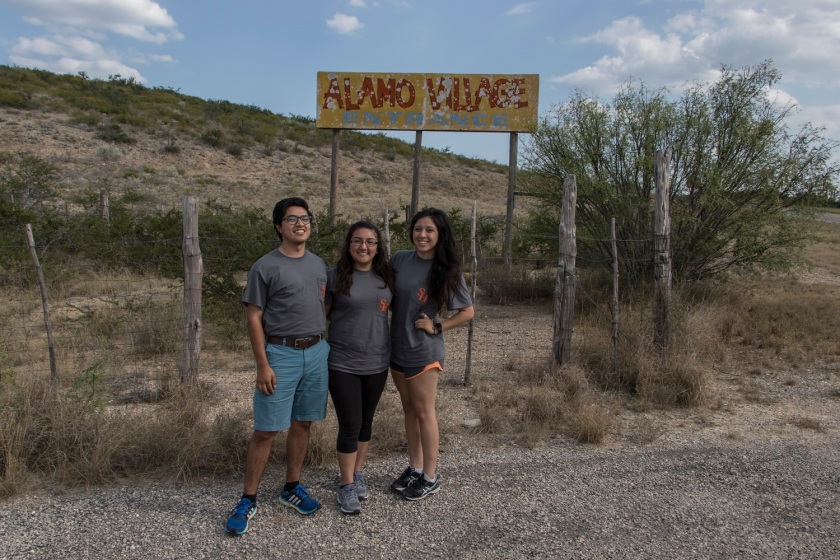 As it turns out, Alamo Village closed its gates to the public in 2009 after almost 50 years of attracting tourists from all over the country. Sadly, no traces of the set were visible from the entrance. After a photo-op in front of the Alamo Village sign, traced with vintage lettering, we climbed onto our van and continued our trip.

Before arriving to Seminole Canyon, we were compelled to stop at Del Rio, the birthplace of Christina. 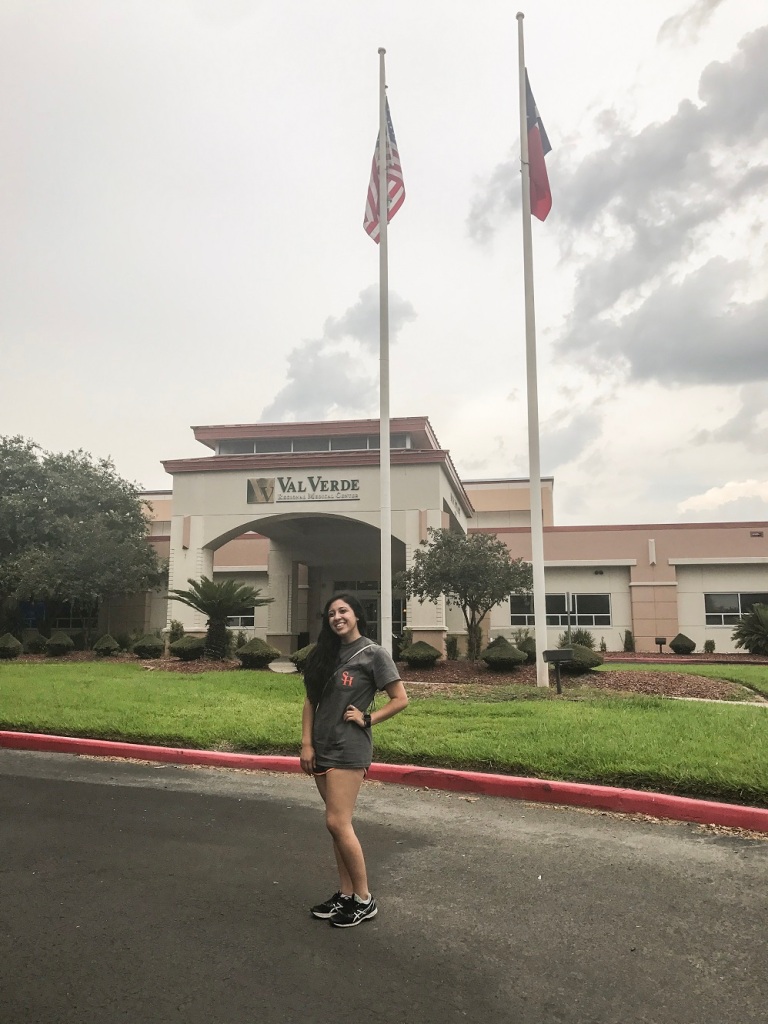 We were so inclined to celebrate her birthplace, that we even visited the hospital where she was born. After snacking on some chips and sandwiches, we were ready to make the last stretch to the state park.

A couple of minutes later, we arrived at the Seminole Canyon State Park. Unlike to the other state parks we had been to, Seminole was sprinkled with small cacti and desert life versus the usual gargantuan pine forests. However, it did hold its own charming appeal. Part of its beauty was held within its canyons and its various trails. 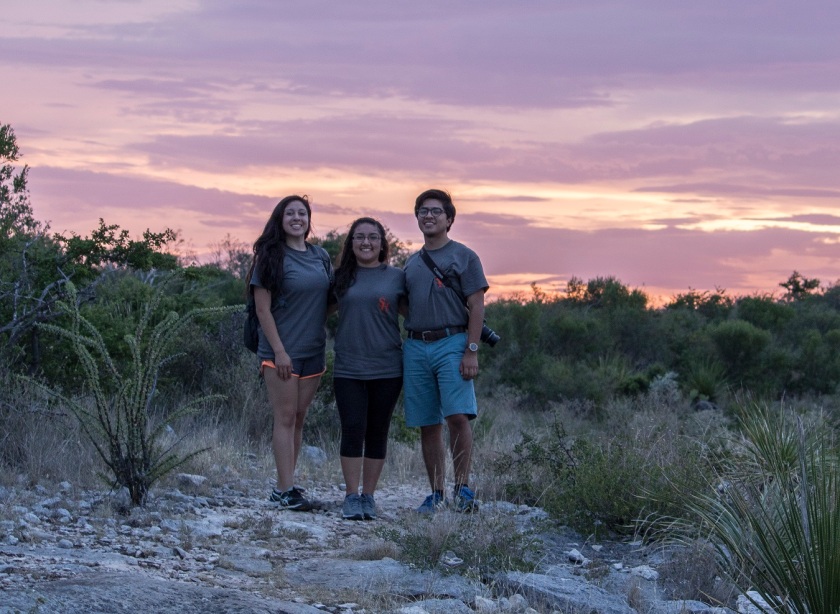 Another interesting part are the many caves that line the canyons. There was one in particular where we climbed along the side of a canyon to go into a possible cliff dwelling. 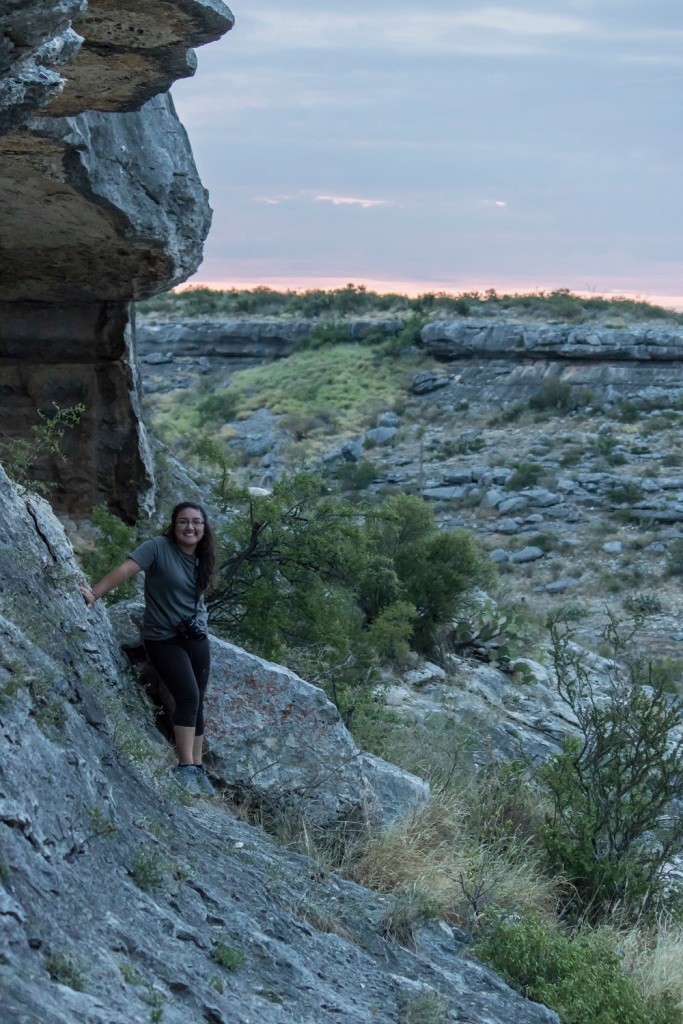 It was a treacherous climb, but with teamwork, we made it. 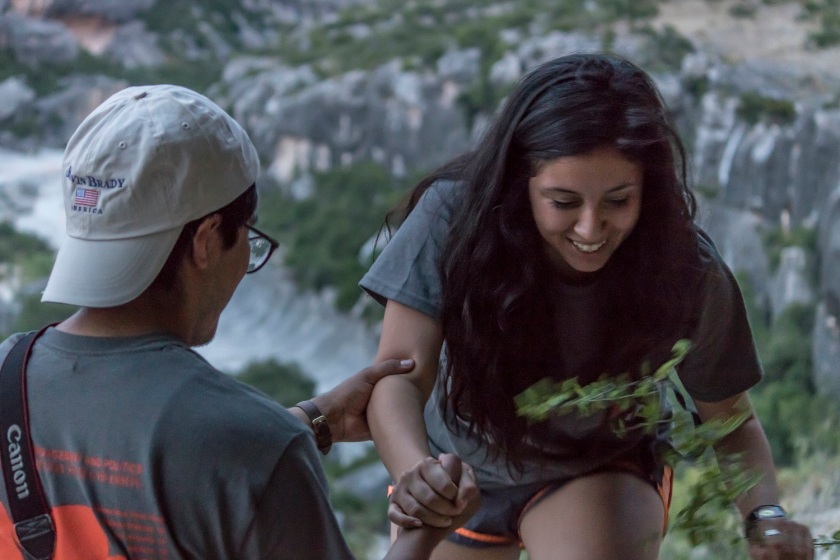 The views were beautiful! 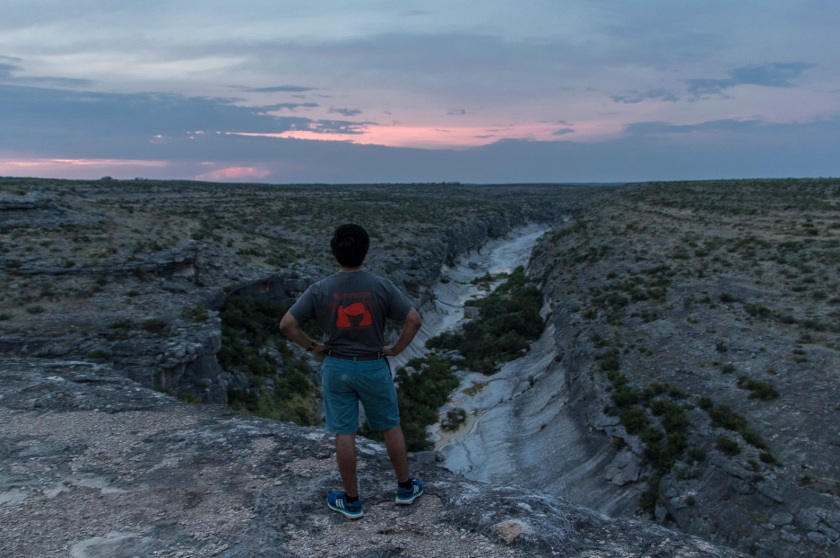 Although we were disappointed to not see more wildlife within the state park, we were captivated with smaller life forms such as the millipedes and the giant ants creeping around. Taking advantage of the little bit of sunset that we had to our disposition, we took a couple of more photos before making the 45-minute trek back to the car. 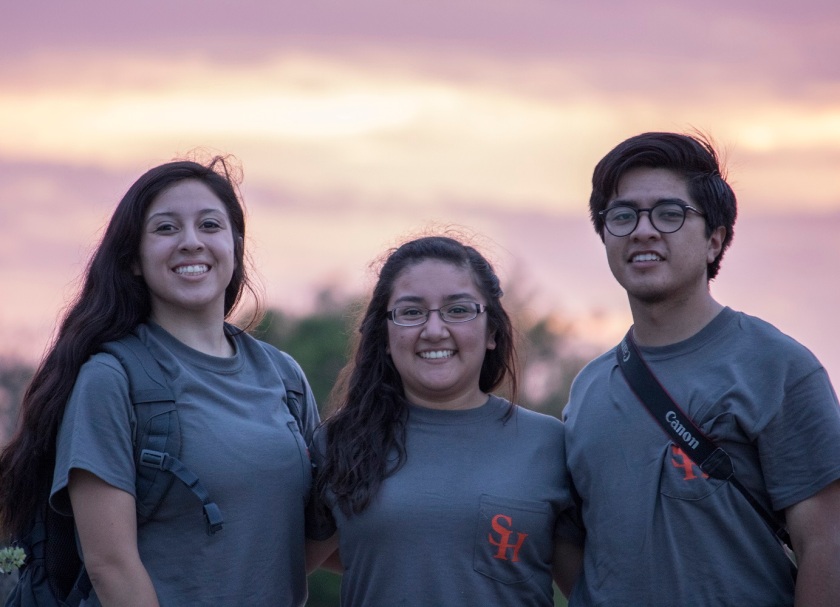 Before leaving Seminole State Park, we decided to pay a visit to The Maker of Peace by Bill Worrell. A statue over 10 feet tall of a deer-humanoid shaman, it is believed that this art piece depicts the Lower Pecos features. In so doing, the statue had motifs related to the whitetail deer native to the area, a spear with a dart and a Langtry point as well as an atlatl which embodies the survival of the people. Finally, the bird in flight was on its right hand, which was a portrayal of the human soul. With the final blessing from The Maker of Peace, we hit the road for Alpine, TX.

We arrived at our hotel at 12:30 am after a 6:00 am start in the morning. It was understandable that we were all tired and ready for rest. We got into our hotel rooms to prepare for the long, vigorous day of hiking at Big Bend. Tomorrow will be full of adventure, so for the fans out there, stay tuned for more glimpses of our West Texas Tour.