With the spring semester off to a great start and no snow-storms in sight, the LEAP Ambassadors, as well as the Pre-Law Society, teamed up to host an ice cream mixer open to all SHSU student and staff to inform them of upcoming events. Not only that, but it was also a great time to chat and catch up with everyone.

Students mingled with each other over some yummy ice cream. But the larger point of the mingling was to alert students to upcoming events.  The LEAP Center, in addition to sponsoring the Moot Court team and the Pre-Law Society, participates in approximately 50 events a semester.  Of these, they actually sponsor or arrange about 25, meaning that they provide numerous opportunities for students to learn outside of the classroom, network with people who can have an impact on their careers, and to have fun as well.

In the next month, for example, the LEAP Ambassadors are involved in:

We hope the students enjoyed their time at the Ice Cream Social as much as we enjoyed the time getting to meet them.

Soon afterwards, we headed downstairs for the first Pre-Law meeting of the year where students learned more about what it takes to become a lawyer and how the Pre-Law organization could help them get there.

We also went over upcoming events and met some new members! 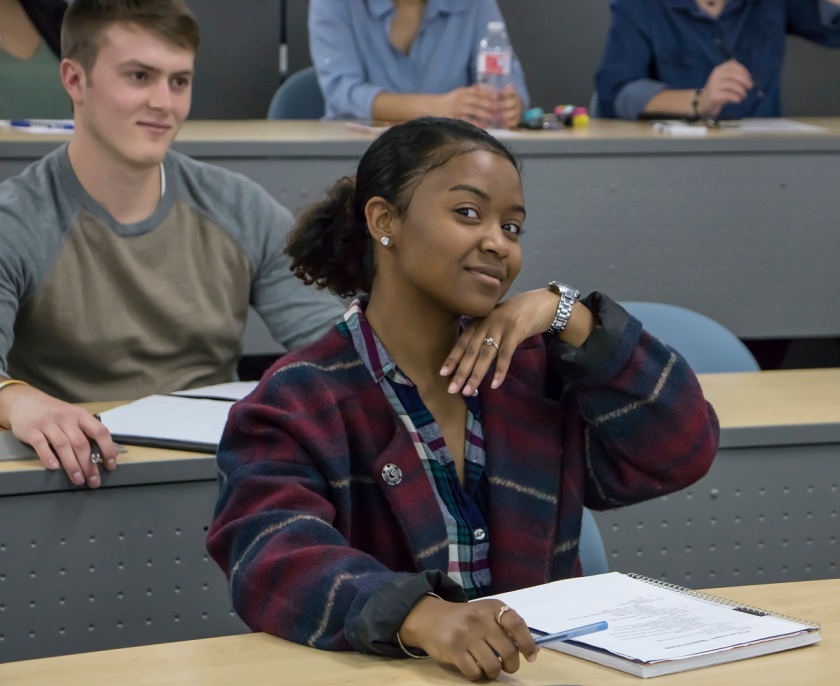 Thanks to all the students who came by to say hi and we wish everyone a successful semester!