“Congratulations!
Today is your day.
You’re off to Great Places!
You’re off and away!
–“Oh, the Places You’ll Go” by Dr. Seuss

Our long-time friend, Ms. Bocskor, was back in our small town of Huntsville last week.  After many travels across the world, a stop at the quiet yet merry town of Huntsville was overdue. As a “democracy coach,” Ms. Bocskor travels throughout various countries as a trainer, consultant, and expert in democracy. She advocates for people to participate in their political system and teaches them effective ways to fundraise for and otherwise promote their cause. She has even written a book titled,“Go Fish: How to Catch (and Keep) Contributors.” Having worked in various campaigns, she also encourages people, especially women, to be more engaged in politics, giving them advice for how to work in the political world and even how to run for office.

Over a three-day period, Ms. Bocskor spoke to about 10 different groups. One such event was to talk to students in the classes of Dr. Mahoney and Dr. Evans.

Students were regaled with stories about her travels as a democracy coach. One of her favorite sayings, and motto that she has lived by, is “If you are not at the table, you are on the menu.” With these encouraging words, she proceeded to explain the importance of being involved in politics and government, whether it be local, state, or federal. Without that kind of political engagement, it is very hard for problems in our communities to be fixed. Ms. Bocskor motivated for students “to pull up a chair to the table” and become involved in making decisions.

These kinds of invigorating discussions continued throughout lunch and dinner. Throughout the three days, we visited many of our local Huntsville restaurants such as 1836 Steakhouse… 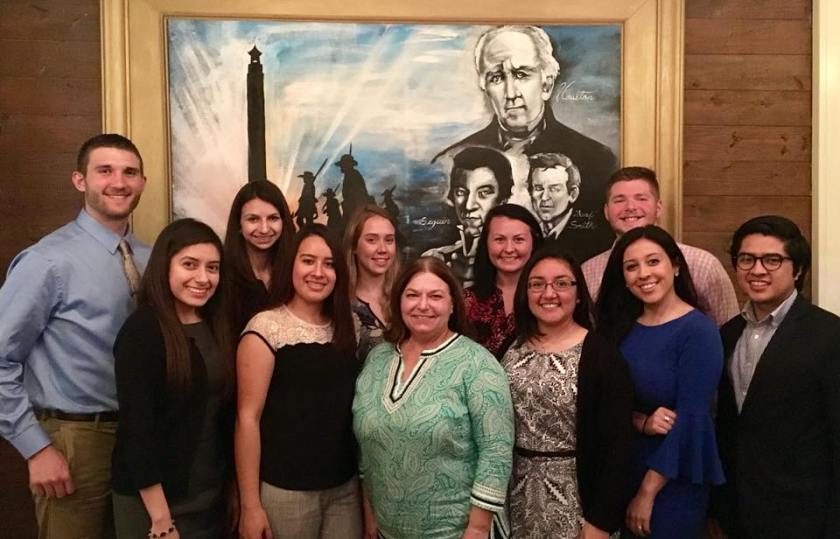 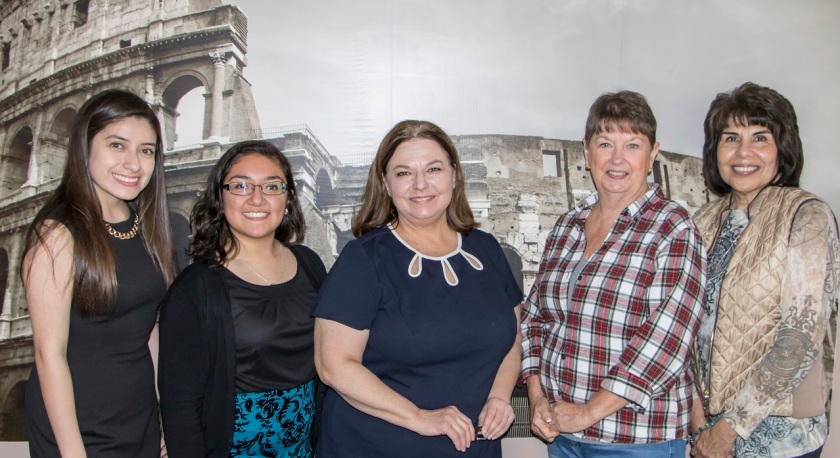 Farmhouse Sweets and Eats, and Carbonero.

Meanwhile, Ms. Bocskor met with various people from around the community, such as Mrs. Terry Stivers, Katy Russell, and SHSU Associate Director of Career Services, Vinessa Mundorff, along with the LEAP Ambassadors, to give them advice on fundraising, engagement in politics, and her many programs.

There was never a dull moment when dining with her, and Ms. Bocskor proceeded to enchant us with stories about the lives that had been impacted with the programs she had begun in different countries such as Egypt, Russia, Nigeria, and Lithuania, to name a few. One of the most current programs that she had been working on was one was geared to help doctors and bankers specifically to run for office.

However, the main event during Ms. Bocskor’s stay was the small women’s group meeting hosted on our SHSU campus. Around 20 female students attended a meet and greet with Ms. Bocskor and were able to listen to her empowering advice and experience. 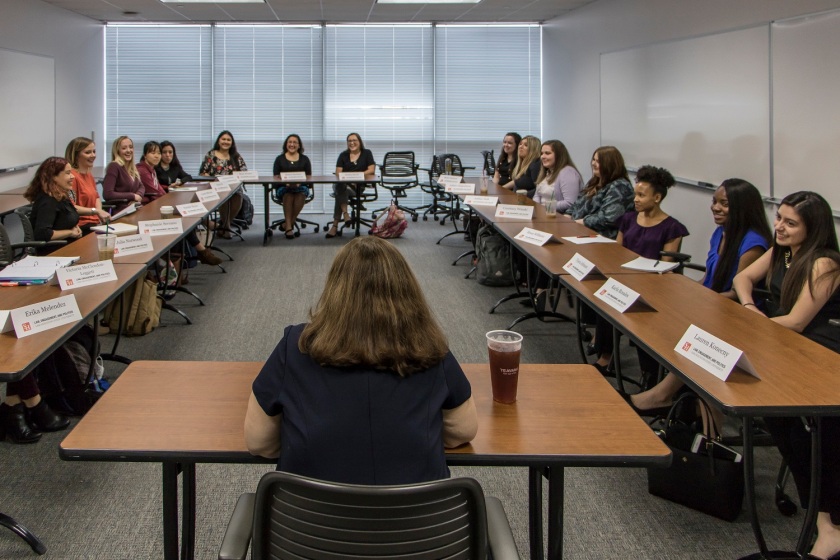 Having worked in various campaigns and legislative offices, Ms. Bocskor motivated these young women to persevere and be successful in politics and disregard the superstition that they could not be triumphant, especially with a family.

She gave various testimonies of powerful women who had not given in to that type of mindset and had lead prosperous careers throughout their life.

By allowing the heart and passion of an individual, as well as a strategic plan, there were opportunities to be taken.

On that last note, Ms. Bocskor had to depart on another adventure, but she left behind invigorated individuals to continue her legacy. It is always a pleasure to visit with Ms. Bocskor and listen to her invigorating tales. We were all disappointed when our time was up because she has a wealth of knowledge about so various topics, and we thoroughly enjoyed the conversation, but we understood that she must help so many other people that are not as fortunate. We just hope to be able to follow her advice, especially the Leapsters, and other people who hope to be engaged in politics.

“You have brains in your head.
You have feet in your shoes.
You can steer yourself
any direction you choose.
You’re on your own.  And you know what you know.
And YOU are the guy who’ll decide where to go.”