Even when LEAP Ambassadors graduate, they continue to contribute educational opportunities for SHSU.  So while Bianca Saldierna graduated in May of 2018, a couple of months later she organized a small group for dinner, followed by attendance at a Ludovico Einaudi concert at Jones Hall in Houston.

Our dinner was at La Fisheria, which specializes in Mexican seafood.  Three of us–in an act of almost willful redundancy–ordered the same item: sampler tacos.  The more adventurous of us had Tamal con Camerones and Vuelve a la Vida.  The food was delicious, and we highly recommend the restaurant, both for its casual ambience and food. It also is conveniently located in the Theater District, so it was a short walk to Jones Hall, where we would be attending the concert.

Einaudi is a composer and pianist who performs with five other musicians.  These five other musicians are highly versatile, playing (by our count) somewhere between 14-20 instruments, including the cello, violin, xylophone, drums, tambourine, gongs (including a water gong), and many instruments that weren’t immediately recognizable.  One, for example, resembled a birdcage. 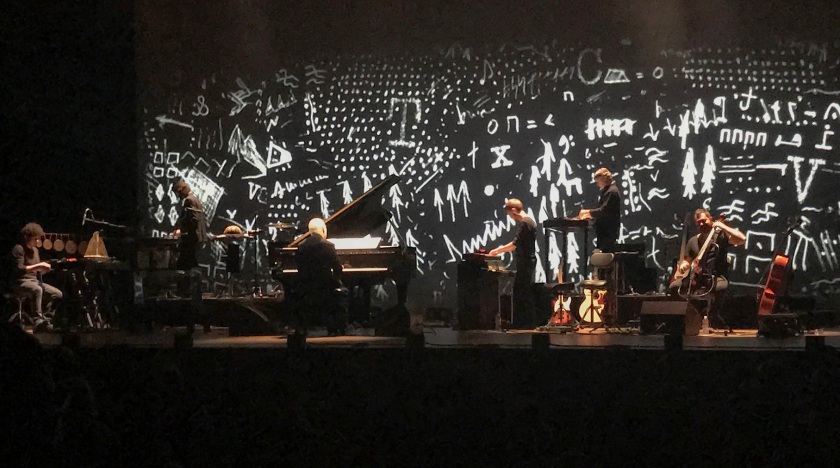 With a dynamic video background, great lighting, and beautiful music, the show was wonderful.

Einaudi began with a one hour set featuring his piano work in collaboration with his musicians.  The music was generally uptempo, with most of the songs finishing with a rousing crescendo. 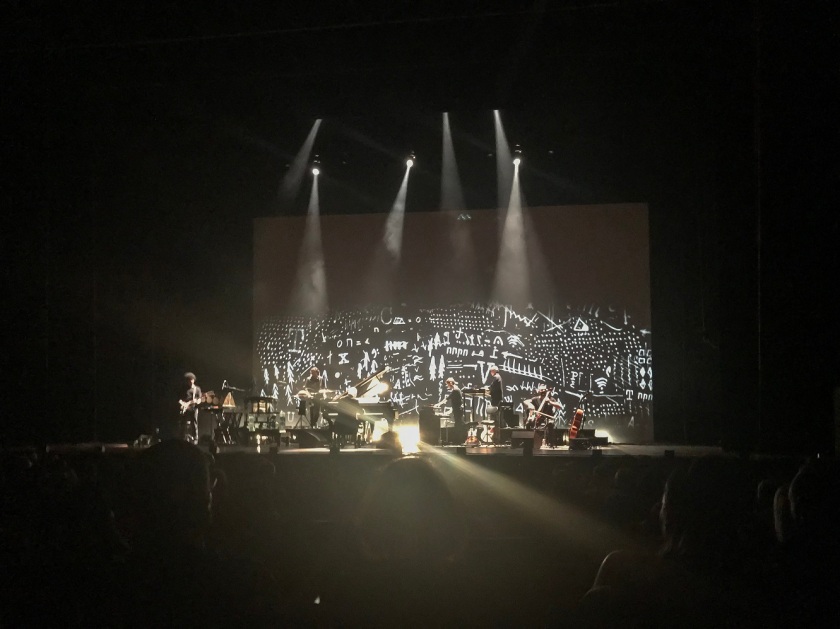 With the audience fully engaged, Einaudi embarked on a forty-minute solo set.  These songs bled into each other, such that it was not always clear when one piece ended and the next began.

At the conclusion of this section, Einaudi then turned to face the audience–for the first time–and invited his accompanying musicians back on stage.  With new background video, fog, and more uptempo music–mixing pop, folk, international and new age–Einaudi found new ways to engage the audience.

Einaudi closed to a rousing–standing–ovation… 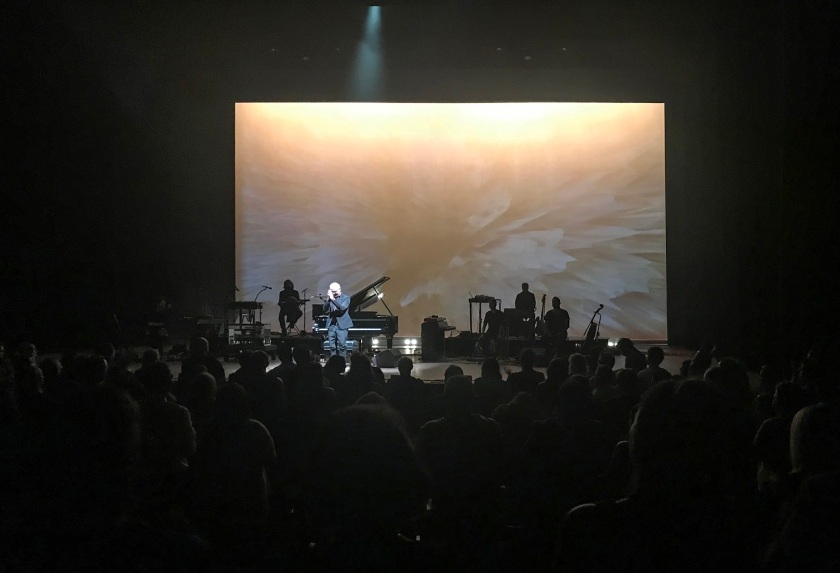 …that eventually brought the performer back for an encore. 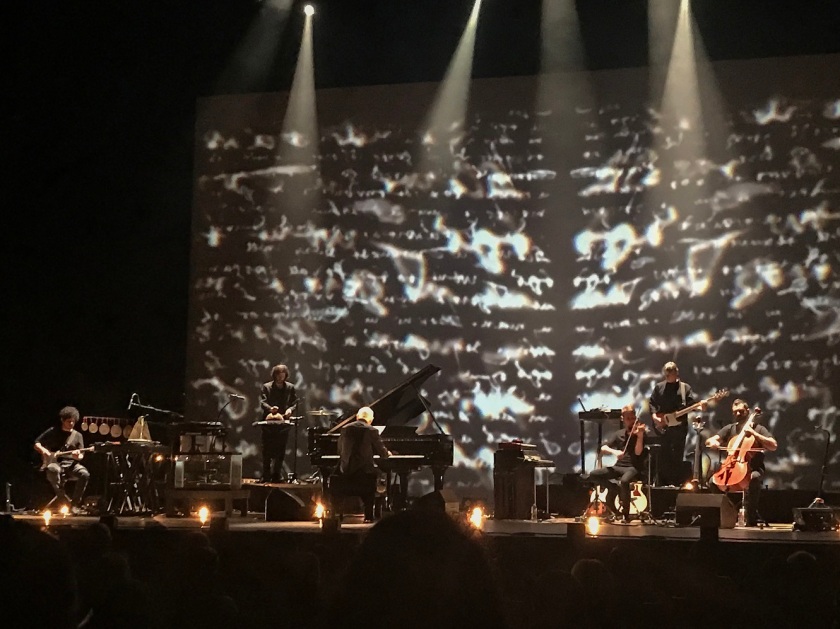 The evening exposed us to the beautiful music of Einaudi, while also giving us a chance to spend time with LEAP Alums who have wasted no time after graduation in providing educational and cultural opportunities to others. 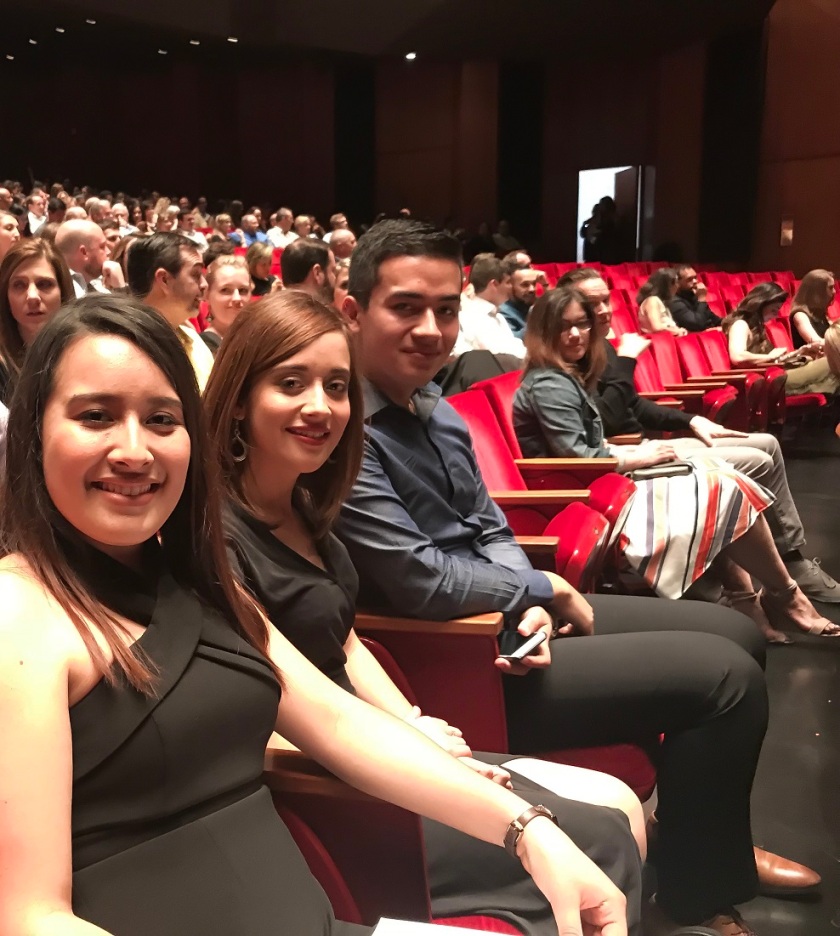