The day before the first day of classes two LEAP Ambassadors tried to assist a group of 17 incoming freshmen with the transition to full-time college.

Each student introduced themselves by stating their name, one thing they are scared of about starting college, and then a fun fact about themselves such as their favorite color or the sports they played in high school. Afterward, a student who shared the same fun fact as the student previously would link arms with that student and begin their introduction. This students had a great time getting to know one another and opening up about their fears. In the end, the ice breaker showed that we were all connected to one another and that we all shared the same initial fears when starting college.

After the ice breaker, we addressed some of their fears by answering questions and giving basic advice. We discussed the pre-law society, the LEAP Center and the events it hosts like the mock LSAT and the mock law class, all of which are excellent tools for those who want to pursue a career in law. Overall, the group felt more comfortable starting their freshman year and we enjoyed meeting these students and hope to see them at upcoming LEAP events! 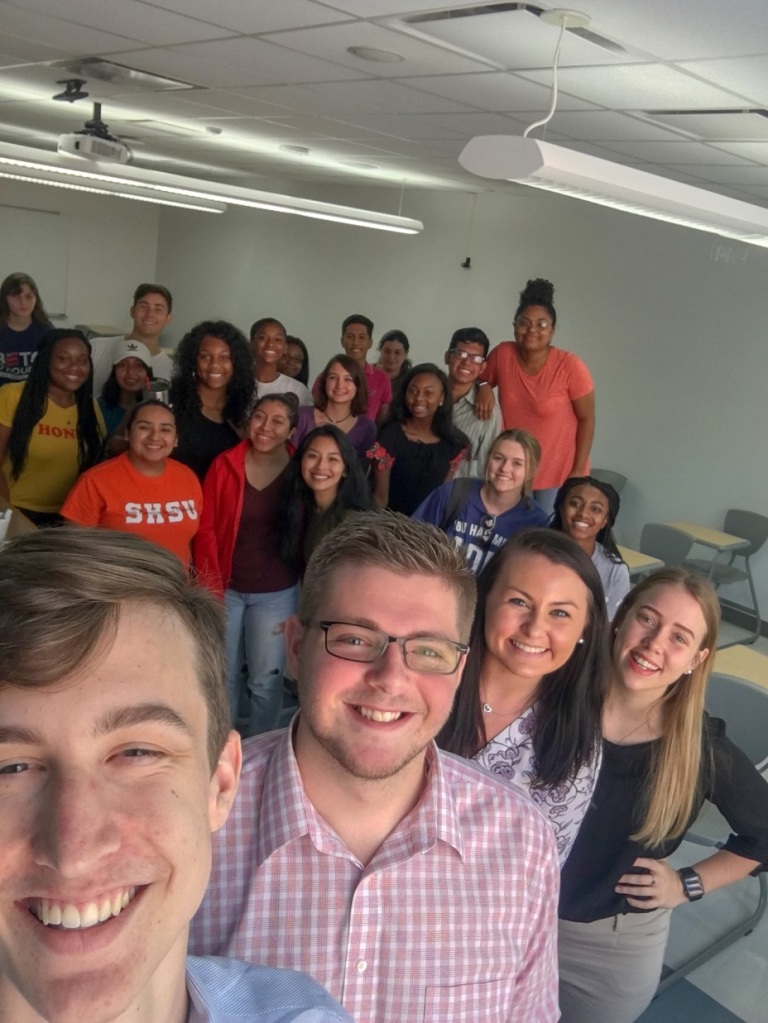