At least once during the academic year the LEAP Center hosts an event for students looking to learn more information about the Pre-Law Society, LEAP Center Events, or the LEAP Ambassadors. We do, however, encourage a free-ranging discussion and much fun–in short, the conversational topics go far beyond the latest in school news.

When not just socializing and whilst crunching on cookies and digging into delicious ice cream, students learned all about the LEAP Ambassadors, the Austin Internship Program, and the other various events that are offered throughout the semester by the LEAP Center. 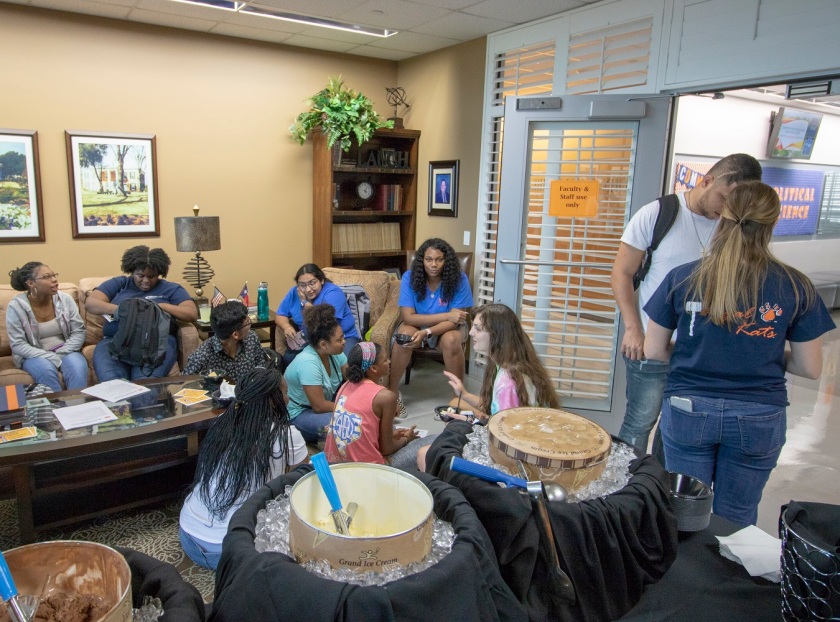 It was a great opportunity for the students that attended to meet and connect with other students that shared their interests. Students weren’t the only people who attended, however! Dean Zink and Associate Deans Sanford and Callaway also stopped by for the opportunity to grab a sweet treat and mingle with the students in the Holcombe Room.

Students were also able to spin our wheel and win a prize! Our prizes ranged from “study packs,” which contained various school supplies, to dry erase boards for their dorm rooms, or even portable batteries. 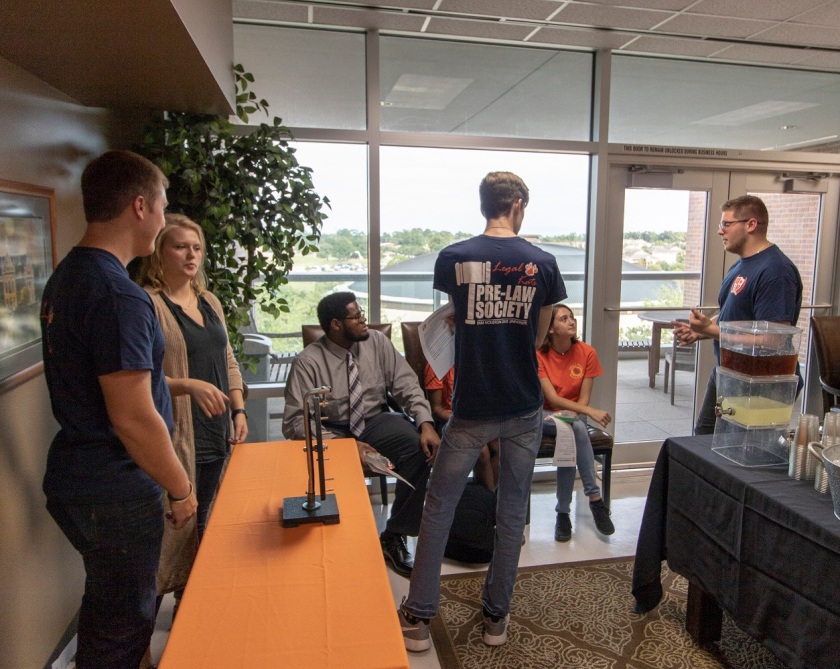 There were plethora of questions about what the LEAP Ambassadors do and how students can get more involved in the organization which we were happy to answer, and even more happy to see such interest in what we do!

As the social came to a close, students who were interested in attending the Pre-Law meeting directly after filtered out, and we began to clean up with the hope that next year would be just as successful. The LEAP Center is excited to host our Social again next year!