Every two years the the Texas Legislature meets in Austin , and every two years SHSU sends top students to intern in Austin, where they can build their resume, gain skills, learn about policy and government.  To help prepare students for that opportunity–and to provide an overview of legislative careers–the LEAP Center brings legislative staff to campus to meet with students.

Twenty students signed up for the event and, dressed in professional attire, listened to–and occasionally asked questions of–the experts on the legislative process.

Two of the staff-Ariel and Sarah–had been interns, so they provided a ground-floor perspective, while also filling in students on what it’s like to be a district director.  Scott and Zach provided an overview of legislative offices and the role of the Chief of Staff. 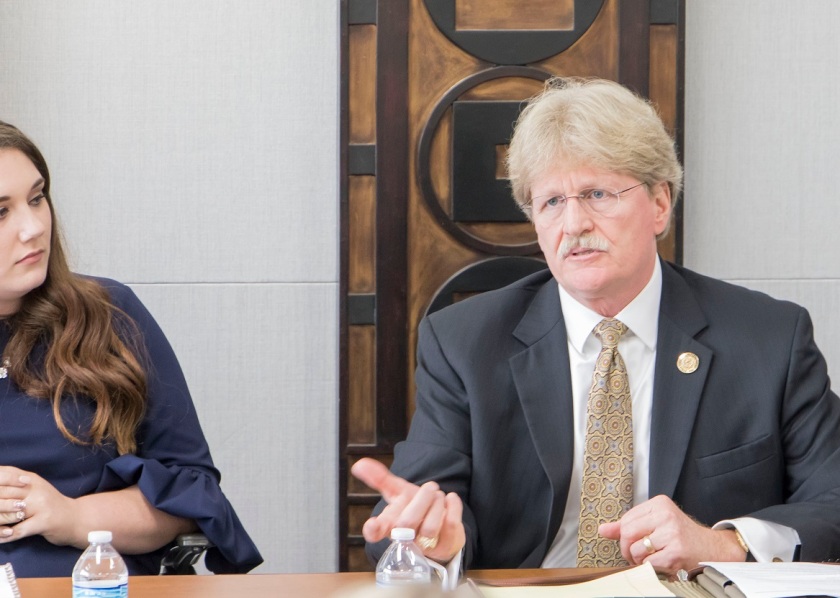 One of the key purposes of the panel was to describe what “session life” is like.  A key point the staff members repeated was that there’s no experience like session experience.  Interns can work during the summer or fall, but the 140-day session every other year provides a pace and a perspective that can’t be replicated during the interim.

The staff also distinguishing between the qualities that make a good intern as opposed to a less-quality intern.  Such advice included:

Of students had plenty of opportunities to ask questions, and they further had a chance to mingle following the event, which they exploited fully.

They finished with a group photo, but many of the students have chosen to follow-up with interviews and additional policy education at next week’s Texas Tribune Festival.