Every two years, the LEAP Center selects approximately ten students to work in the legislature as part of our Sam Houston Austin Internship Program.  The program has been very successful thus far (editor knocks on wood), and one of the reasons is that SHSU provides many staff persons to support us through orientation and training.  This year was no different. 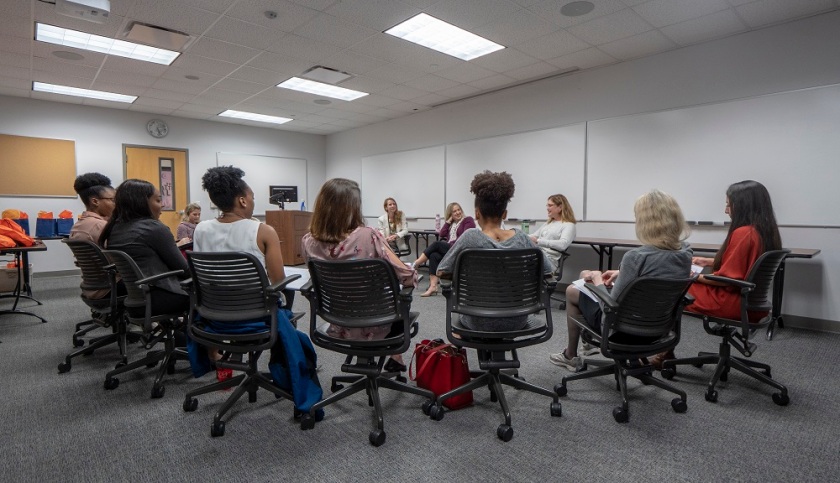 The three women were generous with their time and offered much in the way of excellent advice.

Julie Schwab offered numerous tips on our behavior, particularly with ways to be confident in our comportment and belief system.  She began by telling us that we belong, and that we wouldn’t be in this position if people weren’t confident in us.  This was particularly helpful to those of us who were questioning our own abilities.  She also offered tips for dealing with pushy people who might dismiss us for our gender, age, or “intern” status, something she dealt with as an auditor at TDCJ while she was still in college.  Interestingly, she emphasized our nonverbal communication in asserting ourselves, encouraging us to visually engage people in meetings, to stay off our phones, use good posture, and other tips. 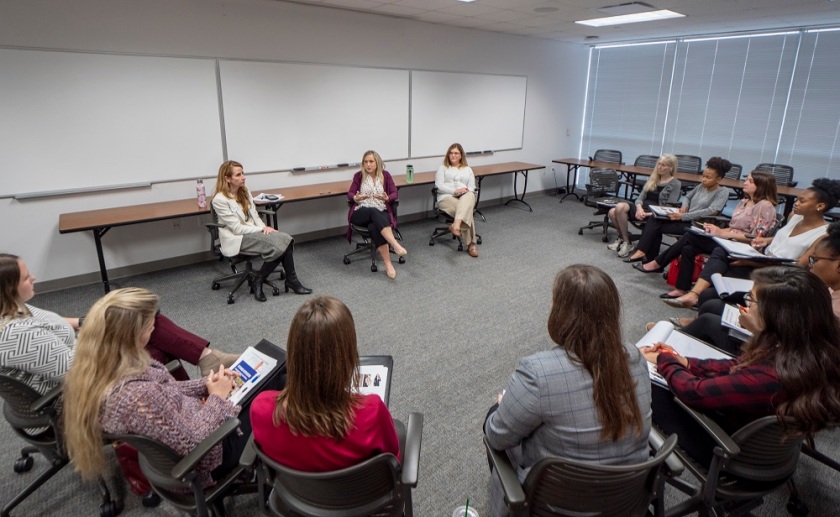 Heather Varela primarily spoke to Title IX issues, problems that might arise in the area of sexual harassment.  She explained the law to us, discussed University policy, and also indicated that we should report any behavior–particularly if it happened more than once–that was inappropriate.

Of course, the panelists’ discussions bled over into other areas, and they all provided good insight into appropriate behavior at social events, while on the phone, around the office, and even outside the office.

Most importantly, they gave us encouragement and provided us with a new way to look at and assess our behavior, while also demonstrating that many staff at SHSU care about our success.

As we’ve discovered in the first month of the internship, we receive a lot more support in our internship program, and many more opportunities than most of the other programs in Texas, and for that we are very grateful.  Thank you Ms. Mundorff, Ms. Schwab, and Ms. Varela!