Being part of the Sam Houston Austin Internship Program is a full-time job, and being a LEAP Ambassador consumes much time as well.  But spending a semester in Austin, also offers numerous cultural opportunities as well, and thus it was that Christina Perez (former LEAP Ambassador and SHAIP Intern, currently Legislative Director for Rep. Jim Murphy) and Ilexus Williams (current LEAP Ambassador and SHAIP Intern for Rep. Mando Martinez) made their way to the Umlauf Sculpture Garden, which was unveiling a new exhibit featuring James Surls.

Surls is not only an internationally famous artist, he is also an SHSU Alum, giving him something in common with both Ilexus and Christina.  The LEAP Ambassadors also host heART of Huntsville each fall, in which they highlight Surls’ work in Huntsville and at SHSU, and they have visited museums with his work all over the country. 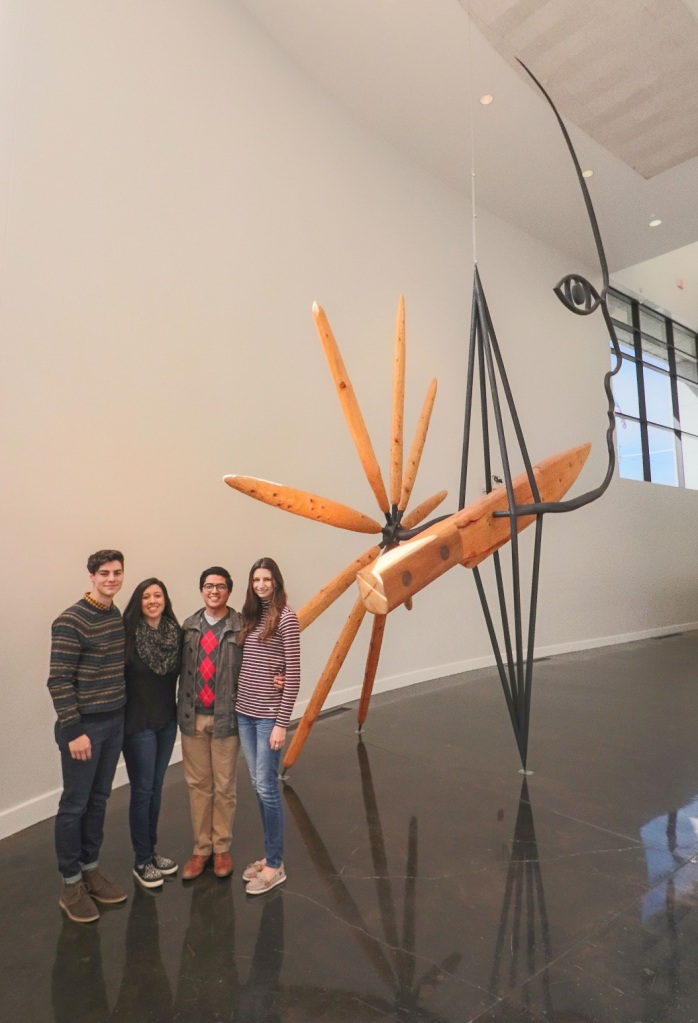 In a stroke of good fortune, Surls was present at the opening of his exhibit, and Williams and Perez were motivated to attend, allowing them the chance to meet the artist.

They also had the chance to explore 30-plus pieces of Surls, most of which embodied his characteristic blade/swirl motif, while also reflecting the organic theme that typifies his art over his five-decade career.

It was a fun experience for two young professionals who have fun with art.

The Umlauf Sculpture Garden is located at 605 Azie Morton Road, is open Tuesday-Sunday, and will feature Surls’ work through August 18, 2019.