Each semester, the LEAP Center partners with Princeton Review to offer a mock LSAT.  This spring, we offered it on Saturday, April 27, and we had our largest turnout ever. 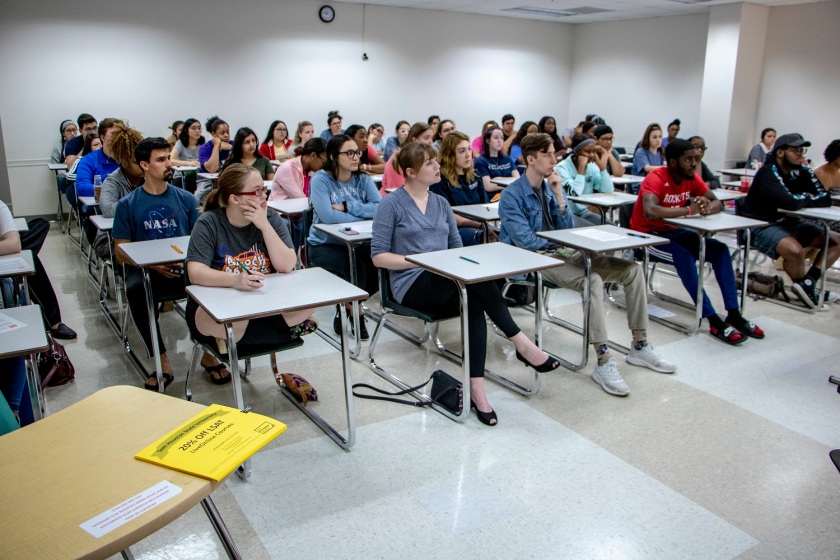 Fifty-four students signed up for the Mock LSAT, and 47 showed up, a pretty good showing for a Saturday event.  The LEAP Center encourages all students interested in law school to take the Mock LSAT–early and often.  The sooner students know about their score, the sooner they can work with us to develop an effective plan for improving their score.

For students thinking about law school, probably the most important factor is the LSAT, followed closely by GPA.  The mean LSAT nationally is 151, with a low of 120 and a high of 180.  Law schools have different expectations or standards for admission.  Texas law schools have the following (approximate) average LSATs for their incoming class:

Our goal is to help students get the LSAT score they need for admission to their hoped-for law school. 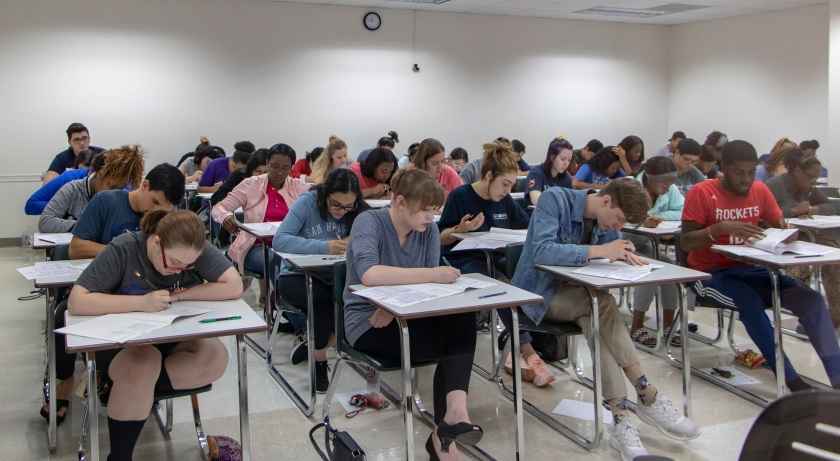 The Mock LSAT is an actual LSAT, although certain implementation differences exist.  In the official LSAT, for example, there are four sections, one experimental sections, and a writing section. On the Mock, no writing or experimental section is offered.  Scores on the mock test tend to be a little higher than the real thing, simply because the (1) test isn’t quite as exhausting, and (2) there is less pressure.

The Mock LSAT is one of many law-related activities that LEAP offers.  In a typical year, for example, the LEAP Center offers: (1) 2 mock LSATs; (2) a mock Law class taught by STCL Professor, Val Ricks; (3) a law school visit (this semester, students visited Harvard Law); (4) eight pre-law society meetings, with speakers that included the District Attorney, County-Court-At-Law Judge Tracy Sorensen, and 10th Court of Appeals Chief Justice Tom Gray; (5) a 10th Court of Appeals appearance that includes three live hearings that students can attend, and (6) numerous special guest speakers, such as former Attorney General Alberto Gonzales.  Perhaps it is no surprise then that, out of the 2,774 four-year Universities in the US, SHSU ranks in the top 110 nationally in what the law-school admissions council calls “law-school feeders.”

Part of this is also helping students improve their LSAT score, making it more likely that they will be accepted to law school.  In the next couple of weeks, we’ll be awarding small scholarships for students registering for an LSAT Prep Course.  We’ve also negotiated with Princeton Review so that they will offer a special rate on the LSAT Prep Course to our students.  Students can find the SHSU rates at this link.

In addition, you can find the application to the LEAP Center/Pre-Law Society Scholarship here.