Over the past few years, the LEAP Ambassadors have been working on a documentary film project on photographer Mark Burns.  The project has brought us many opportunities, such as visiting National Parks, but also learning about photography and developing a friendship with Mr. Burns.  Last week, we had a chance to develop that further by attending (and filming) his presentation at the Bush Presidential Library, where he was featured in an “Issues Forum” on photography and the Grand Canyon. 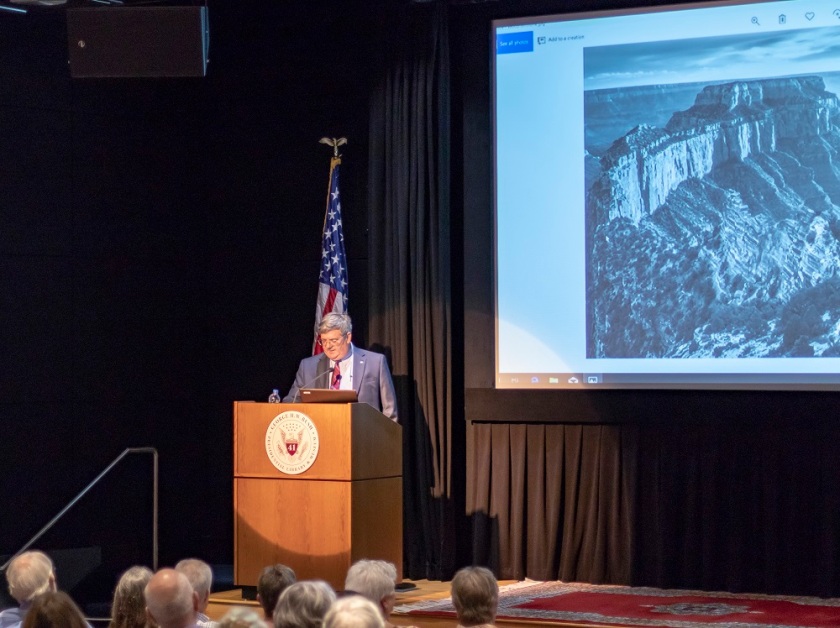 …before Burns took the stage. 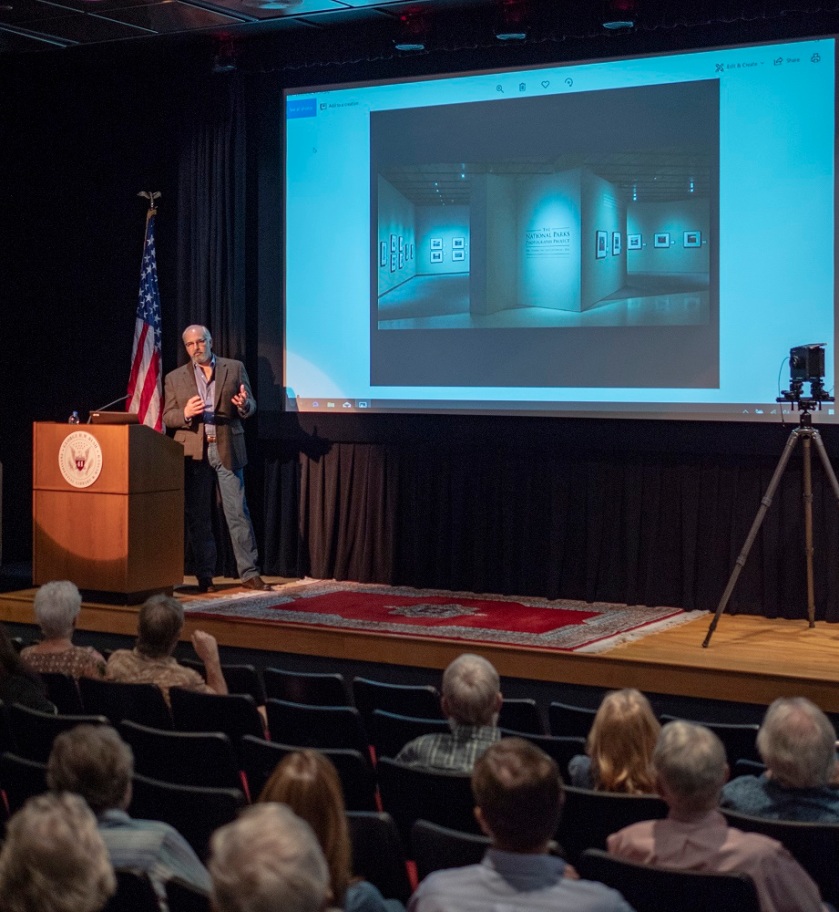 He  led a comfortable and informal talk, showcasing the photos he took of the Grand Canyon.

He began by providing insight on his intuitions regarding the Grand Canyon. He recalled a day of taking photos in the canyon and overhearing a father tell his daughter that the canyon is the result of what the Colorado River has done over thousands of years. He remembers thinking, “it’s not what is did, it’s what it is doing right now,” underscoring the fact that the Colorado continues to work on the western soil. Then, he detailed the thought and stories behind some of his favorite photos. My favorite story was the one he told about when he took his famous photo of Horseshoe Bend.

The steepness of the cliff overlooking the Colorado River made it impossible to obtain a photo of the entire landscape. To compensate, Burns laid prone and hung his camera along with both of his arms over the cliff in order to take the picture. Luckily, the end result was worth it.

Burns has a precise approach to his photography, doing heavy front-loaded research prior to traveling to his destination.  He can provide a strong estimate of cloud cover, while knowing exactly where the sun or moon will be rising and at what time.

This is prevalent in photos such as “Winter Solstice Moon” and “Wotan’s Throne Sunset,” both of which were timed to showcase the best of the Canyon.

After the talk, the audience filed into the main lobby for snacks and drinks. The Ambassadors took this time to tour the exhibit and quickly run through the museum since some of us had never seen all of it.

For about an hour, we indulged in art and history through presidencies and time. 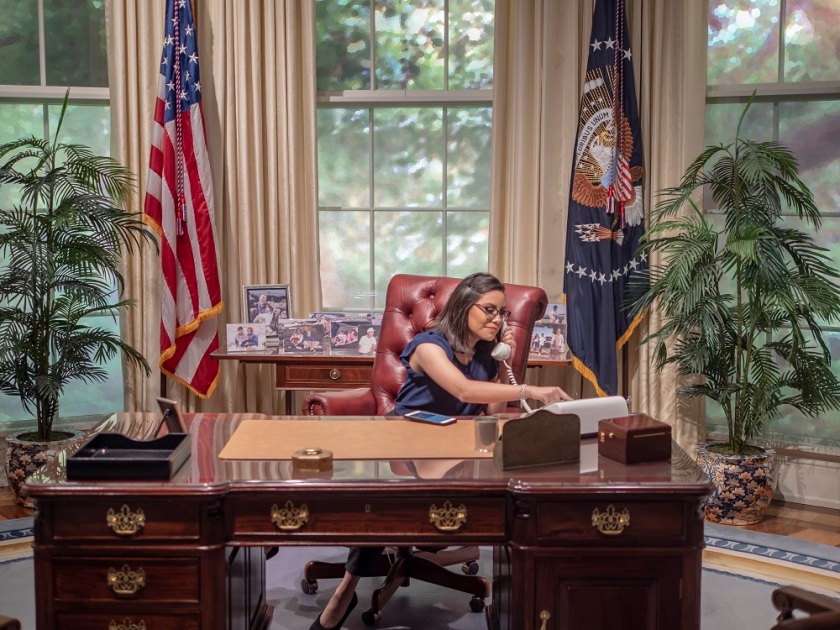 When the time came for us to leave, we felt enriched with new knowledge. 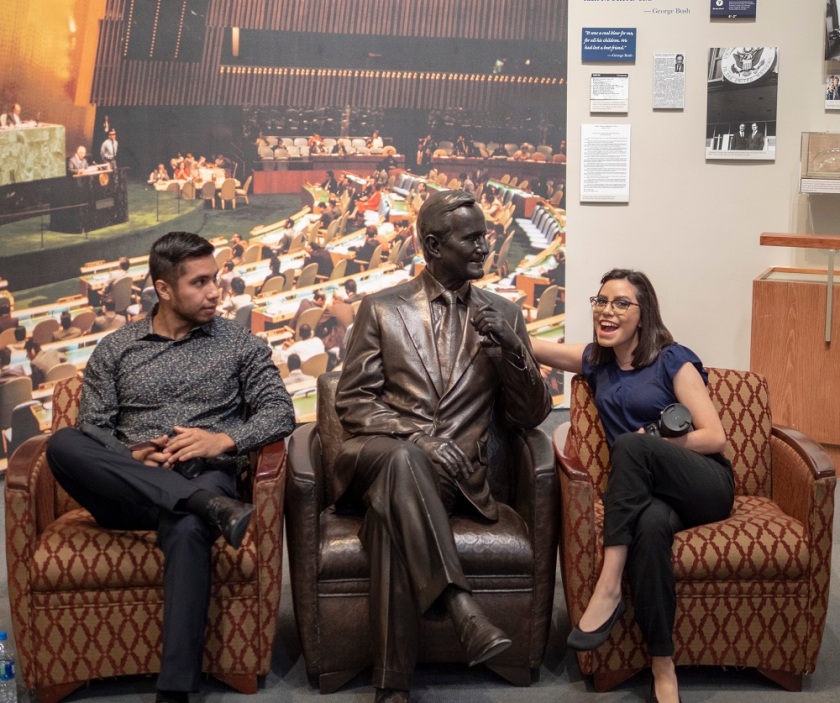