We piled in the car and headed west to Austin, too early to be considered a ride off into the sunset, but with plenty of time to make it to our destination: the 2019 Texas Tribune Festival.  The three-hour trip from Huntsville went by quickly, as our group of LEAP Ambassadors and friends chatted along the way, sharing life and prior travel experiences.

The festival hub wasn’t too far from the hotel, and with a coolish breeze, we chose to walk, meandering through the Capitol grounds on the way…

….but without any prolonged stopping – we needed to check in at TribFest before attending the opening keynote, by Congressman Will Hurd.  We were pleasantly surprised with no waiting in line to get our credentials.

Once we crossed the street toward the Paramount Theater, though, we became immediately aware that, despite leaving what we thought was adequate time, we were most likely not going to see the inside. 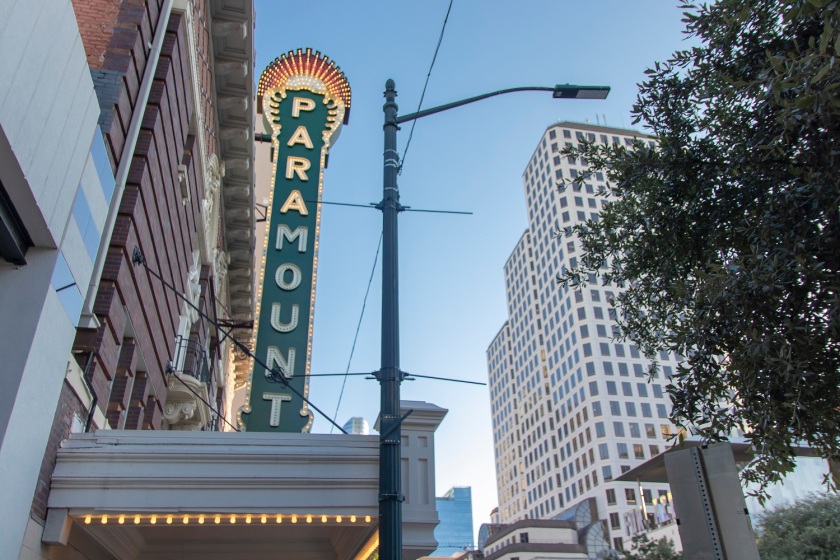 The line stretched out along the entire block, around the corner, and then up and around the next block.  We trudged to the end, mainly because it was uphill and afforded a better picture of the line.

We commiserated with our nearby co-queuers, then decided to take in some of downtown Austin by foot, and find an early dinner.

We stopped at Second Bar + Kitchen on Congress & Second.  Everything looked good on the menu, and we selected a variety: crispy brussells sprouts, black truffle pommes frites, pepperoni soup… 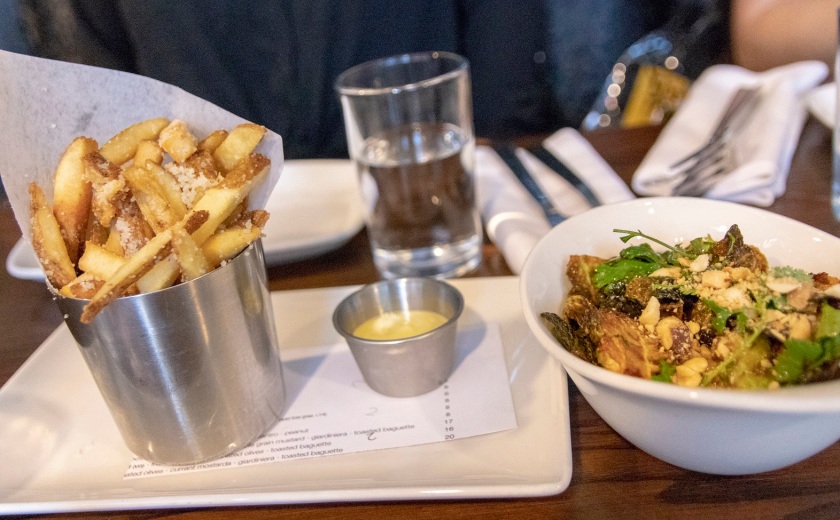 …a couple of pizzas: black + bleu and eggplant + goat cheese (hold the goat!)…

…and a couple of Congress burgers.

No one was dissatisfied – and no one had room for dessert, a shame.

An after-dinner walk was an easy group decision.  And since we were so close, we had to detour down to the Congress Avenue Bridge. We were too late to see the bats up close, or the sunset, but we could see clouds of bats in the distance, making their way to get their own dinner.  We started the slower climb uphill back to our hotel, stopping along the way to briefly check out the wonderfully weird architecture of Austin’s City Hall… 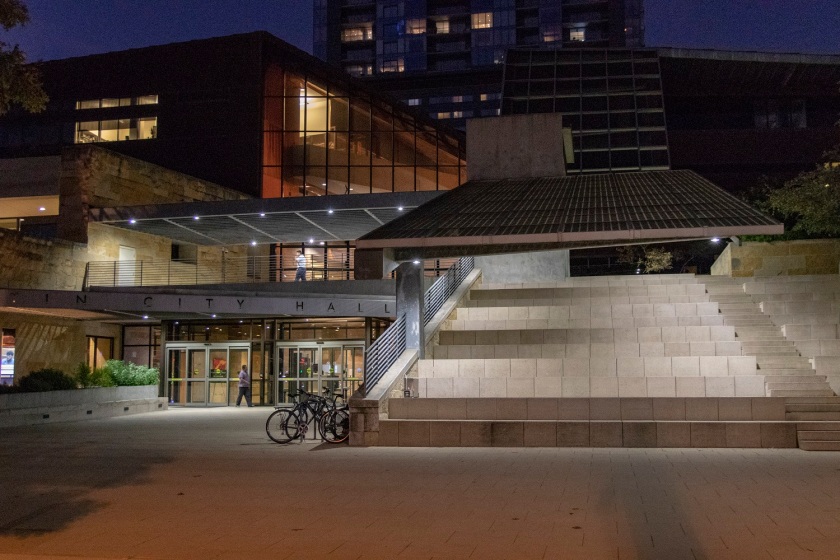 …and a brief stop by Austin City Limits, another monument to the city’s long history of promoting great, local music.

After a brief review of tomorrow’s early-morning plans, we retired earlier than the “LEAP Trip” usual time.  We will need the rest for the next two days of politics, politics, and more politics at the 2019 Texas Tribune Festival!