The Leapsters headed to College Station to attend an event co-sponsored by the Bush School of Government and Service and The Albritton Center for Grand Strategy entitled “Secret Wars.” 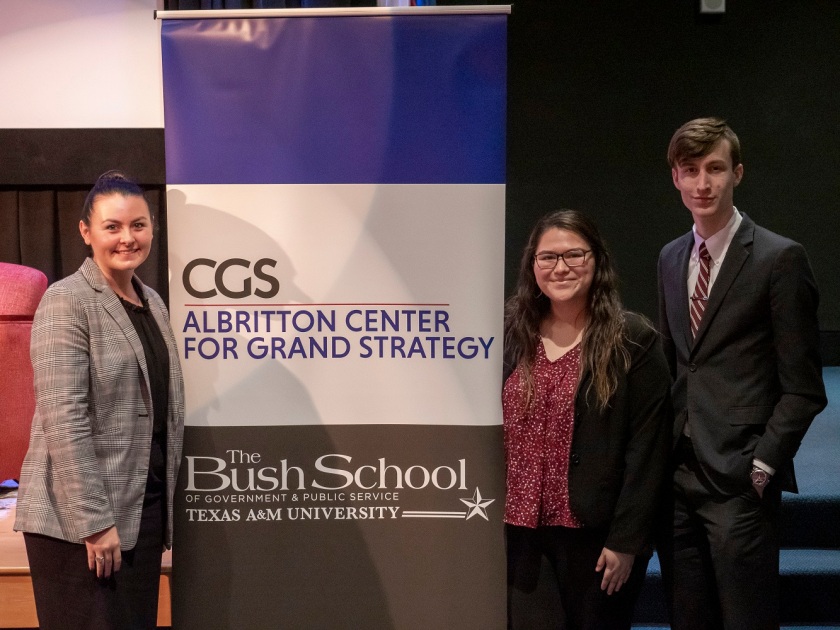 Our introduction and moderator for the evening was the CIA’s former Chief of Counterintelligence, Jim Olsen, who spoke about the importance of covert missions in our nation’s international affairs.

She presented her research of declassified documents that show the US’s instances of covert regime change between 1947- 1993.

Her research found that many covert operations were unsuccessful and failed to remain covert, leading our country to face the consequences–often, destabilizing states and leaving them to have a higher risk of experiencing a civil war.

…with an emphasis on what governments do to maintain secrecy in their efforts to shape the balance of power in the world.

After the two guests presented, Mr. Olsen asked questions from the audience. The questioned ranged from “Would you consider the Bay of Pigs to be a successful covert operation?” to “Do you think the Russians interfered with the 2016 presidential election as a covert mission?”. 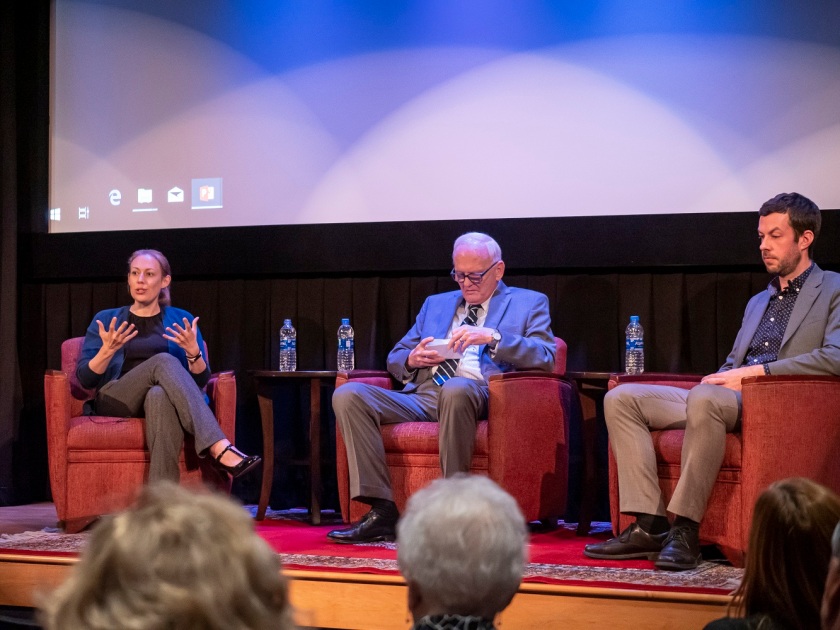 The Leapsters enjoyed learning about a new topic in a different venue and headed to Bryan for dinner.

For dinner we chose Café Eccell, which opened in 1989 and is a favorite among those in the Bryan College Station area. One feature about Café Eccell that we all enjoyed is that there seemed to be something for everyone. For a starter we shared the Mediterranean Plate (not pictured – sorry, it was too good) that featured hummus, tzatziki, and tabbouleh, and baba ghannouj. Our entrees featured a traditional pork gyro, and chicken and waffles with kickin bourbon maple syrup.

A table favorite was the Chicken Eccell, which included a ball of friend herbed goat cheese.

We opted out of dessert and headed back to Huntsville to finish the evening!