With the presidential elections around the bend, the LEAP Ambassadors attended the Walker County Republican Women’s non-partisan meeting on the various aspects of voting this Monday, August 29. The evening’s agenda included speakers focused on new voting ID requirements, the history of political parties, and the nearly unfathomable electoral college. The LEAPsters therefore were more than delighted to start off the semester with proper political education.

With experience running more than fifty elections, McRae outlined the various kinds of identification that a voter may present at their polling station. From a normal driver’s license (acceptable even if expired for up to four years), to military identifications, those present are at peace knowing that this upcoming November they will be ready to present the proper requirements to vote. 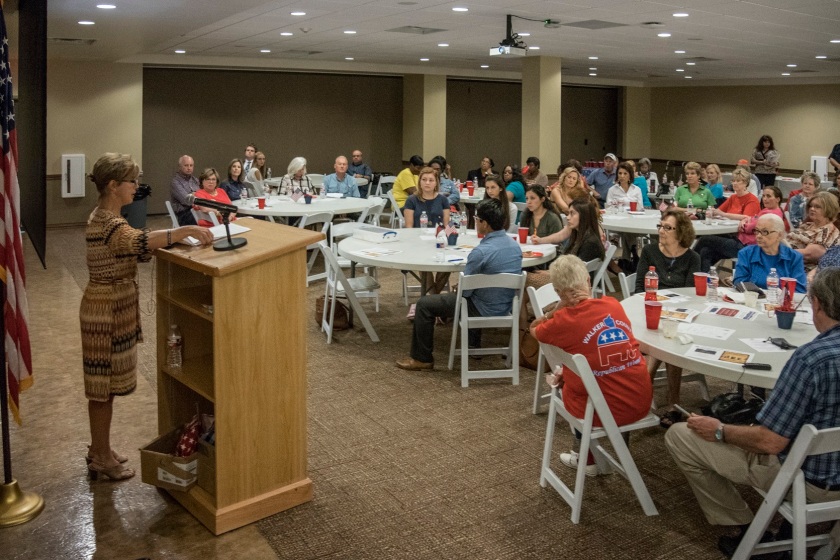 Followed thereafter was SHSU’s own Political Science Professor Yawn. With a presentation focused around the history of political parties Yawn touched on the early years of American politics from the Federalists and the Anti Federalists, the Whigs, the Democratic- Republican party, finally reaching our present day decided political spectrum.

Highlighted were also presidents that shaped those political parties such as George Washington, Abraham Lincoln, John F. Kennedy and many more. As her first time seeing Professor Yawn teach outside the classroom, Christina (one of the newest additions to the LEAP Ambassadors) deemed the presentation “as a very interesting one.” As a political science major however, this was to be expected. As for the rest of the non-student audience, they occasionally responded to Yawn’s presentation with laughter–not out of spite but as a result of the amusing presidential tales from Yawn’s dynamic presentation.

To finish the evening’s meeting Michael Ethridge, Huntsville’s field representative for U.S Congressman Kevin Brady, elucidated the audience on  “How the President Really gets Elected.”

His main topic was the electoral college and how it affects the way presidents are voted into office. He showed us how one county can change the outcome of the entire state, like Ohio.  He also answered questions related to our electoral college, and the process of voting. He showed a time line of the electoral process between November and January of election years. One thing he emphasized on was that voting is important. As college students who share his beliefs, the LEAP Ambassadors all thought it was an important message to share. Likewise the efforts of the Walker County Republican Women reflected this political responsibility of educating the community on voting, political history, and the electoral process.

Part of being an engaged citizen is participating in the electoral process.  For most people, that involves voting.  For political science majors–and especially for LEAP Ambassadors–it involves going beyond that.  Accordingly, a couple of us signed up this spring to be election workers for the election on Tuesday, March 1.  For the political science nerds among us, it’s an exciting prospect!

To be an election worker, you have to be registered to vote in the county for which you plan to vote.  Fortunately, all LEAP Ambassadors are registered to vote, making us all eligible to work an election.  The county has a need for these workers, so the act of working an election is not only a personal goal, but also a civic duty of sorts: it’s providing a real public service.

Of course, the election workers have to be trained to make the correct decisions and follow the the procedures.  To ensure that is the case, the Walker County Tax Assessor Collector, Diana McRae, provides training to the volunteers.  Thus, Bella and I found ourselves at the Walker County Annex for three hours on a Tuesday morning, learning about the electoral process.

It’s more complex than it seems.  There are certain rules that must be followed: no cell phones in the voting area; no political slogans or signs; no persuasive talk.  There are also procedural elements.  Voters sometimes get confused about (1) whether they are registered and, if they are (2) which county they are registered in; and, even if they have the right county, (3) they may be in the incorrect precinct.

We learned how to address those issues during our training, and we also met some nice people. 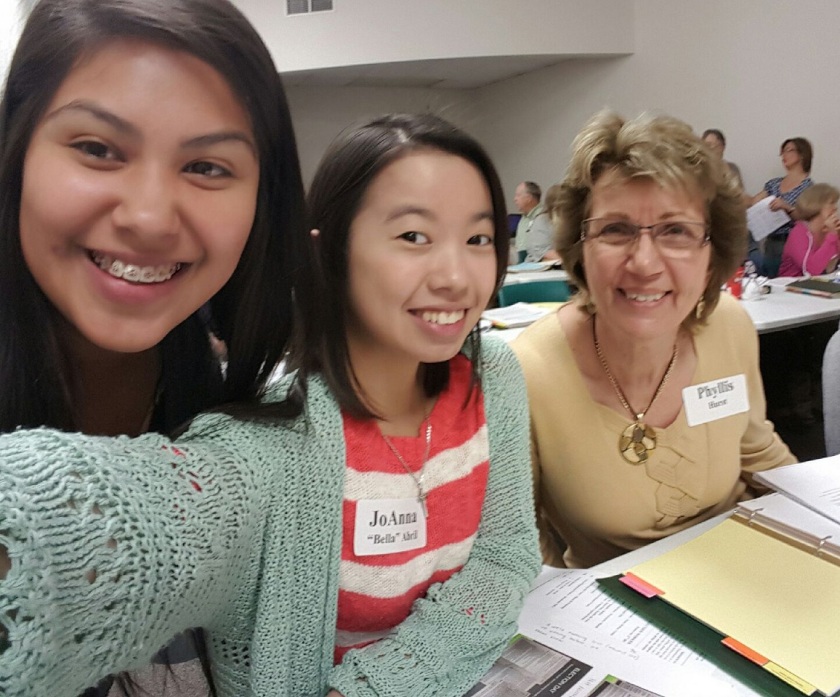 We are looking forward to March 1, 2016 and working our first election!