It was a chilly morning as we left our hotel to walk two blocks to the Capitol. As we walked towards the capitol building, our excitement began to grow as we saw the stage with the giant Texas flag above it and the rows of chairs filled with programs. 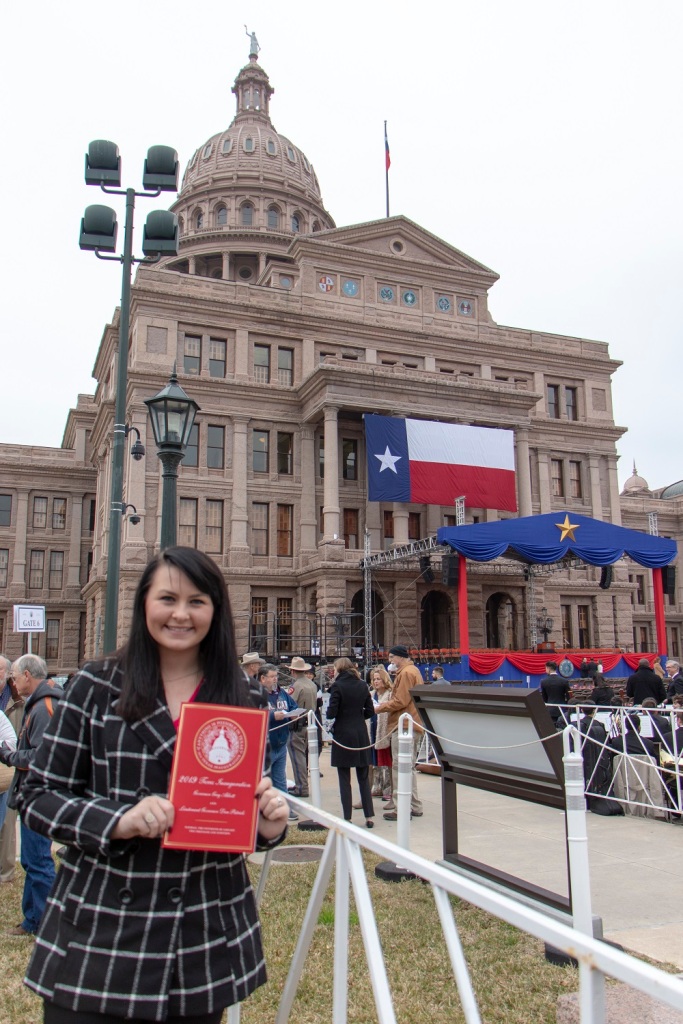 We arrived early, so we were able to find seats and take pictures of everyone getting ready for the big event. 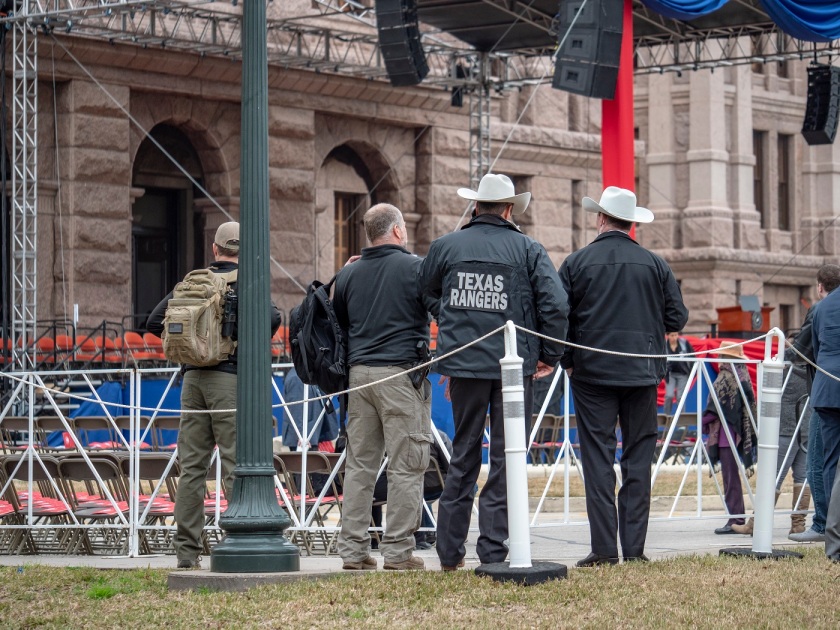 We noticed the security precautions for the event such as many State Troopers, drones, and snipers in buildings above. 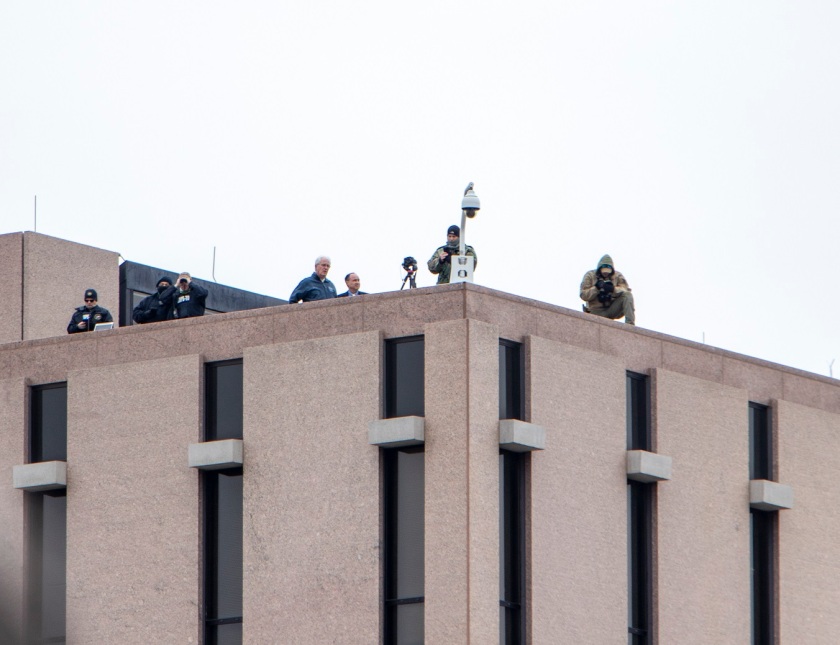 As government officials and everyday civilians began to fill the north side of the Capitol, the ceremony, formally known as the Oath of Office Ceremony, commenced.

The announcer introduced Governor Abbott and Lt. Governor Dan Patrick along with their families, and these elected officials walked through an arch of swords to their seats. 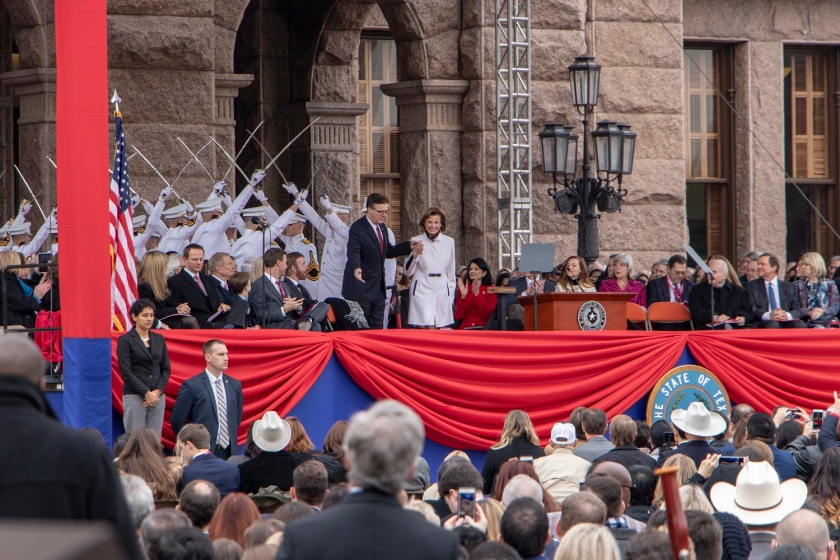 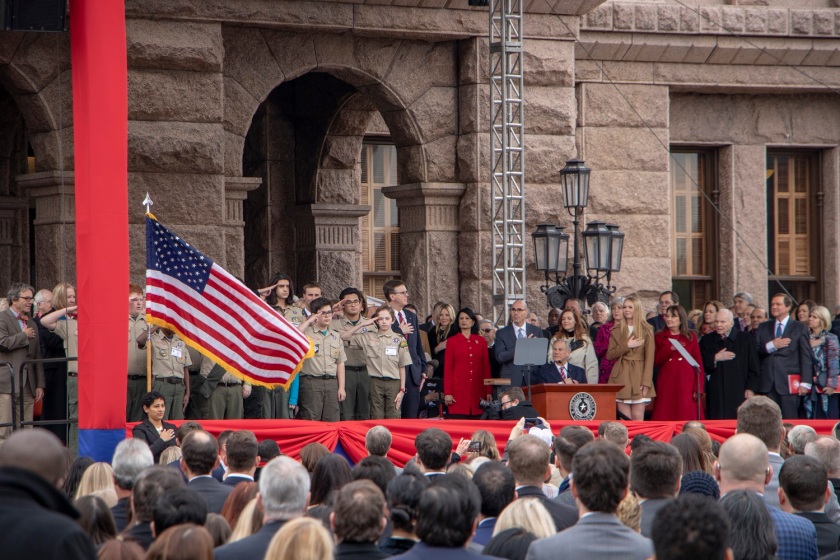 we were treated to a military flyover. 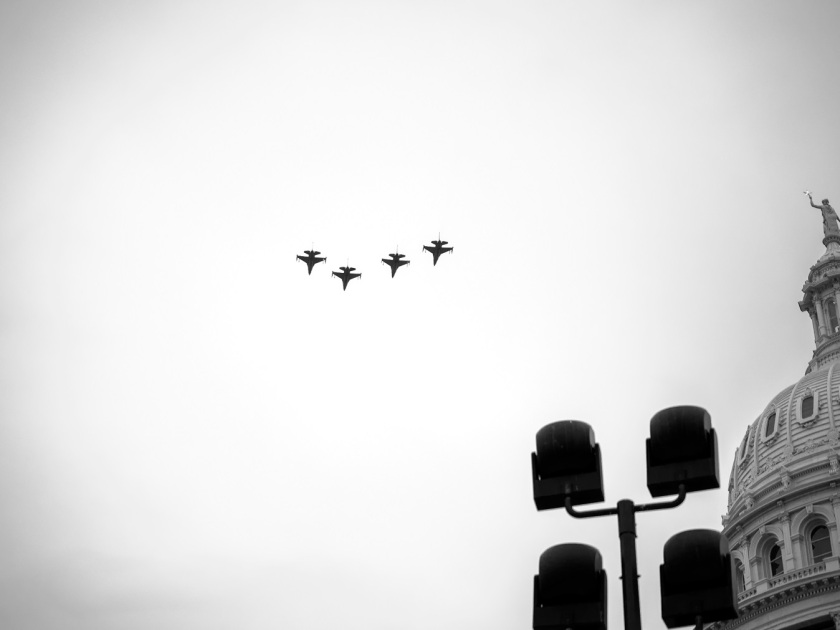 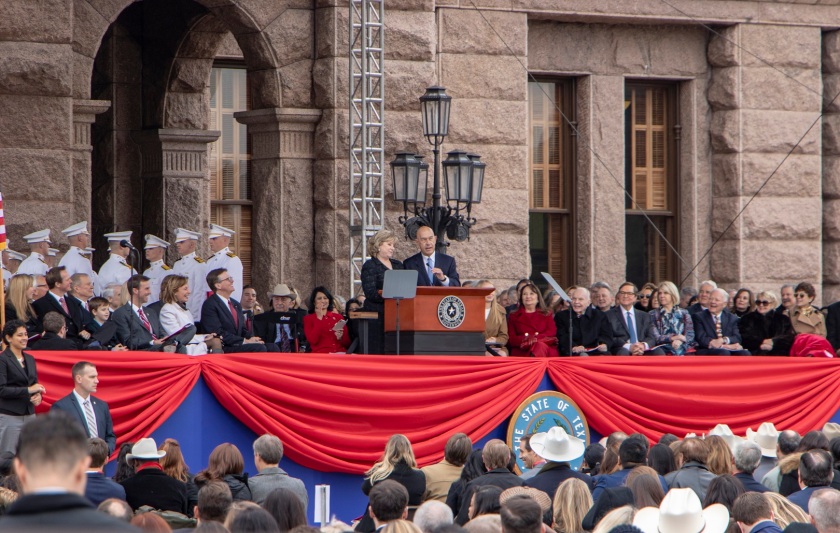 …was the first to take the oath conducted by Appeals Court Justice Don Willett. 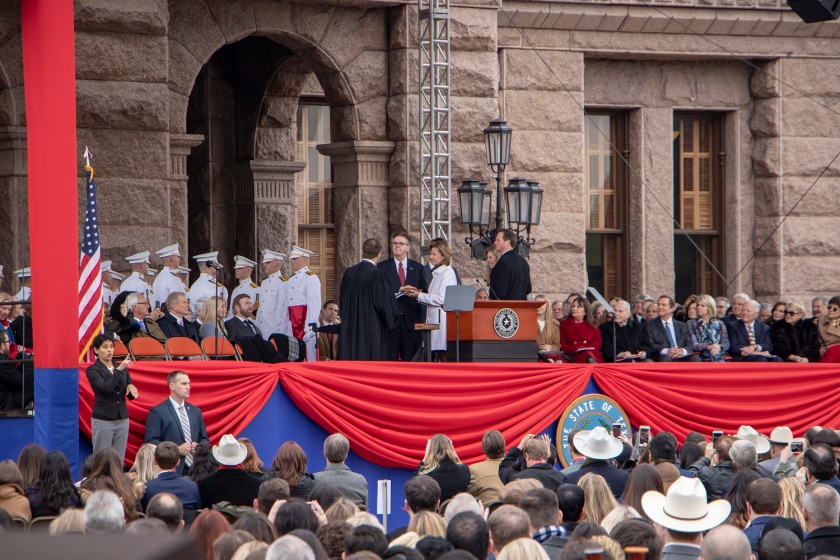 After he was sworn in, he gave a speech that included the introduction of “his personal security” for the event, Chuck Norris! 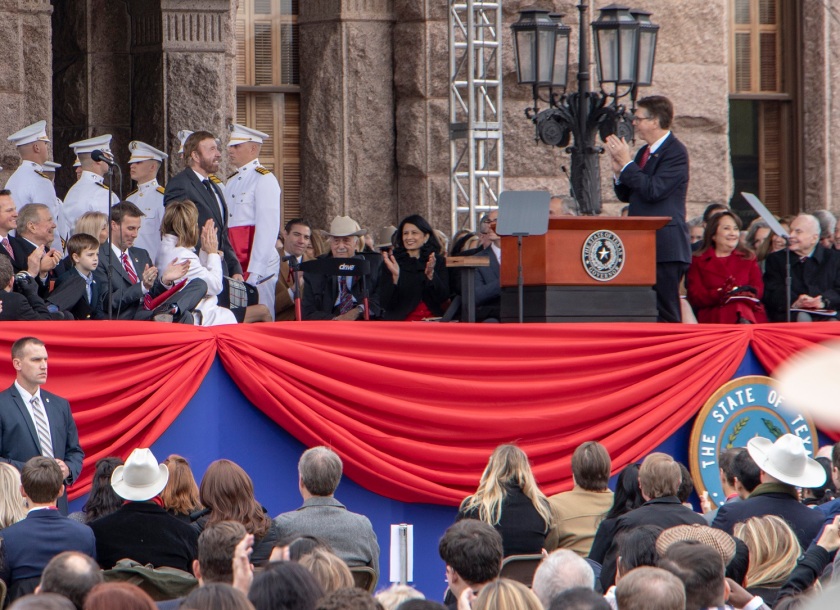 Patrick struck a note of bi-partisanship and unity.  Following his introduction by a Democrat and Republican, he introduced House Speaker Dennis Bonnen whom, in an “unprecedented” move, he called to the dais to join him. 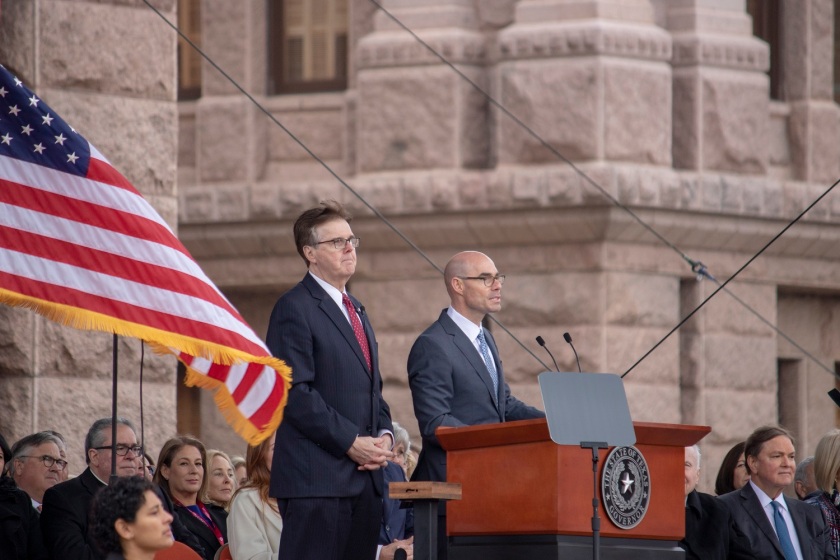 He then went on to lay out his agenda for the session…. 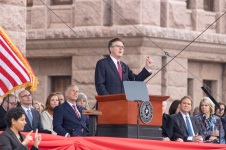 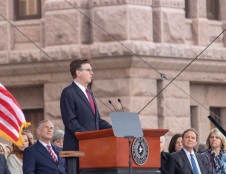 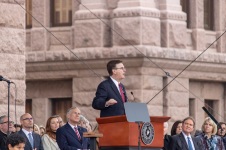 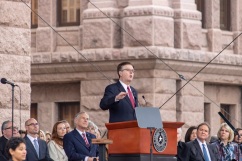 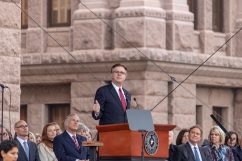 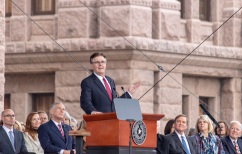 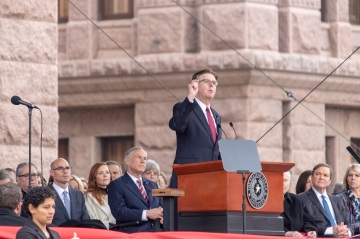 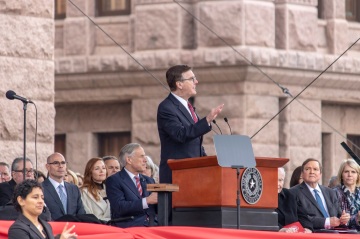 …which included stressing increasing teacher pay, re-structuring school finance, and reducing property taxes.  While some of the crowd impatiently chanted “build the wall” and others got lost in the policy details… 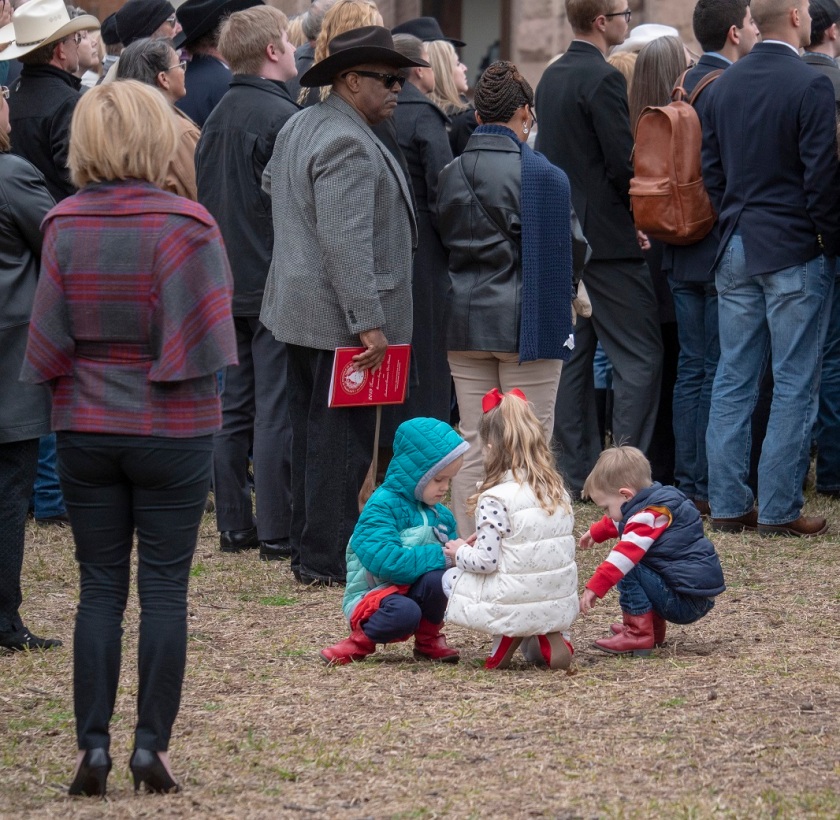 …the crowd was mostly appreciative.

Then it was time for Governor Abbott to take the oath, and he was sworn in by Nathan Hecht, the Chief Justice of the Supreme Court. 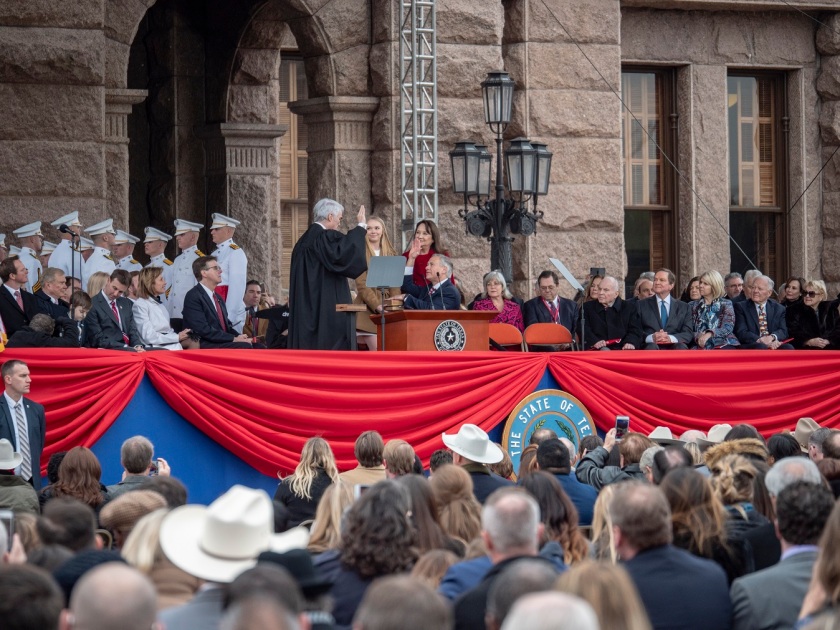 After Governor Abbott finished swearing in, his family provided hugs, 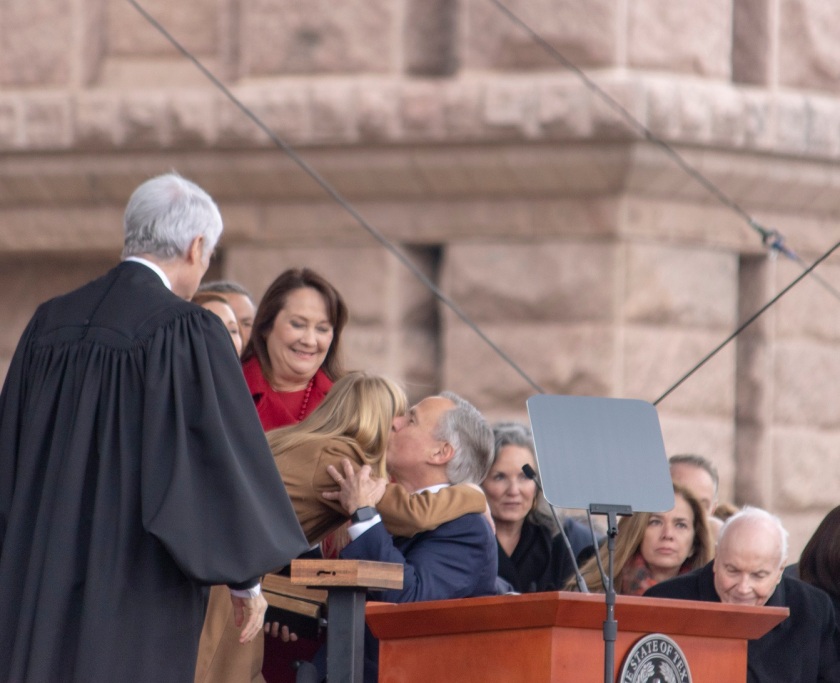 …and cannons boomed a 19-gun salute (in the US, only Presidents or other heads-of-state receive the 21-gun salute) and the crowd cheered.

Abbott struck a theme of “In Texas, anything is possible”….

…and delivered a well-received speech.  The band played… 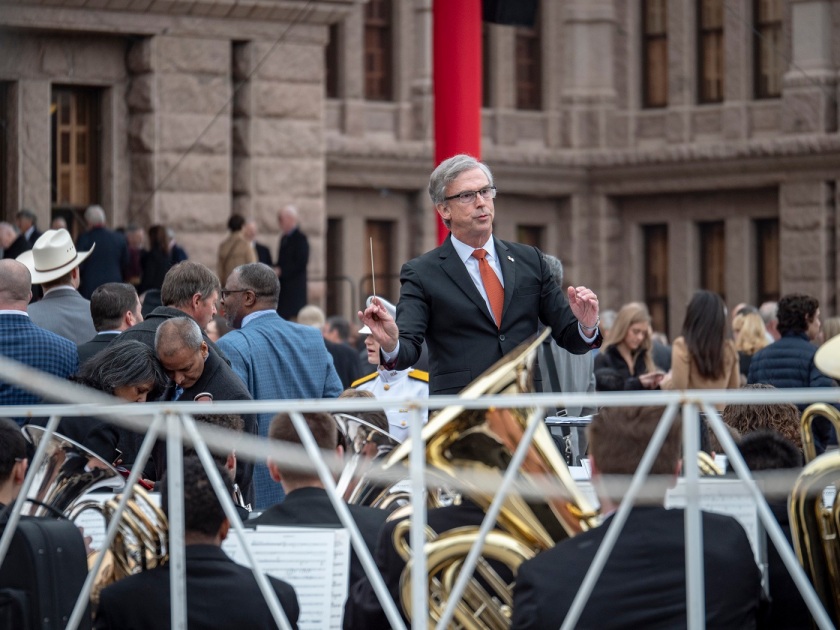 …and Abbott’s, friends, family, and Speaker Dennis Bonnen congratulated the Governor on a job well done. 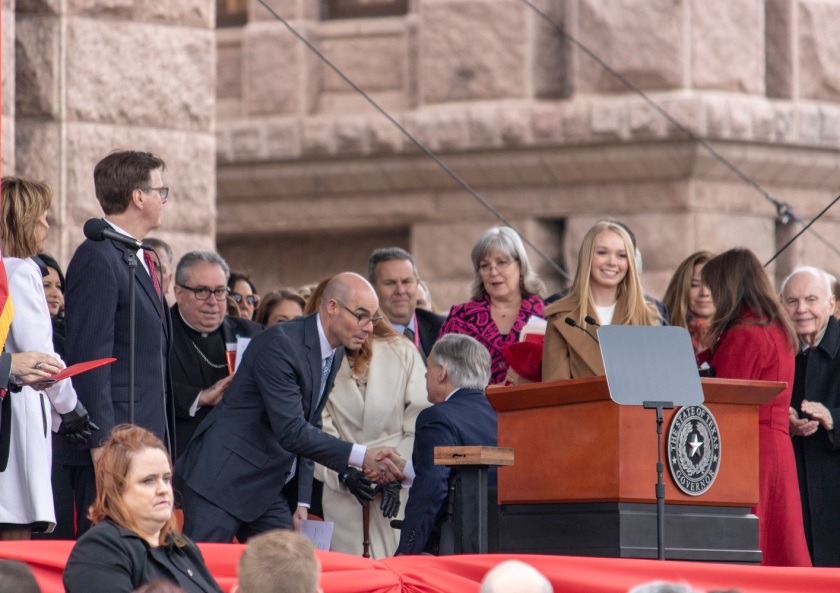 And with that, Speaker Bonnen gaveled the session adjourned. 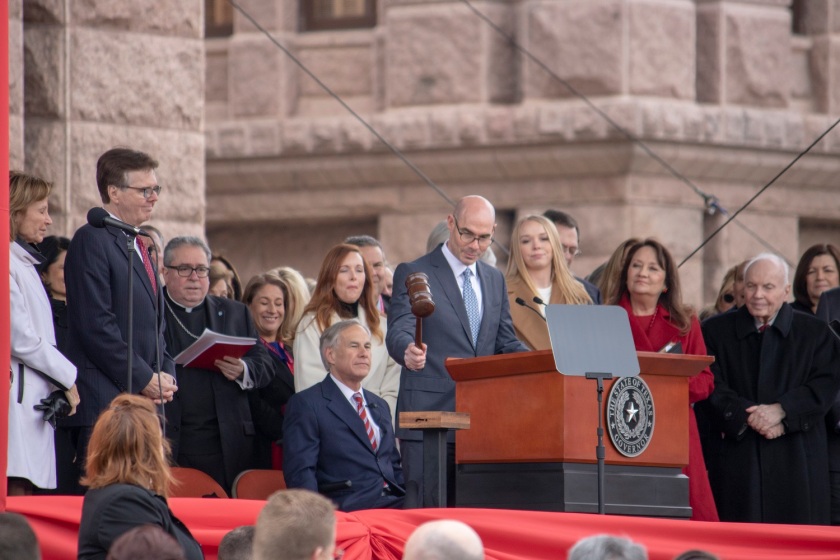 The ceremony came to a close and we were able to take pictures with the current Sam Houston students who are interning at the Capitol, including two LEAP Ambassadors. 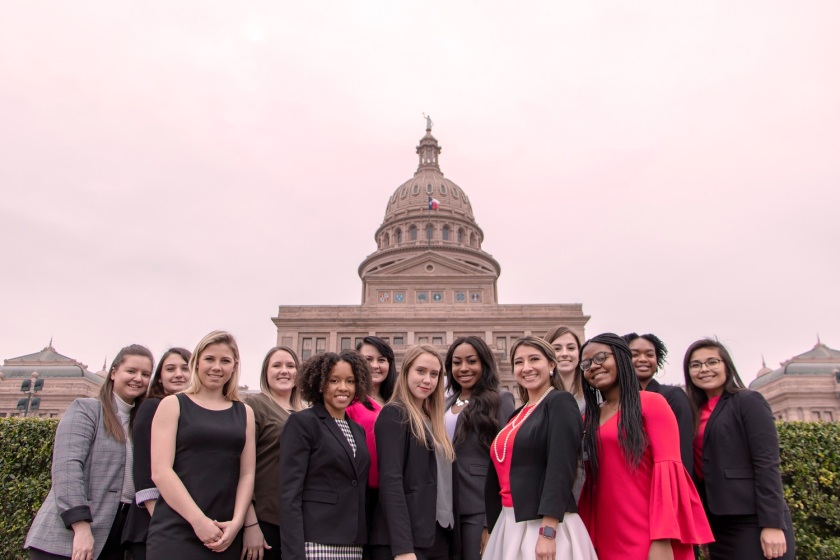