The LEAP Ambassadors–and many friends–traveled to Houston to meet the Consul General of Hungary (Gábor Markocsány) while also learning about Eastern European culture.

We arrived a bit early, which gave us an opportunity to meet with our friends at the World Affairs Council, the non-profit that put on this event.  Indeed, as the event began, Ms. Sandiya Bayot recognized the Sam Houston students and asked them to stand.

Following this unexpected and generous gesture, Ms. Bayot turned over the floor to the Consul General of Hungary: Gábor Markocsány.

He introduced our meal with a discussion (and slide show!) of Hungary’s history and culinary culture.

Consul Markocsány discussed many aspects of Hungary’s history, going all the way back to Attila the Hun!  Among the discussion were many interesting facts.  St. Stephen, for example, is a major hero in Hungary, where he was crowned as a Christian King on Christmas Day in the year 1000.  During his rule he moved his subjects away from pagan rituals and toward Christianity, for which he was ultimately sainted. 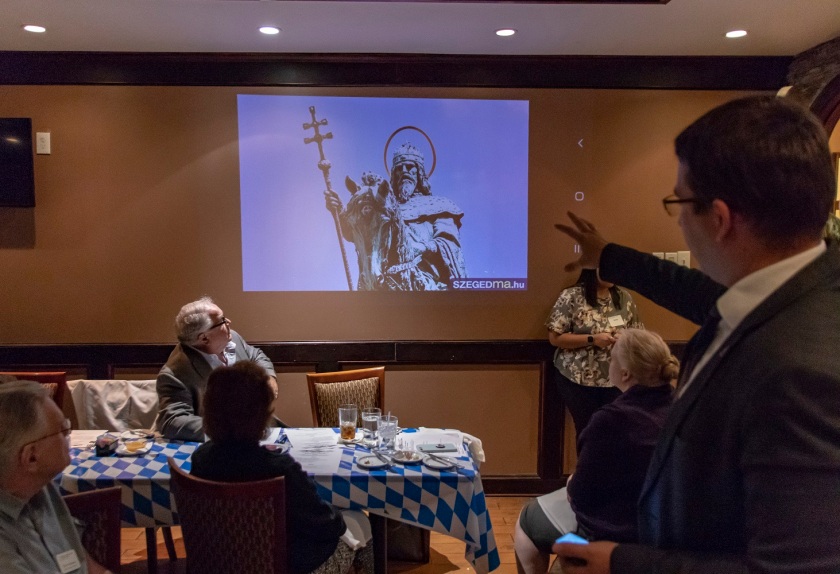 Another interesting fact: many of Hungary’s dishes involve pork.  Why, you ask? Because Muslim Turks controlled Hungary during much of the 16th and 17th centuries, and Muslims did not eat pork.  The pork, then, could be left for their subjects: the Hungarians.  Over this period, pork was heavily integrated into their diet and, ultimately, their culture.

This knowledge served us well as prepared to eat. 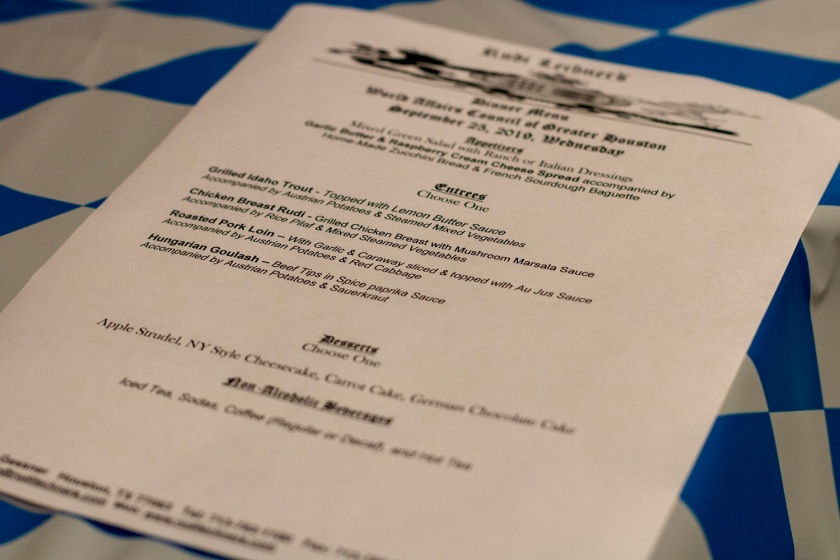 First, we were treated to bread with two types of butter: garlic and raspberry.  And what a treat!  The best bread was the “zucchini bread,” which we didn’t necessarily think we would enjoy, but it was wonderful. 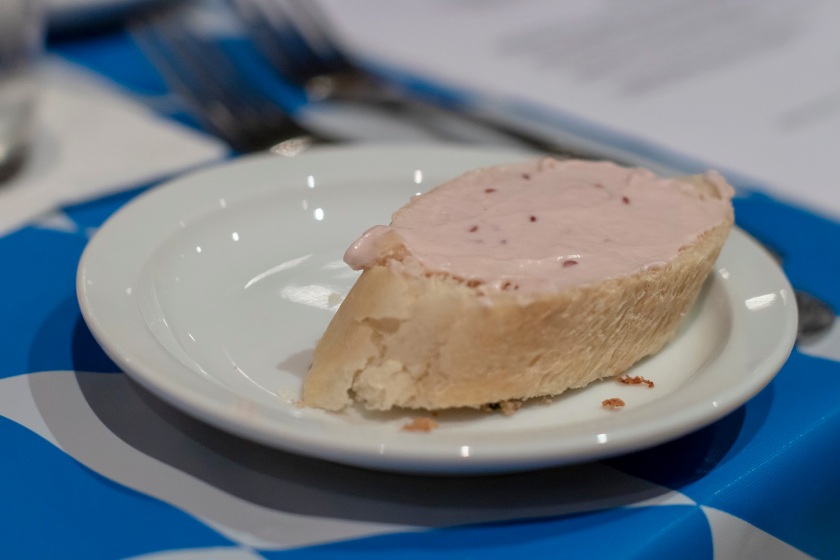 We then chose from entrees that included: Pork Loins, Goulash, Chicken with Mushroom Sauce, or Trout.  Our group tried different meals, so that we could sample from each others’ plates and learn from the whole cultural experience.

For many of the students, it was their first time trying Goulash or other strongly German/Hungarian influences.  The response was strongly positive, particularly when dessert arrived! 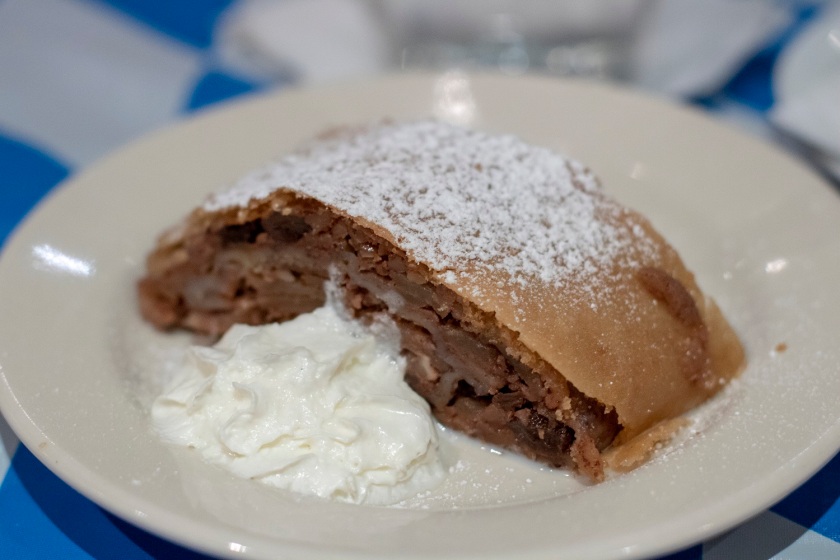 Following dinner, we had the opportunity to meet more new people and also speak to Consul Markocsány.

As always, it was a wonderful evening, filled with information and the generosity of the WAC staff and Consul Markocsány.